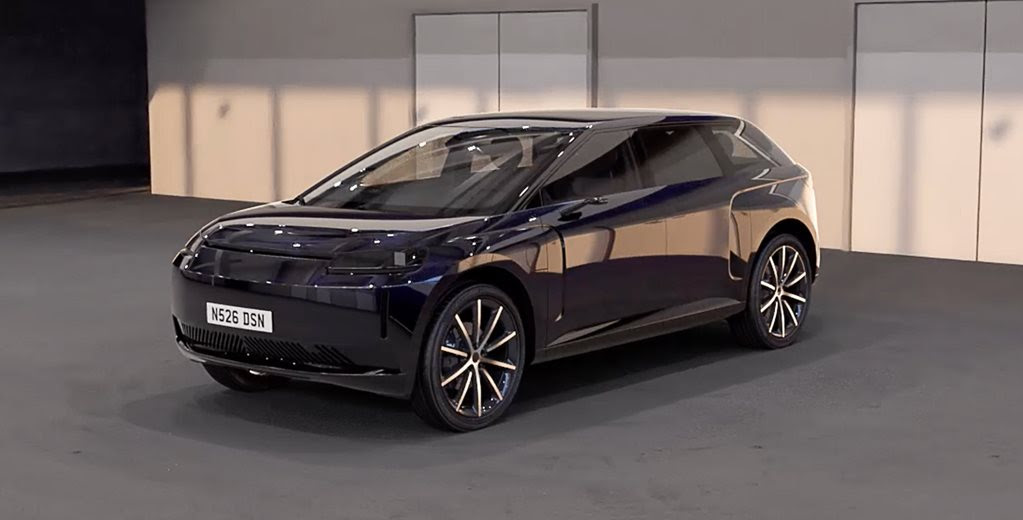 James Dyson had a dream of producing an electric car – and if anyone could do it, it would be genius Englishman who reinvented the vacuum industry.

It wasn’t too be, however, with the billionaire pulling the pin late in 2019.

Here he talks about the Battery Electric Car and what went wrong.

“In 1983, early in the development of my cyclonic technology which separates particulate from an air stream, I visited a spinout company from the University of Minnesota.  They had developed an aerodynamic particle counter which I needed in order to measure the efficacy of my cyclones for particles as small as 0.01 of a micron.

“During the visit, they showed me a copy of a US Bureau of Mines report into the emission of diesel particulate in US mines.

“The report suggested that laboratory mice and rats were suffering heart attacks, cancer and other major health problems when exposed to diesel fumes. As engineers, we couldn’t ignore it, so we started developing various particulate catches, using cyclones and other novel technologies.

“I’ve always been horrified, even as a child, by the cloud of black smoke that would emerge from the back of vehicles.  More recently petroleum and diesel engines have become less smoky, partly because they have made the particulate smaller; it may look better to the naked eye, but they are still not free of dangerous gases.

“Yet, problems with internal combustion engines, and diesel exhaust particulate, continued to be ignored by traditional automotive manufacturers and governments. Tesla started seriously exploring electric cars, but traditional ‘automotive’ had no interest what-so-ever.

“So, some years after the diesel exhaust project started, when we had other technologies of our own, like batteries and motors, we returned to the problem and started developing a car. We put together an exceptional team, built world-class facilities, and developed a radical car which was loaded with technology.

“We solved lots of problems that are traditionally associated with electric vehicles and together the team made great progress and delivered a car which was ready for production.

“Dieselgate changed everything because all automotive manufacturers had no choice but to shift to electric – almost overnight. Electric cars are considerably more expensive to make and manufacturers are making big losses on the sale of each car.

“These losses matter less to them because the sales of electric cars allow them to offset against selling traditional vehicles on which they make a good profit.

“As a technology-based car – being developed by a non-automotive company – we realised that our car was suddenly no longer commercially viable.

It was a difficult decision to stop, because hundreds of engineers, scientists and designers, had poured everything into the project and it was a great engineering achievement. But I have no regrets about having started the programme.

“We learned a lot and Dyson has benefited from a huge influx of engineering talent from the automotive industry – it has quickly been applied in other areas of our research and development.”

“We developed our car from the ground-up, and didn’t borrow parts from other manufacturers. It was designed as a platform, so we could design other body styles to sit on it.

“The first model was an SUV; at speed, it would drop itself down to be more aerodynamic and then it could be raised up to give it even more ground clearance.

“When I first drove our car, I felt exactly the same as when I first used our hairdryer prototype, or the vacuum cleaner – I enjoyed it, but I was not surprised, in fact we immediately looked for improvements!

“When you’re involved in designing and developing every little detail of a product it takes away the surprise of seeing or using it for the first time.”

“The car is exactly five metres long, with big wheels and huge ground clearance which is helped by the fact it has a completely flat bottom.

“The wheels are actually one of the most interesting aspects; because of their size, you get lower rolling resistance and you can ride bumps and potholes more easily – it’s exactly the opposite of a Mini.

“The wheels are right in the corners and I don’t think you’ll find any other car with the rear wheels as far back as this. The placement and size of the wheels gave us some unexpected advantages in comfort and road holding.”

“These compact and lightweight units were mounted on subframes at the front and rear of the car.

“The high capacity battery pack assembly was designed as an integral part of the body structure to optimise both weight and the space available for occupants in the cabin as well as providing the necessary rigidity and impact protection.

“The aluminium battery pack casing was flexible in design to allow for a variety of possible sizes and types of battery cell solution to be fitted throughout the life of the vehicle platform without the need for any significant re-engineering.”

“The most striking effect when you get inside is the feeling of space. This is because the wheels are placed at the extremities of the four corners and combined with the absence of the car engine and exhaust pipes, you have the internal space of a long-wheelbase SUV without the disadvantage of the massive external body.

“I hate the 1930s armchair look that car seats typically have and I haven’t yet found a car seat that has proper lumbar support. We wanted a more elegant, structural seat, with well-considered posture support.

“When you sit in this, it gives you that support in all the right areas. The car has three rows of seats, capable of seating seven adults in comfort.

“We also used our own air filtration technology in the car to control the environment, not just in terms of temperature but also to clean the air.

“I also never wanted anyone to have to take their eyes off the road, so that was my starting point – so we have a heads-up display and all the controls are on the steering wheel.”

The home of the Battery Electric Car – Hullavington Airfield

“We approached the British Government to buy the disused Ministry of Defence airfield at Hullavington.

“We learned quickly that buying an airfield from the government isn’t straightforward. Under the ‘Crichel Down Rules’, the airfield had to be offered back to its former owners at today’s market price.

“This meant we had to track them down and negotiate what is known as a ‘back-to-back deal’ with the families that owned the farmland before the war.

“They were very surprised, but pleased, to hear from us and Dyson had finally bought the various sections of the airfield on 27 February 2017. Then we set about painstakingly restoring it and turning the cavernous hangars into the light-filled, high-tech spaces they are today.

“Since the automotive project closed, the airfield became the home of Dyson’s COVID-19 ventilator project. Now it will become a new home to our Robotics, Environmental Care, Professional and Lighting teams – so that they can expand their work. I am confident that we will make many exciting discoveries there.”