News from the Geneva Motor Show

There have been motor shows where there are one or two significant car launches. At Geneva this year we’ve been buried in an avalanche of new models.

So much so that some key cars seem to have been lost in the maelstrom of new metal. Alfa Romeo Tonale anyone? But amid all the launch fanfare, it’s been a show that signifies a changing of the guard in many respects.

If you’re not going electric, you’re going out of business 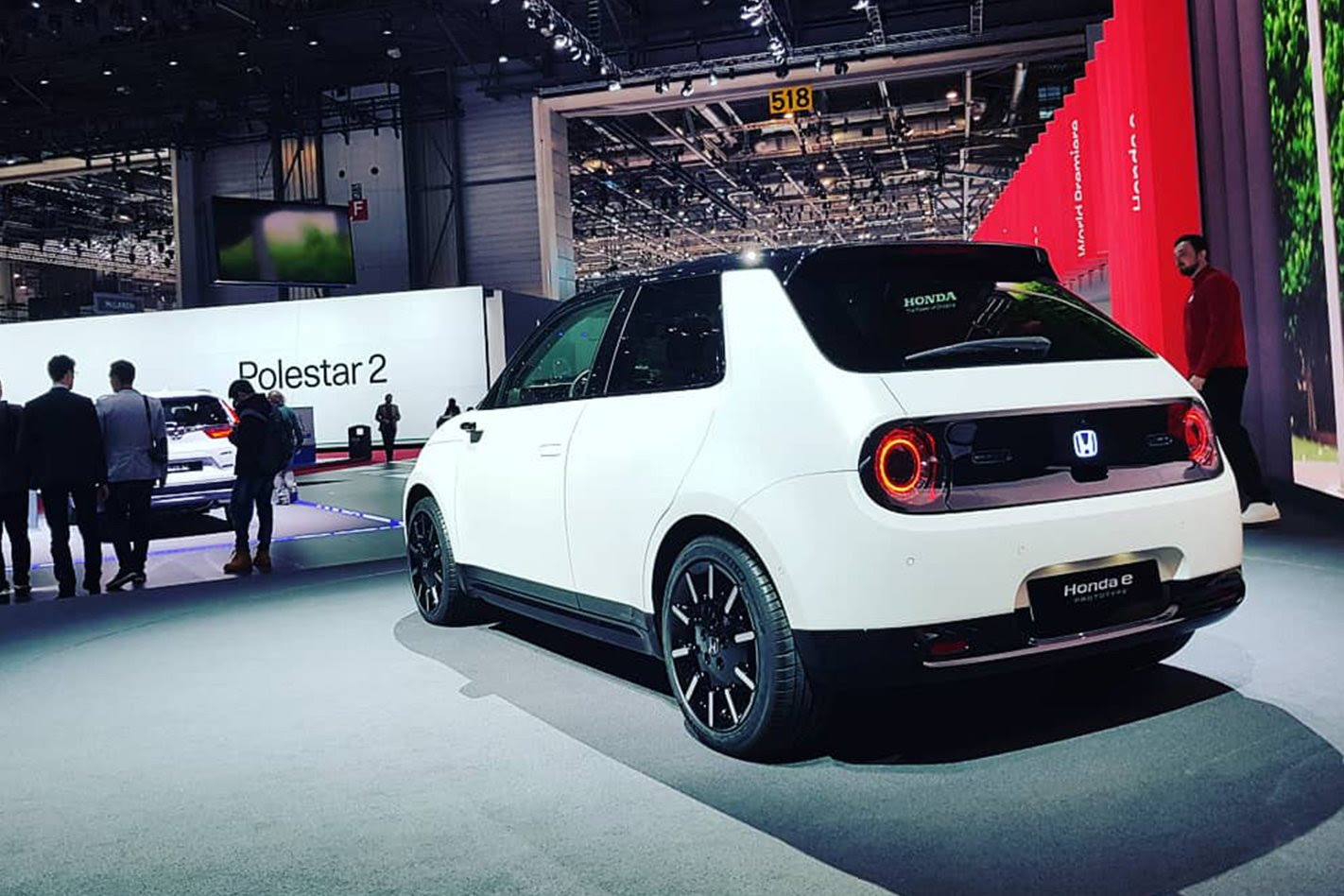 That may sound like a bold prediction in fossil-fuelled Australia, but it’s an inescapable fact. Some manufacturers who have been slow to adopt change are set to find themselves going the way of Kodak. The GFC demonstrated that no manufacturer is too big to fail and the coming shakeout will see some big names crumble.

Rimac is the company that currently holds all the aces. Not Tesla, not Toyota. You might recall that Porsche has bought a 10 percent share in Mate Rimac’s business and Pininfarina, Koenigsegg and also Aston Martin in its Valkyrie use Rimac’s battery technology. Rimac managed to develop a 9,27kWh battery-pack consisting of over 3000 individual parts that can deliver 4.35kW per kilogram in a package that weighs 115kg and occupies only 67 litres of volume in the middle of the vehicle. No other manufacturer gets close to this, so it’s not just about hypercars. On the electric car battlefield, Rimac is currently the force multiplier. 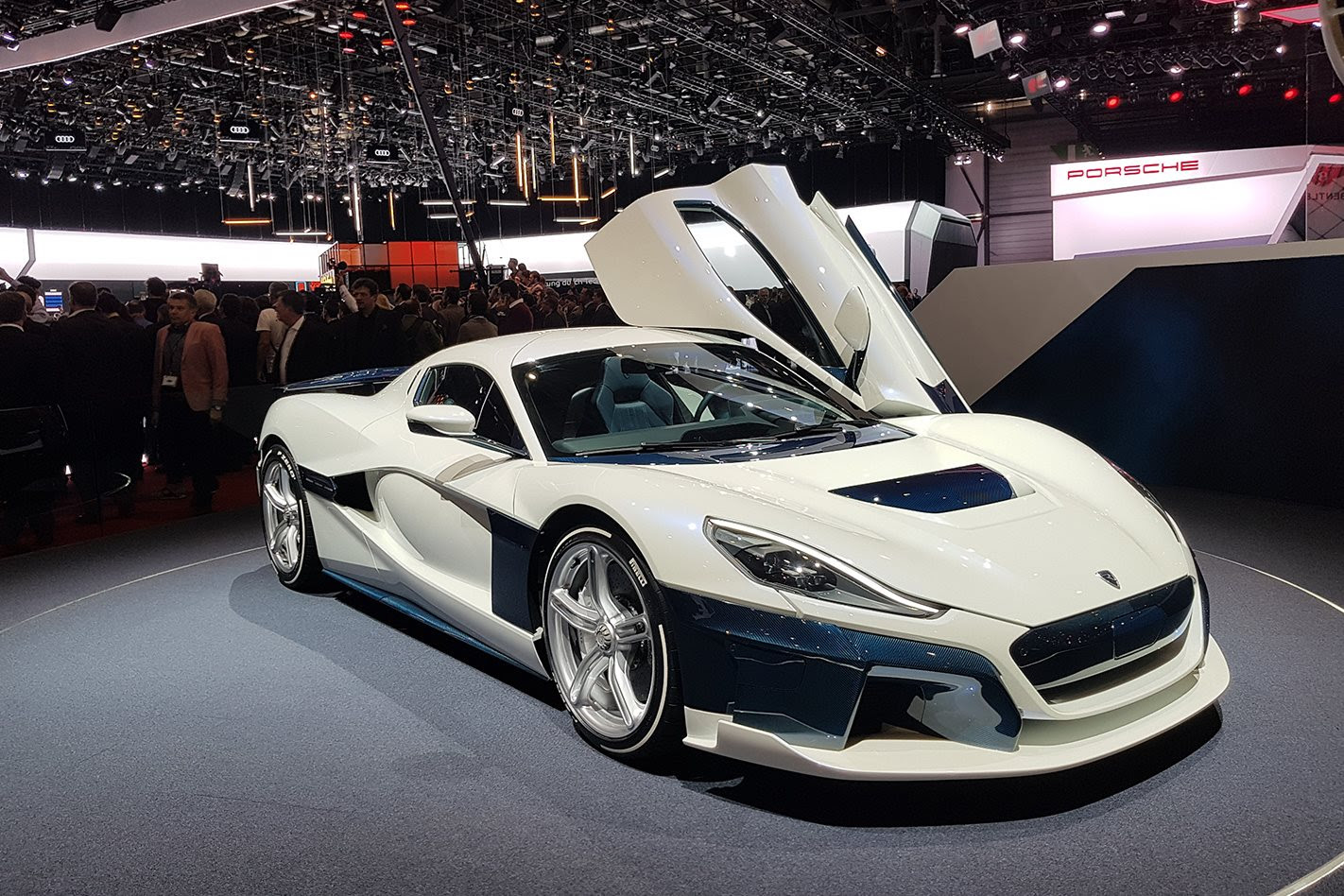 Supercars are back. Loads of them.

You couldn’t move for supercars at this year’s show. The Bugatti La Voiture Noire, the Koenigsegg Jesko, the Aston Martin Vanquish concept, the Pininfarina Battista and the Rimac C-Two, the Lamborghini Aventador SVJ Roadster; the list goes on. Ferrari’s F8 Tributo would be a headliner most years but here it didn’t even get a sniff. Supercars were popping up from all corners. Chinese manufacturer Arcfox appeared, seemingly fully formed with its quad electric motor GT. Next door, a more illustrious name, Piech, was displaying its electric Mark Zero and claiming an 80 percent charge in 4 minutes and 40 seconds. Full charge was good for 500km WLTP. It seems that the birth of the electric supercar has given supercars as a whole a new respectability. Even if they happen to be powered by an atmo V12. 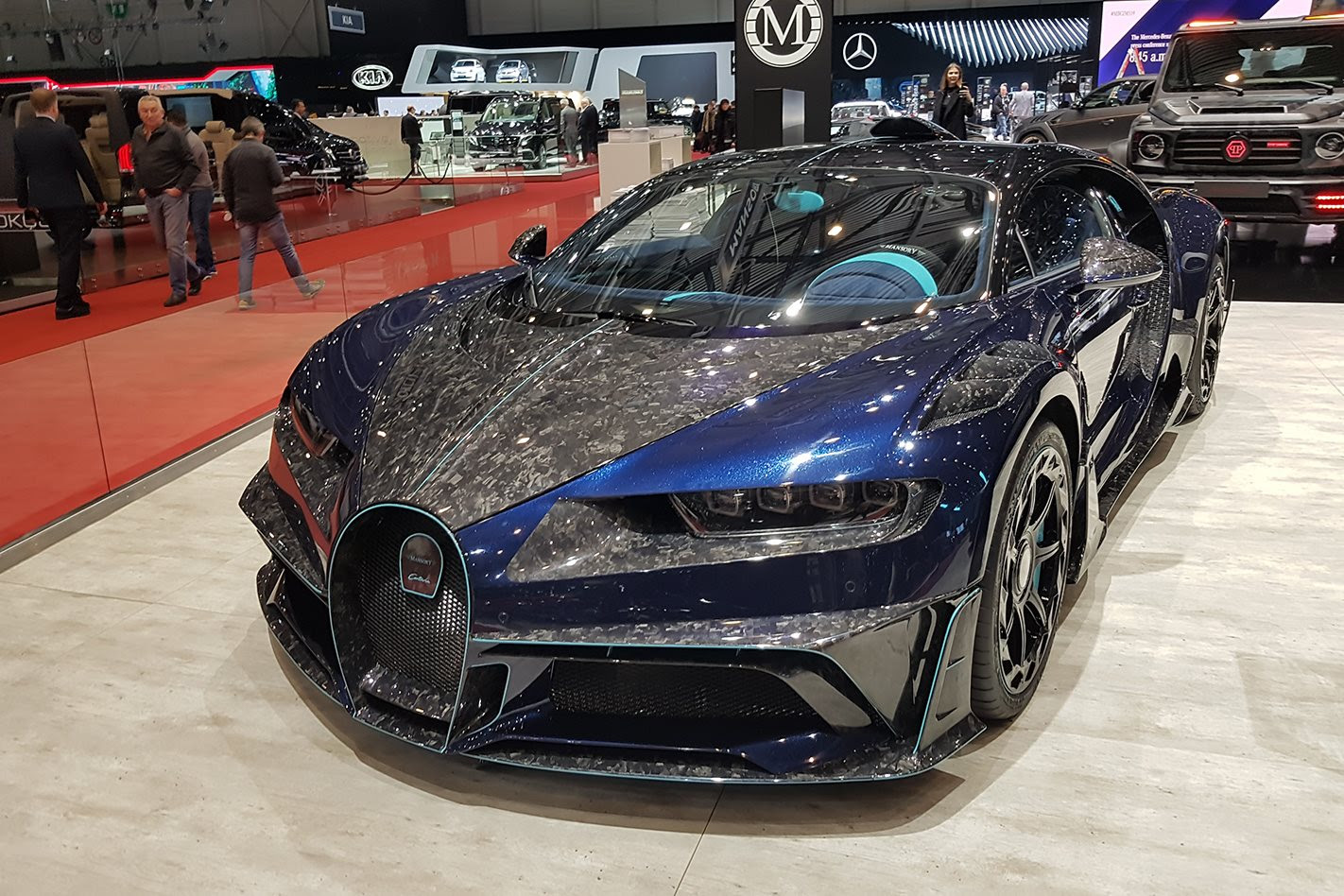 There was once a time that Aston Martin was still building a car based on Jaguar XJ-S underpinnings while Tesla was already building electric cars. Under Andy Palmer, the company has been transformed into arguably the most dynamic manufacturer bar none. A series of great hires, some inspired product choices and the simple expedient of listening to customers could well see Aston propel itself into the big leagues. The trio of Valkyrie, AM RB-003, and Vanquish concept, unveiled on the stand at Geneva brought the house down. 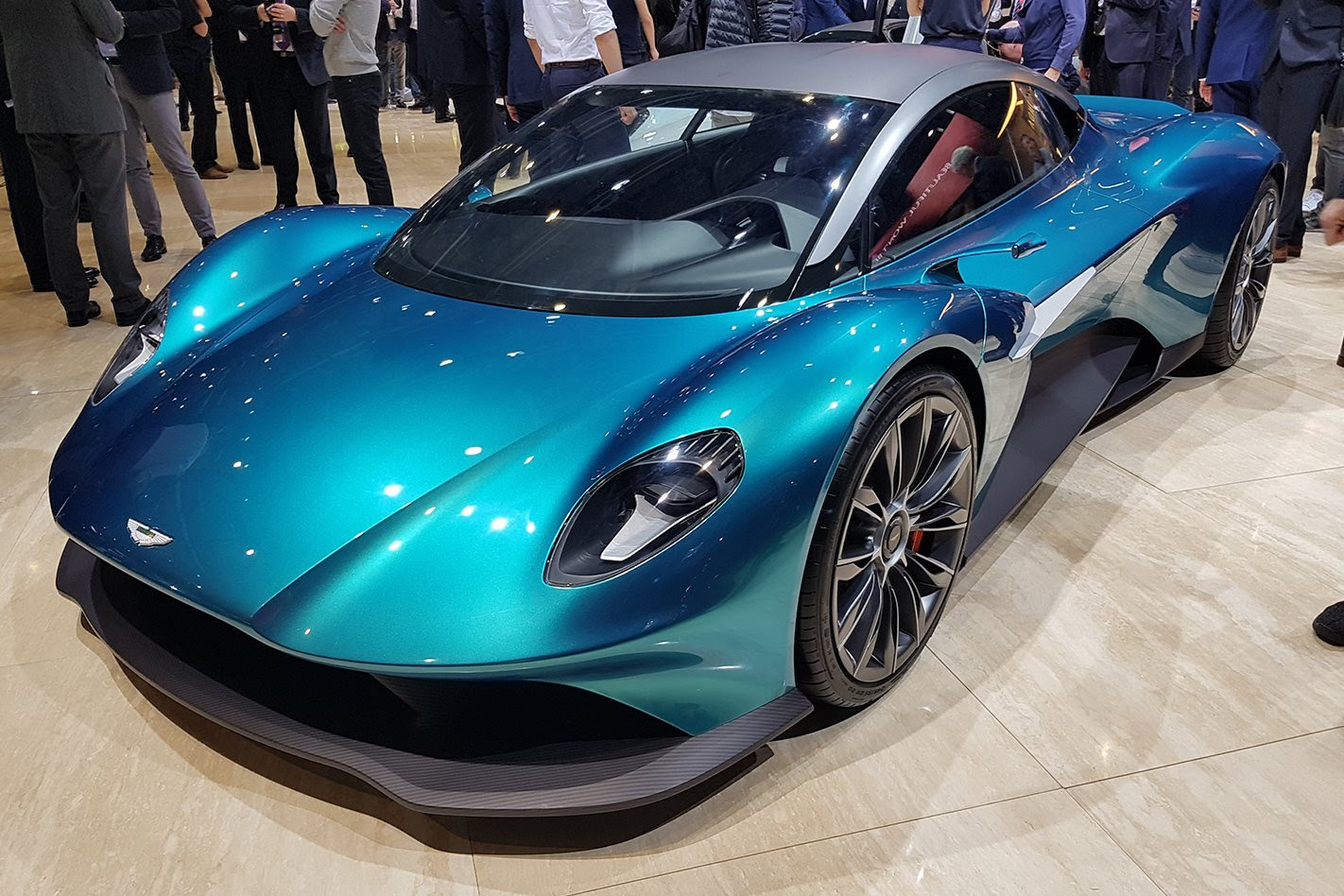 There’s still plenty to point and laugh at

Whether it’s the forged-carbon gaudiness on the Mansory stand, prancing peacocks in check suits with mullets, everyone with a selfie stick deciding they’re important social media influencers, or the fact that flying cars still haven’t taken off, the Geneva Show always has a lighter side. Rinspeed had their usual display of wacky ideas that will never see the light of production. How does this company stay in business? It’s like Sauber, one of those Swiss businesses that just seems to magic funding out of thin air.