Cars are stolen in Australia at an alarming rate. Let’s make it more difficult for the thieves……

According to the latest figures from the National Motor Vehicle Theft Reduction Council, Australian car thefts increased by 9.0 percent in 2019, with more than 58,000 vehicles stolen nationwide.

A majority of the thefts – nearly 30 percent – were reported in Victoria, Queensland has the unenviable title of second with nearly a quarter of the national figure, while New South Wales represented just over 20 percent in third place.

Interestingly though, even though the Northern Territory reported the lowest number of car thefts, it’s statistically the state or territory where you’re most likely to have a car stolen. 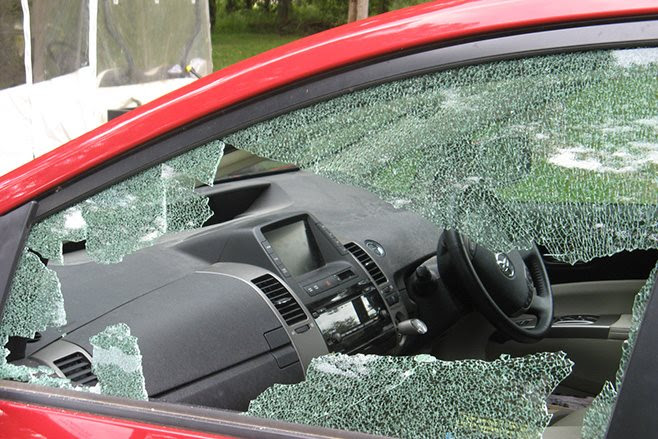 Either way, those numbers should be concerning to any car owner, but there’s good news – protecting your car, reducing the risk of it falling into the wrong hands and avoiding the tiresome insurance claims process might be simpler than you think.

Here’s the essential lowdown on car theft that any car owner should keep in mind and should be part of your motoring routine.

How and why are cars stolen?

As always, information is power, and understanding how a majority of cars are stolen enables the best prevention strategy. Here are the most common scenarios according to Budget Direct’s 2019 car theft statistics:

#1. Contrary to popular belief, a majority of cars are not stolen by a masked criminal smashing a window before expertly hot-wiring the ignition and setting off at pace.

Actually, most cars are stolen using the key that belongs to it. About 37 percent, in fact, are unlocked, started and driven away exactly as the lawful owner would.

#2. Second to that, 18 percent of cars are stolen using – somewhat amazingly – keys left inside the car. In this scenario, the thief forcefully gains entry to the car but finds a key to start the vehicle without fuss. Leaving a spare key in the glove box is the automotive equivalent of leaving your front door key under the mat.

#3. Acquiring a key through other methods is the third most common way a car is stolen in Australia accounting for 12 percent. This includes finding out the car’s VIN then enlisting a less than scrupulous locksmith to make a copy.

#4. Seven percent of cars are ‘taken without consent’ and thankfully, relatively few are taken by robbery, which includes the criminal confronting the owner and demanding the keys or car to be handed over. This type of theft includes carjacking. 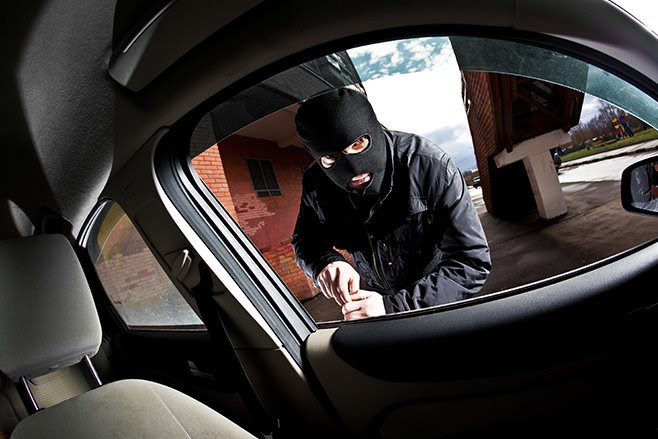 Five percent of vehicles are stolen through misleading the owner, forgery or fraud. Examples include car sales scamming, or dodgy cheques that bounce after the car has been handed over.

#5. Just two percent of cars stolen in Australia are removed by towing or rolling without starting the engine. Using a truck to lift the vehicle onto a flat bed is an extreme case, while breaking in and releasing the park brake to roll it to another location falls under the same percentage.

What can you do to prevent car theft?

Even in the most affluent suburbs, your car is still at risk – actually criminals targeting specific models or makes in so-called ‘stolen to order’ thefts gravitate to where the high-end vehicles live.

There’s one thing for certain, though; thieves don’t like to be caught in the act, so park your car in the safest spot possible. Think light, exposed and busy.

There are also some carparks that offer safety zones which are patrolled or have intercom contact with security, so keep an eye out for those if parking in a carpark overnight.

Since about the early 1990s, cars have included more sophisticated electronics including in many cases some form of immobiliser, so finding the keys is a thieves’ newest mission. Keep the keys somewhere safe and hidden, and you’re one big step closer to keeping your car safe.

Avoid leaving them anywhere obvious such as your handbag or jacket pocket. Or, even worse, the hall table.

While the number-one method of car theft is acquiring the key through ‘burglary’, thieves have been known to snag keys from a table or hook near the front door with a shaped metal wire sent through the letterbox. Ironic that modern cars are still being stolen using a bent coat hanger.

As well, think about locking both your screen door and your main door as a deterrent against opportunistic car thieves.

Clever scams though online sales services are becoming an increasing problem. The criminal poses as a legitimate interested buyer before enacting a number of possible deceptions.

There are many tricks and scams that thieves can try but the general rule is simple – do not hand over your car or keys unless the full amount you have agreed on is either in your hand or proven to be in your bank account.

And don’t get blindsided by an easy sale. As the saying goes, if it looks too good to be true…

Finally, be discreet with your information when advertising online particularly if you’re selling a high-value car.

Keep your address, registration and VIN a secret until you are certain the buyer is trustworthy.

There are a number of aftermarket products that can make your car harder or less tempting to steal, from the somewhat agricultural but effective steering lock to ultra-modern tracking systems.

Most importantly because they are useless if they are in the car you have become locked out of! Many victims of this kind of theft may not even have been aware there was a spare inside the vehicle.

When you acquire a new car, search through the service books and handbook looking for ‘valet’ or ‘wallet’ keys. This special type of key is slimmer and sometimes even made out of plastic to allow it to be stored in your wallet for emergencies.

Valet keys won’t allow access to luggage and glovebox areas, but will unlock and start the car. Make sure you know where all the keys to your car are and keep them somewhere safe.

Don’t leave anything valuable in the car

Just because they can’t steal your car doesn’t mean they’re not willing to escape with other small wins. If you have to leave your valuables in the car, make sure they cant be seen from outside the car to avoid tempting a suspicious passer-by from cracking the window and escaping with your goods.

We’ve heard of cases where a row of ten cars was burgled, with each car netting the thief less than ten dollars. But a hundred bucks for a few minutes of dirty work is still a hundred bucks.

Don’t leave your garage opener in the car either, as thieves can use this to gain access to your home. 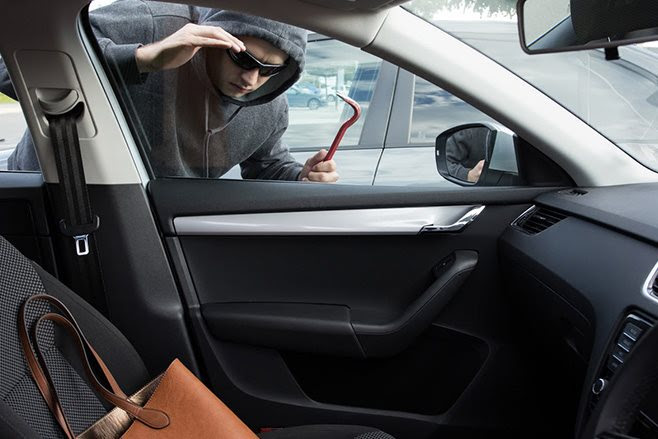 Even if you know a visible item isn’t valuable, a thief does not. Don’t make them want to come in for a closer look and, if in doubt, hide it.

Lock your doors when driving

Many modern cars will do this optionally when you pull away and you can find it in the vehicle settings. This mitigates the chances of carjackings.

And don’t worry about getting stuck in the car in the event of an accident or other altercation. The majority of vehicles with central locking have a crash sensor that will pop the door locks allowing you out or emergency service workers in.

Leaving your car unlocked or a window open gives thieves a head start and, since many thefts are opportunist crimes they can be avoided by removing temptation for a thief.

In some cases leaving your car running while unattended is illegal so don’t risk becoming the target of the police as well!

If all Australian drivers followed these simple steps, the national car theft numbers could be slashed, so let’s all do our bit to make thieves’ lives harder.