When it comes to buying the first car for your cherished offspring, safety is usually the number one priority for parents.

Certain brands like Volvo were always synonymous with safety, but most other brands have caught up and today, even some of the cheapest cars in showrooms come with key safety features that will help prevent or mitigate an accident or protect occupants if a crash can’t be avoided. 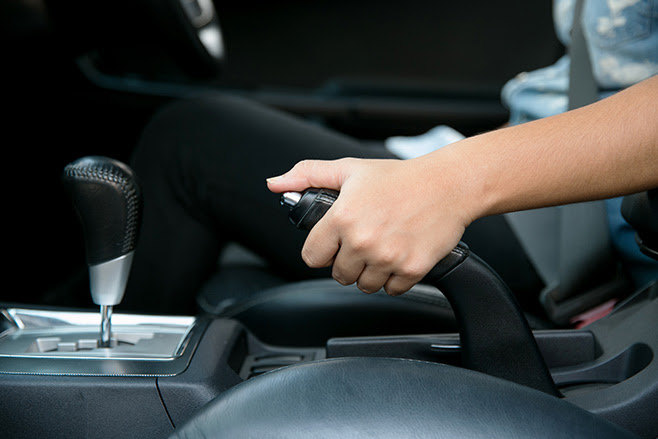 But before you get to that point of helping a teen driver choose a car, it’s important to establish what size and shape vehicle is going to be best.

A smaller car with a lower centre of gravity is going to be easier for an inexperienced driver to handle than say, a large SUV, and is less likely to trip them up.

In the past, small cars weren’t as safe in a crash as bigger ones so people were more likely to teach their teens in a big family car than a hatchback. However, the modern small car is a technological wonder when it comes to safety, often achieving five-star ratings in crash tests. They are also far easier to park and manoeuver.

The other important factor to consider is power. Giving your teen a vehicle with too much grunt is simply tempting fate, because many of them will be curious to find out just what their right foot can achieve.

So a small car with active safety features, a high safety rating and an engine that’s more about fuel economy than 0-100km/h performance times is the way to go.

Here are five of the best affordable Safe Cars for New Drivers, all of which come with autonomous emergency braking as standard. They also all have Android Auto and Apple CarPlay that will let younger drivers listen to text messages and listen to music without having to touch at their phone – some states do have restrictions on its use for P-platers so be sure to check.

The Mazda 2 looks good, feels nice inside, and is more fun to drive than most city cars. Its 1.5-litre engine is very easy on fuel and, like the Toyota Corolla, it’s available with a choice of attractive hatchback and sedan variants. Every Mazda 2 has autonomous emergency braking that Mazda calls Smart City Brake Support. It relies on a laser sensor and is effective at speeds below 30km/h. If the sensor detects a looming obstacle – typically another car that has slowed suddenly – the car will warn you of the risk, and if necessary, apply the brakes automatically. The idea is to save you the indignity, expense, and injury at low-speeds.

Even the cheapest Mazda 2 has a host of active safety features found in few of its light-car rivals, including blind-spot monitoring, rear-cross traffic alert, lane departure warning, lane-keeping assist.

Other safety features include stability control that’s mandatory in all new cars, rear parking sensors, seatbelt reminders for all seats, six airbags, and city-speed auto emergency braking – a broadly based safety package that stands out among cars of this size and price. Needless to say, it has a five-star ANCAP rating.

Just about the perfect Goldilocks size for a learner driver – not too big and not too small, just right – the Hyundai i30 offers a five-star ANCAP safety rating, thanks in part to its seven airbags (including full-length curtains, side or thorax airbags and driver’s knee). 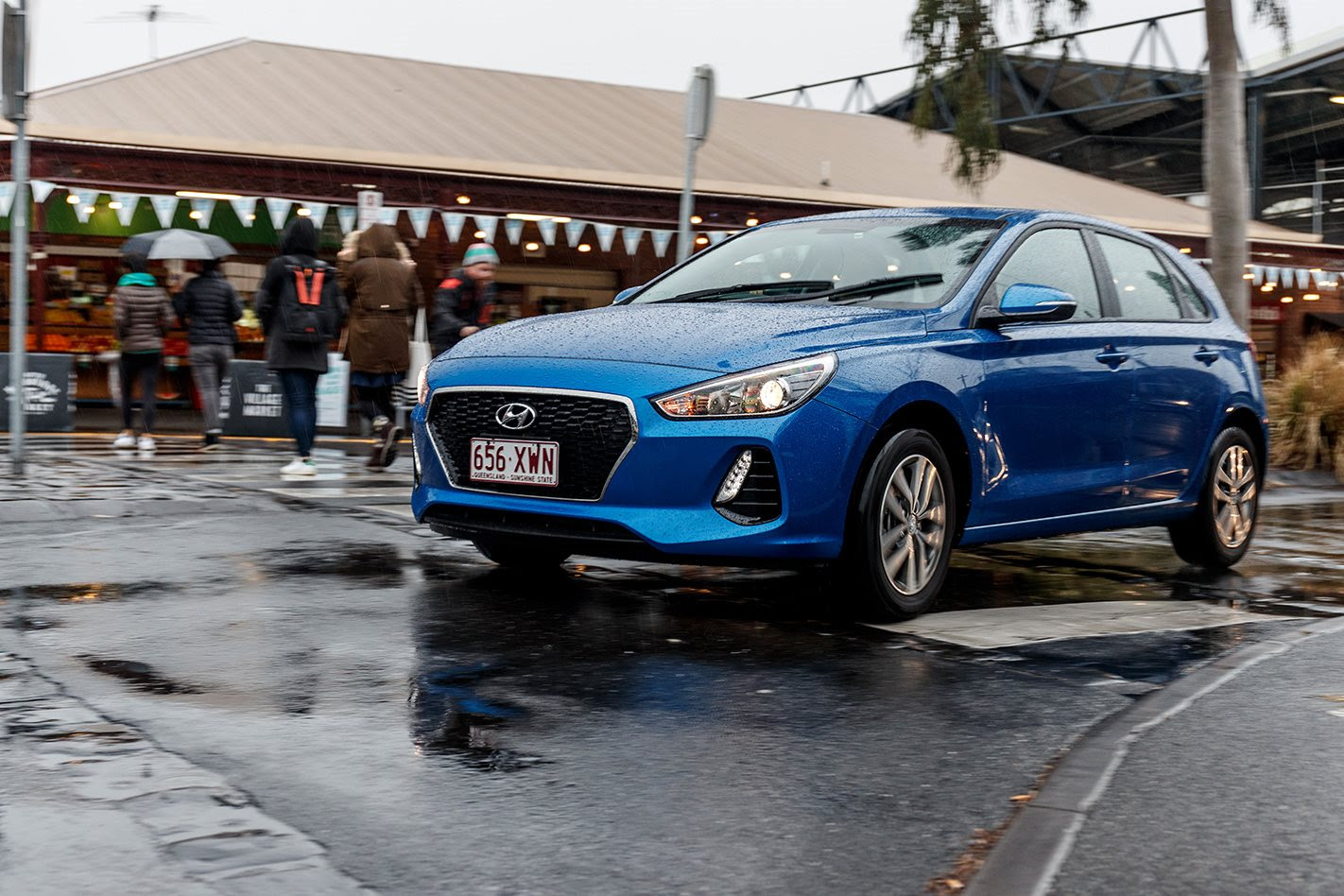 For about $1750 you can add an active-safety pack to the cheaper Go and Active versions, that comes standard with upper-spec models. This brings adaptive cruise control, autonomous emergency braking, lane-keeping assistance, a driver-attention alert, blind-spot detection (with lane-change assist), and a rear cross-traffic alert.

The standard 2.0-litre engine is capable enough and isn’t left huffing and puffing up hills quite like the Mazda 2 mentioned above, but it’s never going to frighten anyone either.

Hyundai offers a rear-view camera and parking sensors as standard, which will make it harder for youngsters to reverse into things.

The VW Polo is an excellent small car, has a five-star ANCAP rating, and is the cheapest way you can wrap genuine German engineering around your loved ones. That means a full suite of safety systems (ESC, EBD, ABS) and an auto-braking system that works at city or highway speeds. It uses a radar-type sensor to scan the roadway ahead for obstacles and sounds an alarm if it senses an impending collision. If the driver ignores the warning it will initiate an emergency stop.

The Polo also has a driver fatigue monitor that assesses your use of the steering wheel over long journeys, prompting you to take a break if it concludes you might be falling asleep.

With its tiny 1.0-litre three-cylinder turbocharged petrol engine, the Polo will get to 100km/h when it’s good and ready, yet it still feels zippy enough to keep you awake thanks to the torque from the turbocharger.

The 12th-generation Toyota Corolla brings all the necessary ingredients that have long made it the world’s most popular car but in a stylish package that even teens will think is cool. The Corolla has a five-star ANCAP safety rating and is equipped with seven airbags including side curtains, stability control, a reversing camera, and rear parking sensors. Even the cheapest version has autonomous emergency braking, and other advanced driver assistance tech including lane departure alert, adaptive cruise control, and headlamps that dip automatically for oncoming drivers.

Available with a 2.0-litre petrol engine, or 1.8-litre hybrid powertrain, each Corolla version is fun to drive without being racy.

If your kid is set on getting an SUV you could do worse than the feature-packed Seltos, which is comfortable, quiet, and fun to drive thanks to its suspension that has been tuned to suit Australian conditions. Autonomous emergency braking is standard across the range, and in the cheaper S and S+ variants can initiate a full emergency stop automatically from speeds up to about 80km/h.

For $1000 you can opt for a safety pack that adds a higher grade, radar and camera-based ‘Fusion II AEB’ with pedestrian and cyclist detection. This system is standard in the higher-spec Sport+ and GT Line and also includes advanced smart cruise control that slows to a stop in heavy traffic, electronic parking brake, and 15-inch rear disc brakes.

Covered by Kia’s seven-year warranty, the Seltos also comes with driver attention alert that detects and warns you if you’re driving a little erratically (a sign of fatigue), lane-keeping assist, six airbags, a reversing camera and a seatbelt warning for every seat. Then, of course, there’s the mandatory stability control to complete the package, which earned a five-star ANCAP rating in October 2019.