These prestige offerings from Europe are more than a match for equivalent SUVs. Wagons are back.

What if you wanted to break free from the new norm and go back to something more traditional? Yes, of course, we’re talking about the mass migration to SUVs that seems to know no limits. However, a wagon will do just about everything the modern SUV is tasked with, the only downfall being a lack of raised ride height and very few drivers need that. So we’ve got the new Volvo V60 and the BMW 330i Touring together to see which wagon is best. 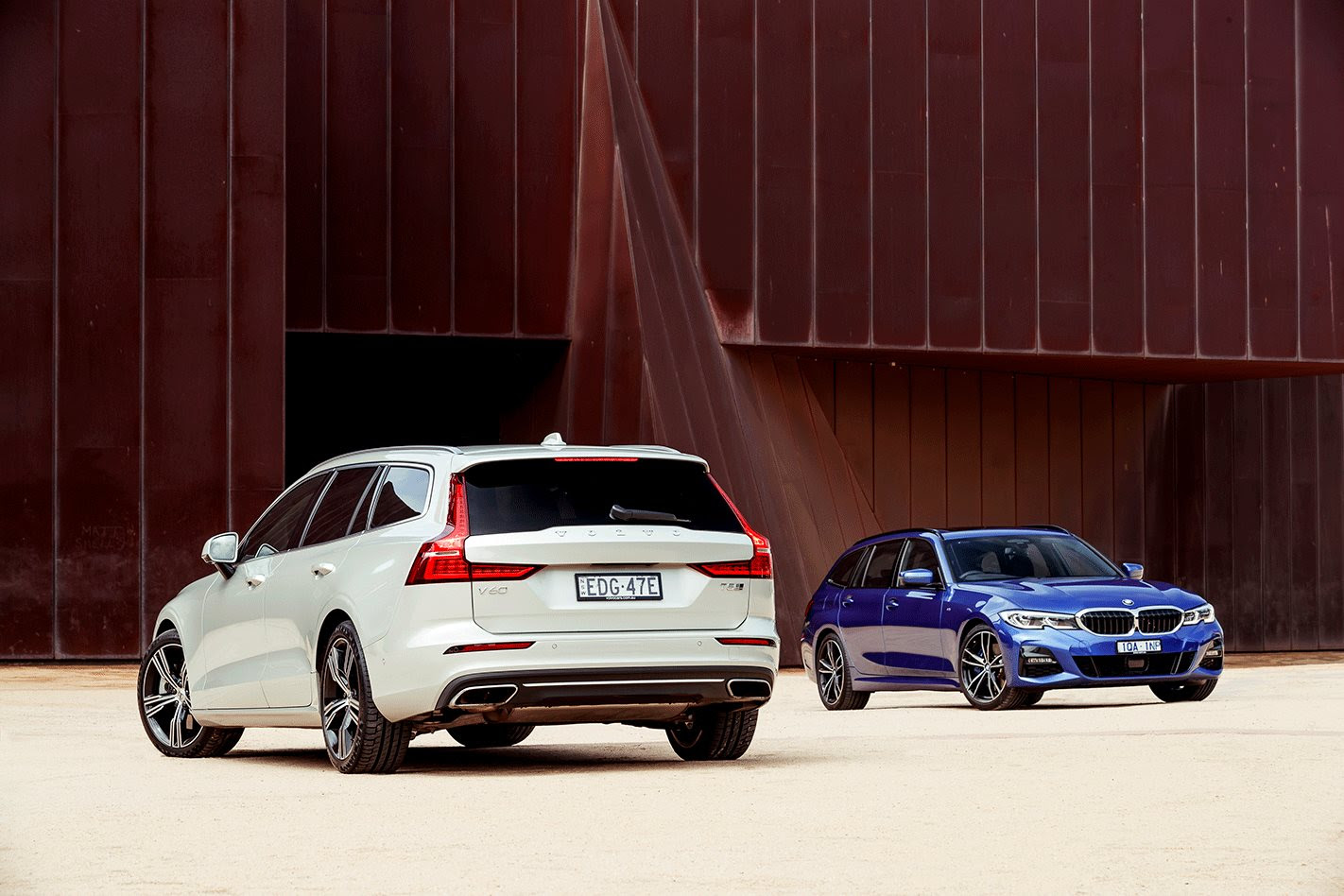 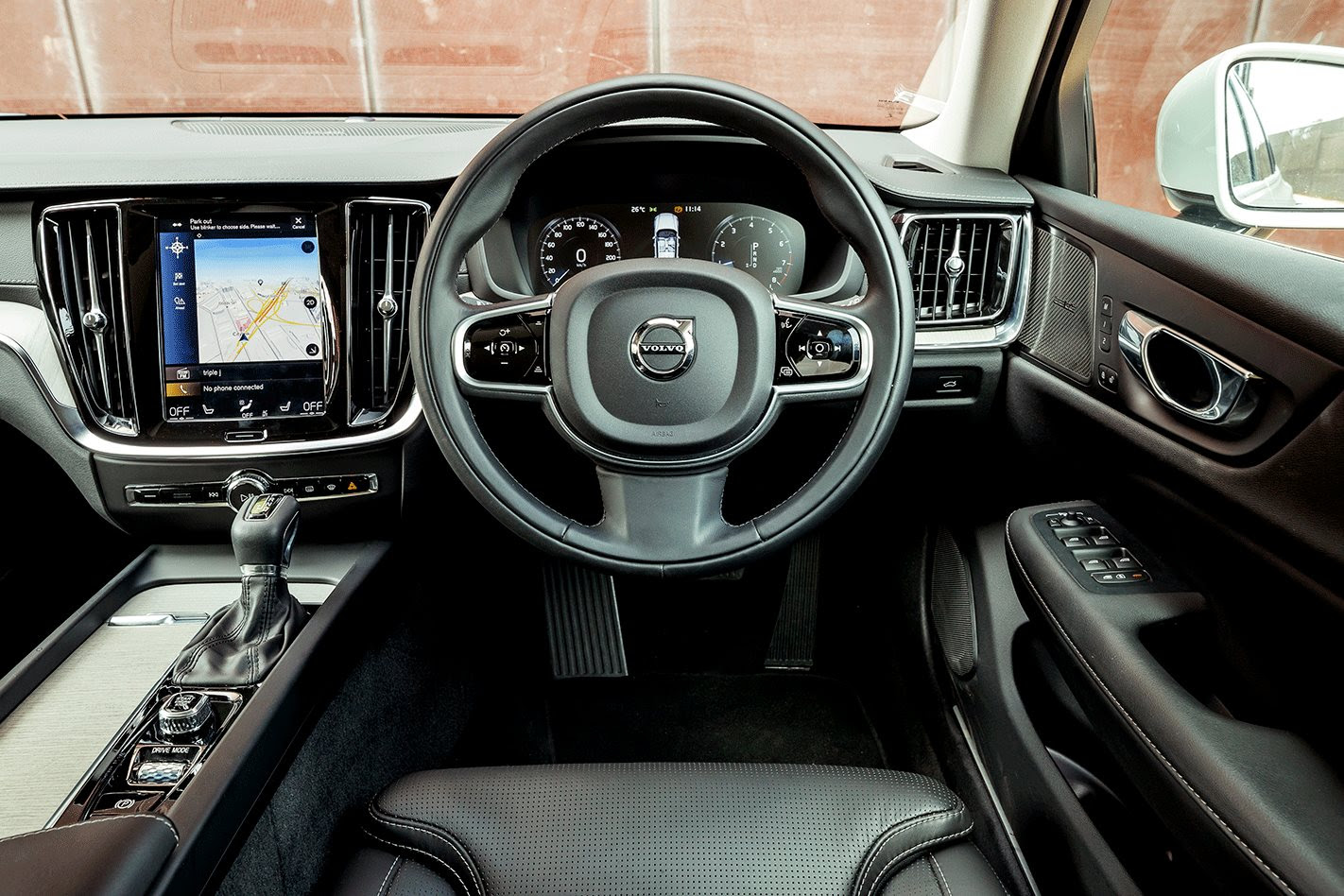 The V60 offers 529 litres of space behind the rear seats, expanding to 1441 litres when the rear seats are folded flat (an incredibly easy process). This is 26 litres larger and 69 litres smaller than the BMW respectively. Comparatively, rear legroom and headroom is not generous for adult rear-seat occupants. Comfort levels and adjustability of the seats are high, and Volvo’s designers have equipped the interior with handy cubbies and compartments.

The Touring has a neat 500 litres of boot space, expanding to 1510 litres with the rear seats folded. But the German truly shades the Swede in rear occupant space. Where taller adults may feel a tad cramped in the rear of the V60, the back of the BMW moves the needle in terms of space enough to make longer journeys palatable. Front seats are comfortable on long drives, and offer more side bolstering than those in the Volvo. 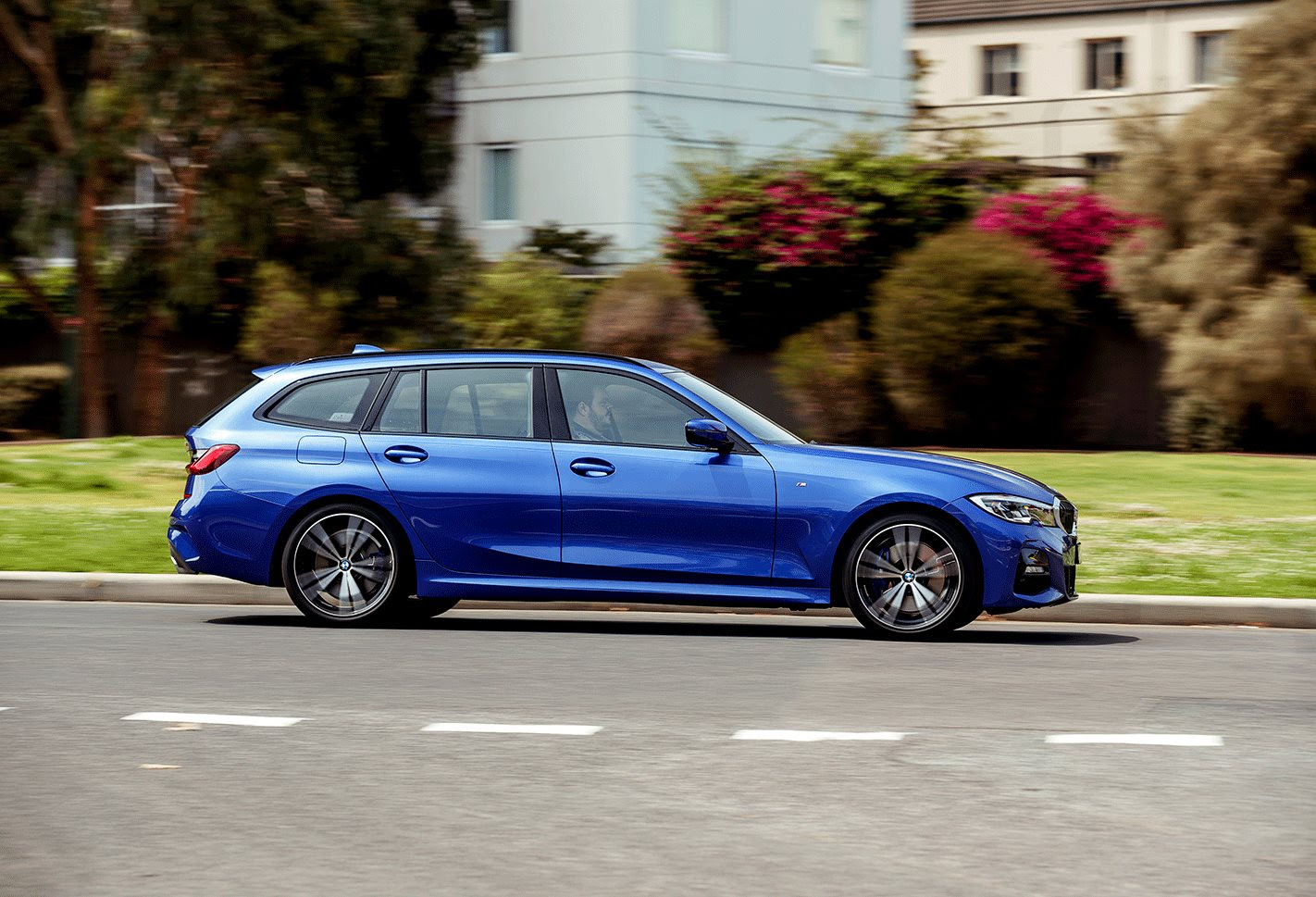 Adaptive dampers are recommended when speccing a V60 as they give the Volvo a mostly impressive ride quality on the standard 19-inch wheels. However, ride can be crashy over sharp bumps when the car is fully loaded with people and luggage. All-wheel drive delivers excellent traction, and helps the V60 feel planted and confident. Steering is light and direct around town, though more feedback through the wheel would be welcome.

BMW’s chassis engineers should be commended for their work on the 330i. It has a delightful suspension tune that allows it to be engaging and playful during dynamic driving, while retaining poise and ride refinement around town. It also remains composed over rougher roads even when packed with gear. Steering is weighted slightly heavier than that of the Volvo but is more communicative. The Touring is a real driver’s car that also boasts great day-to-day practicality. 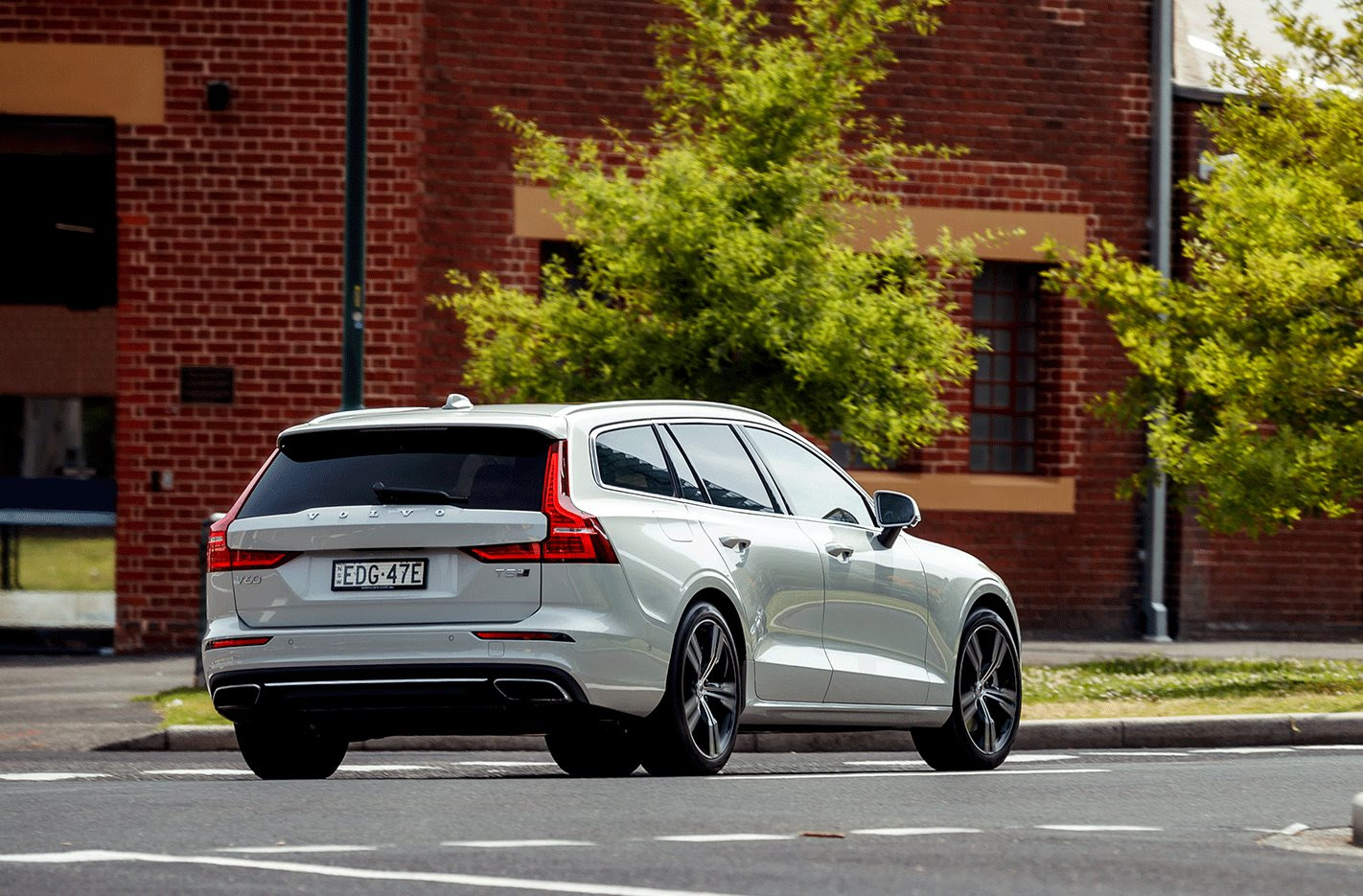 Both contenders here have a turbocharged 2.0-litre four-cylinder engine. Volvo’s produces 187kW and 350Nm. The claimed 6.5sec 0-100km/h sprint feels swift in the real world but is slower than that of the 3 Series, while the 1797kg kerb weight hinders both performance and economy. Combined fuel use is 7.3L/100km (up 0.3L on the BMW). The trade-off for less performance and economy is all-paw traction, which is beneficial in poor weather.

The 330i Touring has outputs of 190kW and 400Nm, giving it a 3kW/50Nm advantage here, while a claimed 0-100km/h time of 5.9sec is 0.6sec quicker than the V60. There’s a delightfully fruity exhaust note under heavy throttle, and a hushed refinement during normal transit. Being more than 200kg lighter than the Volvo, at 1575kg, helps it to an edge in economy at 7.0L/100km. Faster and more economical to boot? 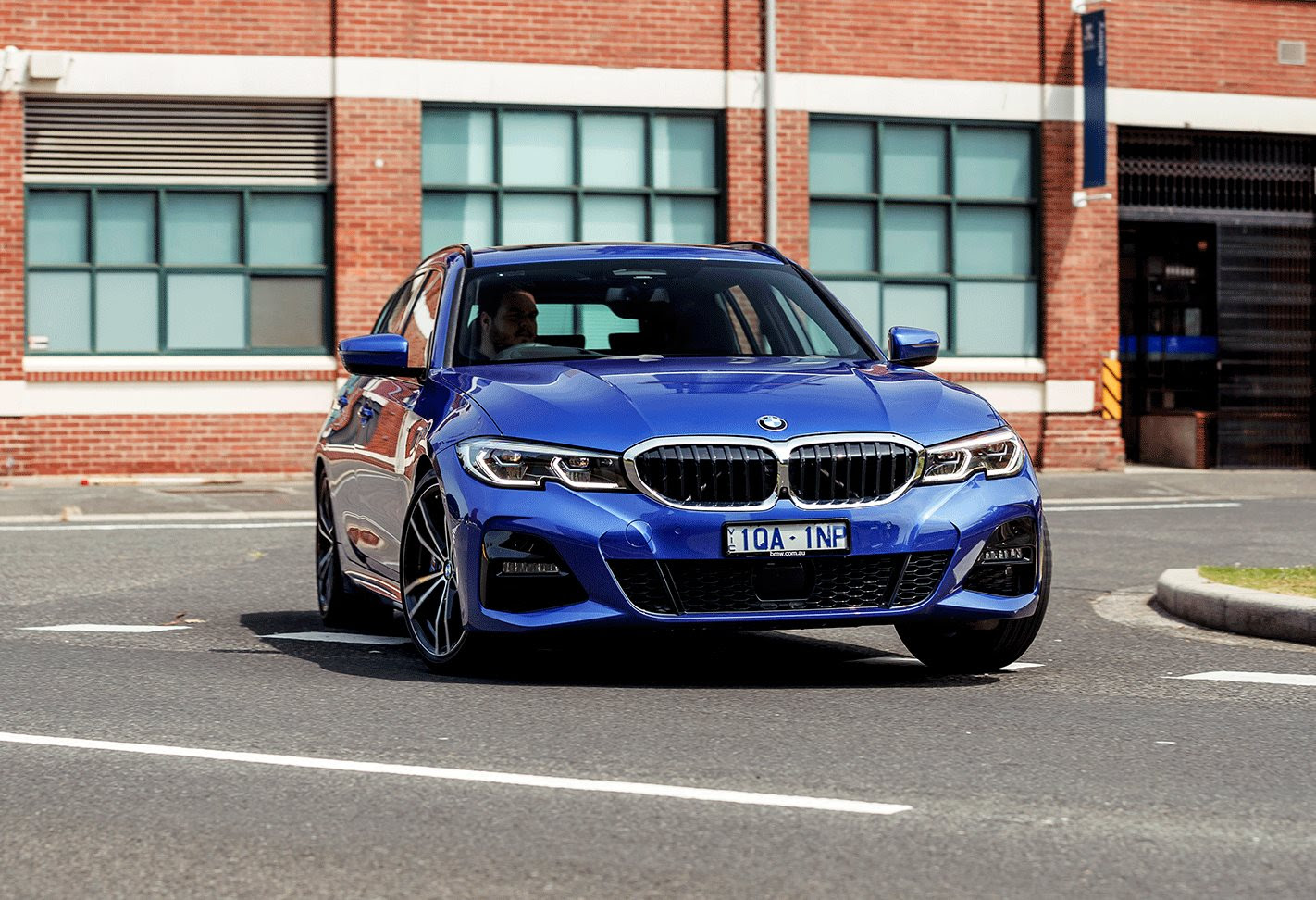 VERDICT: THREE FOR THE 3 SERIES

Playful rear-drive dynamics, extra performance and better economy make the BMW 3 Series 330i Touring the victor here. It takes everything that makes the regular 3 Series the best in class, and adds even more day-to-day useability. That’s not to discredit the hard work put in by Volvo with the V60. If practicality is the top of your priority list, it’s a more dynamic alternative to an SUV, while offering slick styling, generous equipment and a compelling asking price. With victories in two other Wheels comparisons, this win scores the 3 Series a hat-trick, and for good reason.