The popular SUV from Germany has a clean striking look.

THE SECOND-GENERATION Audi Q3 has been unveiled in Germany, featuring bold design cues taken from the Q8 flagship to provide a more mature, but less dour look than its predecessor. 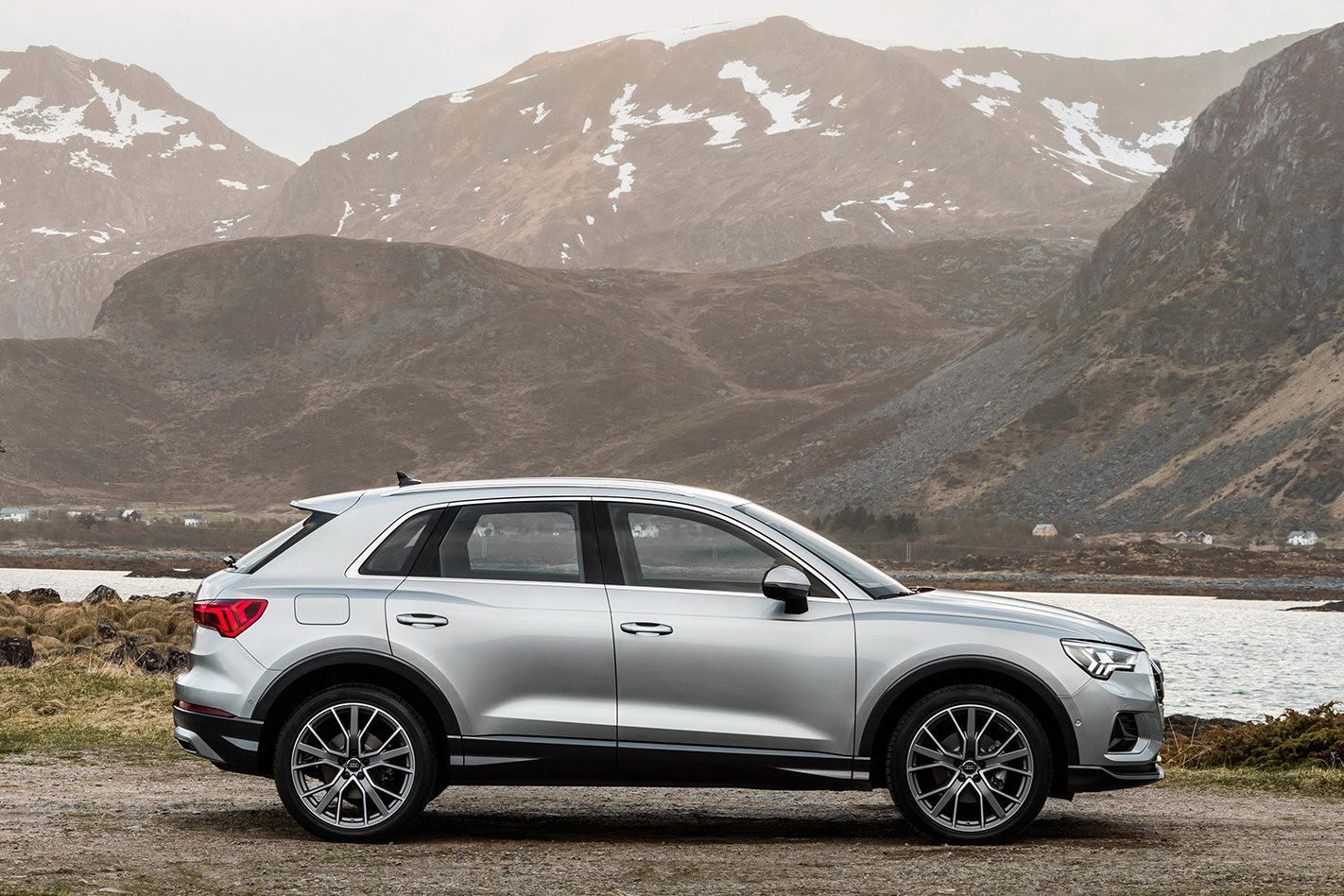 Now able to pass on junior-SUV duties to the Q2, the new Q3 offers more family-friendly practicality and comfort than before, while sharing much of the infotainment, connectivity and latest advanced driver assist systems with the bigger model.

el.Audi claims the new Q3 will be more drivable too, with a choice of powerful turbo-petrol and -diesel variants, and improved handling that retains its sporty character while offering a little more off-road

Five four-cylinder turbocharged engines will eventually be available in the range, including an 110kW 1.5-litre turbo-petrol in the entry-level Q3 TFSI 35. 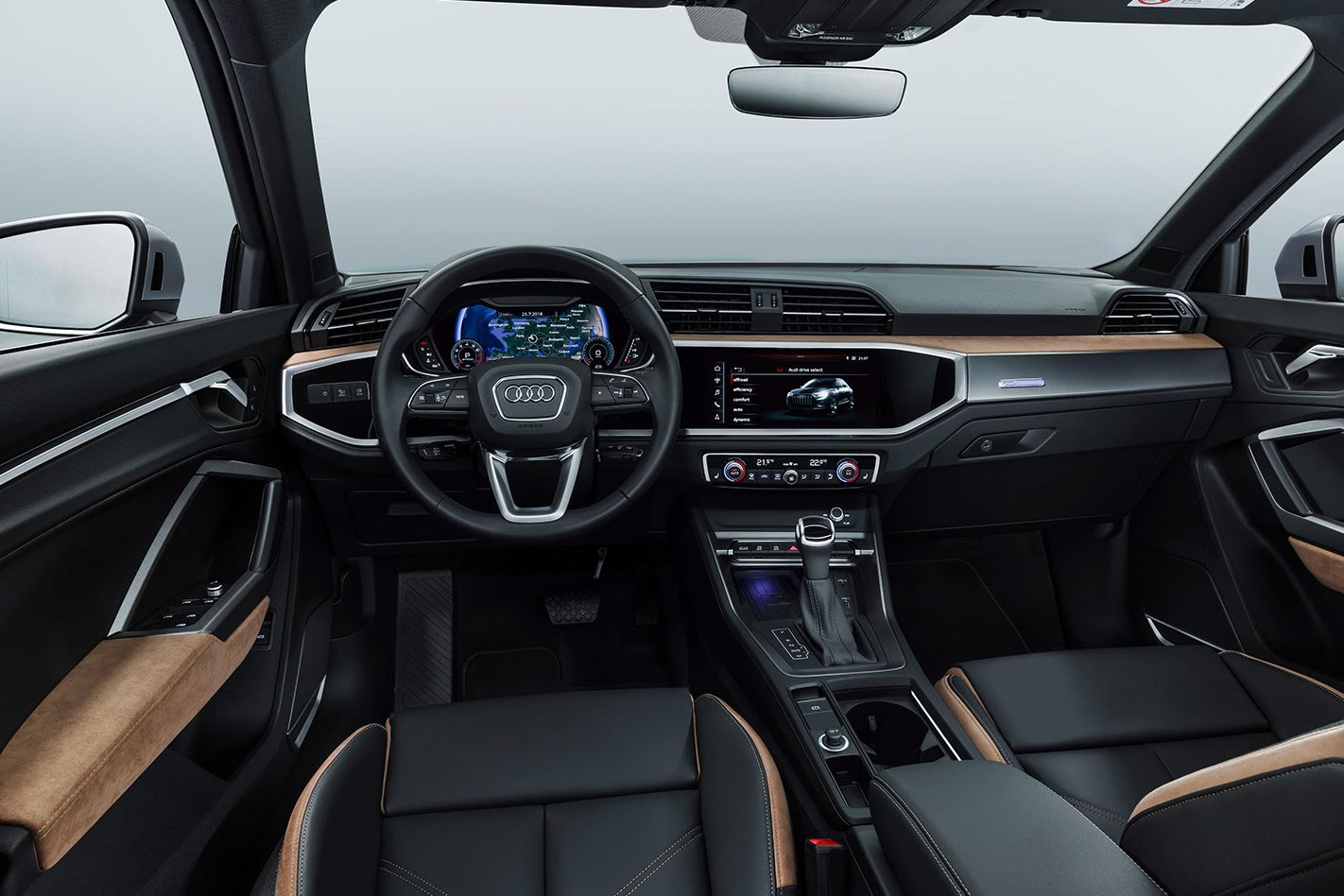 Reports suggest the other engines in the line-up will include the 140kW TFSI 40 and 169kW TFSI 45 petrols, and 2.0-litre 110kW TDI 35 and 140kW TDI 40 diesel variants that represent Ingolstadt’s continuing faith in oil-burners.

Audi is yet to reveal a high-performance RS Q3 variant.

Transmissions for the new Q3 include a six-speed manual, or seven-speed S tronic dual-clutch auto, with all variants riding on permanent quattro all-wheel-drive. 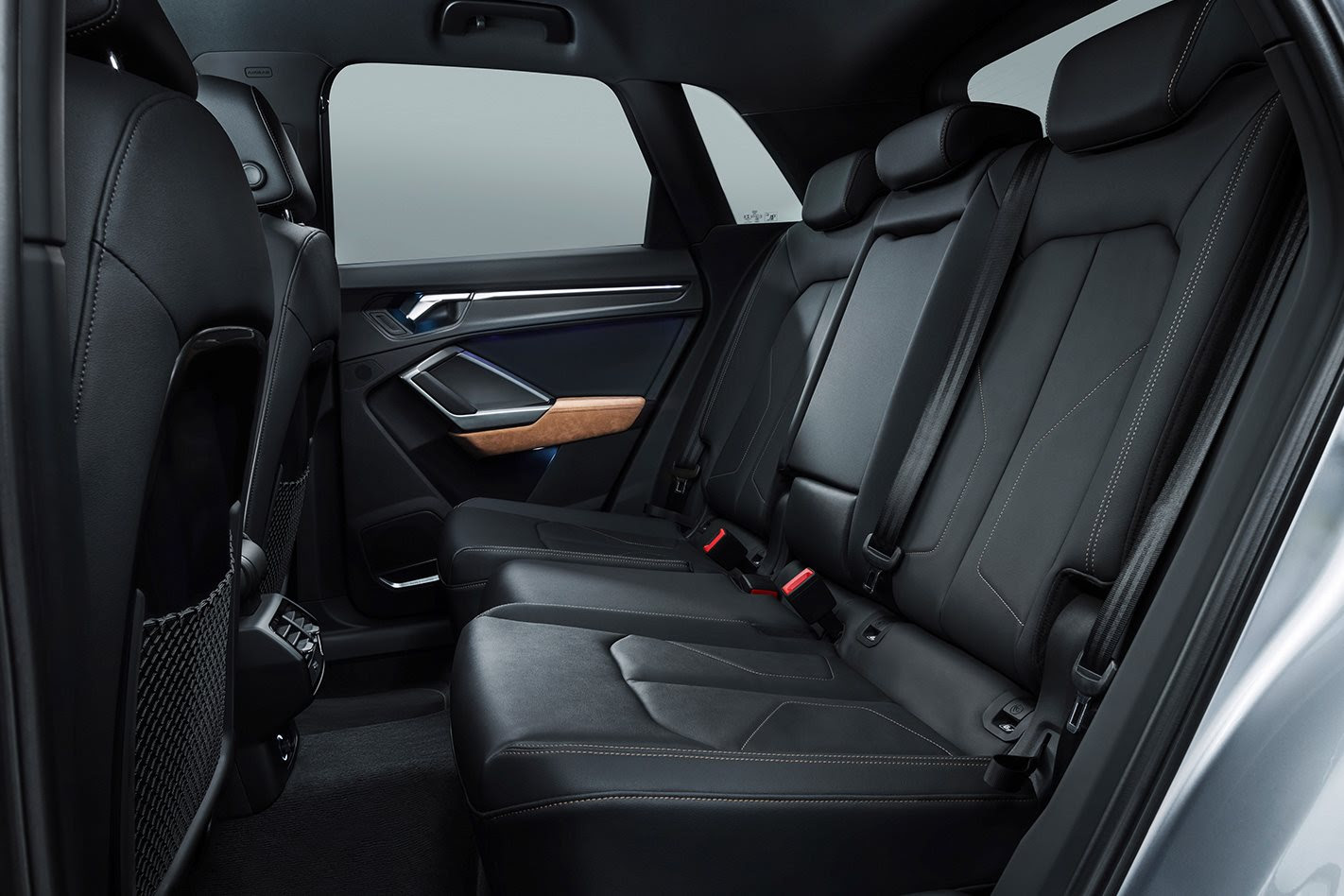 Based on Volkswagen’s modular MBQ platform that also underpins the Q2, Skoda Karoq and Volkswagen’s Golf and Tiguan, the 2019 Audi Q3 is longer and wider than its predecessor – its length has been stretched by 97mm to 4485mm and it is now 25mm wider, resulting in more knee and elbow room and Q5 rivalling comfort levels.

The boot space also grows, from 420- to 530-litres, though this can be extended to 675mm by sliding the rear seats forward. Folding down the 40:20:40-split backrests boosts capacity to 1525 litres.

Up front, Audi has replaced analogue gauges with a 10.25-inch digital instrument screen that’s fitted as standard, with the 12.3-inch Virtual Cockpit display available as an option. 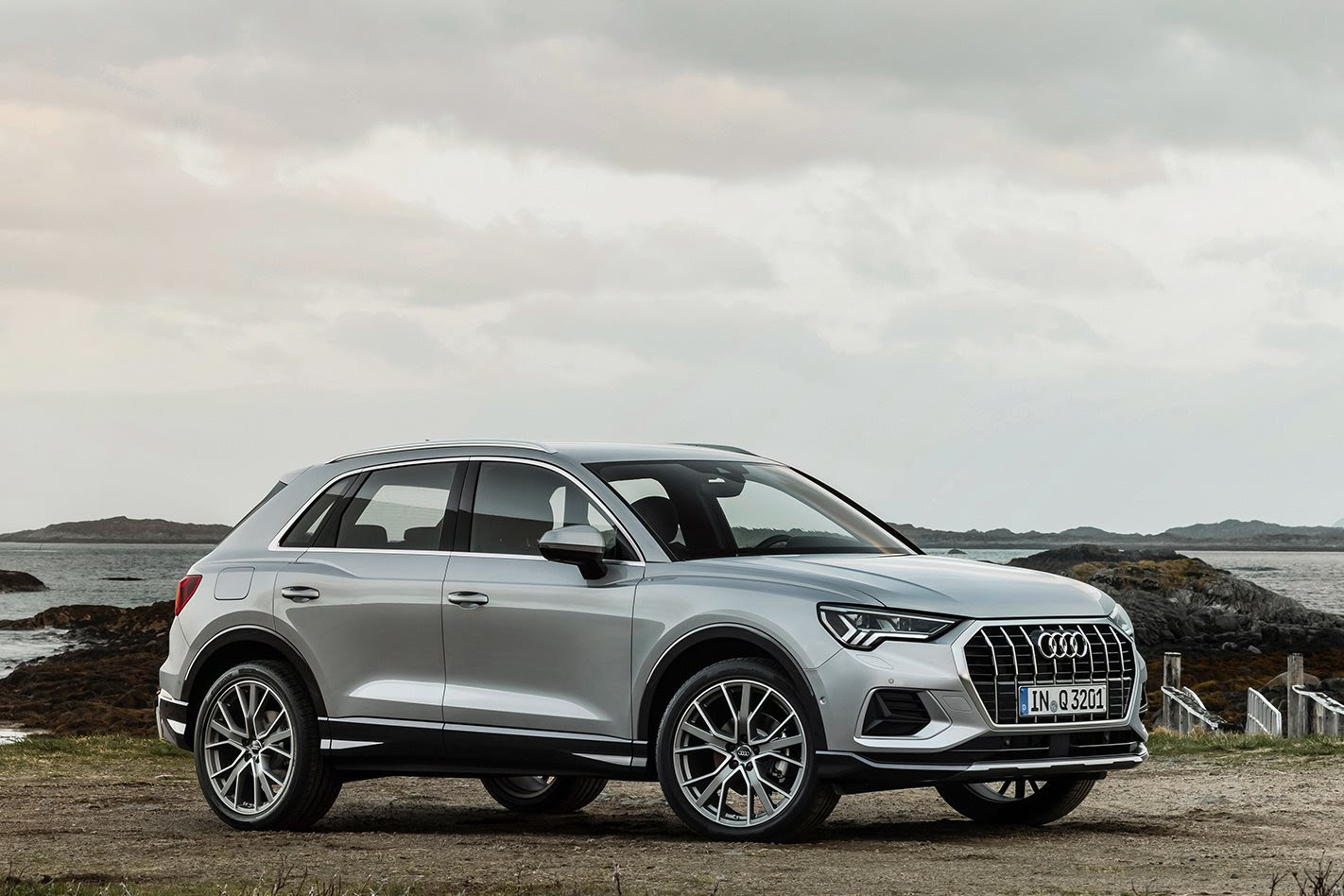 Outside, the new Audi Q3 looks more macho than its predecessor, taking on the brand’s new design language that includes the bold octagon grille flanked by gaping air inlet and narrow LED headlights. 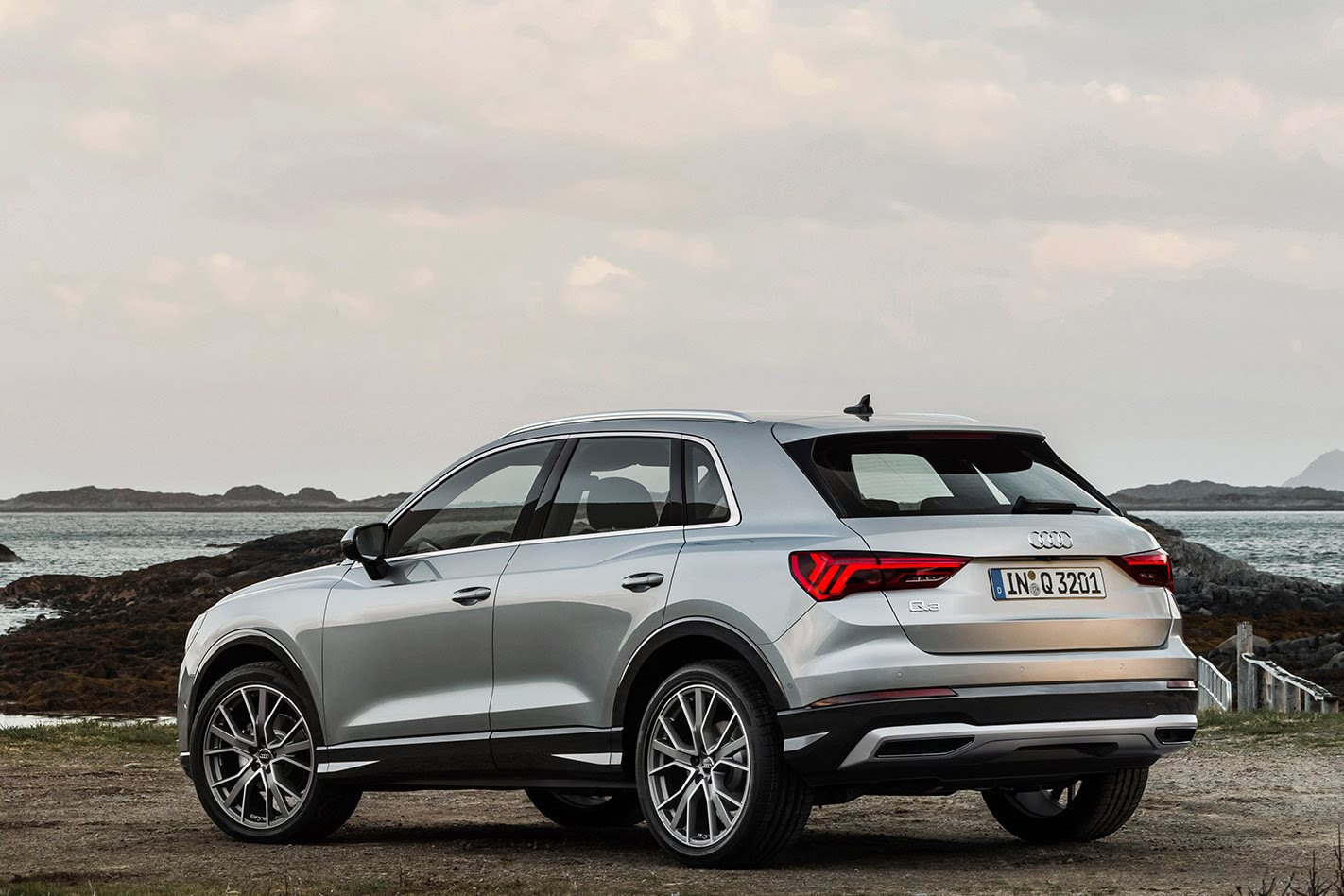 Its silhouette is accentuated by black wheel arch trims that give the impression of a higher, off-road ready, ride-height, while the forward-raked D-pillar and tailgate-spoiler provide a go-fast coupe-like outline.

The 2019 Audi Q3 will go on sale in Europe around November this year, and is due to arrive in Australia sometime in the middle of next year. Local specs and pricing will be revealed closer to launch.