The 4 series displays a distinct character compared to the 3 series.

WHAT IS THE BMW 4 SERIES COUPE

The second generation of the BMW 3 Series’ athletic two-door sibling.

The new 4 Series Coupe has distanced itself from the 3 Series with an ambitiously bold new look and a series of enhancements to ride and handling dynamics that provide a clear point of difference from the sedan.

BMW’s nomenclature is quite straightforward, with the standard hatch, sedan or wagon offerings given an odd model number – think 1, 3, 5 and 7 Series – with the sportier coupe and cabriolet versions of those cars given even-numbered designations.

But the second-generation 4 Series Coupe seems to have broken by convention by being way more than just a two-door version of the venerable 3 Series sedan. 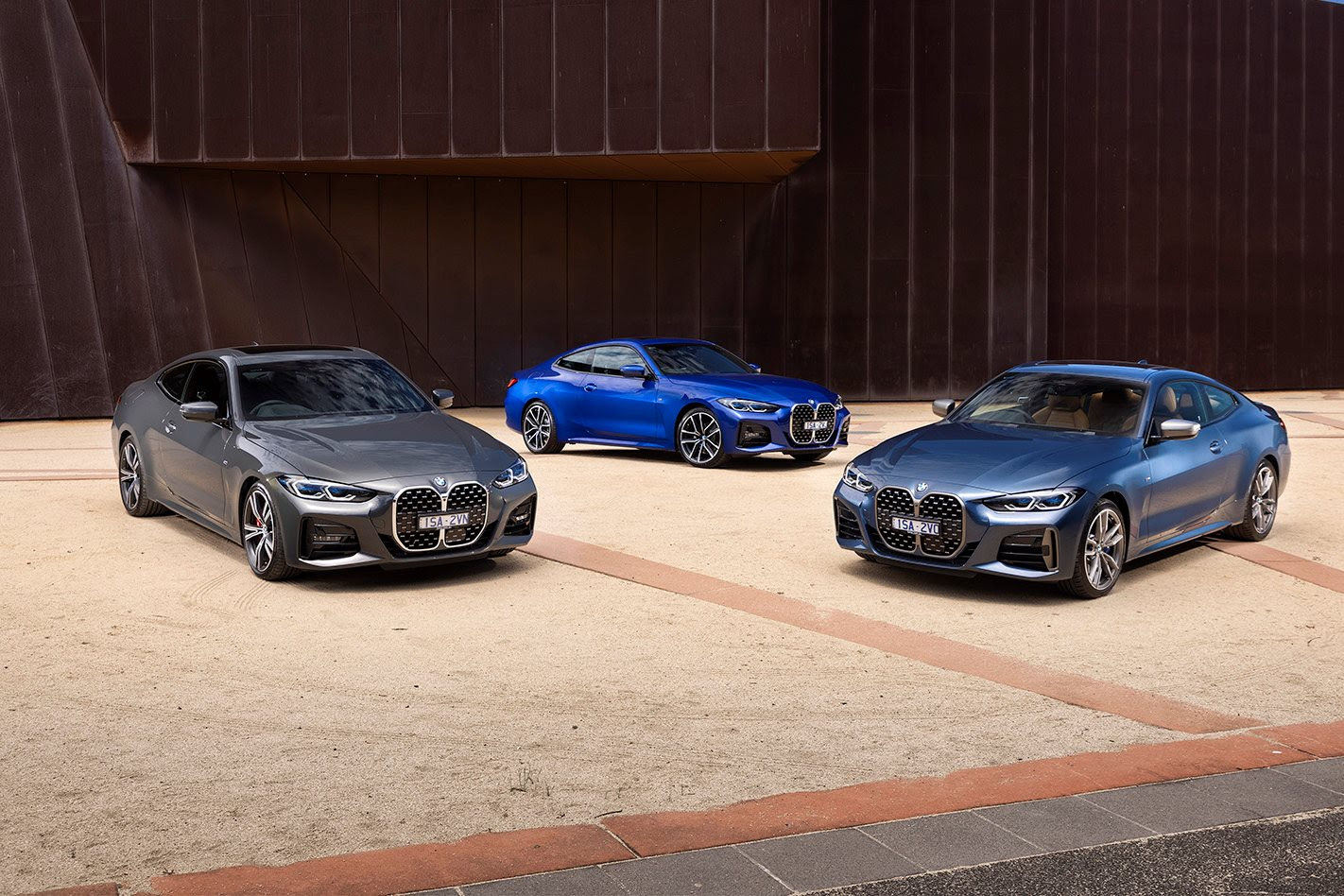 This is evident as soon as you set eyes on its, err, polarising vertical kidney grille… but, as with a friend’s odd-looking baby, you soon come around to it.

That bold face is accompanied by an aggressive stance that’s accentuated by the muscular wheel arches that extend seamlessly from the bodywork that features a relatively subtle shoulder line.

There is some grace about the design, however, particularly the side profile that harks back to BMW coupes of old such as the 328i. 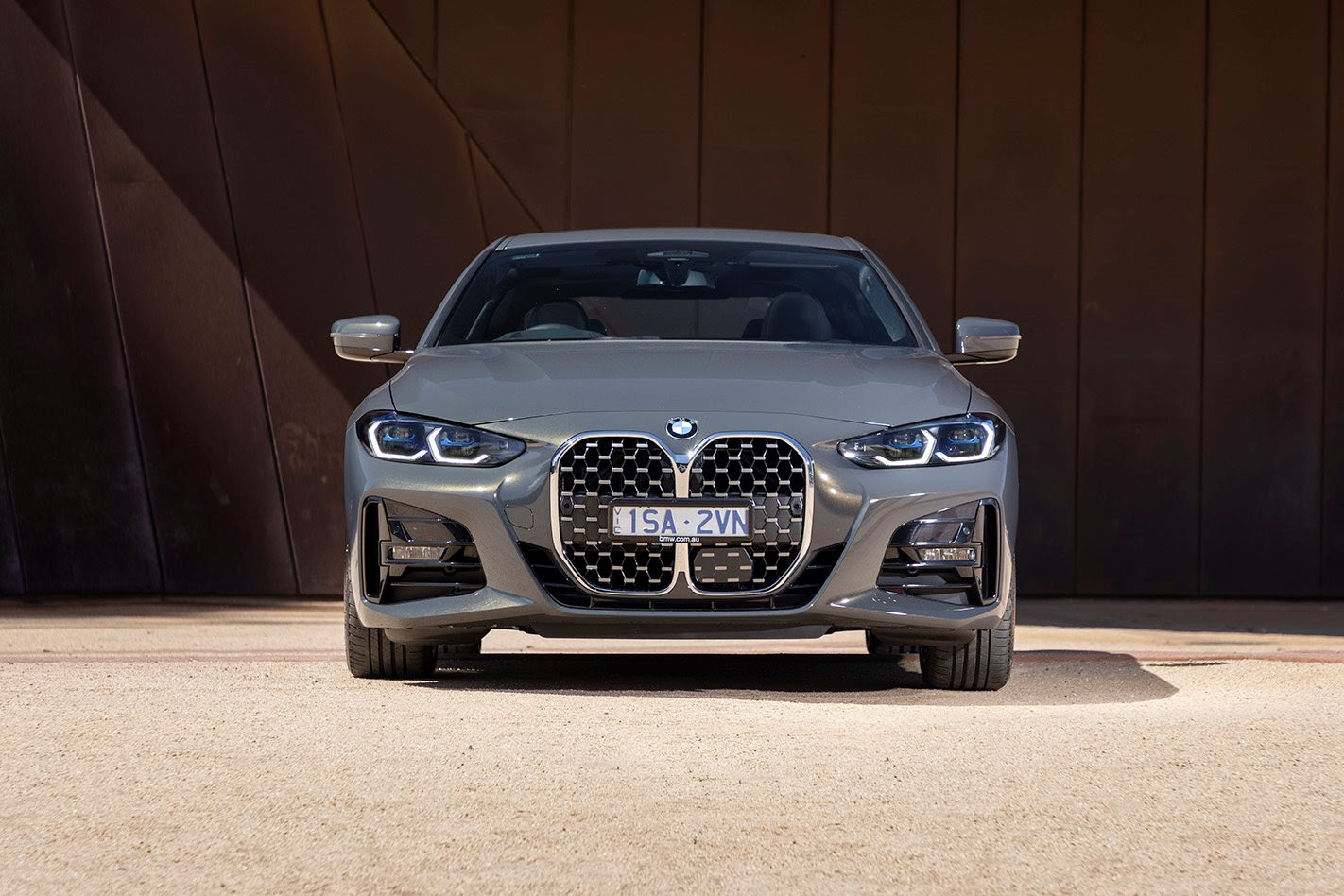 The 4 Series’ driving dynamics also set it apart from the 3.

The engineers have made some significant tweaks that make it more enjoyable to drive despite sharing the same engines across the three-car range – the 135kW/300Nm and 190kW/400Nm 2.0-litre turbos in the 420i and 430i, and the 285Kw/500Nm turbocharged 3.0 litre inline-six in the M440i xDrive.

It’s a little wider and longer than the first-generation 4 Series Coupe and has a 41mm-longer wheelbase, but it has still managed to shed 55kg.

The front and rear track widths are 28 and 18mm wider than the previous model too. 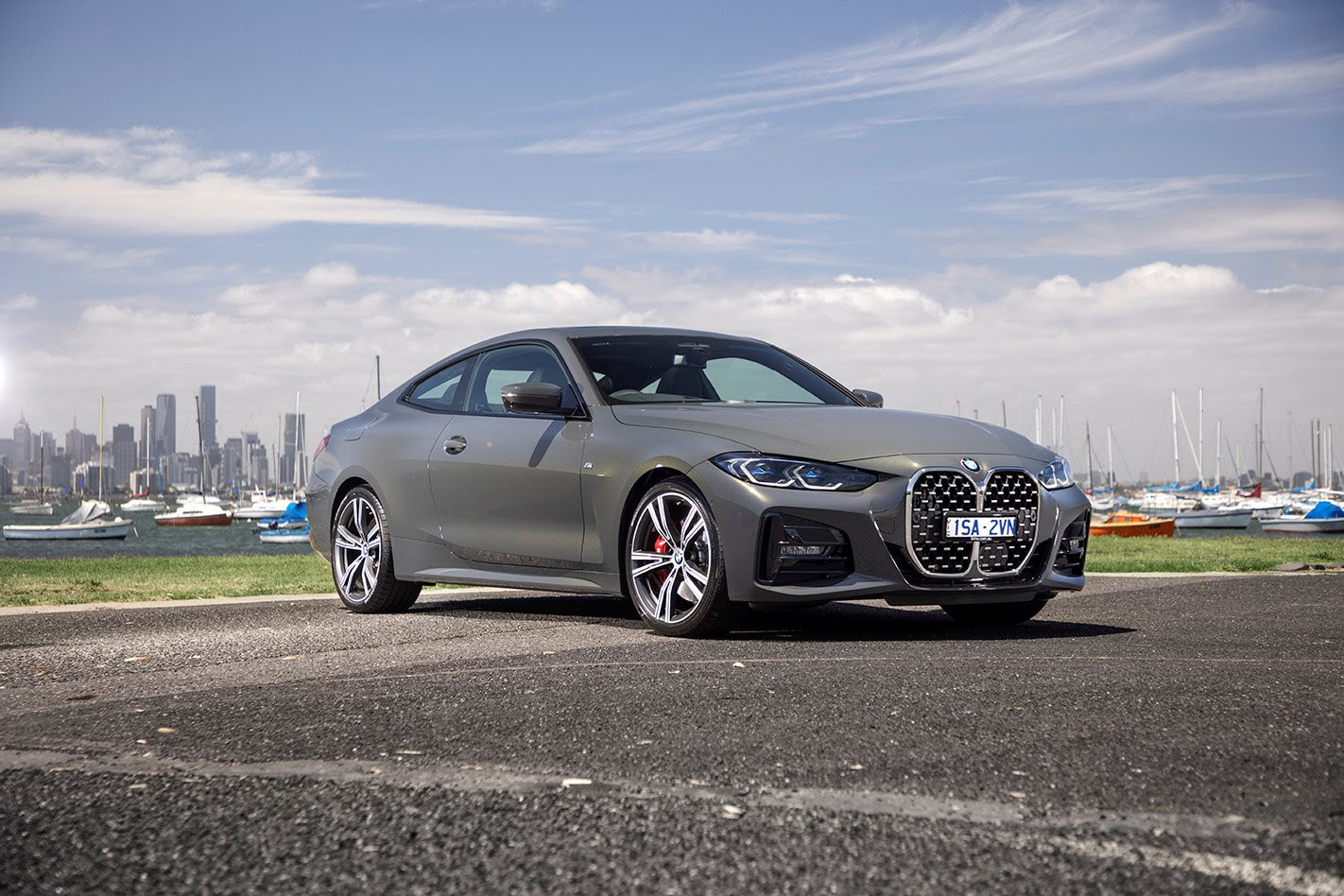 Each track is also 23mm longer than the 3 Series, and combine with a 10mm lower ride height and 57mm shorter overall height to achieve a 21mm lower centre of gravity.

More significantly, they’ve increased chassis and body rigidity thanks to stiffening struts at the front end and around rear suspension. 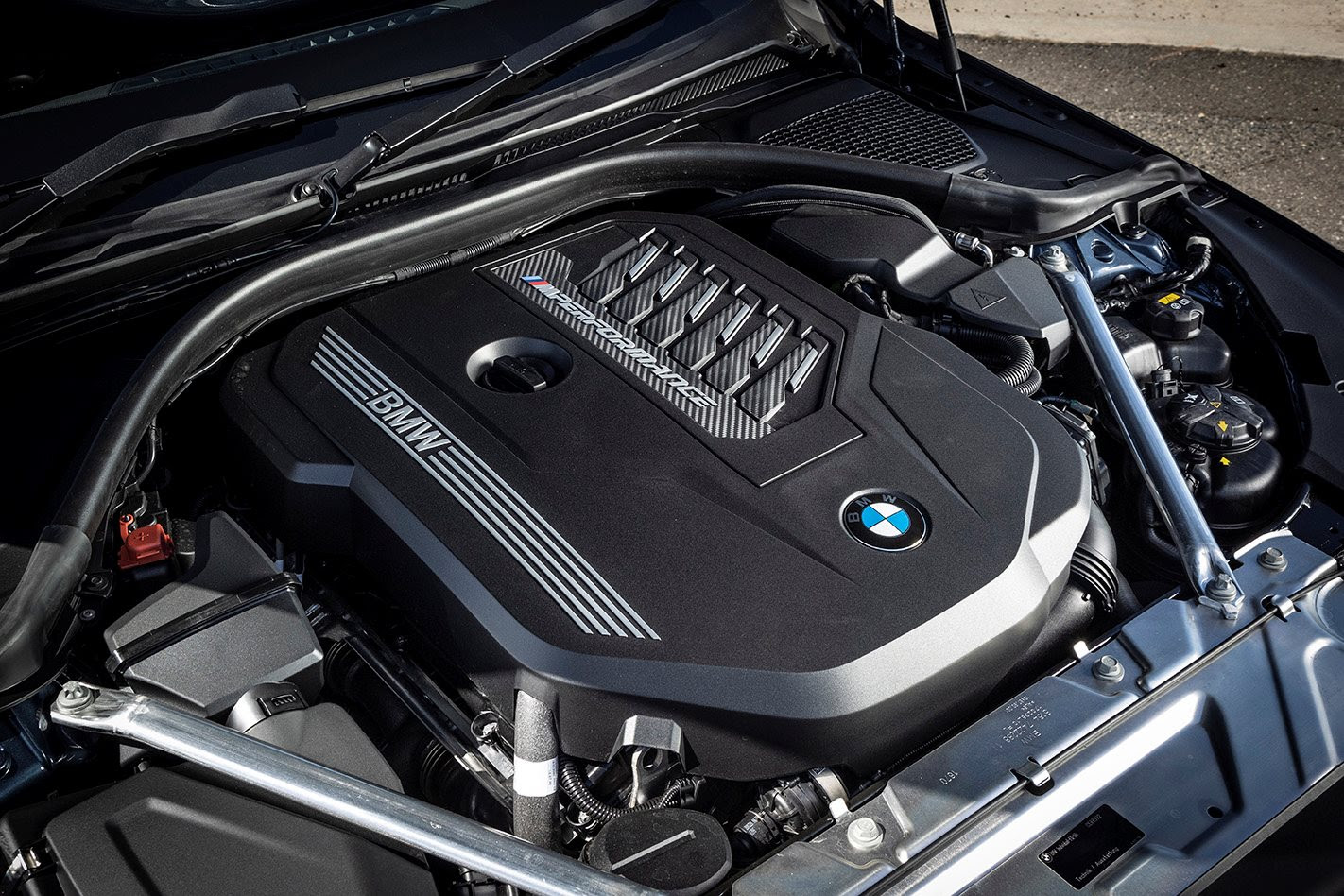 The standard M Sport suspension also uses new rear dampers that rid the 420i of the jarring ride that can blight the 320i.

The 430i and M440i do come standard with Adaptive M suspension with electronically controlled dampers that really iron out the bumps.

The default Comfort setting was adequate in most conditions while driving through Victoria’s twisty Dandenong Ranges; the ride was so composed that you’d have to overcook a bend to feel any kind of body roll.

You can’t go wrong using the Individual driving mode to keep everything in Comfort while leaving the engine in Sport or Sport-plus should you require more revs between upshifts.

The Dandenongs were also a great place to test the steering, improved with 1.5 degrees more negative camber on the front wheels compared to the sedan.

The result is delightfully direct steering backed up by palpable body stiffness and a compliant rear end. 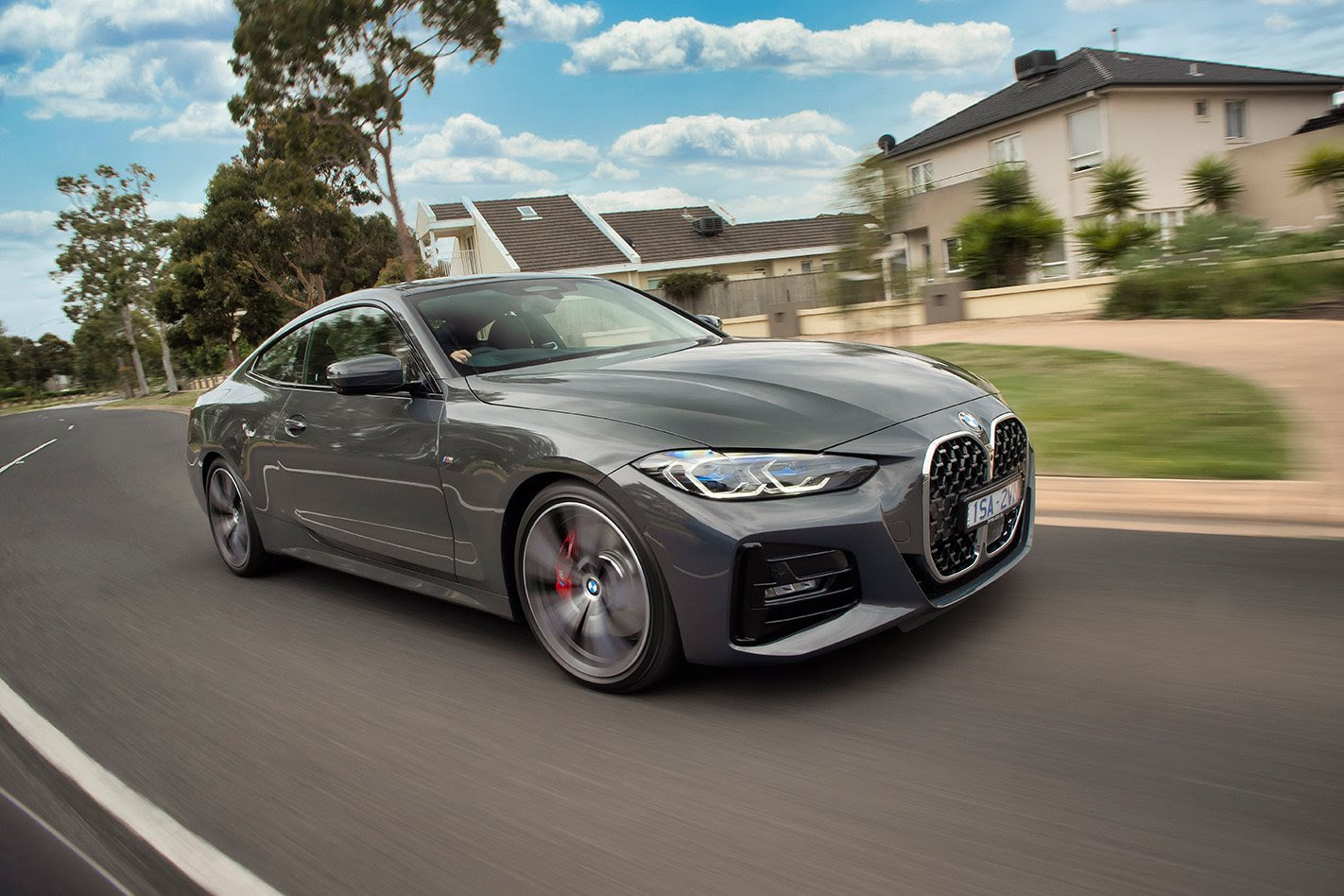 There are paddle shifters for manual inputs, but I happily kept it in auto to concentrate on pointing the nose exactly where I wanted it.

As fun as it is around bends, the 4 Series Coupe has been designed for gran turismo driving rather than as a track day hero – though I’m sure the new M4 will fill that brief.

It’s also a great daily driver. The cockpit is comfortable, with well-bolstered but plush sports seats at the front and two comfortably moulded seats in the rear which offer impressive legroom – and not just for a two-door coupe.

While we’re looking down back, the 440-litre boot is 40 litres smaller than the 3 Series sedan. 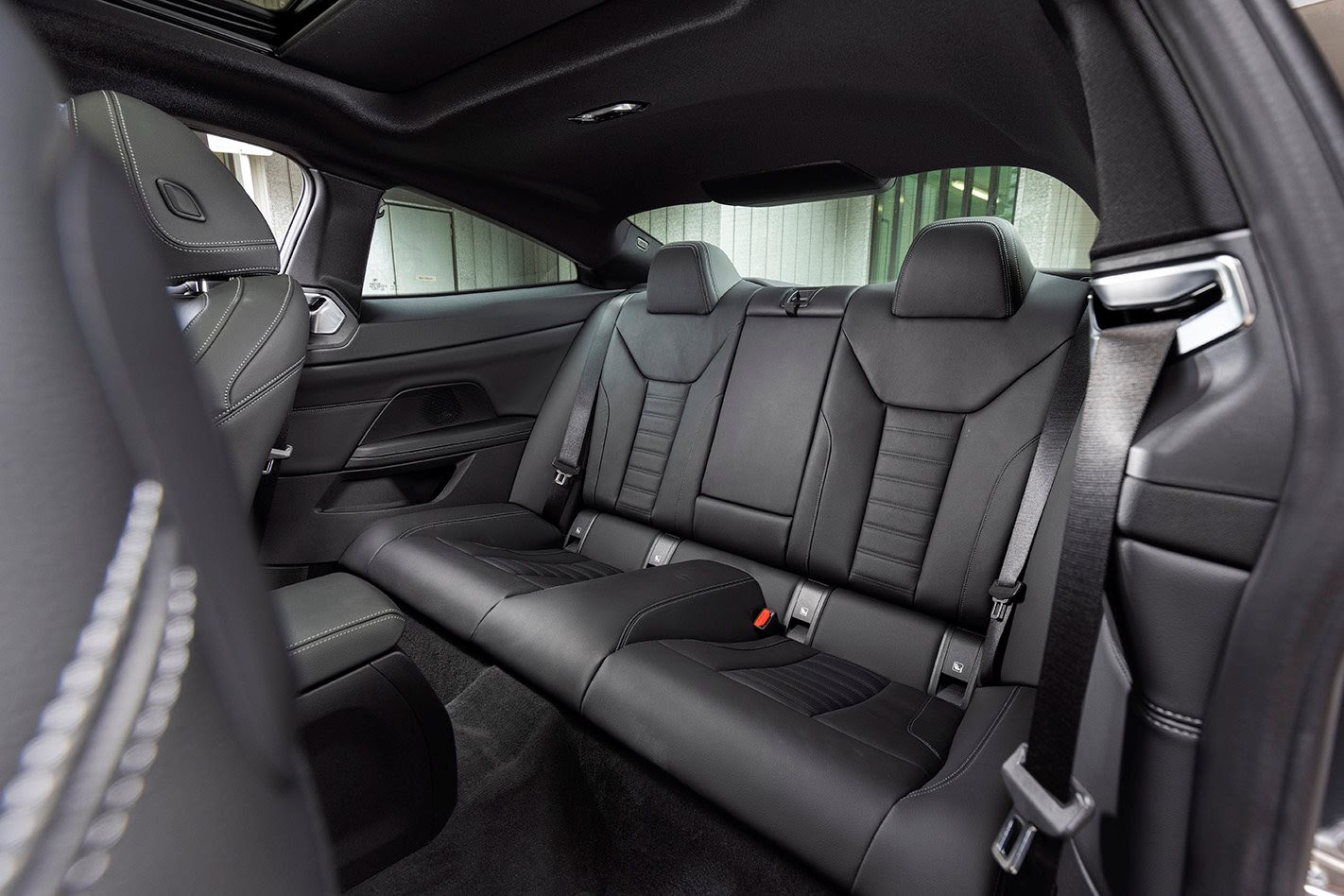 There are a couple of new features too, such as a digital key that allows you to use an Apple iPhone to access and start the vehicle.

And for the first time in a BMW there is now wireless Android Auto smartphone pairing as well as Apple CarPlay. And BMW won’t even charge you extra for it any more. The Intelligent Personal Assistant voice command also does a few new things including the ability to select drive modes without taking your eyes off the road.

It’s also quiet… perhaps a bit too quiet. All that boldness that the 4 Series exudes doesn’t extend to the soundtrack of either engine – there’s no throaty roar or the pop-and-fart theatrics of the 8-Series when you manually downshift.

The six-pot M440i provides some audible pleasure, but that and its 4.5-second 0-100km/h acceleration is not enough to prevent the 430i being the sweet spot of the range with more than enough power to take advantage of all the dynamic improvements. 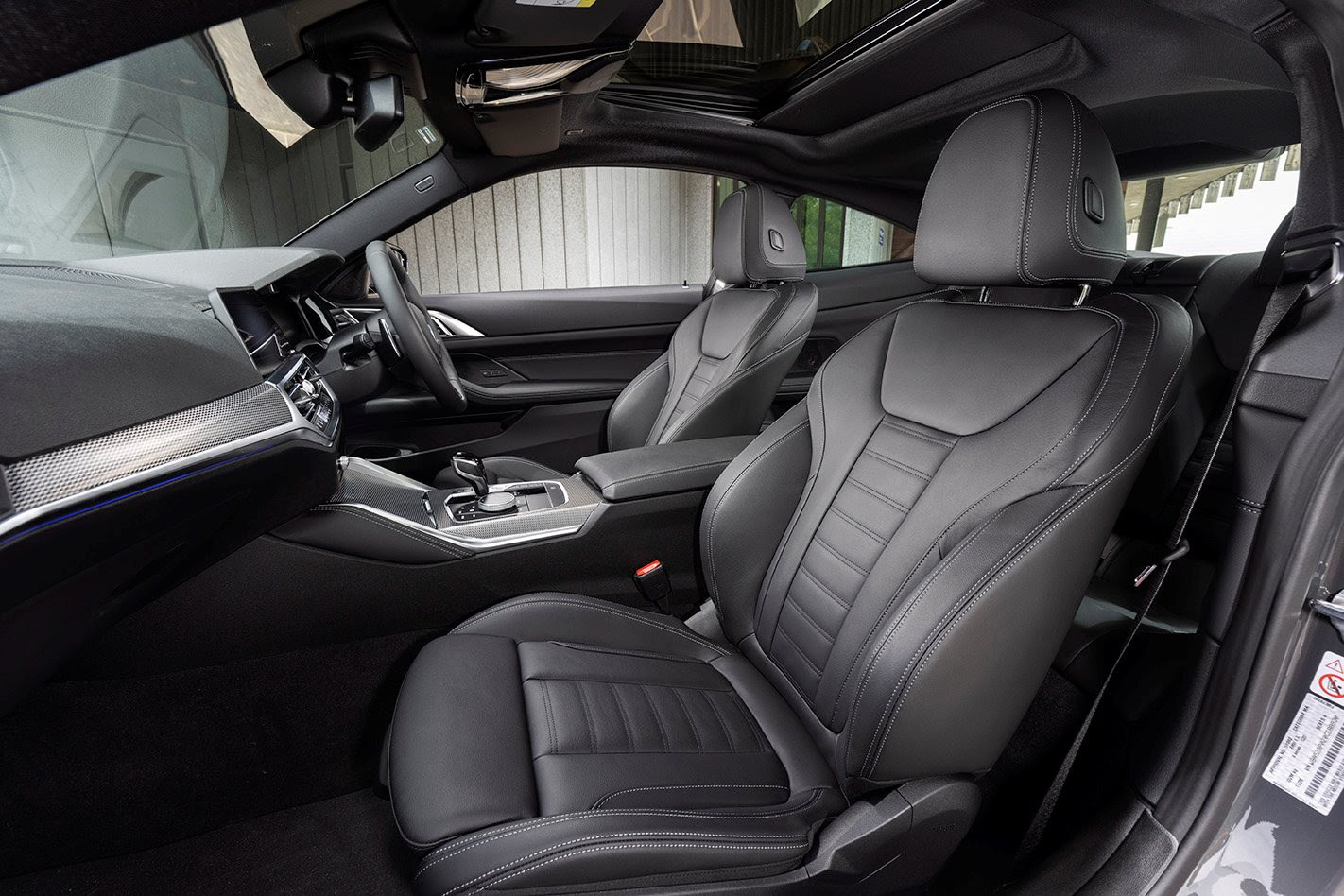 The dry conditions I drove all three versions in didn’t really provide an opportunity to appreciate the benefits of having the M440i’s all-paw traction.

As well as $28,000 in change, the 430i comes with all the important features found in the M440i, including the M Sport Package that’s standard across the range, adaptive dampers, 19-inch alloy wheels, Vernasca leather upholstery, and the ability to set an individual driving mode that balances Sport and Comfort settings. 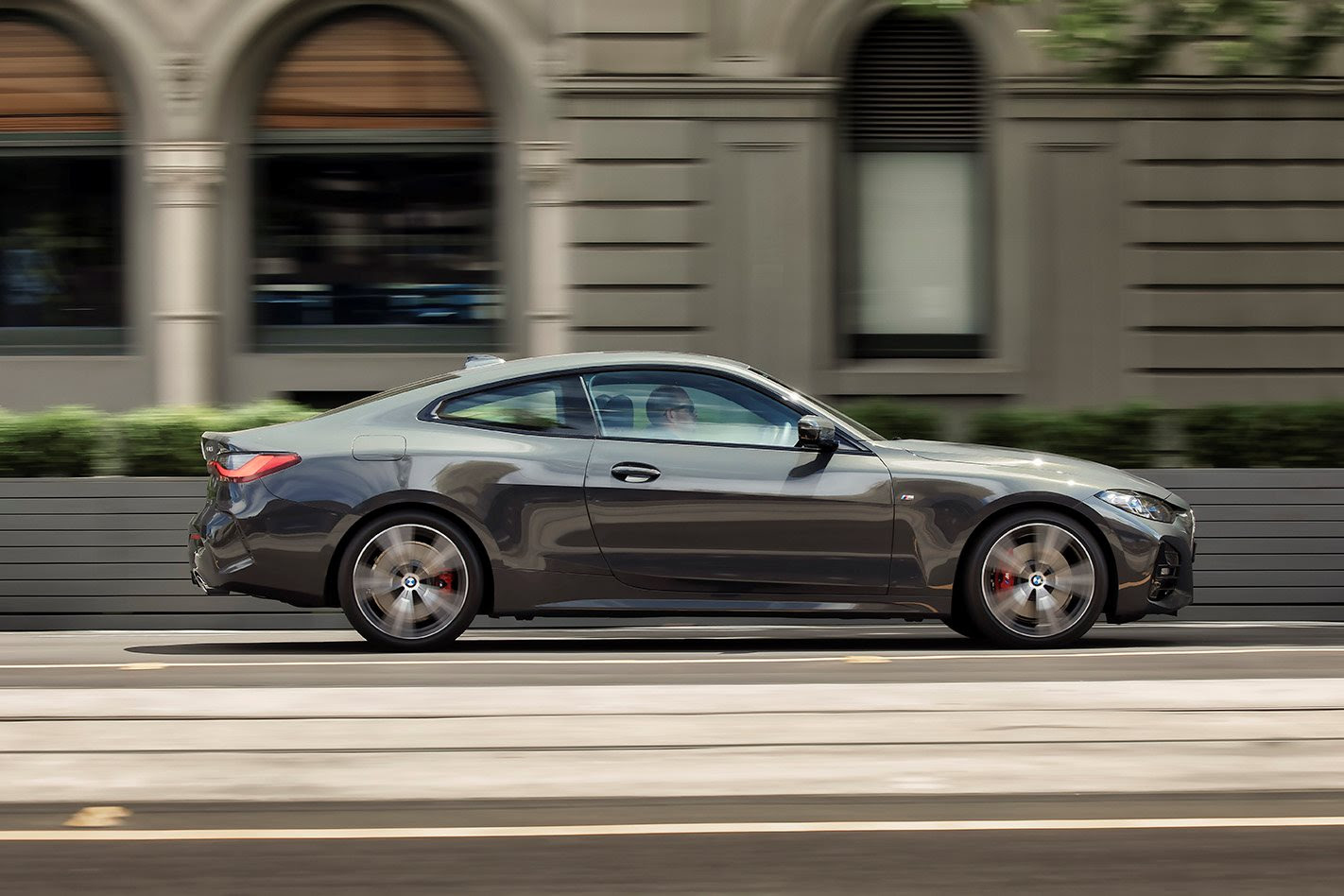 It all makes for a compelling package. BMW’s designers and engineers set out to make the 3 and 4 Series same-same but very different by making the latter bolder, expressive and even more delightful to drive in an effort to attract buyers seeking something a little more extroverted than the elegant 3 Series sedan, and I reckon they’ve nailed it.