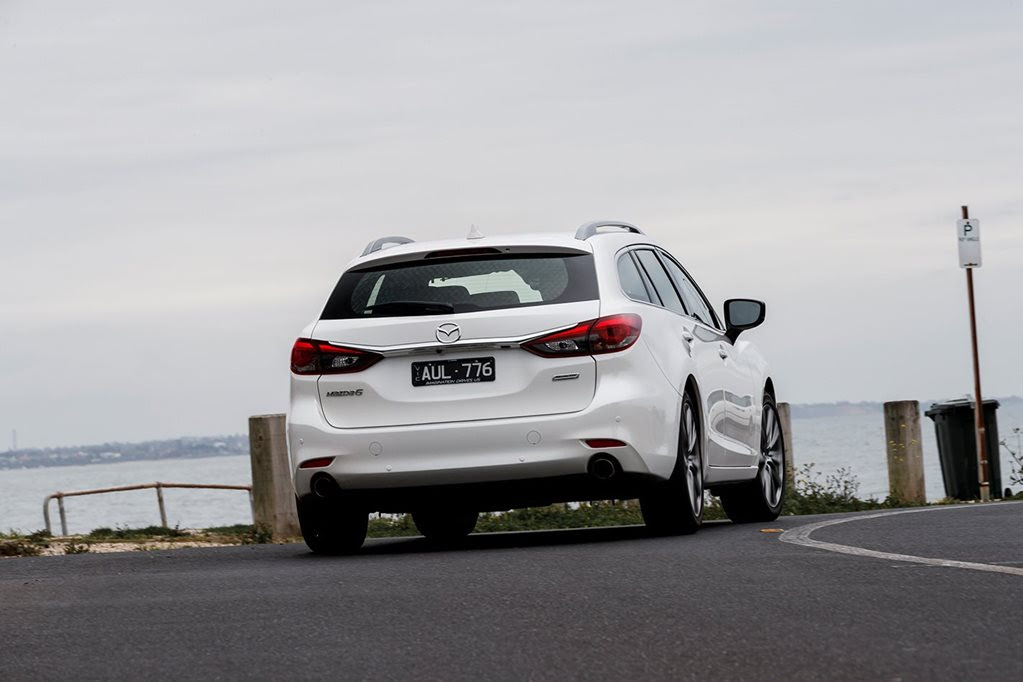 That’s pretty much how I’m feeling about the 6 Atenza wagon, which, after five months as its happy custodian, I’m begrudgingly returning to Mazda. 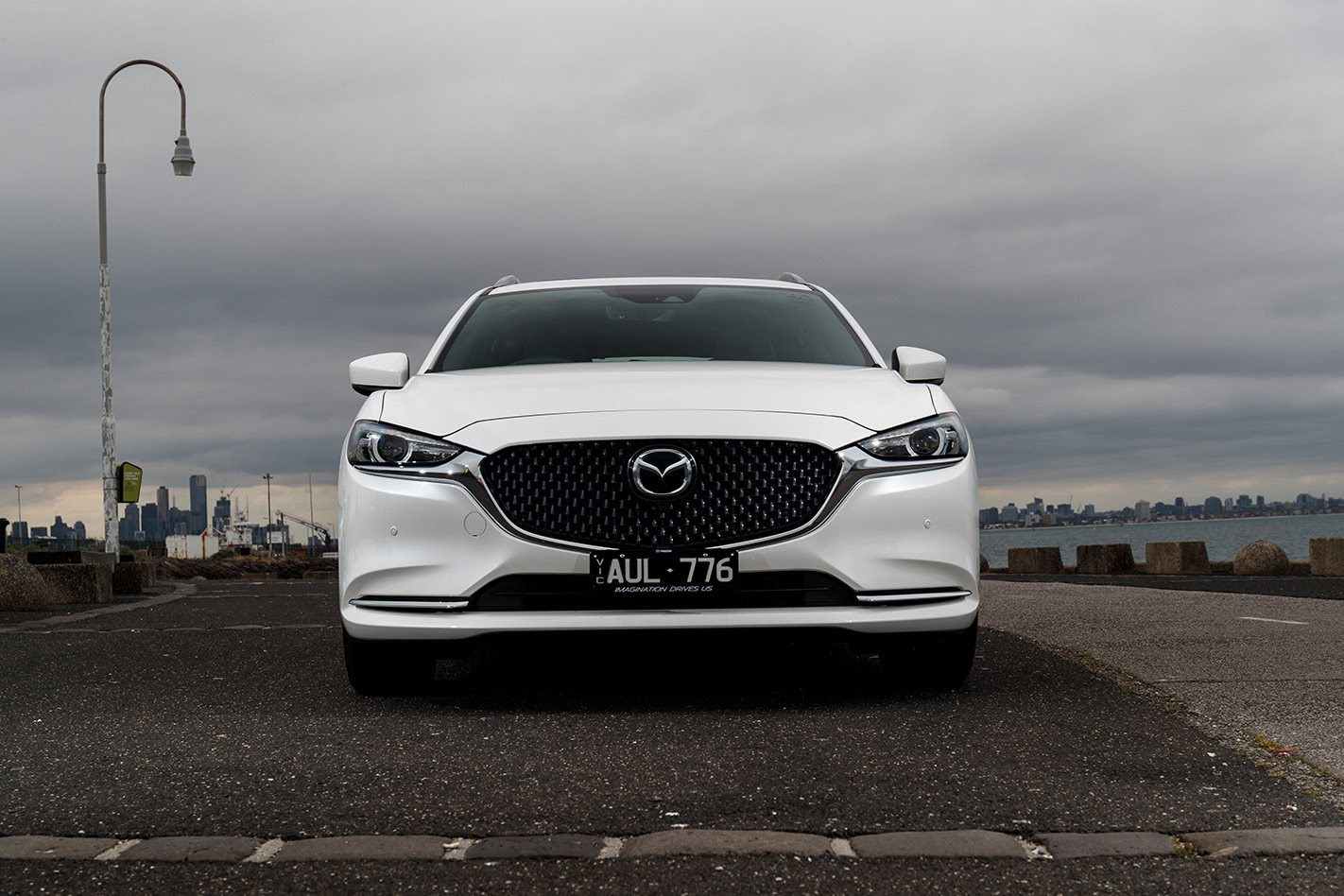 It’s not perfect by any means, and there are things I dislike. The A-pillars are overly thick, the infotainment screen is small compared to almost any new release and the sunroof seems minuscule when competitors have vast panoramic offerings.

The low-slung wagon style also might not agree with families with small children. My two kids are old enough to clamber up individually and the youngest just needs help with the booster-seat straps.
Had I been driving the Atenza three years ago the story would have been different – constantly crouching to strap in wriggling kids might well have destroyed my spine. The temptation to buy a high-riding SUV in these situations seems justified.

The cargo space may also be an issue for families with more than one kid. Its respectable 506 litres is trumped by the likes of the Skoda Octavia or Holden Commodore wagons.

Part of that is due to the 6’s swooping body and roof line, tapering down into the rear hatch, and thus compromising the internal space. 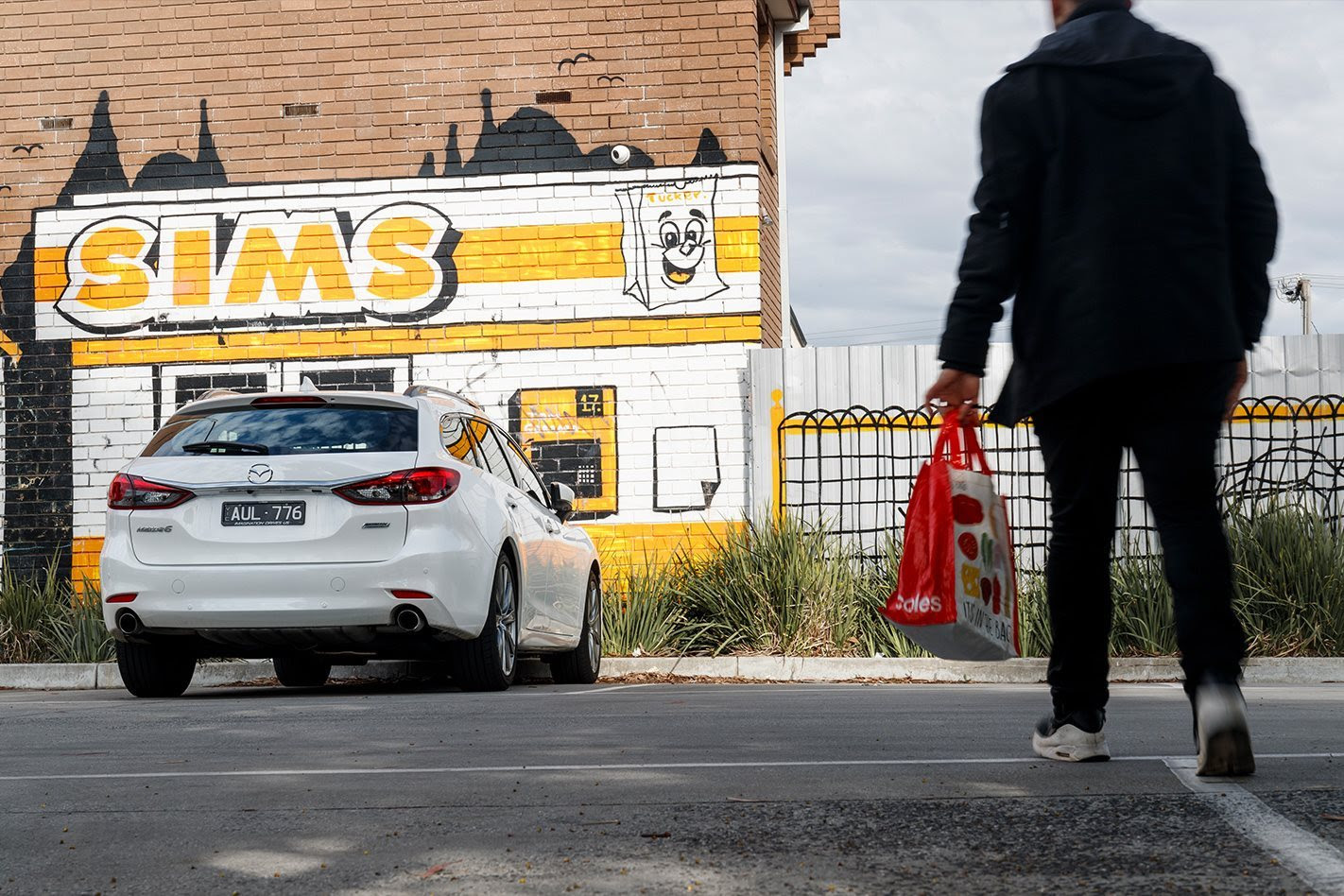 But those lines are one of the 6’s great assets – its fluid shape helps to differentiate it from competitors, carrying over the Kodo design language. As a design nerd I’ve always admired Mazda’s knack for creating vehicles that all look related – throw an RX-8 and a BK-series 3 in the same room and you’ll soon understand what I’m preaching. All the update tweaks to the 6 in 2018 only strengthened the range’s looks and appeal.

Step inside and things only get better. The 6 possesses cleaner design and is more aesthetically pleasing than its competitors. Using materials that include Nappa leather, wood and suede trim, it sets the benchmark for this segment and makes it feel a class above.

The overall design works incredibly well, everything is within reach and topped off with considered touches, like the infotaiment screen being slightly angled toward the driver. Smart.

Tie all this in with an 11-speaker premium Bose sound system and a great seating position and there’s not much that can ruin the driving experience. The 2.5-litre 170kW turbo engine, donated from the CX-9, is smooth in delivering its 420Nm of torque from 2000rpm. It will hustle along nicely, as long as you don’t expect performance-car figures. That’s not the point of the Atenza, of course. It’s a refined and effortless car to drive. If thrills are what you’re looking for, have a drive of an Octavia RS instead.

So five months after first grabbing the fob, the 6 Atenza is still impressing. With great presentation and safety features (too many to list), the Mazda presents a difficult option to pass up as a family hauler because it ticks so many of the boxes sought by people with children to transport.

Whatever I jump into next has a hard act to follow.