BMW’s all-new 1 Series has been officially revealed and it’s sure to divide opinion. Let’s just say it’s deviated quite a way from the established 1 Series template that we’ve become used to ever since the car first launched in 2004. In the intervening 15 years, we’ve accepted the baby BMW as a rear-drive hatch, then spawning coupe and cabriolet variants. But BMW has finally realised that a rear-drive hatchback was an outlier in this part of the market and the new 1 Series does away with the rear-drive platform altogether. That might well be anathema to BMW traditionalists, but it’s by no means a first for the Bavarians, who have built up considerable front-wheel drive experience first with their Mini sub-brand and latterly with the 2 Series Active Tourer platform. Expect a front-drive 2 Series Gran Coupe to follow this 1 Series, although the 2 Series Coupe will retain drive to the rear.

Does it matter which end drive goes to? Not according to Holger Stauch, the 1 Series project boss. “We first talked about going front-wheel drive in 2013,” he said. “We thought about the expectation for the small cars, and we will get new customers from the extra compartment space we have opened up. Most customers can’t differentiate between front- and rear-drive anyway.” So there you have it. Most buyers don’t care. What they will be able to instantly discern is a change in the way the car looks. The shape of the 1 Series has changed significantly. That’s not altogether a bad thing as the baby hatch never possessed a particularly elegant silhouette. The latest car features a stubbier bonnet (due to the engine now being mounted transversely rather than longitudinally), a more sharply rising beltline and is offered solely in five-door guise.

“You will see quite a big difference to its predecessor, it’s a revolution not an evolution,” says Stauch. “The size of the car is really similar – within 10mm. But there’s 30mm more legroom and 20mm more headroom in the back, and entering the car is easier.” 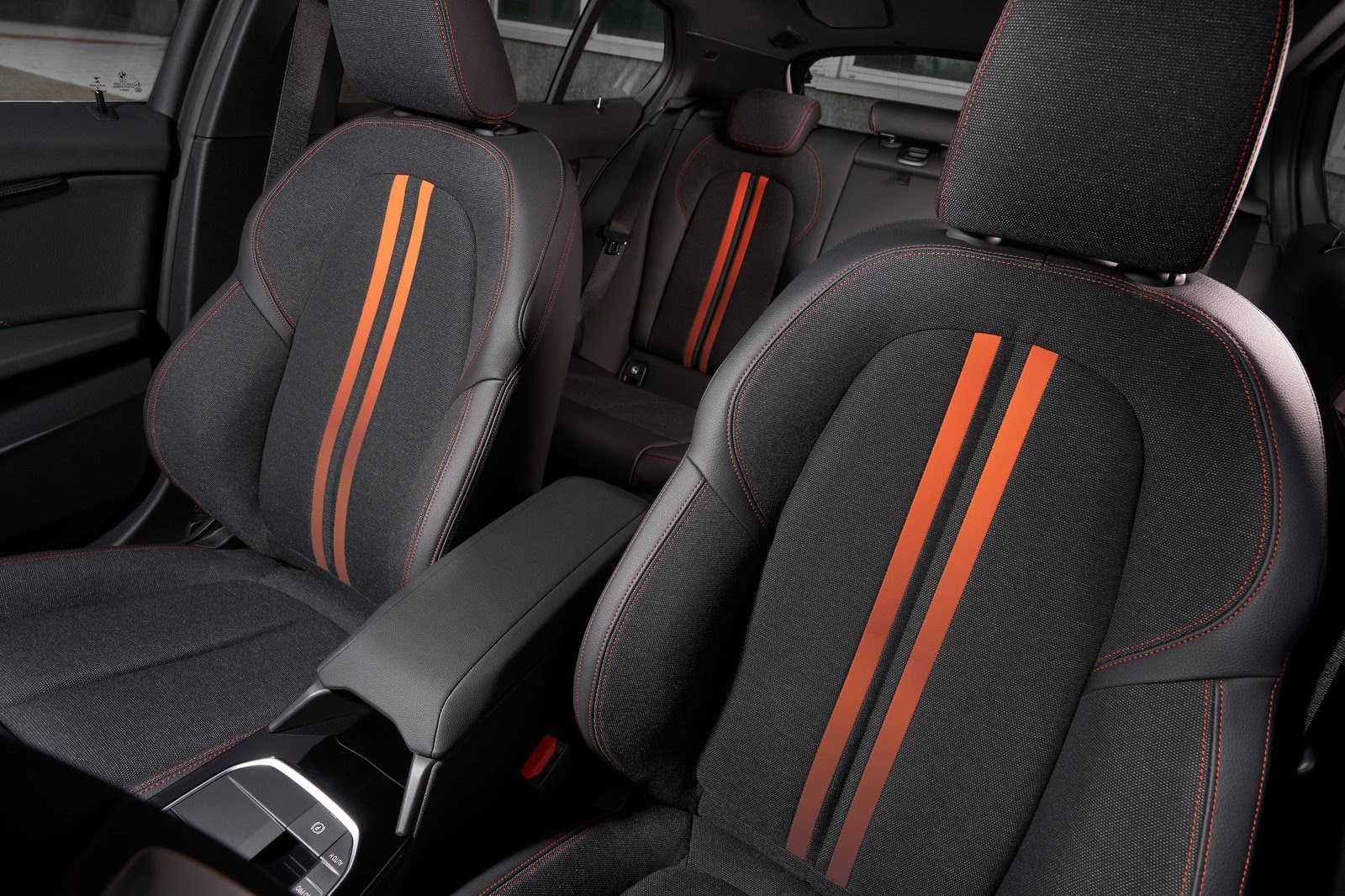 What’s more, nobody bought high power versions. Okay, that’s a bit of an exaggeration because some of you did, but globally, the hot M135i and M140i versions accounted for a piffling three percent of 1 Series sales. Higher powered versions of the new 1 Series will offer xDrive as an option, while the range-topping M135i xDrive hot hatch will come with a Haldex-based 4WD that can send up to a maximum of 50 percent of torque to the rear tyres.

Most Aussie customers will opt for one of the lesser powered variants and although it’s not yet confirmed exactly what the local importer will select, the Euro smorgasbord includes a whole suite of diesels: 85kW/270Nm 116d, 110kW/350Nm 118d, and 140kW/400Nm 120d xDrive. Should you prioritise response over raw Newton metres, the petrol engines comprise the 103kW/220Nm 1.5-litre three-pot 118i and the aforementioned flagship 225kW/450Nm M135i xDrive, powered by the slightly predictable 2.0-litre turbo. So as well as the death of rear-drive in the 1er, there’s now no more six-cylinder engines either. 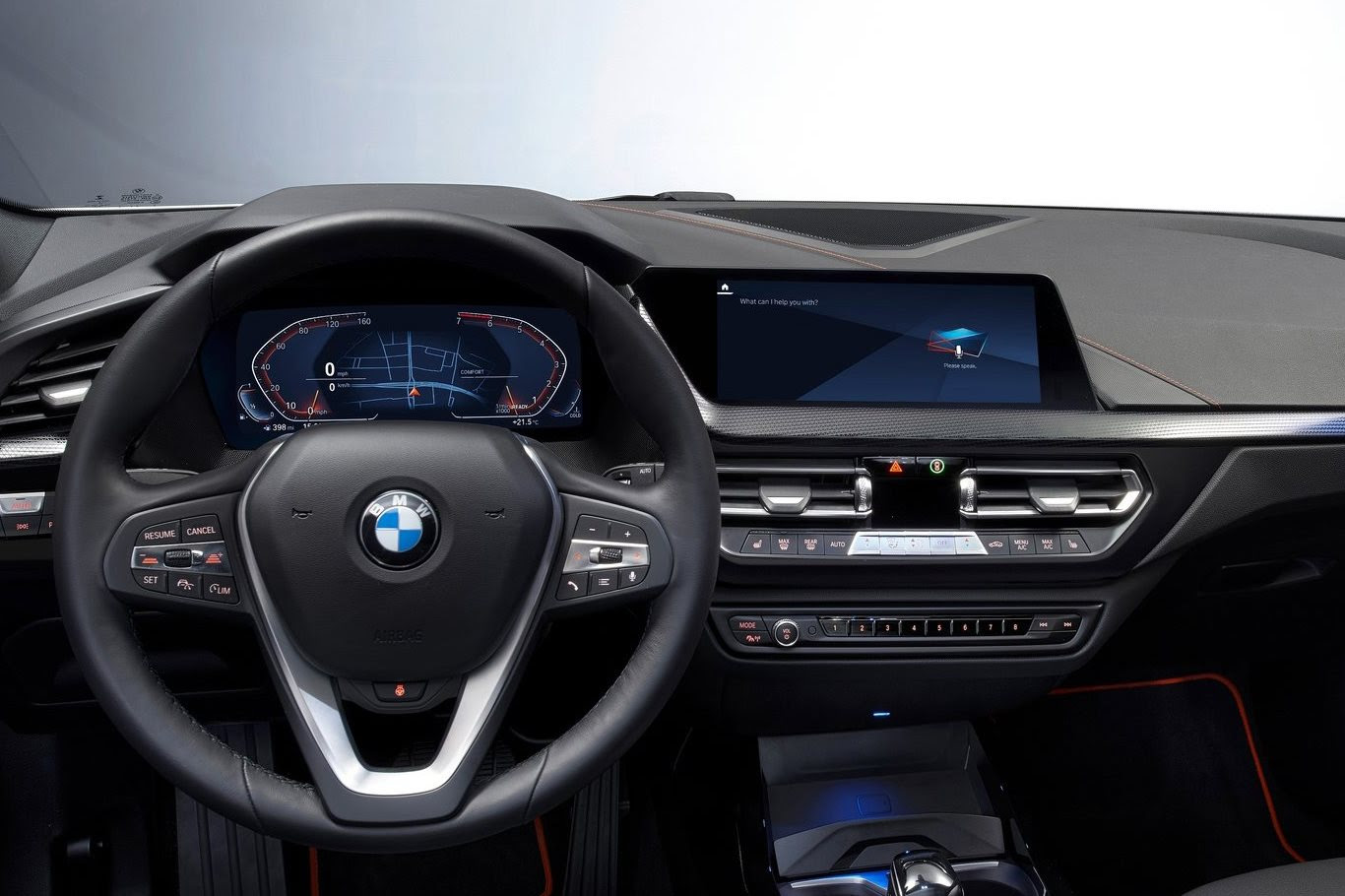 Somewhat unbelievably, you can still buy a manual one, three pedals somehow escaping Munich’s new broom. In Europe, the manual six-speed is the default choice for the 116d, 118d and 118i. Prefer the car to do the hard work for you? A seven-speed dual clutch is an option for the 116d and 118i, while the all-wheel-drive 120d xDrive and M135i xDrive models get a sturdy eight-speed auto as standard. Because of the hefty torque of the 118d, this transmission is also offered as an option for that engine.

It’s easy to be a bit fundamentalist about all of this, but it’s probably a smart move. BMW claims 1 Series customers, by and large, don’t care which end drive goes to and there are a whole lot of packaging compromises a longitudinal engine and rear drive forces upon designers. While we love the idea of a rear-drive hatch, it seems the market was never quite so enamoured, the 1 Series routinely outsold by similarly-priced front-drive hatches.

What’s more the retention of rear-wheel-drive for the 2 Series Coupe still gives enthusiast buyers somewhere to go, while the 1 Series becomes a friendlier more mass-market proposition. And, as rival Mercedes-Benz has proven with its ripsnorting A45 AMG, there’s a ready supply of takers interested in a seriously deranged all-wheel-drive 2.0-litre turbo hatchback. You can bet the M division at Garching is already well advanced on a rival for that one…