Sales of the current third-gen Focus have trailed off to be a tiny fraction of those of segment leaders the Toyota Corolla and Mazda 3. The international launch in the south of France gave us a good indicator of this car’s chances to redress that when it arrives in Australia in November. Superb steering, well-judged damping and a compliant ride make the new Ford Focus a pleasure to drive swiftly. The new three-cylinder turbo-petrol engine is a triumph of downsizing, delivering a punchy mid-range, unstressed top end, and great frugality, the latter partly due to the new eight-speed automatic. The manual ST-Line, with its slightly lower ride height, is the choice for enthusiasts, especially when specced with the slick, sweet-shifting six-speed manual. It scores highly for equipment, safety and convenience tech. Only some iffy plastics and presentation take a slight sheen off an otherwise really well-executed small car.

‘DYNAMIC SIGNATURE’ is one of those terms, when I first heard it, that made me visualise Dwayne Johnson signing his name for a fan while doing one-armed push-ups. But no, it turns out to be something pretty much every car has. It’s just that some dynamic signatures are more distinctive and desirable than others. Think of a 911 doing its rear-biased squat when gassed hard at the apex, or perhaps a JCW Mini’s darty, ultra-eager front end. A dynamic signature becomes woven into a model line’s DNA, and even as one iteration supersedes another, there’s an onus on the development team to retain or refine it.

Ford’s Focus has always had an identifiable dynamic signature; one that blended slick, precise and super-linear steering with calm, supple damping. So the first question to answer is this: does the all-new fourth-gen Focus − the first car to use Ford’s new C2 platform, and now powered by a turbo triple − retain the road manners and driver connection the Focus nameplate has always embodied?

There’s a caveat attached to that which we’ll get to, but the broader answer appears to be: absolutely. 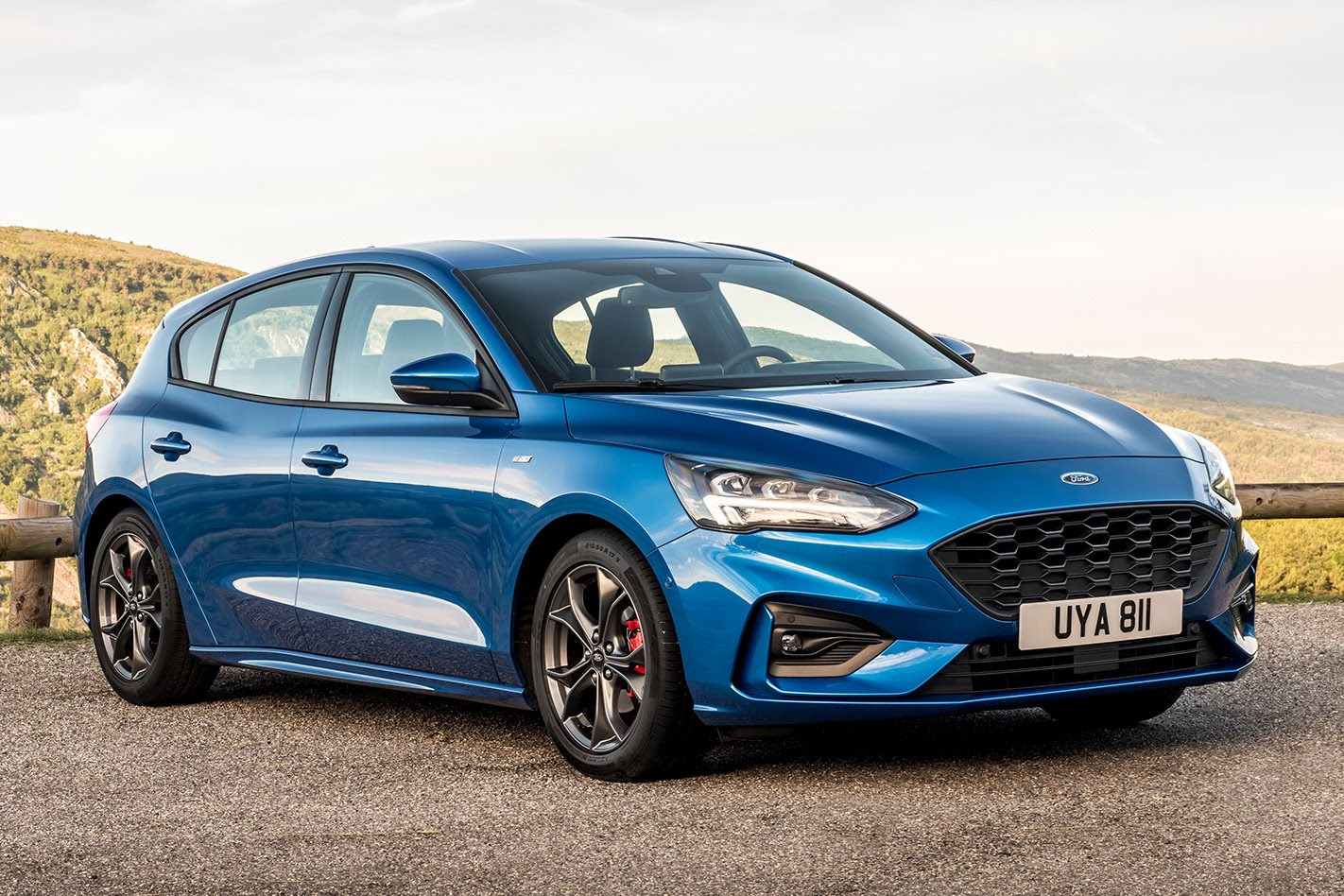 But before you’ll even consider a test drive of a new Focus when it arrives in November, you’ll need to have been won over by its exterior design. It’s the work of Aussie, Jordan Demkiw, who designed the exterior of the FG-X Falcon before accepting a senior role in Ford’s German design studio. The new car’s front-end treatment riffs heavily on the trapezoidal theme laid down by Mondeo, while the rear-end, at the risk of being uncharitable, comes off as a bit generic. Strip the badges off the back and it could be anything. Much better are the overall stance and proportions. The 53mm stretch of the wheelbase and more set-back A-pillars both contribute plenty, as do the reduced overhangs at each end. It’s also significantly roomier inside (especially in the back) without any real bloating of the existing car’s exterior dimensions. Crucially, around 88kg has been cut from the tubby third-gen car’s waistline, thanks in part to 30 percent greater use of boron steel for the construction of the passenger cell. It also contributes to the claim that the new car is 20 percent torsionally stiffer.

But it’s under the bum where there’s a whiff of something curious going on. While Ford’s new C2 platform is engineered to accommodate an independent rear end, Australia’s three-strong model line-up (Trend, ST-Line and Titanium) will come with the more basic torsion-beam set-up. Wait … that’s with the exception of what will likely be the smallest-selling variant, the ST-Line wagon (the only model grade offered as a wagon) which is fitted with its own variation of the independent rear end that pushes the rear strut towers further outboard to widen the cargo aperture and improve the load-carrying capability. We could only grab a short squirt in one of the few IRS cars available at the launch (a not-for-Oz four-pot diesel) making it difficult to give a conclusive assessment of how Aussie-spec cars, with the lighter turbo-triple up front, will actually drive. What we can say is that there didn’t seem to be a really marked difference between the two rear-suspension layouts, at least not on mostly smooth, fast French roads. What won’t change is steering, which is a masterful blend of nuanced tactility, with perfect weighting overlaying a slick, ultra-consistent action. “We approached the [development of the] steering set-up with an almost obsessive attention to feel and driver connection,” says driving dynamics leader Guy Mathot. It shows. It’s quick at 2.6 turns, but the off-centre response is millimetre perfect, never nervous, and the weighting increases totally naturally as lock is wound on and the lateral load builds. So a continuation of the class-best steering of the old car? Almost certainly. I can’t think of another hatch in this segment that could top it.

Likewise the overall balance and compliance of the chassis. And grip. What this car manages to extract from its 215/50R17 Continental SportContact5s on the ST-Line set-up (riding 10mm lower than Trend and Titanium) is properly impressive, proving that geometry and chassis tuning is every bit as important as the size of the footprint. You’ll only uncover mild understeer if you really overdrive it; respect the clearly telegraphed limits and enjoy the subtle interplay of the throttle, and the Focus delivers a lovely, satisfying engagement from the rear end. Mathot tells us there’s no passive rear-steer action going on with either suspension layout, but the set-up is so good it almost suggests otherwise. We talk about a fluid quality to a car’s handling; the Focus, on admittedly flattering roads, feels borderline hygroscopic. 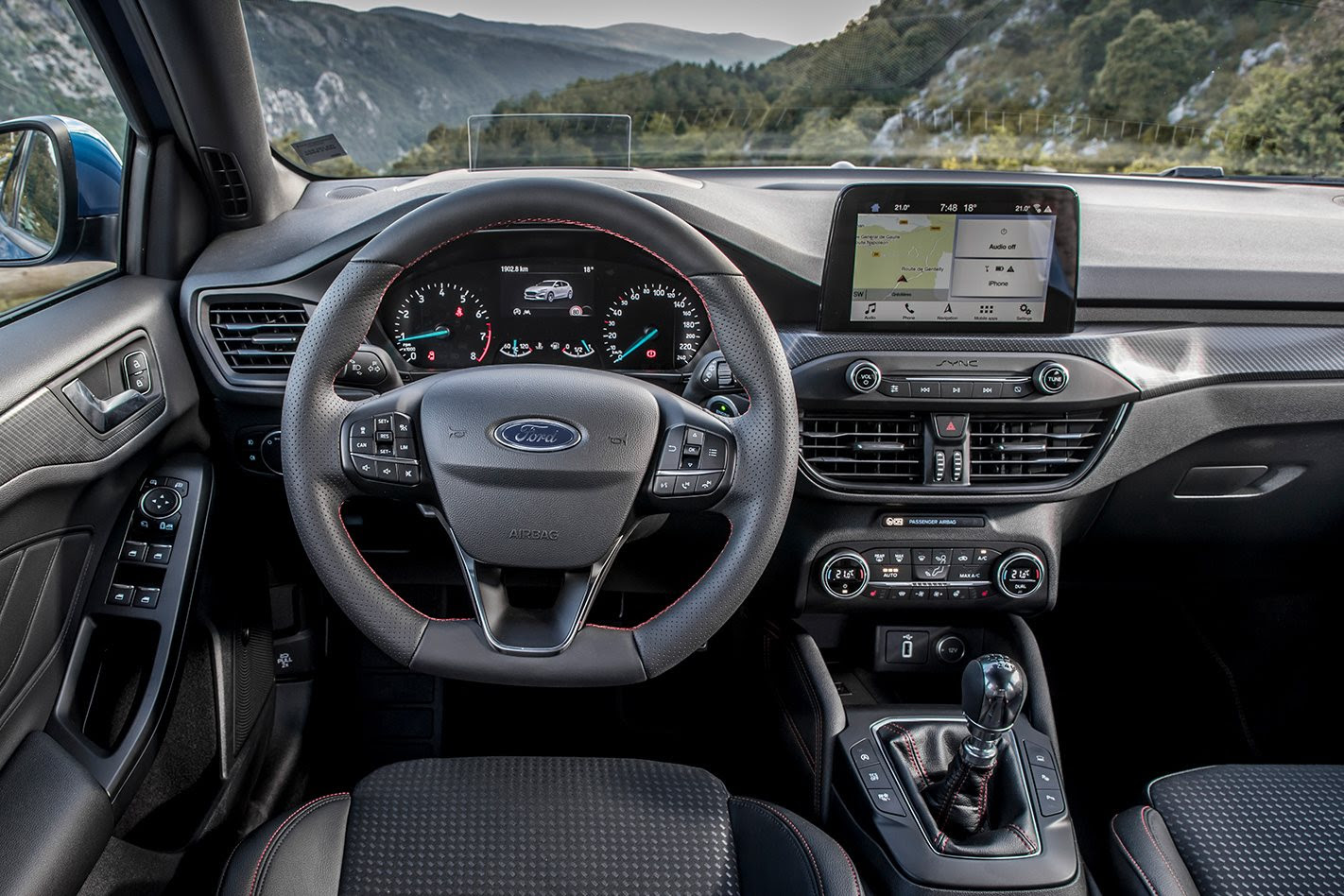 The powertrain, meanwhile, keeps up its end of the deal. I’ll happily admit to having open affection for a good triple, and Ford’s new 1.5 turbo in high-output guise (134kW/240Nm) is right up there with the VW unit (offered in Golf in other markets) for smoothness and overall refinement, and may pip it for parping, eager character. It’s never what you’d call super fruity in terms of soundtrack − in the ST-Line, especially, it could benefit from a switchable exhaust for more cheeky burble and pop, and sure, if conditions allow you to really rag it you may wish for a bit more grunt − but what is there is totally tractable and exploitable. There’s hardly any lag, a nicely plump mid-range, and top-end that, especially when teamed with the six-speed manual, doesn’t tail off as abruptly as plenty of turbo fours.

The eight-speed auto, meanwhile, cements a spot as best transmission in the class, and will hopefully diffuse any lingering negativity in the wake of the dual-clutch PowerShift debacle and the stinging A$10m slap-down Ford copped from the ACCC earlier this year. The eight-speeder’s calibration, in either normal or sport mode, is nicely in tune with those respective driving styles, and the tall eighth contributes to the frugal consumption, which ran at around mid-6s on our drive. Even the base Trend comes with paddles if you prefer to take manual control, but will auto up-shift at the 6500rpm redline if you chose not to. Only the occasional mild jolt on rapid downshifts mars an otherwise buttery smoothness. I’m not that keen on the rotary gear selector in Titanium spec − it comes off as a bit of a pseudo-premium affectation − but otherwise the interior has benefitted from a major button declutter, and the overall ergonomics and general user-friendliness are hard to fault. Likewise the equipment levels: all models get improved AEB which can detect pedestrians and cyclists at night, along with lane-departure warning and lane-keep assist. The tech and safety hits its peak, naturally, in Titanium spec with the addition of blind-spot warning, cross-traffic alert and adaptive cruise that can take care of speeds from 0-200km/h. The addition of a 650-watt B&O Play audio system, including subwoofer, shows how serious Ford is at matching the level of top-spec Mazda 3 and Golf.

Yet the Focus doesn’t quite reach those highs. There are still too many hard surfaces, fake plastic ‘stitching’ on door trims and missed opportunities inside to seriously compare the Ford’s interior with that of the VW benchmark. The dash, especially, stands to look very Fisher Price when the next Golf update ushers in a full TFT display.

But that’s a mild disappointment in the broader context of the dynamic goodness on offer. We want to drive a torsion-beam car on Aussie roads before we fully clutch the Focus to our hearts, but right now, (Euro) gut feel says this car has what it needs to atone for the shortfalls of its troublesome forebear. 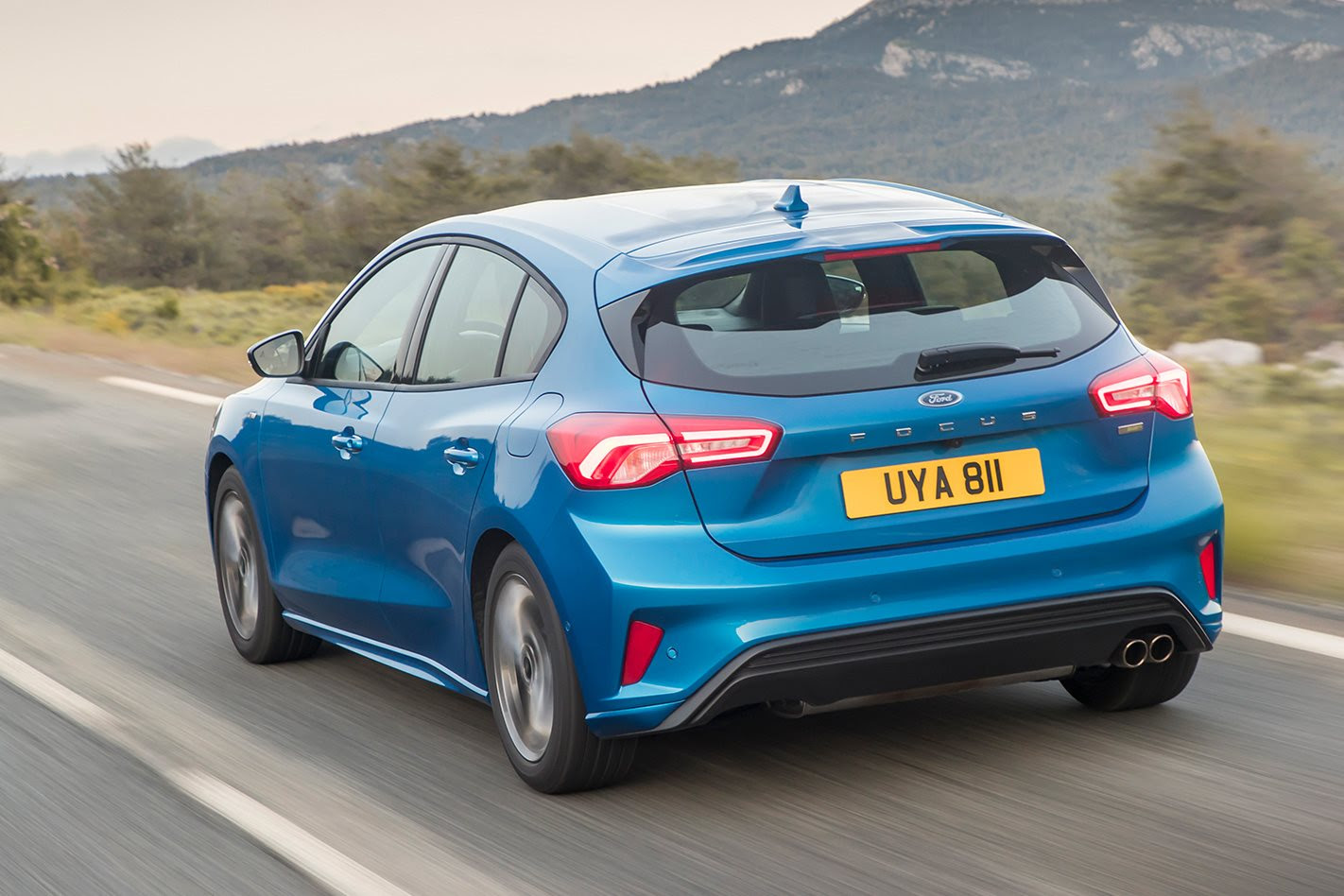