In September first shipments arrived on our shores.

But at the same time, it’s stayed the same. Forester now sits on the Subaru Global Platform that first appeared under the current Impreza and XV, and the rest of the car has been overhauled to suit. It’s a big step forward, but Subaru hasn’t thrown the baby out with the bathwater.

Much of what has made the Subaru Forester appealing in the past to a legion of buyers has carried over. It may be all-new, but there’s a likeable familiarity about the fresh Forester.

The Forester’s body is now 20mm wider and 15mm longer, and 30mm has been added to the wheelbase. This brings 20mm more room between front occupants’ shoulders, and 33mm more rear legroom – a lot considering the old car was among the roomiest in its class.

Some body panels are aluminium to mitigate weight gain; kerb weights rise by between 15 and 25kg. Safety, refinement and handling benefit from 40 percent greater torsional rigidity. 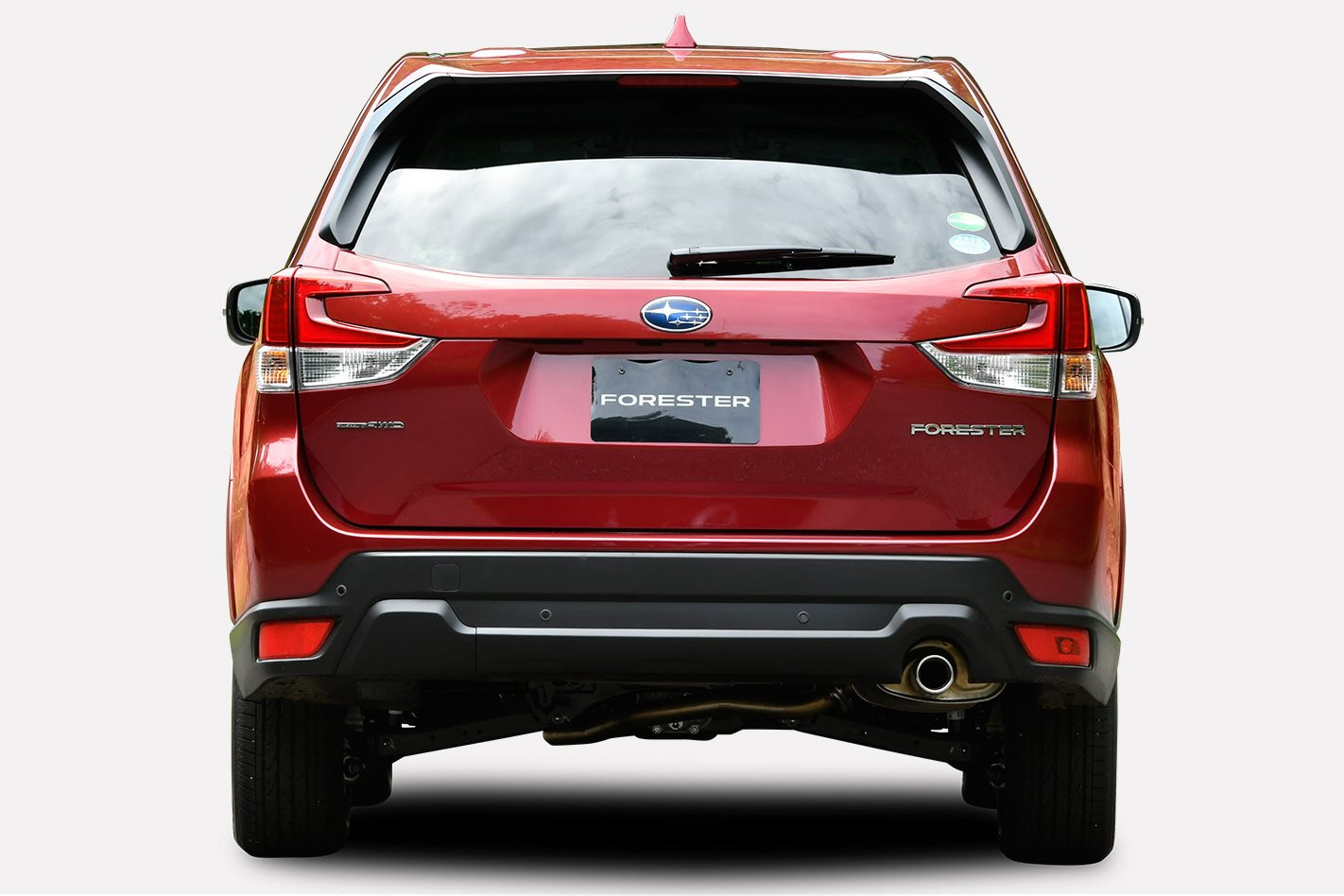 3. Say sayonara to the snail

Subaru has had a rethink and rationalised its line-up by cutting the old turbo-diesel and the XT’s turbo-petrol engine.

Just one drivetrain will be available for the local launch; a new 2.5-litre naturally aspirated flat-four producing 136kW and 239Nm. That’s 10kW/4Nm more than the outgoing atmo unit, and fuel efficiency should improve on that engine’s 8.1L/100km claim thanks to direct injection and a Subaru-first thermo control valve that helps reach operating temperature more quickly.

The boxer still needs revs to reach its peak numbers. Full power arrives at 5800rpm and maximum torque sits at 4400rpm, and driving at those upper reaches brings out a lot of unwanted chain whine from the CVT despite claimed improvements in that department. Subaru has widened the range of the transmission and given it seven ratio steps that can be selected with paddle shifters.

It’s an adequate drivetrain for pottering about at low speeds, but some will long for the torque of the outgoing turbo engines. A mild hybrid variant with a smaller 2.0-litre engine and 48v technology is expected to join the range in 2019. 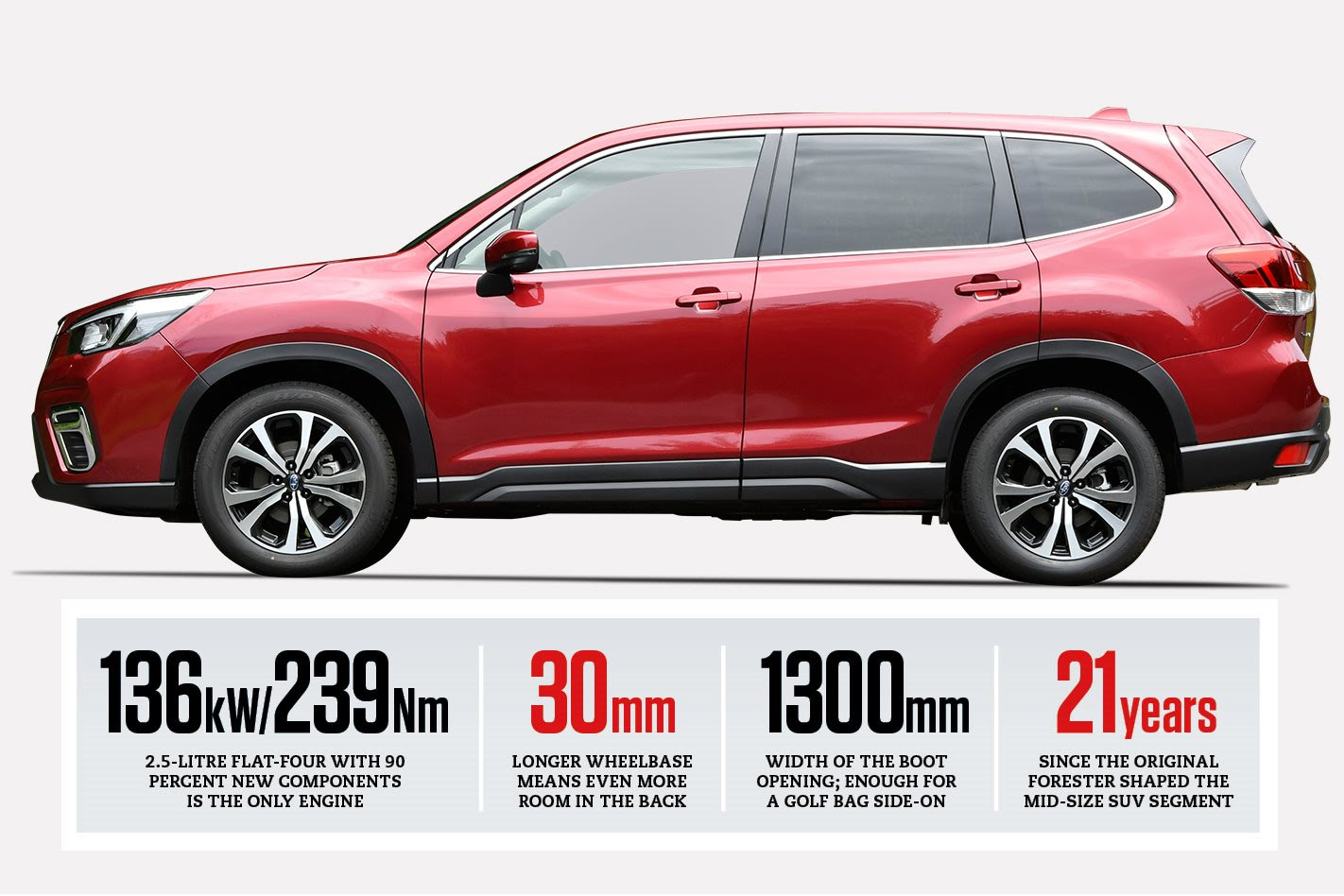 4. Not scared to get dirty

A variable ratio steering rack offers more immediate response as lock is twirled on. Beyond a quarter of a turn the weighting is heavy, and though variable racks aren’t always desirable, our quick test suggested the new model hasn’t lost the old car’s fluid handling.

A new mud and snow setting for Forester’s X-Mode system ups already respectable off-road ability, which benefits from a hill-descent control system. With 220mm of ground clearance it rivals most dual-cab utes.

Forester’s trademark high roofline and low beltline are retained, meaning tall windows with narrow pillars for an airy cabin feel and excellent outward visibility. Inside is where the biggest changes are. The use of hard plastics has been minimised and touchpoints are notably plusher.

Major controls are logically laid out, though the wheel is still busy with 17 buttons on its spokes. Textured new materials elevate the look while preserving a hard-wearing feel. 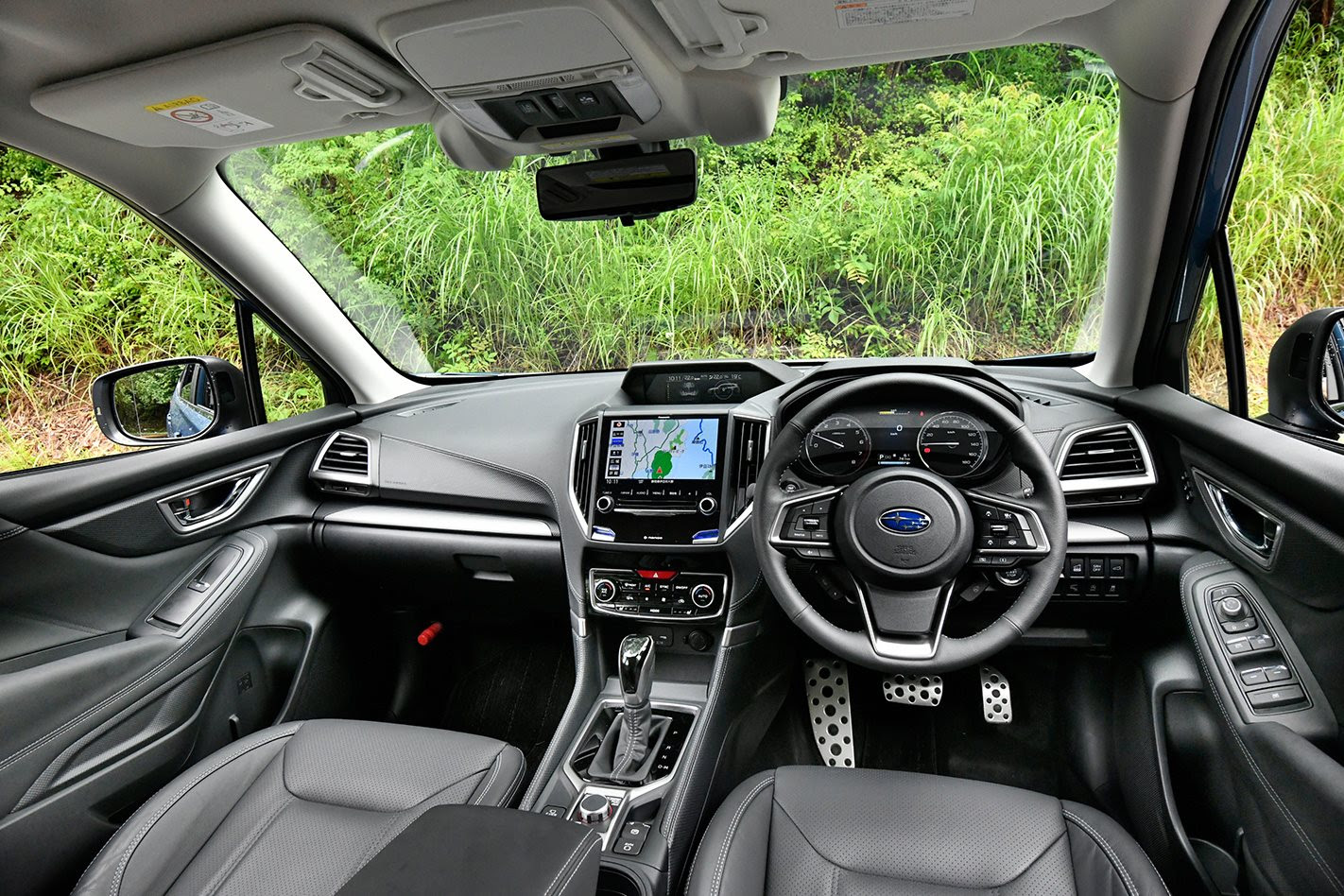 Subaru’s Driver Monitoring System uses a small camera, hidden in the dashboard, linked to a program that can recognise the faces of up to five drivers and automatically adjust seat and mirror positions, climate control settings and preferred display configurations based on stored preferences.

And it works impressively quickly when a new driver gets into the car. It can also check for signs of drowsiness or distraction and alert the driver.

The boot aperture has been widened to a generous 1300mm, and the electric tailgate has been sped up to address any frustration the slug-like operation may have caused previously. There are bag hooks, a 12V socket and rear seatback releases in the wider and longer cargo area that still houses a full-size spare and now holds 520L, which is more than most rivals. 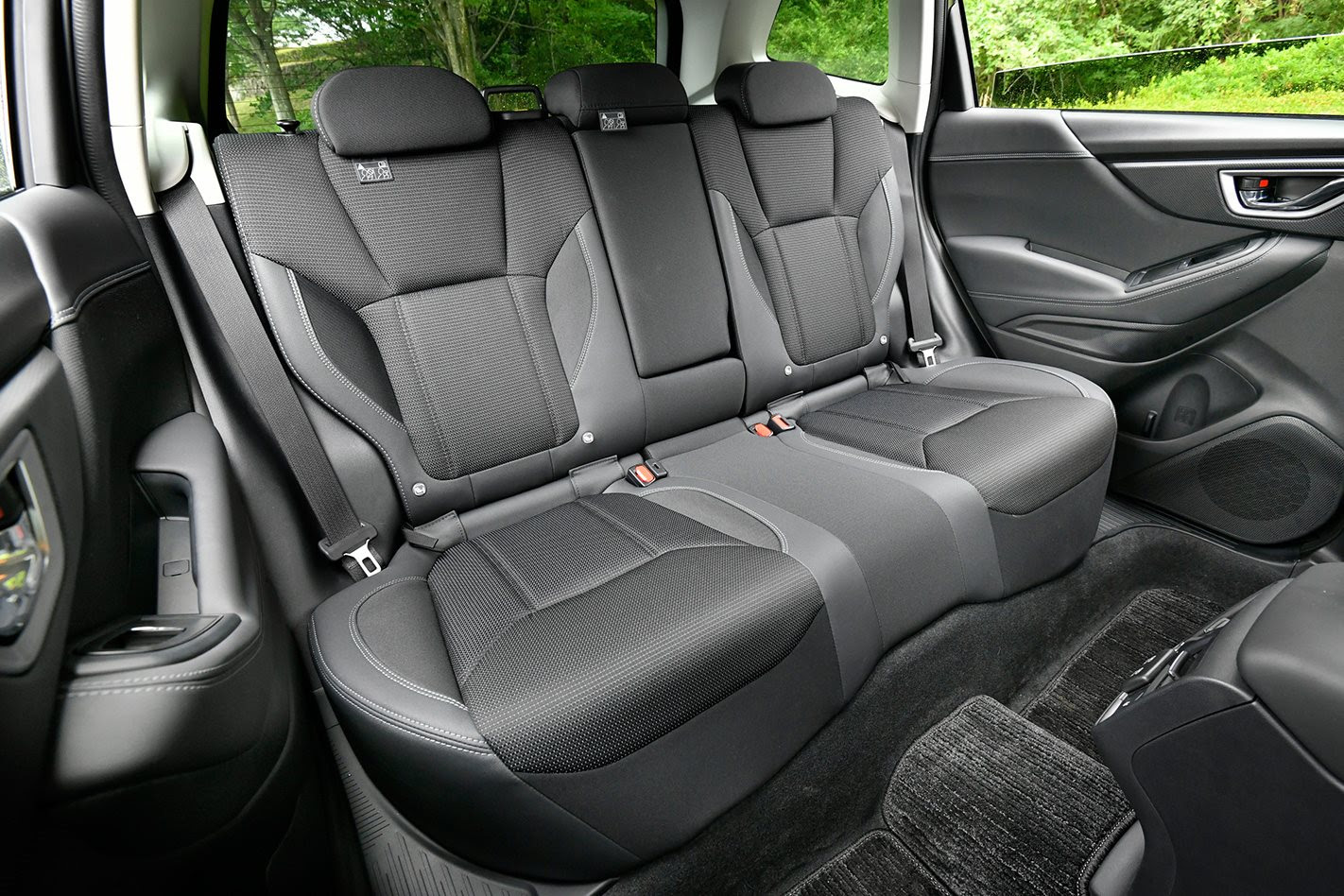