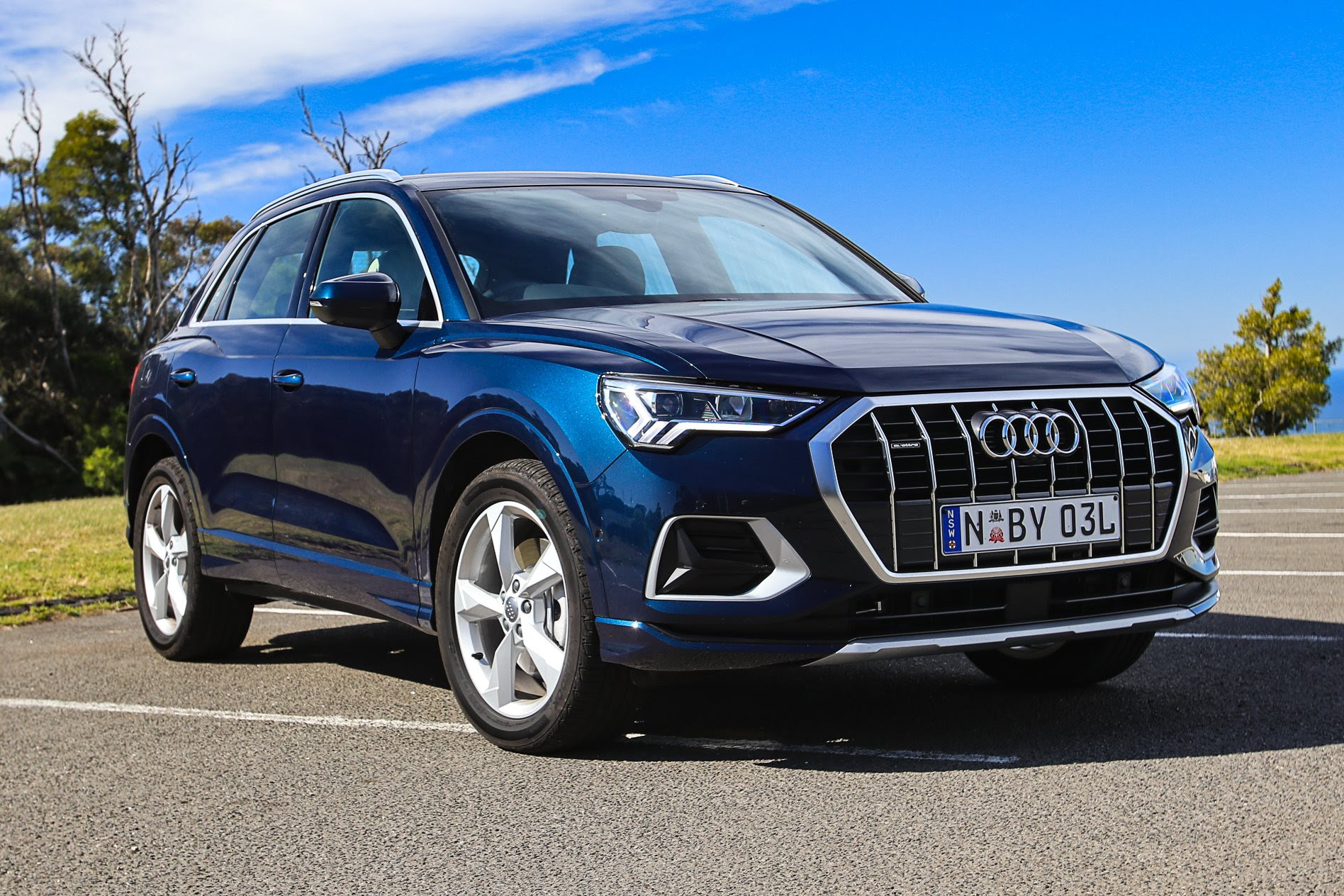 Now we have quattro available in the Q3. What do we think?

Now, Audi has upped the ante with a more powerful, all-wheel-drive version of its Goldilocks-sized SUV. The Q3’s compact dimensions belie its actual interior size, especially in the rear seats. It is a logical choice for well-heeled downsizers, but thanks to surprisingly generous headroom and decent toe and knee room, it can take even the tallest of your family or friends without complaint.

At 184cm, headroom in the rear is more than plentiful, thanks to a tightly tucked headlining, and while shoulder room with all three seats filled will be marginal, it’s astonishing how roomy it is.

Deep scallops on the rear side of the front seats also help eke out more precious millimetres of space.

Two ISOFIX baby seat points are present on the outer rear seats, while a single vent, a USB-C charging point and a 12v plug are also provided.

Up front, the leather-appointed seats sit low in the car and are well-shaped even for bigger bodies. The steering wheel is quite large but the view through to the digital dashboard is unfettered. All-round visibility is better than average, thanks to the decently-sized glasshouse.The boot will take 530 litres of stuff thanks to a sliding second row of seats, or a decent load of suitcases or baby stroller and assorted stuff. The triple-split 40/40/20 split/fold seat is a very handy thing as well.

There are luggage tie-downs to allow the fitment of a cargo net – very handy things – while under the floor lurks a space-saver spare and a decent raft of tools.

The seven-speed dual-clutch gearbox works via a traditional t-bar or paddles behind the wheel. In comparison to more expensive Audi products, the Q3 feels simpler and less intimidating, though the new and richer-featured MMI multimedia system requires a bit of attention to get accustomed to.

Being a mid-grade Q3, niceties like keyless entry, a powered tailgate, a phone charging pad, wireless Apple CarPlay and powered seats are standard, along with auto LED lights and automatic wipers.

Anything we don’t like about the interior of the Audi Q3? Not really, to be honest, aside from our tester’s grey trim. And you’ll need an adaptor to use the smaller USB-C charging ports with traditional cables. 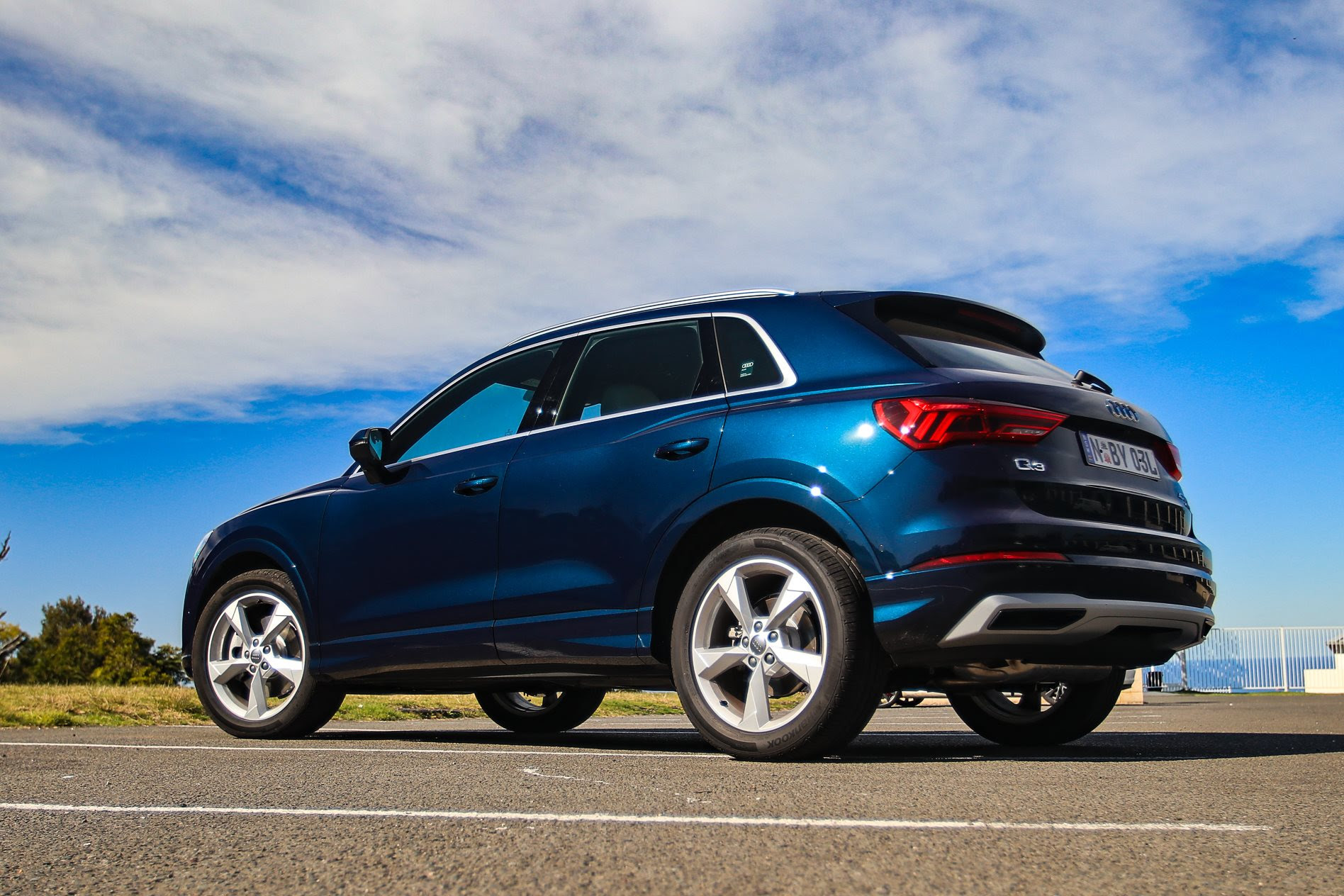 Under the bonnet lurks Audi’s familiar 2.0-litre four-cylinder turbocharged petrol engine, linked via a seven-speed DSG auto to an all-wheel-drive system. In this guise, it makes 132kW and 320Nm, which is sufficient for around-town work as well as intercity cruising.

It’s not endowed with adaptive shocks that can be changed between comfort and sporting modes, and the stock suspension tune is a little underdone for my liking.

The main complaint is that it feels like the shocks aren’t working hard enough to control the movement of the springs, which translates into a somewhat jostling, busy ride inside the cabin.

The trait is exacerbated by the wheels, which at 19 inches in diameter are an inch larger than the ones on the base model 35. This means the tyres are correspondingly shallower and the overall weight swinging off each corner is greater.

It’s not the end of the world, though, and the Audi still offers excellent grip, steering feel and poise – and the ride quality will improve with more bodies on board.

It’s just not as cosseting as you might expect from a non-S or S-Line Audi. 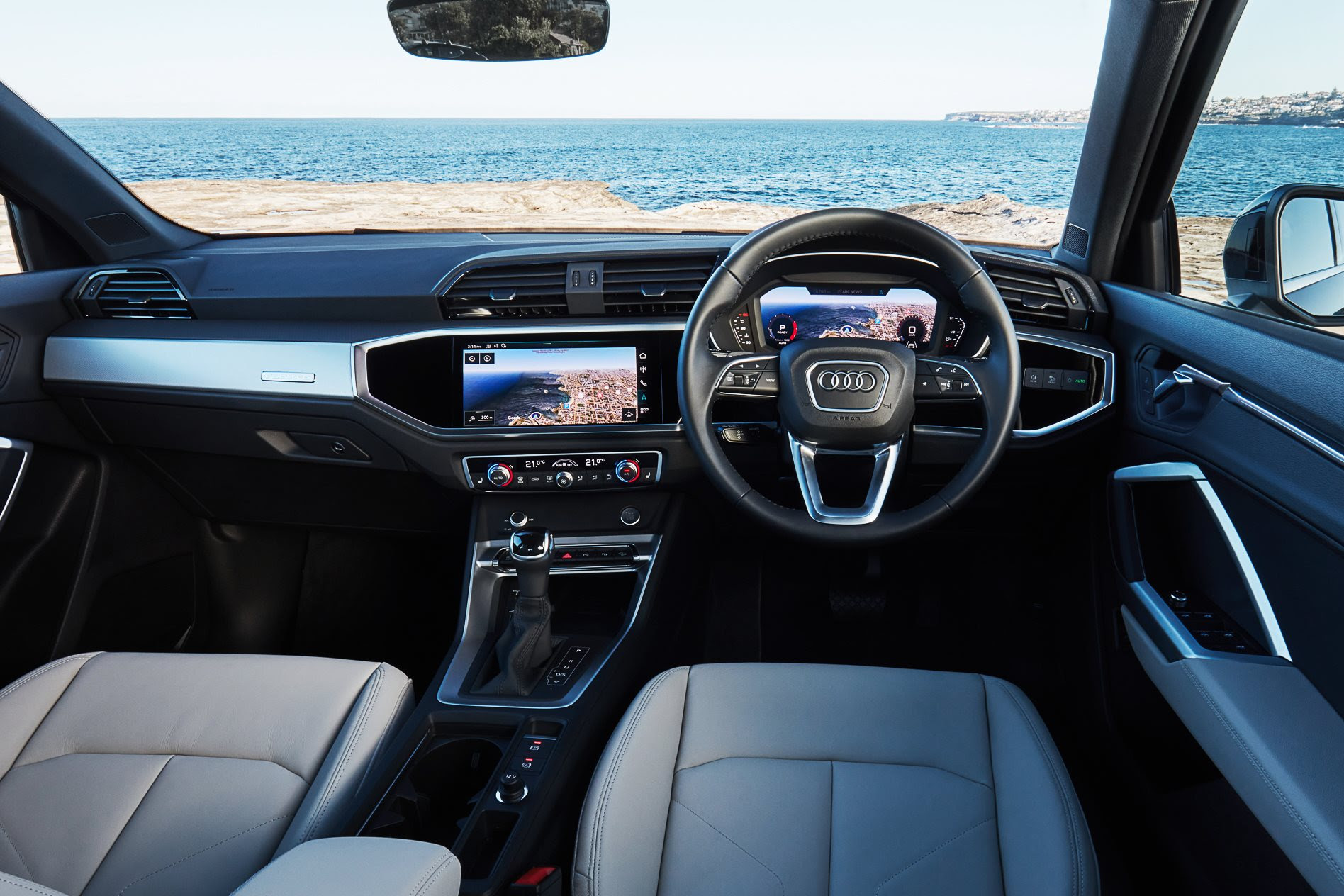 It’s all too easy to dismiss entry-level Audis as merely tarted-up Volkswagens – the two companies are, after all, very closely tied. It’s also not a correct assertion to make.

While the oily bits underneath are shared across both brands, tangibles like fit and finish, interior materials, exterior design and, of course, brand cache need to be taken into account.

However, those advantages are mitigated at the lower end of the price spectrum, and even a cursory look at something like VW’s new-to-Australia T-Roc X reveals that it has the same engine, all-wheel-drive, similarly high standard safety features, similar interior dimensions and nice-to-haves like LED headlights.

However, the lure of the four rings is strong, and that’s enough to sway the argument for many people. There’s also no doubt that the Audi holds the upper ground when it comes to interior design and execution; it’s not hard to see where the extra money goes.