As the popularity of SUVs continues unabated, it is astonishing that, in a century of Australian vehicle manufacturing, Ford’s late and lamented Territory was the only one ever made here. 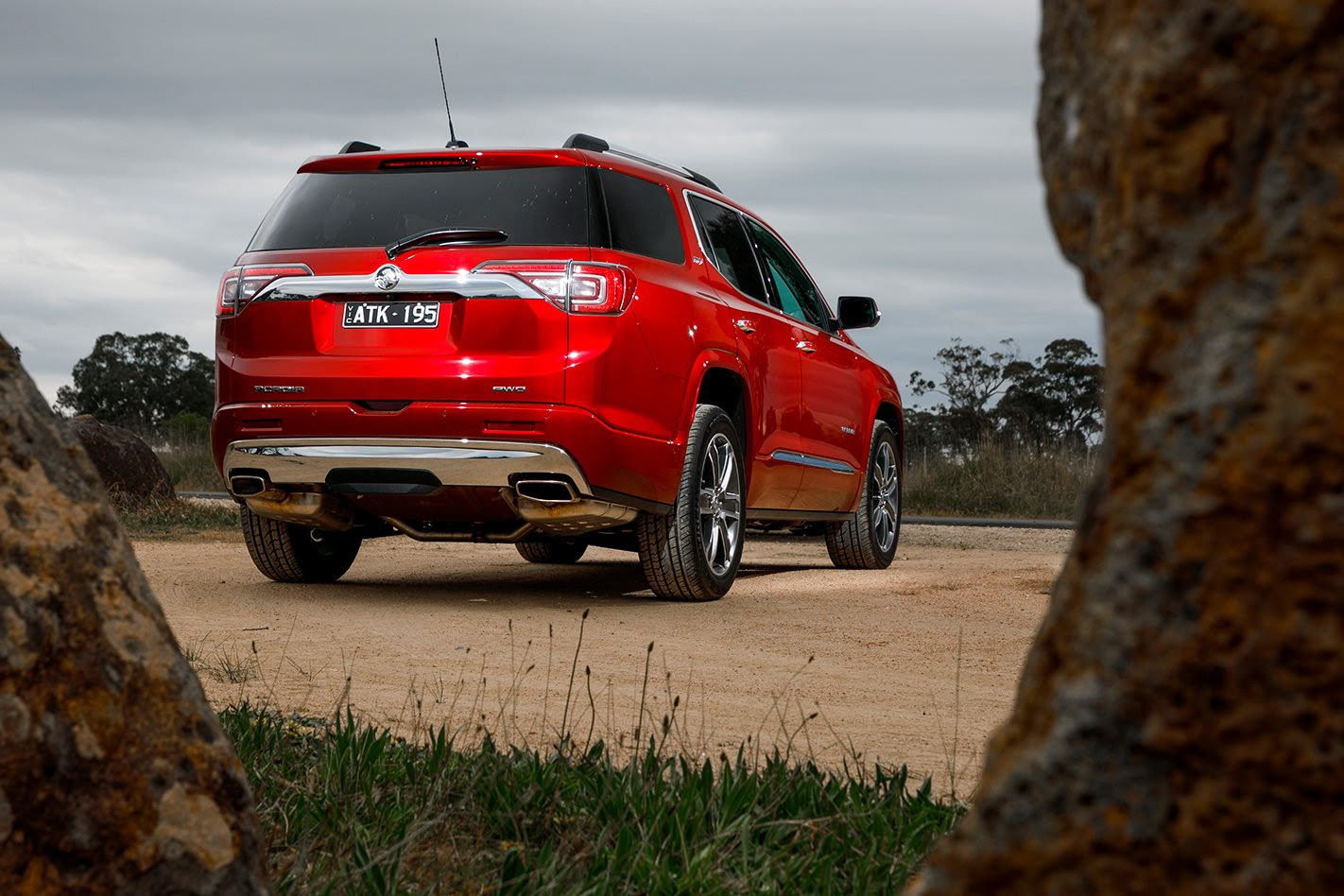 Today, post shut-down, could the gap that the Ford’s demise has left in the Australian psyche, as well as in the seven-seater segment, be plugged by Holden.

Enter the Acadia – a formidably fashioned wagon starting at a razor-sharp $42,990 (LT 2WD) that’s as Aussie as the Tennessee plant where it’s assembled alongside the GMC twin (grille aside) of the same badge. For anybody unfamiliar with the nameplate’s history, it has been General Motors’ more sophisticated take on Chevrolet’s Toyota Kluger-challenging Traverse since 2007, and was completely redesigned in 2016. We’re talking light years beyond the antiquated Captiva – Holden’s last (and much littler) 5+2-seater. 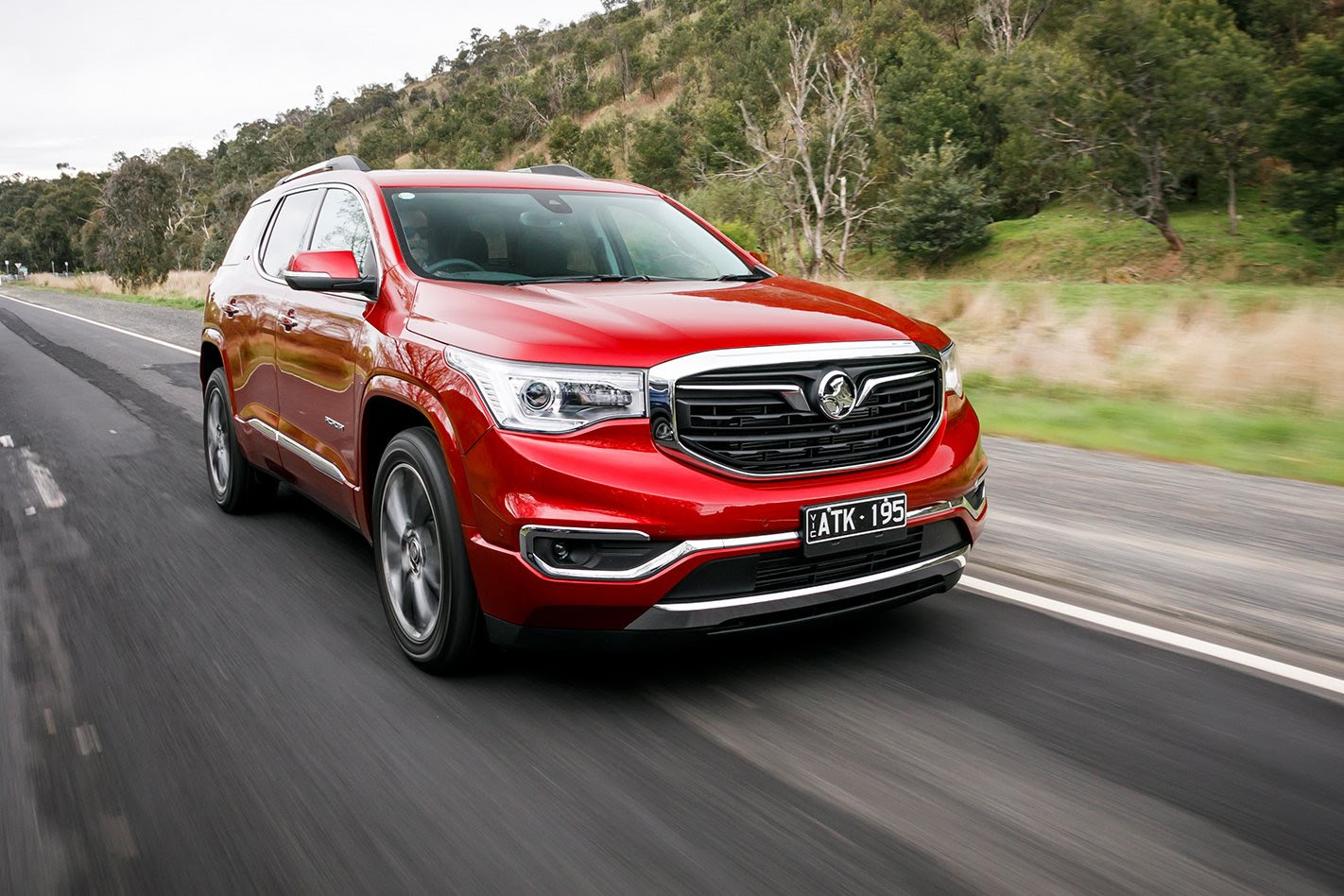 Intriguingly, our Acadia is essentially the 2020 GMC facelift (minus the still-secret sheetmetal changes), bringing Australian-unique adaptive dampers on the LTZ-V flagship, a nine-speed auto, and traffic-sign recognition tech among other goodies. So, how tasty is this Fishermans Bend-flavoured American Pie?

Though it may seem GMC truck-massive, the dimensions of the Acadia’s all-monocoque body mirror those of the Kluger, and it’s shorter than Mazda’s slinky CX-9. Aided by the upright styling and a long 2857mm wheelbase, there’s space aplenty for seven adults, on thickly padded seats. A commanding driving position, attractive dash offering clear, Commodore-esque instrumentation, gusty ventilation and a slick multimedia interface make good horse sense, though the auto lever’s manual toggle shifter is (as a Southerner might quip) piddlin’ – just like the dim-witted voice activation. 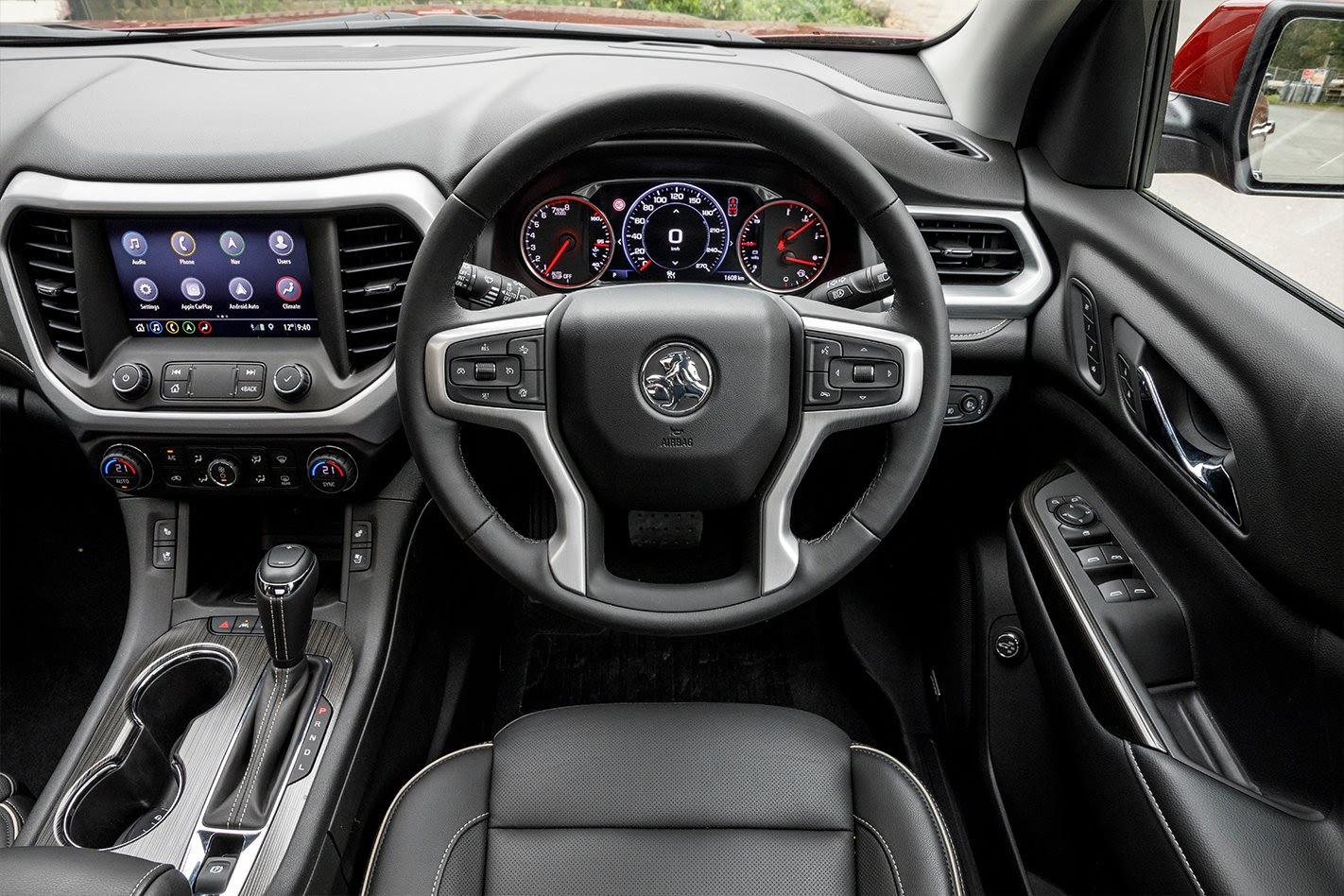 Access to the third row is simple, there are cupholders, USB points and storage galore, and equipment levels in all three model grades (LT, LTZ, LTZ-V) are hunky dory. Beyond that, cargo capacity varies from 292 litres to 1042L as a five-seater and a handy 2102L in panel-van mode. If the Acadia’s rockin’…

It’s a pity that Holden has retained the left-hand-drive-centric middle-seat slide/fold set-up (that favours road side rather than kerb side third-row entry/egress); ours suffered minor build quality blemishes too; and road noise can be intrusive. 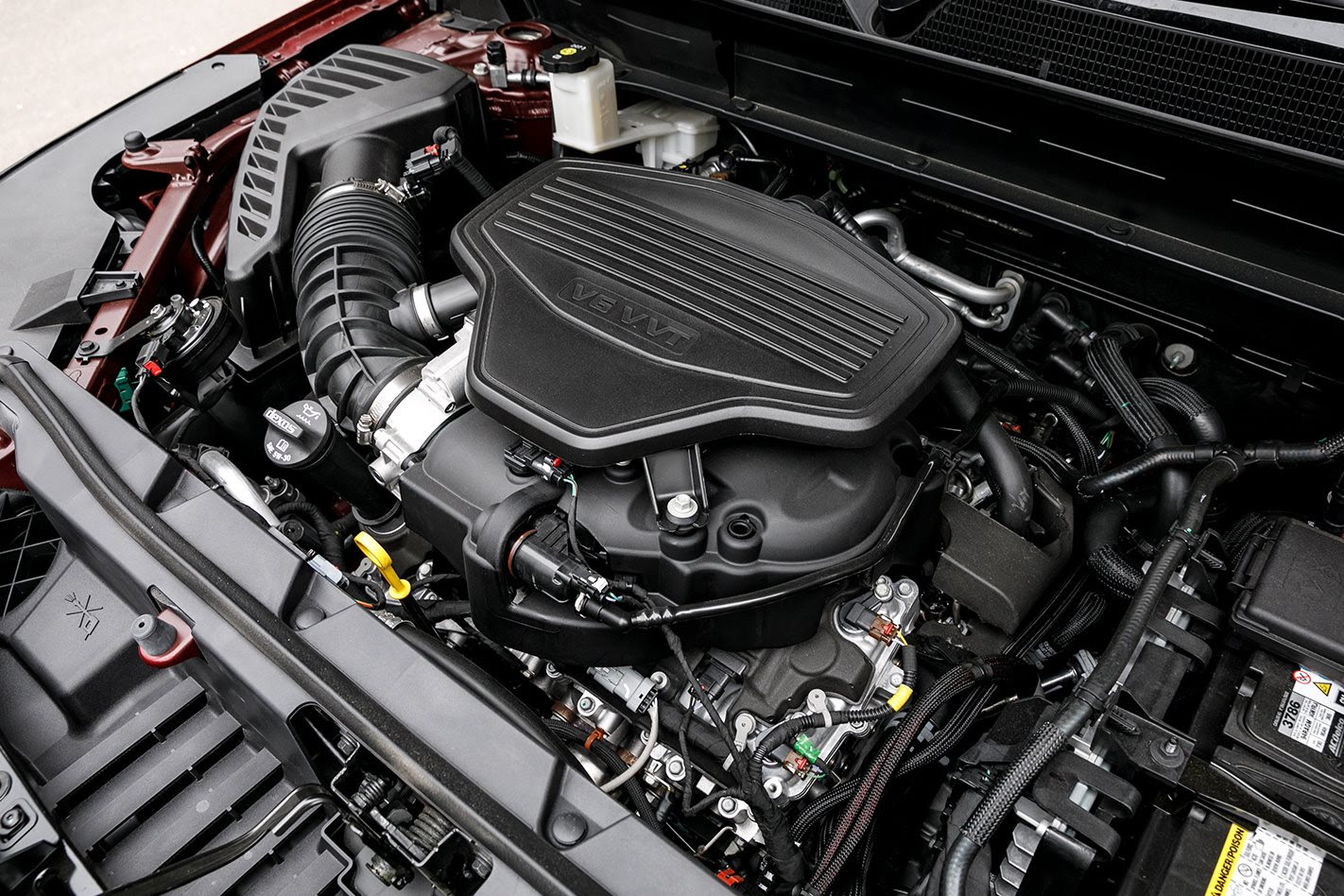 Under the Acadia’s skin, meanwhile, is GM’s Epsilon II-derived C1 architecture – as per today’s Commodore – with struts up front and a five-link independent rear. And just as in ZB, there’s a 231kW, 367Nm 3.6-litre petrol V6, also fettled by Holden, driving either the front or all-four wheels.

Even in porkiest 2032kg LTZ-V guise, the result is spirited step-off performance that just keeps punching on, accompanied by a tuneful V6 in keeping with the Acadia’s butch persona. The smooth nine-speed auto feels intuitively tuned for instant oomph, while comparatively low consumption (10.0L/100km on test) highlights the bonus of cylinder de-activation and stop/start.

The positive vibes continue with the Holden’s expertly controlled, and locally tuned, handling, allowing for incongruously fast, precise and assured cornering without the slack and slop some rival SUVs exhibit. 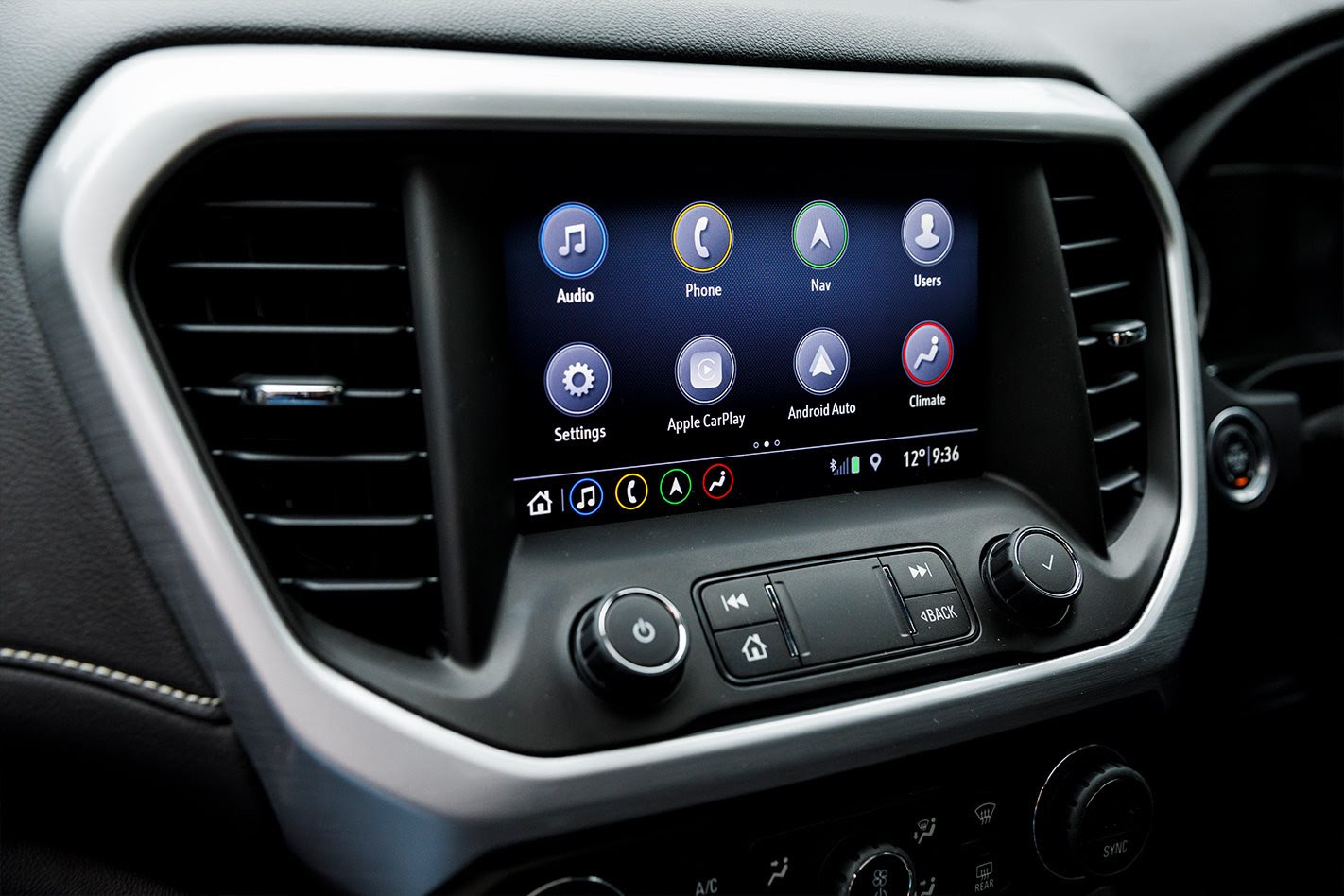 So it’s slightly disappointing that the steering is too light and remote in 2WD mode. Turning the (vague and slow-to-respond) drive-select knob to AWD adds heft, but it’s only in Sport that there’s sufficient weighting for enthusiastic tastes; the problem here though is that the dampers trade suppleness for a firmer, more unsettled ride. Why no pick ’n’ mix individual drive mode, GM?

Still, despite the Uncle Sam genes and sourcing, Acadia has enough Holden input to seem like the Commodore of seven seaters, just as the Territory felt like the Falcon of SUVs. That’s reason enough for disenfranchised Aussies to embrace Holden’s characterful family hauler.