A great driving car…but that grille….

Plastered to the front of the new Bavarian two-door, the courageous, vertiginous, Bugs Bunny intakes scream that BMW is chasing a new customer with its 4 Series, and neither of them are likely for you nor me. Yet find yourself behind the wheel and you’ll discover the engineers haven’t forgotten us. Far from it.
Attempting to nab what would only be BMW’s second COTY award (after the i3’s win in 2014), the three-tiered 4 Series range fronted our testing with two variants: the entry-level turbo 2.0-litre rear-drive 420i, packing 135kW/300Nm; and the big daddy 3.0-litre turbo straight-six M440i xDrive (all-wheel drive), with a somewhat more alluring 285kW/500Nm. 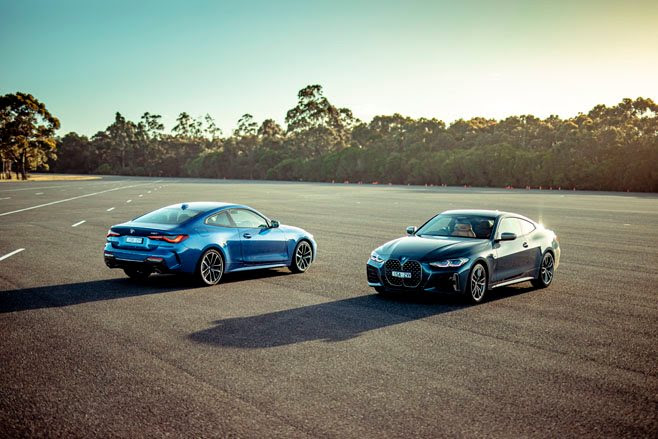 Against the criteria, function is where the 4 Series excelled for the judges. It’s intended to be a statement-making sporty coupe with grand touring ability, comfortable or fun to drive, whatever your mood demands, and in that regard, it was a big tick for both variants. The softer 420i on its standard passive dampers offers a more classic rear-drive sports experience, pitching and yawing on less tenacious tyres but in a pleasing way. And, enjoyably, with just enough power to tax the chassis.

Where the 420i feels ‘lovely’, the grunt-packed M440i xDrive is plain old mean. Cornering lower and flatter, on firmer suspension and much stickier tyres, it’s a more serious and agile device, replacing relaxed cabin conversations with a tense quiet intermixed with roaring straight-six engine noise and tyre squeal.

BMW claims 285kW/500Nm from the 3.0-litre turbo B58 straight-six, but with a stated 0-100km/h time of just 4.5sec (versus the 420i’s relatively sedate 7.5sec) they must have measured against the fittest horses in all of Europe. And few powertrains combine muscle, flexibility and buttery, unflappable smoothness quite like the one in the traction-packed, utterly rapid M440i. 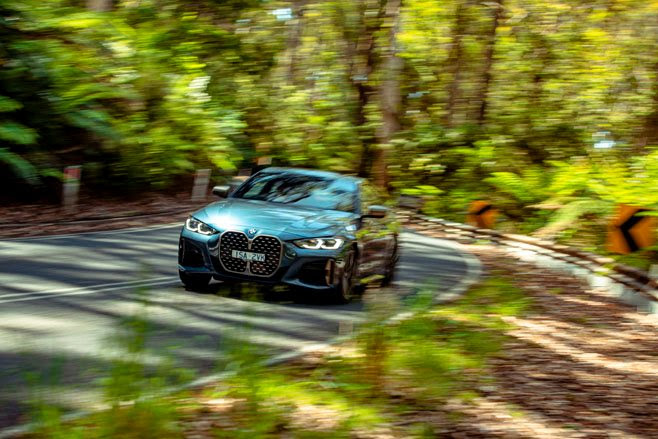 But either car encourages you to drive it – and rewards. And when you’ve had enough, flick back into Comfort mode and you’ve got a very relaxing sled to get you home, with good ride quality (surprisingly good in the adaptive damper-shod M440i) and a beautifully appointed – and built – high-tech BMW interior. More than two-plus-two, the newly enlarged 4 Series is almost a proper four-seater, too, with plenty of leather, space and amenities for the rear occupants. And further aft of the rear bench, a decent-sized boot.

For safety, it’s a big tick, too. No 4 Series has yet been hurled at any solid objects by ANCAP or NCAP, unlike the G20 3 Series, which has scored five stars in both. Fair to say it’d be the same outcome for the 4 Series which offers six airbags (although rear passengers only get head protection), AEB, adaptive cruise, lane-keep and reversing assist. And some of the most clever ESC and ABS of all the cars we tested. 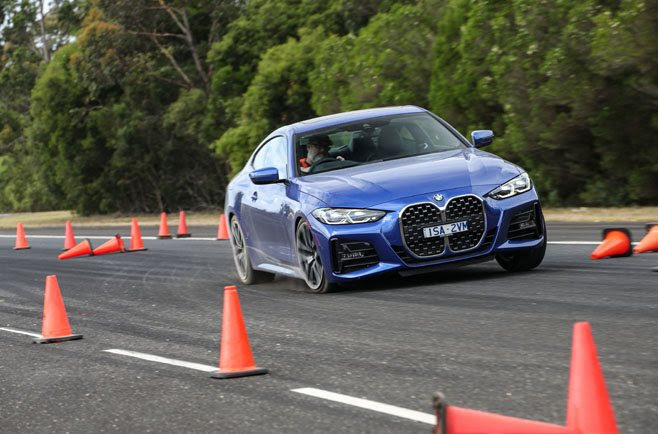 While the 4 Series nails its sports-touring coupe brief, and is plenty safe, it’s against the remaining criteria it falls short. For technology, the 4 Series has every gadget you could ever want – including two 12.3-inch displays, for instruments and infotainment, however it doesn’t really move the game forward in any particular way. For efficiency, the 420i claims a combined 5.6L/100km and the M440i 6.9L/100km, but that’s if you go nowhere near the performance of your new sporty coupe.

The 4 Series also didn’t score highly for value. While it’s all relative, $70,900 MSRP for the 420i is pretty steep for something with ‘just’ 135kW. And $116,900 MSRP is also a fair ask for the M440i, even if it could be considered a cheaper, more comfortable M4. Plainly, both represent luxury purchases that would be a stretch if you asked the average Aussie punter.

Not that they’re likely to give much of a response; too busy talking about a certain something else. 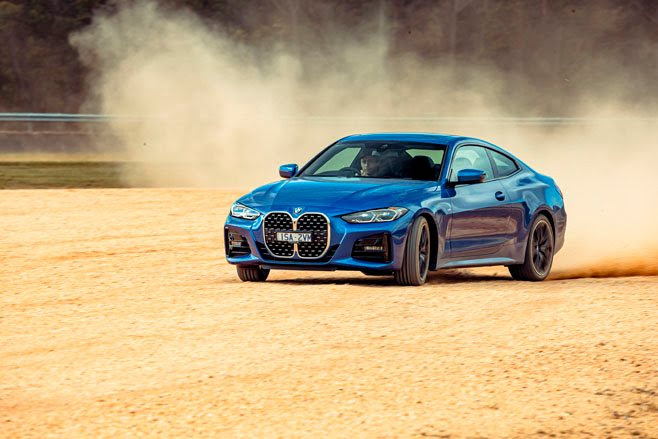 “Firstly, where is the Hofmeister kink in the C-pillar? That kind of brand design cue is gold; I’d be loathed to relinquish it. Accordingly, the side view, while sleek and elegant, now looks a little anonymous.

“Likewise, the interior is beautifully executed but feels a bit sedan-like. Even the grunty M440i feels a lot more luxury than sport, except for the sport steering wheel which has the girth of a bratwurst.

“Oh, you asked about the grille? Hmmm…. I think it works better on an SUV.”