We judge the base model for competence and value.

What is the Hyundai Palisade 3.8L V6?

This is the entry-level variant of Hyundai’s new large eight-seat SUV flagship that’s unashamedly big and brash, having been primarily designed for the US market.

The Palisade almost stands alone amongst all the big SUVs in Australia. It’s bigger than other large seven-seaters, such as the Mazda CX-9, Kia Sorento and Toyota Kluger, which line up closer with its Santa Fe sibling, and it doesn’t have the off-road capability of the Toyota LandCruiser Prado or Nissan Patrol. 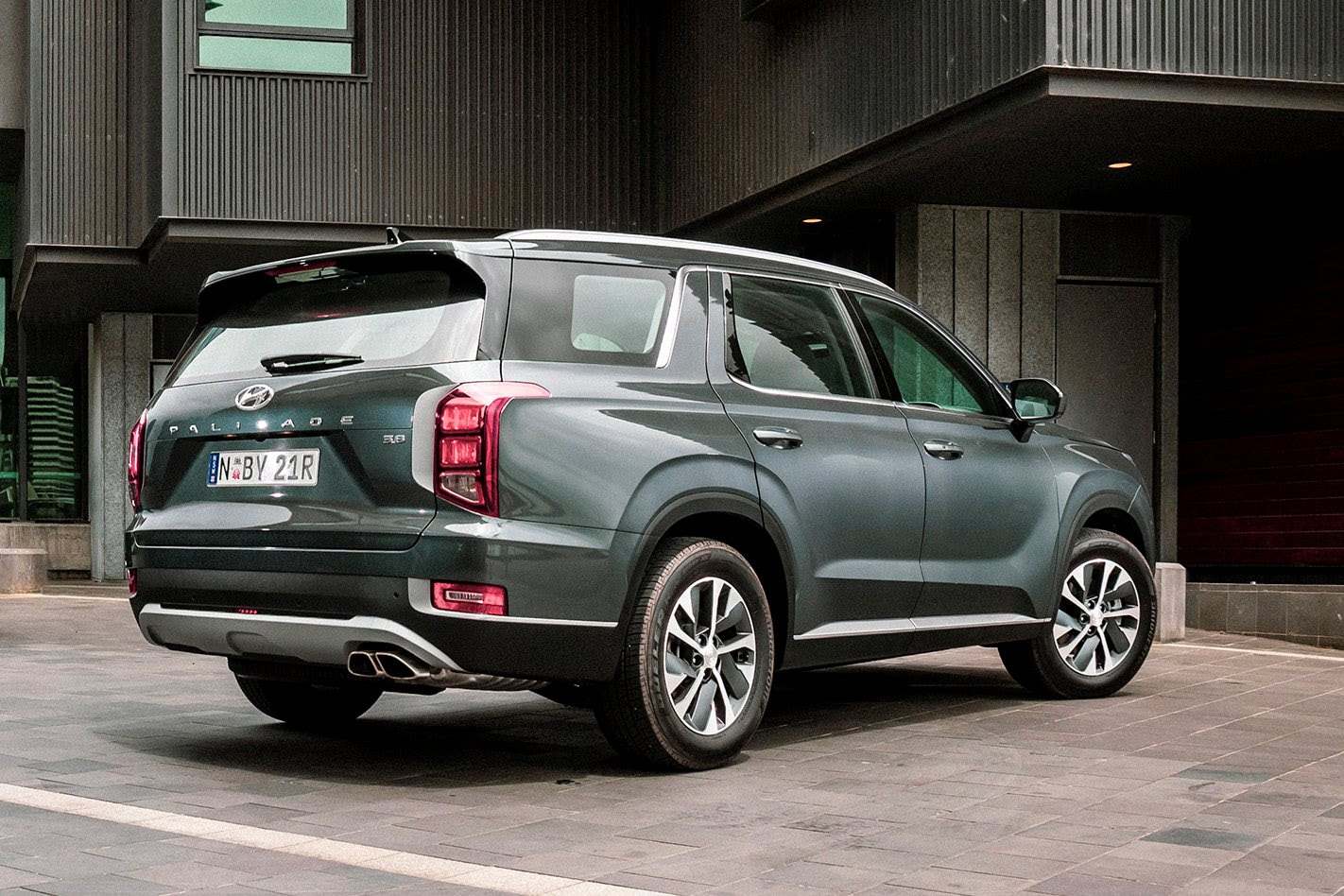 Its closest SUV rival would have been the now discontinued Holden Acadia, which was available with a similar V6 FWD drivetrain and spacious third row but had seven seats compared to the Palisade’s eight.

Such is its unique position on the Australian market that we recently put this Palisade variant through its paces against its Kia Carnival eight-seat people mover cousin that, apart from body shape, has quite a bit in common.

Priced at $60,000 before on-road costs, this V6 petrol front-wheel-drive Palisade is one of four variants available in Australia. The other three include an all-wheel-drive four-cylinder turbodiesel version in the same spec that costs an additional $4000, and the plusher Palisade Highlander that comes with either powertrain, priced at $71,000 and $75,000 for the petrol and diesel respectively. 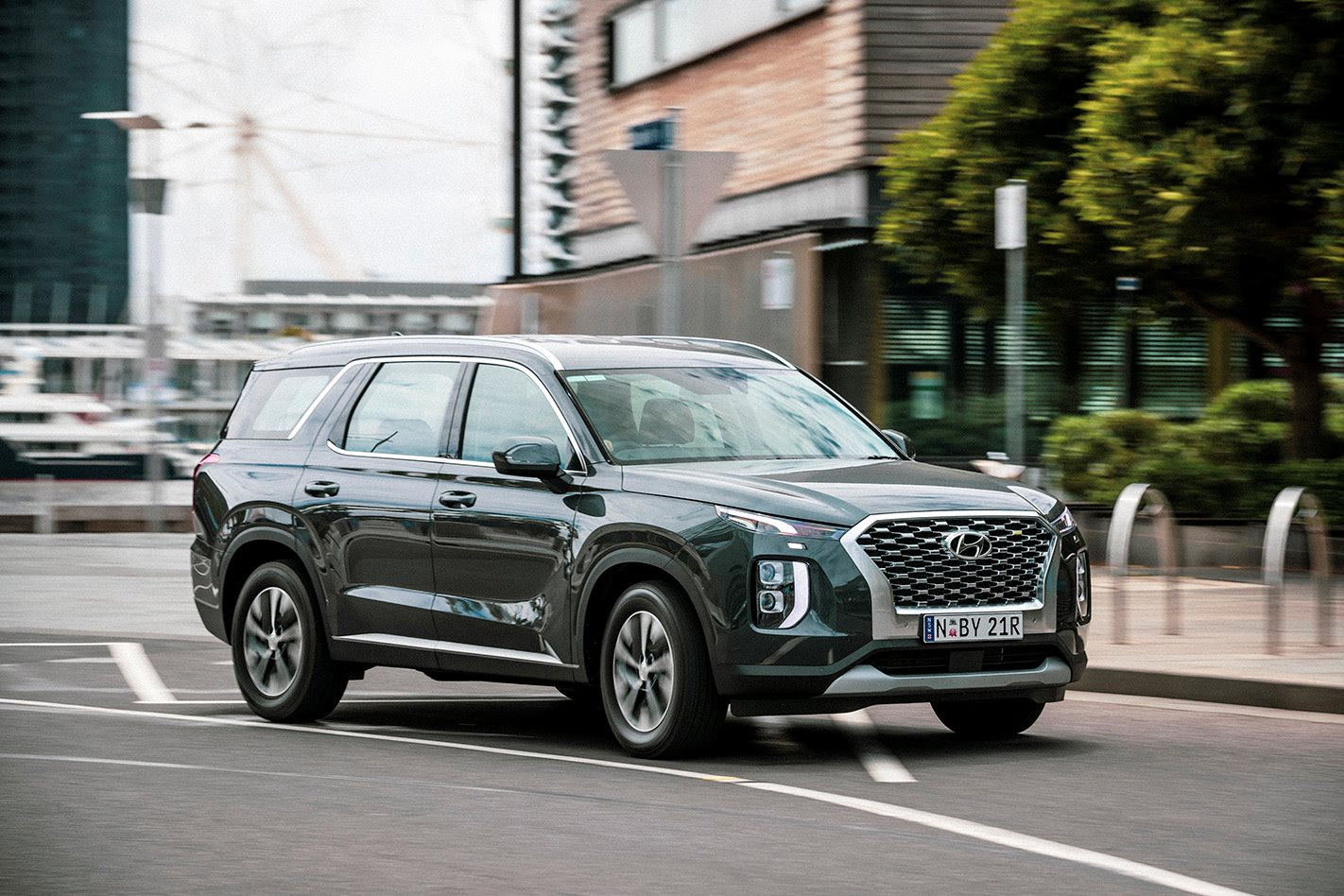 What is the Hyundai Palisade 3.8L V6?

At just under 5.0 metres long and 1.75m tall, one thing you certainly won’t complain about in the Palisade is a lack of space, with every seat offering good head and legroom including those in the third row.

Starting at the front, the Palisade has comfortable leather seats with the driver enjoying 10-way power adjustments including lumbar support. Despite its almost two-metre width and ample elbow room, you feel a certain cosiness thanks to the large flying-buttress style centre console that provides plenty of storage space, with a deep bin and a tub in which to store and hide your phone and keys. Then there’s the glovebox.VIEW infotainment system either directly or via Apple CarPlay or Android Auto. There are also two 12v sockets. 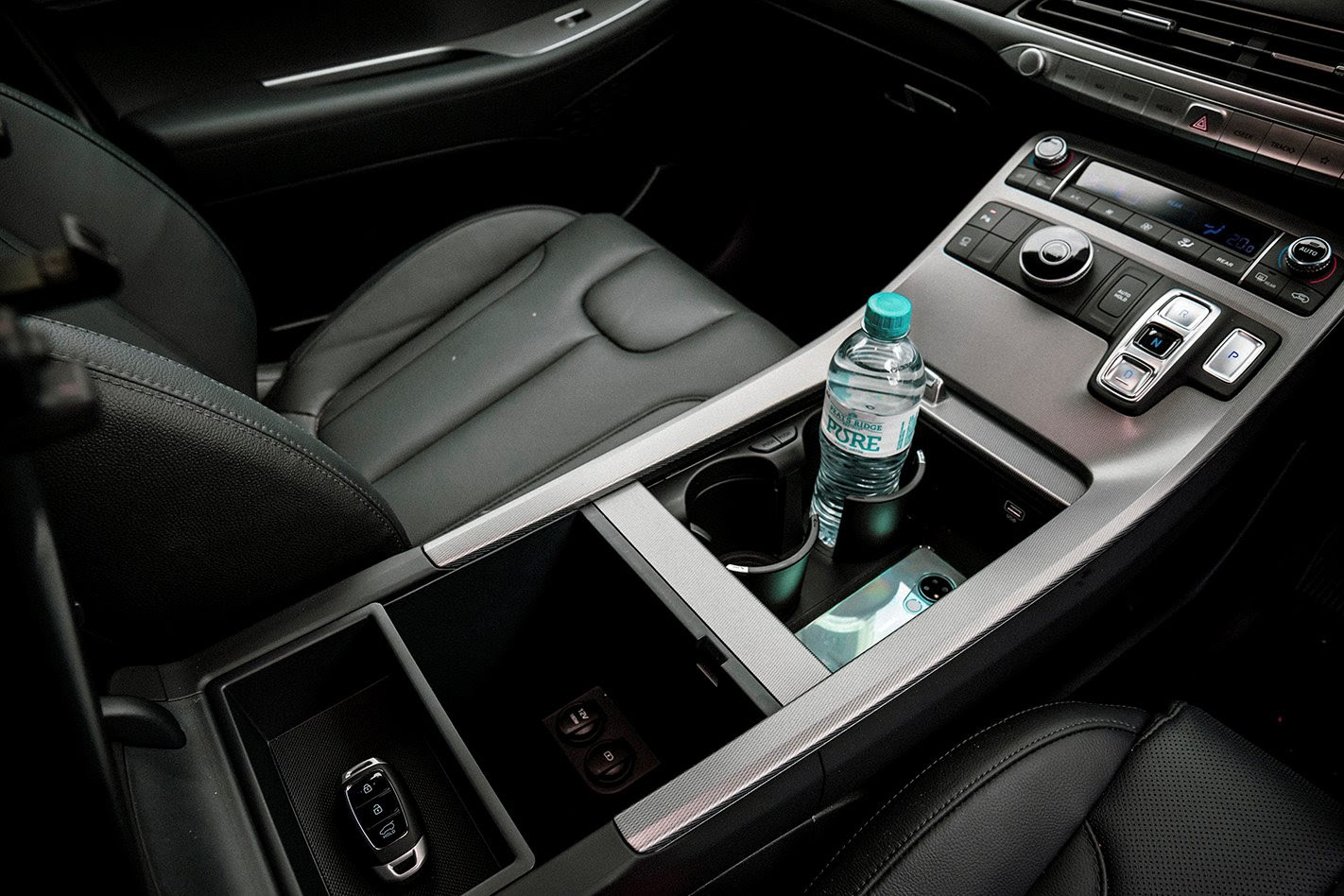 The console sits nice and high, making it a comfortable armrest while making it easy to reach the three-way climate control buttons and dials.

Second-row passengers are also looked after space-wise, with exceptional legroom in all three positions. The seats slide forward and back and the middle backrest folds down to become an armrest with two cupholders (of eight in that row alone), two USB ports that are each mounted on the side of the front seats, a 12v socket, ceiling-mounted air vents, and dedicated climate-control buttons.

Unlike in some three-row SUVs where the occupants feel like they’ve been banished, seats six, seven and eight have good legroom though you will have a hard time squeezing three adults abreast. Two grown-ups will be comfortable enough and you’ll rarely hear any complaints about headroom. The third row also has two USB ports, four cup holders and ceiling mounted air vents. The seats themselves recline up to 10 degrees and legroom can be extended by sliding the second row forward. Entry and egress is made easy with a one-touch switch that pushes the passenger side rear seat forward and folds the backrest forward.

The second- and third-row seatbacks split 60:40 for cargo-carrying versatility. Unlike many three-row SUVS that have rudimentary boot space with all seats employed, the Palisade has a useful 311-litre cargo area – by comparison, the Santa Fe’s holds 130-litres of stuff while the Kia Sorento and Mazda CX-9 hold 230 and 187-litres respectively. With five seats in play, the Palisade holds 704 litres, which again is considerably more than the Santa Fe’s 547 litres but less than the CX-9 (810 litres) and Sorento (821 litres). This pretty much tells you where the Palisade’s extra sheet metal has gone.

The Palisade carries a full-size alloy wheel under the boot floor.

Should you need to haul additional cargo, each Palisade variant 2200kg has a braked towing capacity and 750kg un-braked.

Service intervals are every 15,000km or 12 months and, like any Hyundai, it comes with a five-year/unlimited-kilometre warranty.

What is the Hyundai Palisade 3.8L V6 like to drive?

As you’d expect from a vehicle this size, the Palisade feels quite stately. At 4980mm long and 1975mm wide, this is a big vehicle, but it feels a lot more nimble than those numbers suggest.

It’s 1750mm tall so body roll is inevitable, but that big footprint brings the centre of gravity down to negate it and it feels quite planted to the road. 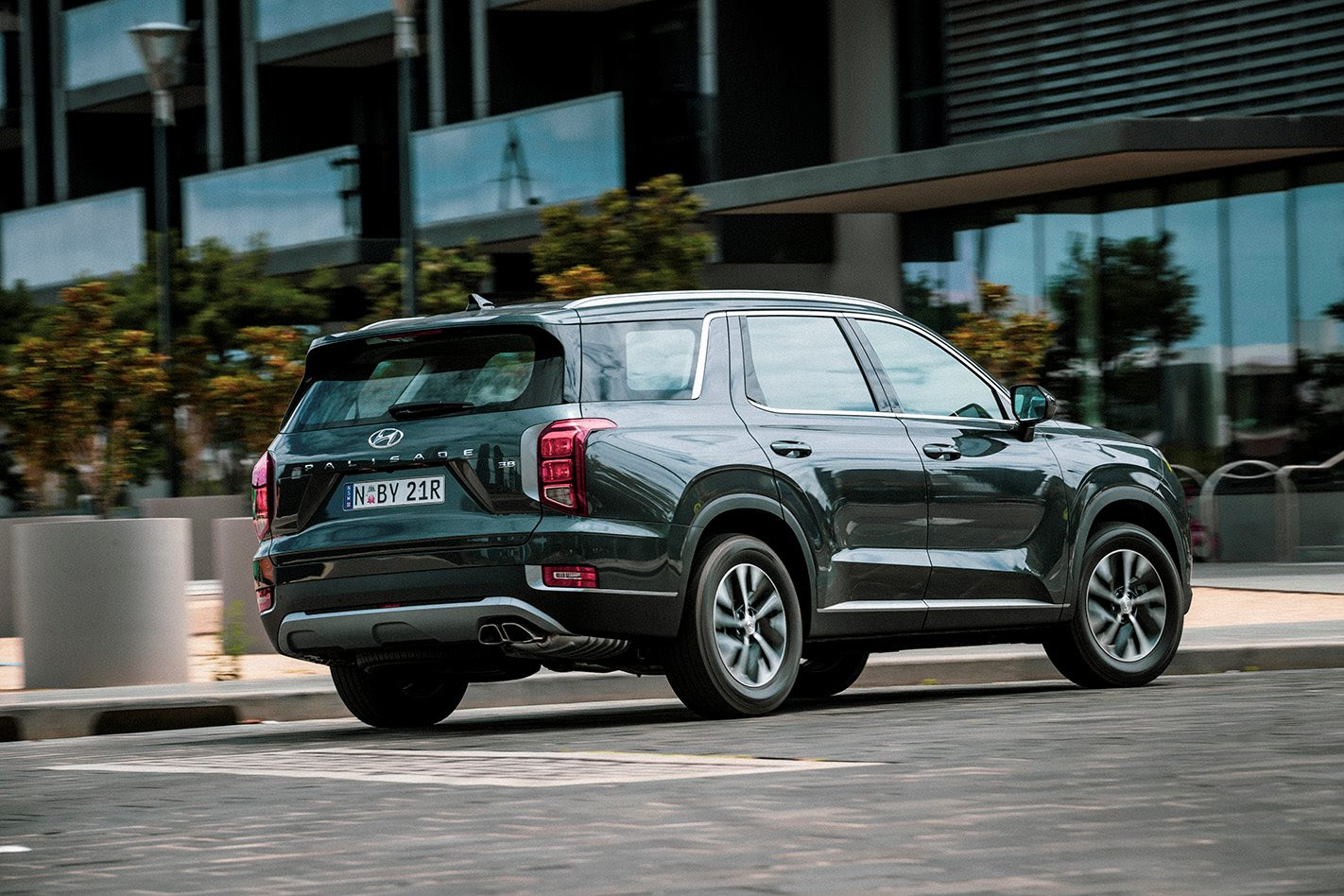 With a multi-link rear suspension, the ride feels firm and composed without being harsh. Interestingly, the Palisade is the only Hyundai that hasn’t undergone a suspension tuning program to suit local roads, and it’s fair to say it didn’t need one.

The ride quality is enhanced by chunky 245/60 R18 Bridgestone Dueller tyres that provide more cushioning than the 20-inch rubber on the Palisade Highlander.

Ride comfort is complemented by a notably quiet ride.

Unfortunately, you can’t get the V6 petrol powertrain with all-wheel-drive and while you won’t miss all-corner traction during every day urban driving, having up to 335Nm of torque from the 3.8-litre V6 engine going only to the front wheels can prove a little embarrassing at traffic lights. Even on dry roads, the front wheels are prone to chirping if you put the foot down even a little firmly. This of course is worse on wet or gravelly surfaces where the traction control kicks in and makes an absolute meal of your takeoff.

This isn’t unique to large FWD SUVs with powerful engines and most of the weight on the rear wheels, as I once had to explain to a police officer after apparently hooning in a front-driving Holden Acadia.

The 217kW 3.8-litre V6 ‘Lambda II’ engine is otherwise a great fit for the Palisade. It provides plenty of power across the rev range and smooth delivery through the eight-speed automatic transmission. 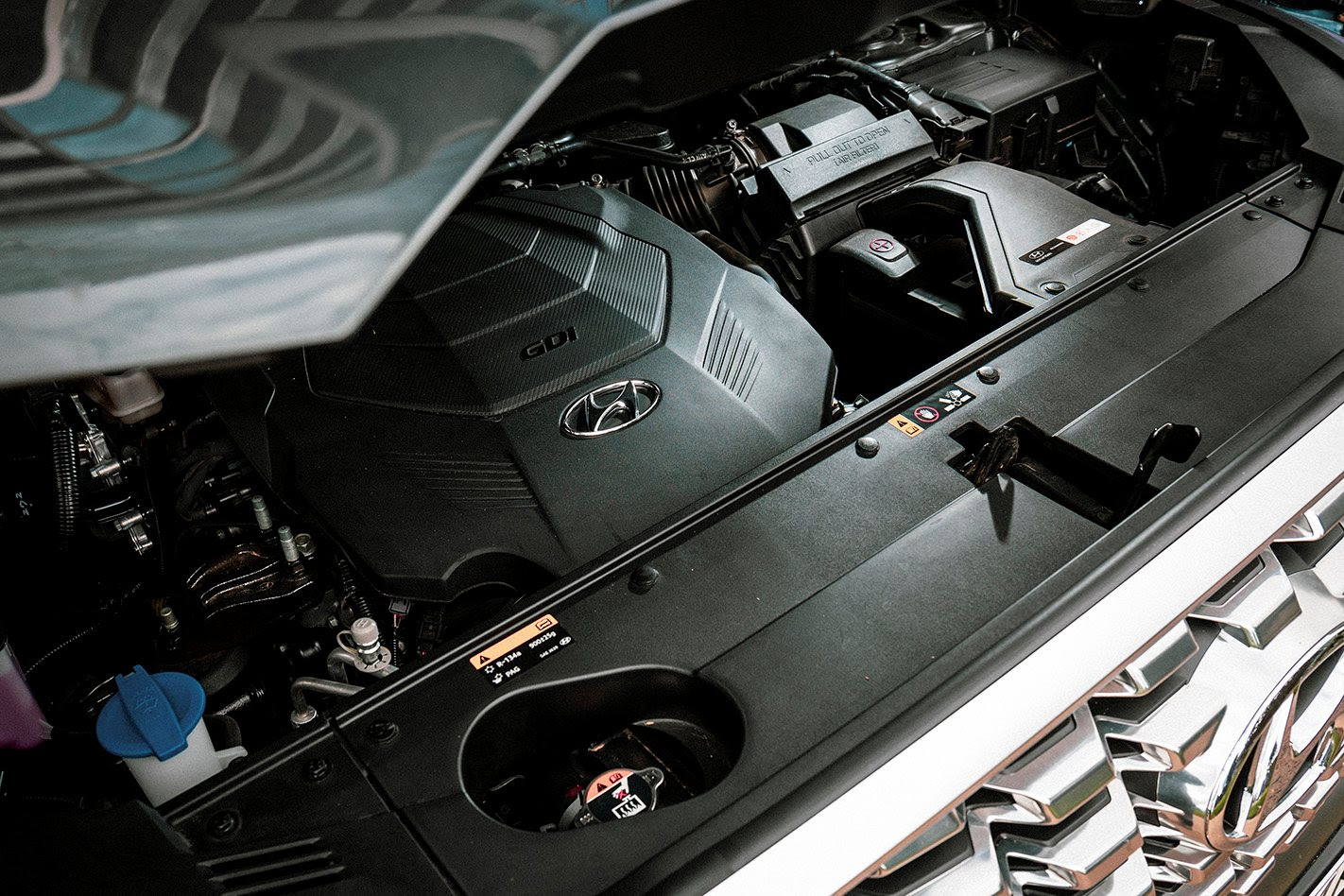 Even with the FWD running gear, the Palisade comes with Multi-Terrain drive modes that alter the traction control to suit Snow, Mud and Sand. Back on the bitumen, there are Comfort, Eco, Sport and Smart modes that change the engine’s rev-mapping so it responds to throttle inputs accordingly.

This is actually an enjoyable vehicle to drive and flies in the face of the opinion that opting for practicality comes at the expense of driver satisfaction.

How safe is the Hyundai Palisade 3.8L V6?

The entry-level Palisade is equipped with Hyundai’s SmartSense advanced driver assistance system that includes autonomous emergency braking with cyclist and pedestrian detection and will even brake if it detects another vehicle approaching from the side while you’re reversing. 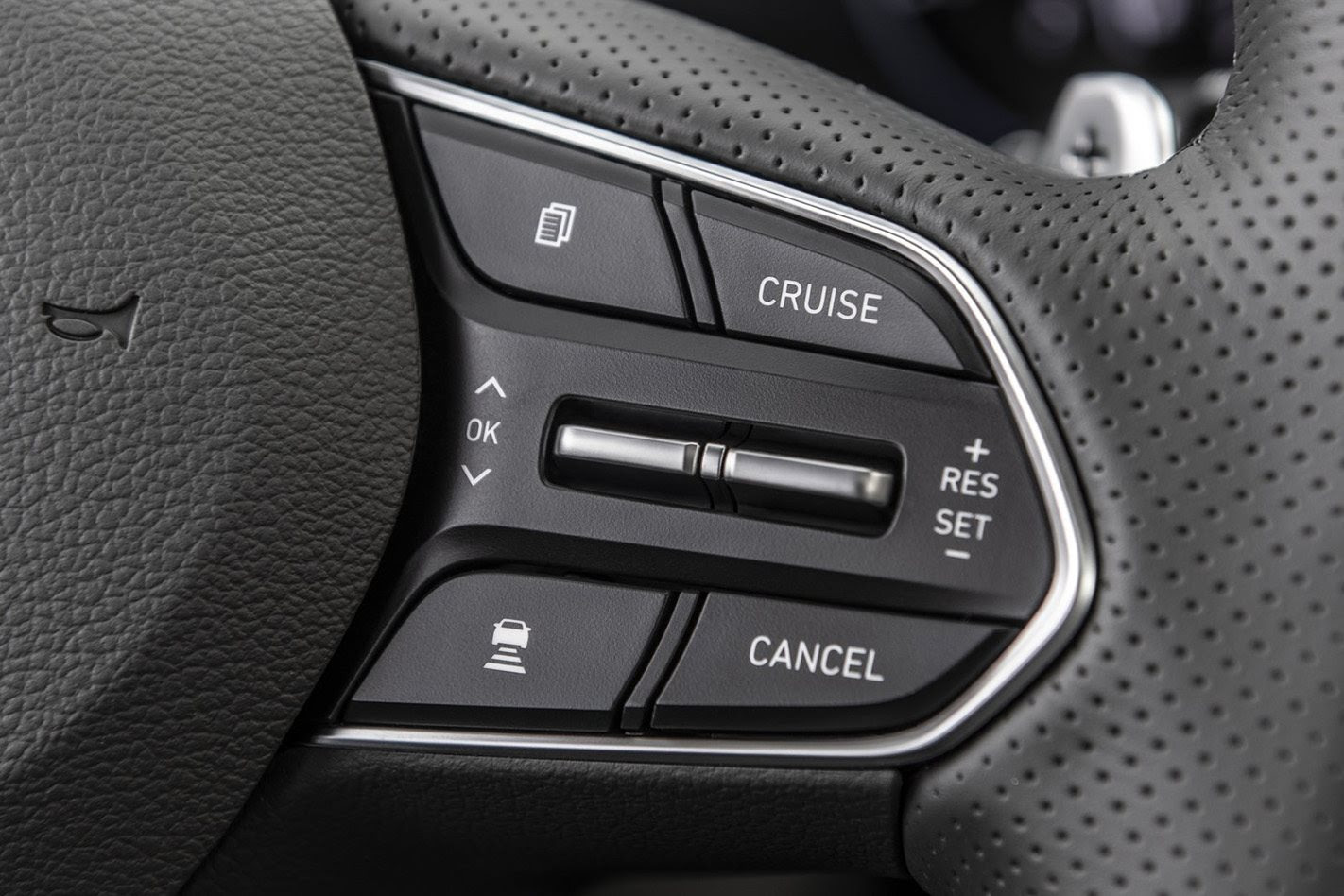 Rain-sensing windscreen wipers, which are more a convenience than a safety feature, are a notable omission for a vehicle costing $60k.

Parking this five-metre behemoth is made easier with front and rear parking sensors with audio and radar-like visual display, and a reversing camera with guidelines.

The Palisade has six airbags: driver and front passenger front and side; and curtain bags across all three rows.

There are also three sets of ISOFIX child-seat anchor points (two in the second row and one in the third) three second-row top tethers, two third-row top tethers, child-proof rear door locks and a door-open warning.

The 2021 Hyundai Palisade is yet to receive an ANCAP rating but it did receive a five-star crash test rating by the National Highway Traffic and Safety Administration (NHTSA), which is the US government’s version of the New Car Assessment Program (NCAP).

As a soft-road three-row SUV that comfortably seats seven people with an option to squeeze in an eighth, while having enough boot space to fit their belongings, the Palisade is without peer in Australia at this price. 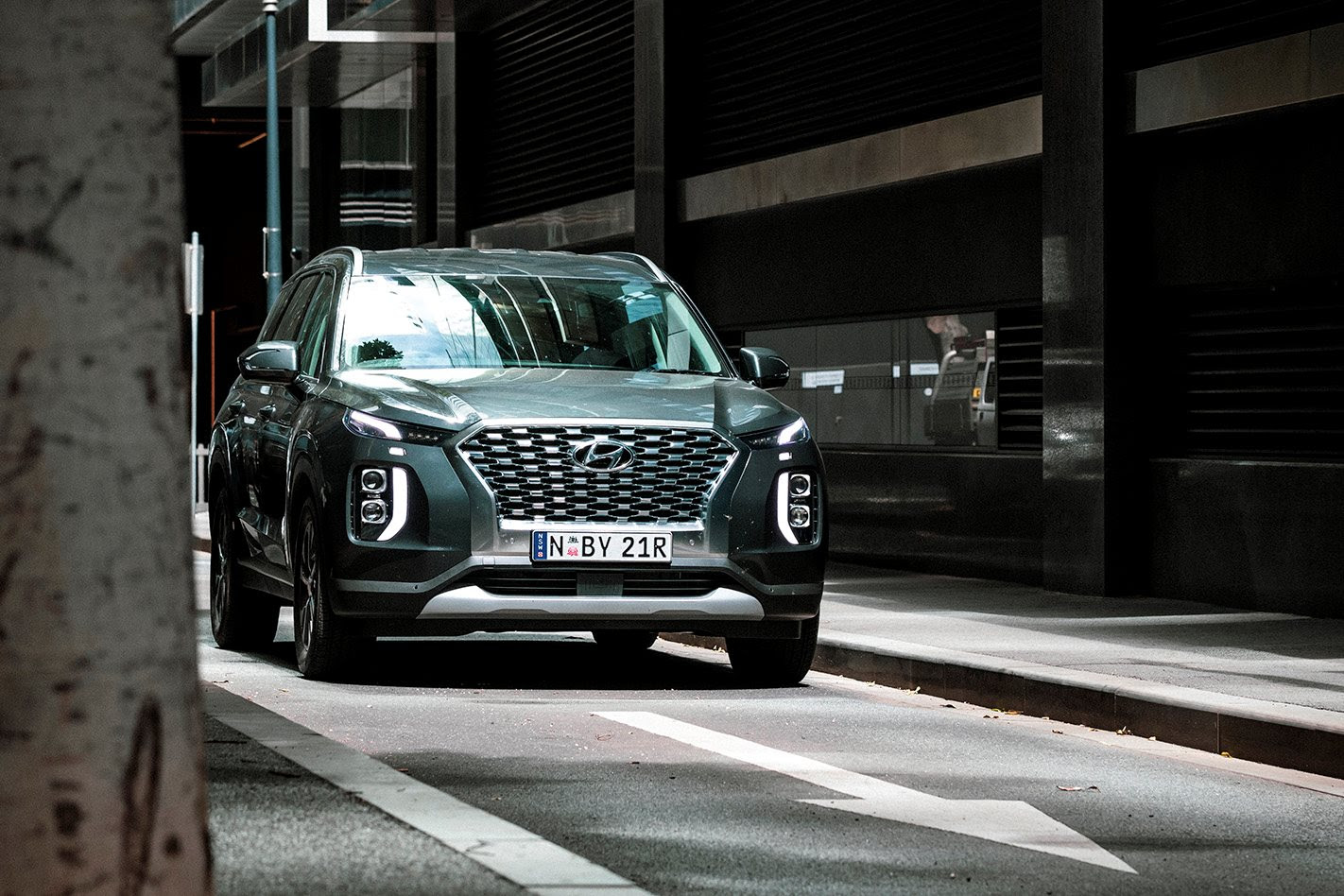 As mentioned above, perhaps its biggest rival can be found in the similarly powered and priced Kia Carnival Platinum people mover, which shares a V6 powertrain and much of its technology with this Palisade variant, if not body shape.

The Carnival wins in terms of practicality but the Palisade is a bit more fun to drive and its 203mm ground clearance will offer more versatility when it comes to leaving the bitumen.

To me, the bigger decision is to be made in the Hyundai showroom should you decide to go with the Palisade – that is, do you stick with this petrol V6 FWD drivetrain or spend an extra $4000 on the 2.2-litre diesel with AWD consumes diesel at a relatively frugal 7.3L/100km. 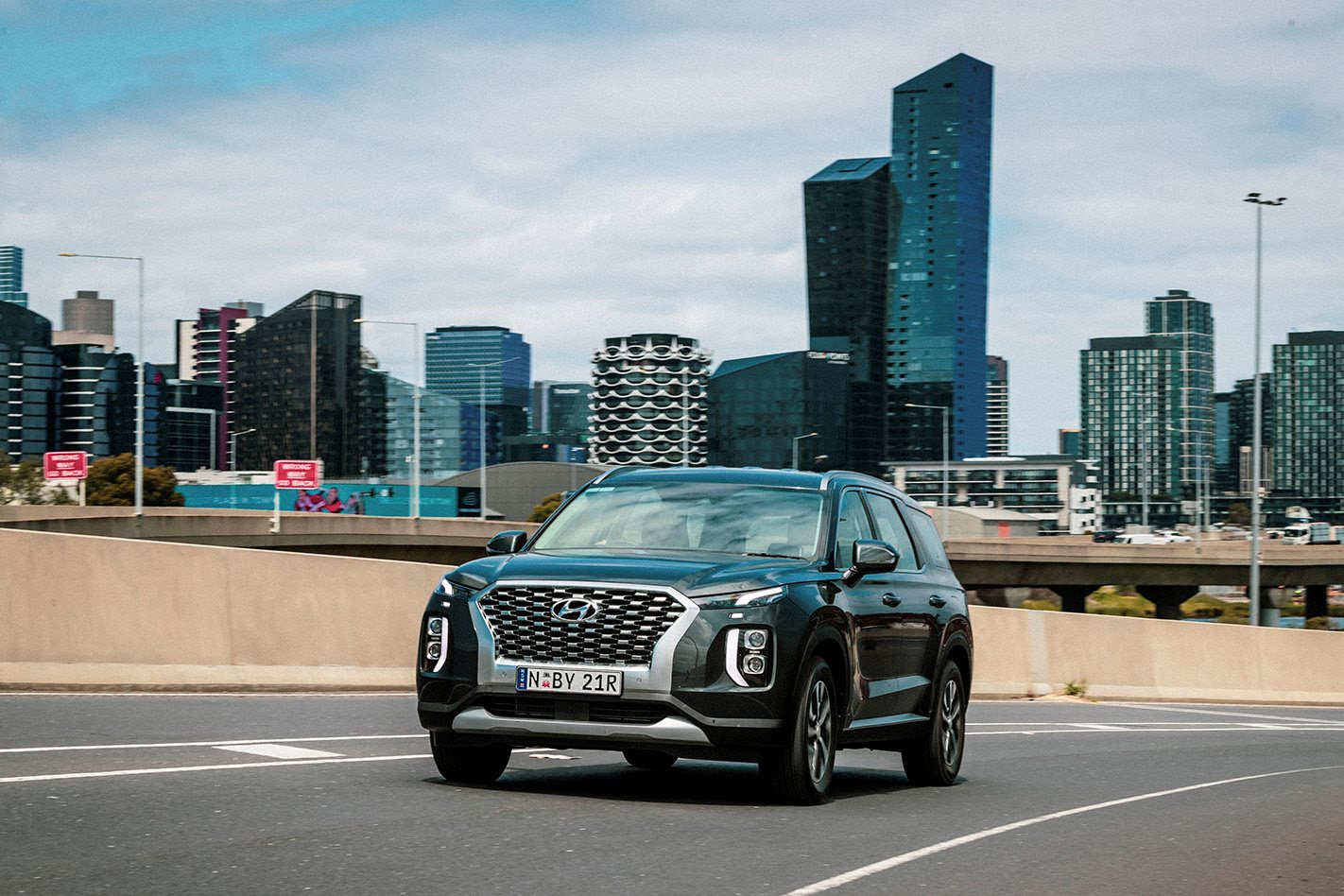 Personally, I think the diesel makes a more compelling case as it’s a little more economical and refined and extends the Palisade’s reach across the country.

That said, if the extra fuel consumption and absence of AWD are no drawbacks for you, this is certainly worth a look.

Plus Bold but not brash; well equipped, boot space with three rows in use
Minus V6 petrol fuel consumption, no petrol AWD option