Kia SUV’s might only appear to be a three-pronged assault at the moment, but we still field a number of questions from readers wondering which Kia SUV is the best fit for them.

The line-up is only going to grow larger as well, with the Kia Stonic compact SUV joining the range later this year and Kia’s on-again, off-again threat of bringing the Niro cross-over EV to Australia.

For the avoidance of doubt, let’s run-through the range, detailing the purposes and features of each model in Kia’s SUV range.

Kia’s arrival to the small SUV category can only be described as ‘fashionably late’, swanning in with the stylish Seltos in late 2019.

Despite the late arrival to the category, the Kia Seltos has already garnered a decent following and has notched up some respectable sales in the process.

In ideology, the Seltos is aimed at technologically-minded young people with a penchant for good design, as demonstrated through Kia’s groovy marketing campaign.

The Seltos is also well suited to new families with young kids, though, with seating for five and a decent-sized 433-litre boot.

Pricing for the Kia Seltos starts at just over $25,000 and then extends up to $40,000 for the most expensive variants.

Popular variants within the Seltos range include the Seltos S, Seltos and Seltos GT-Line. 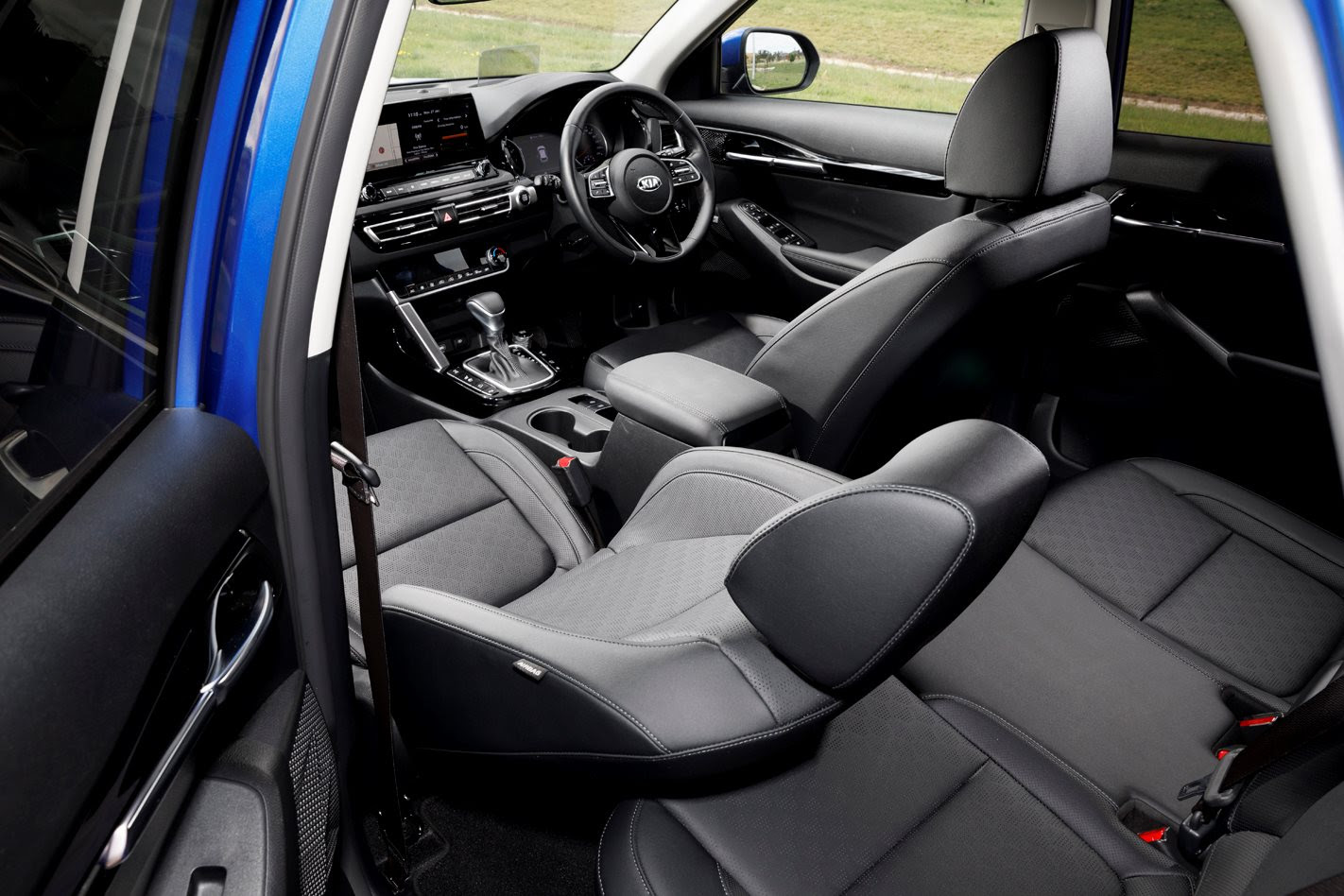 While Kia sells the Seltos with the option of an all-wheel drive drivetrain (in addition to a front-wheel-drive layout), the Seltos is unlikely to go far off-road. The Kia Seltos competes against rivals such as the Nissan Qashqai, Mazda CX-3, Mitsubishi ASX and Toyota C-HR.

Next rung up in the Kia SUV range is the Kia Sportage medium SUV which is a step-up in almost every aspect.

The Kia Sportage is physically larger than the Seltos, features more powerful drivetrains, more equipment is added as standard – and you guessed it: it’s also more expensive. 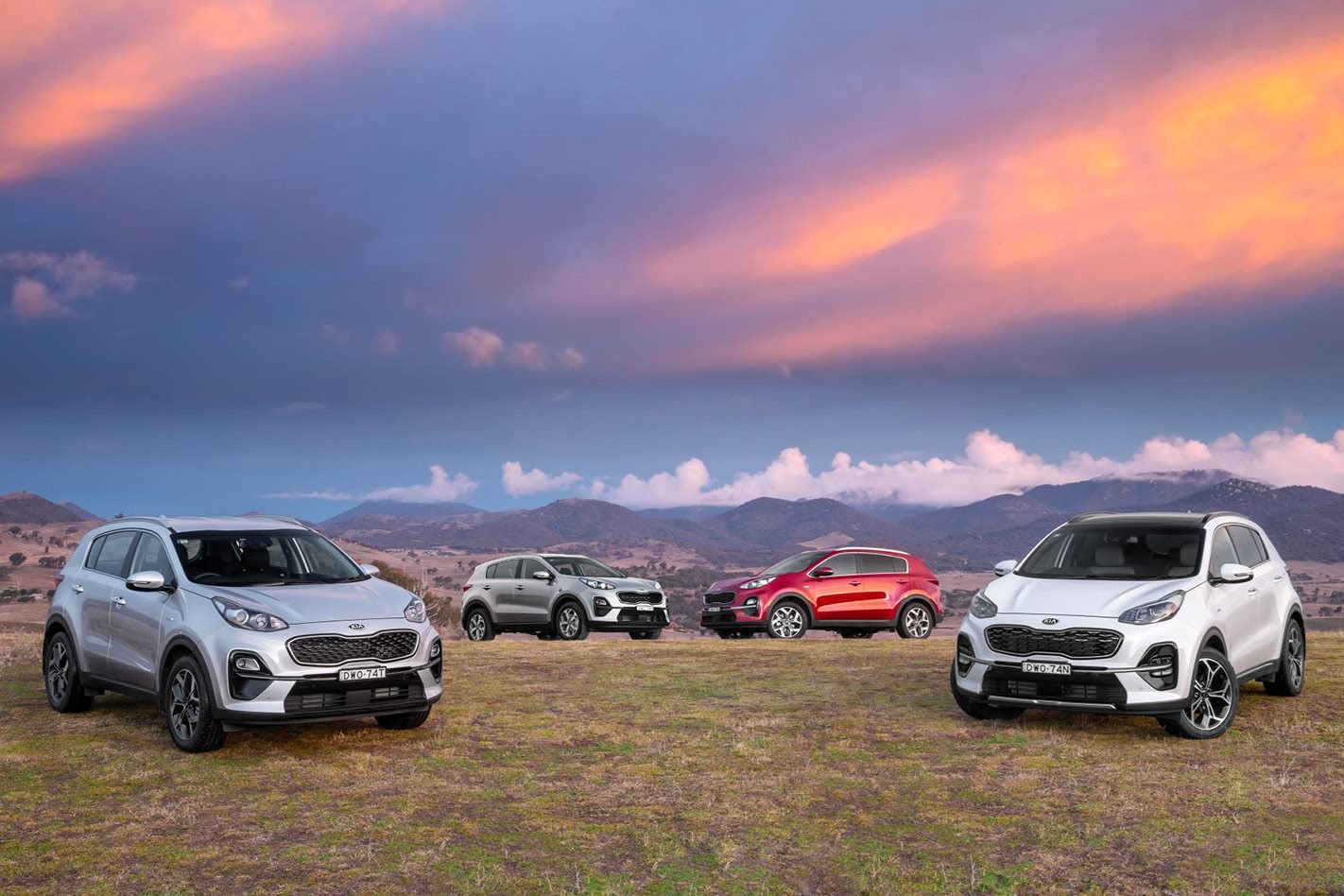 That said, the Sportage is better suited to families, more comfortably fitting up to five occupants.

The 466-litre boot is accessed through a wide-aperture opening which can swallow-up prams with ease.

Both diesel and petrol powertrains are available and the option of all-wheel drive could see you venturing out for some light off-roading. 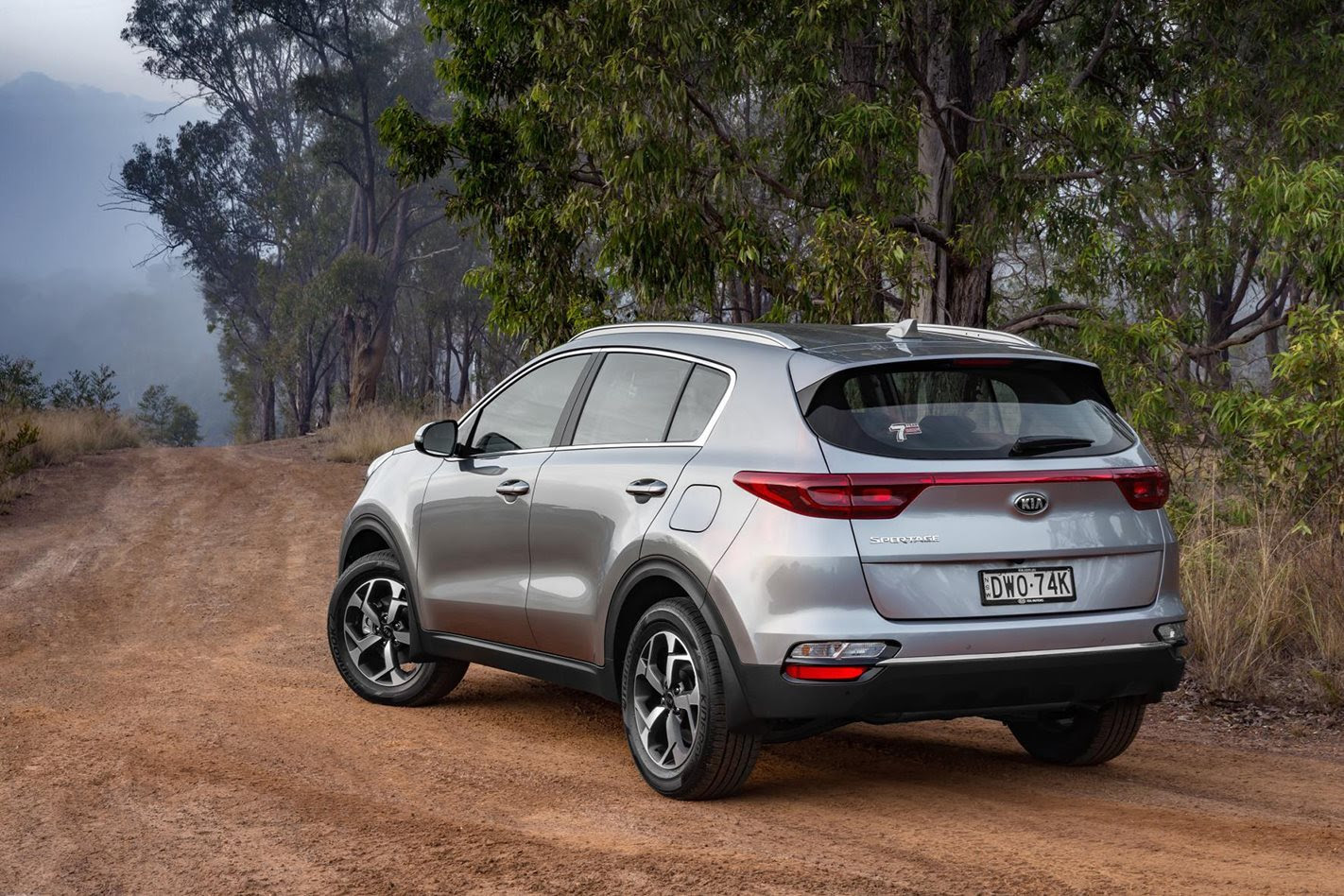 The flagship of the Kia SUV range is the recently-updated Kia Sorento, which is classed as a large SUV with seating for up to seven people. 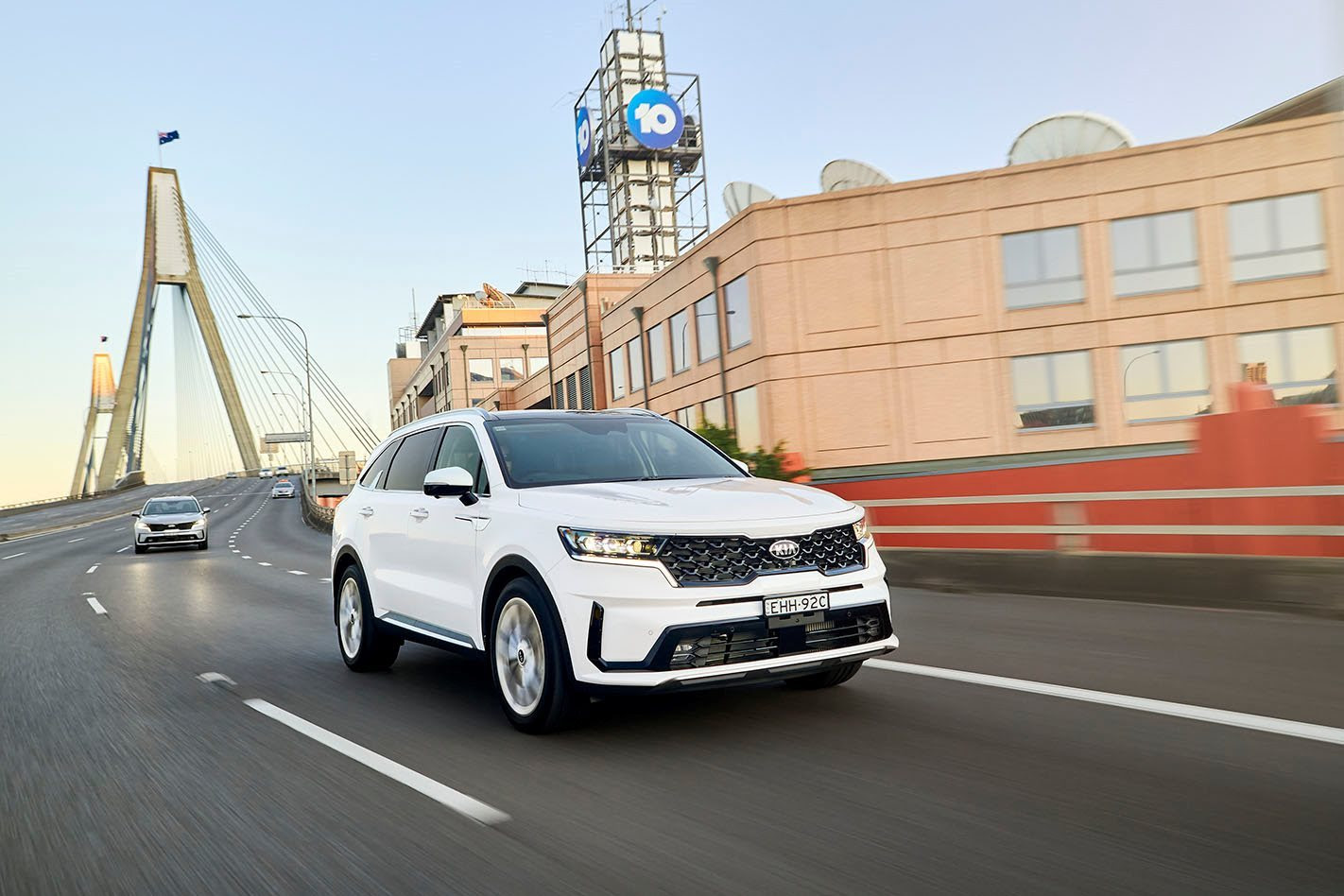 Not only is the Kia Sorento uniquely suited to cater for large families, it’s also the newest car in the Kia SUV range, featuring all the latest technology and equipment which will trickle down the line-up in time.

The Kia Sorento costs between $45,000 and $65,000 (before on-road costs), dependent on specification and engine choice.

There are three rows of seating for passengers, and the whopping 821-litre boot is well-poised to swallow whatever you throw at it. Even with the third row of seats in place, the Sorento’s boot is still 187 litres. 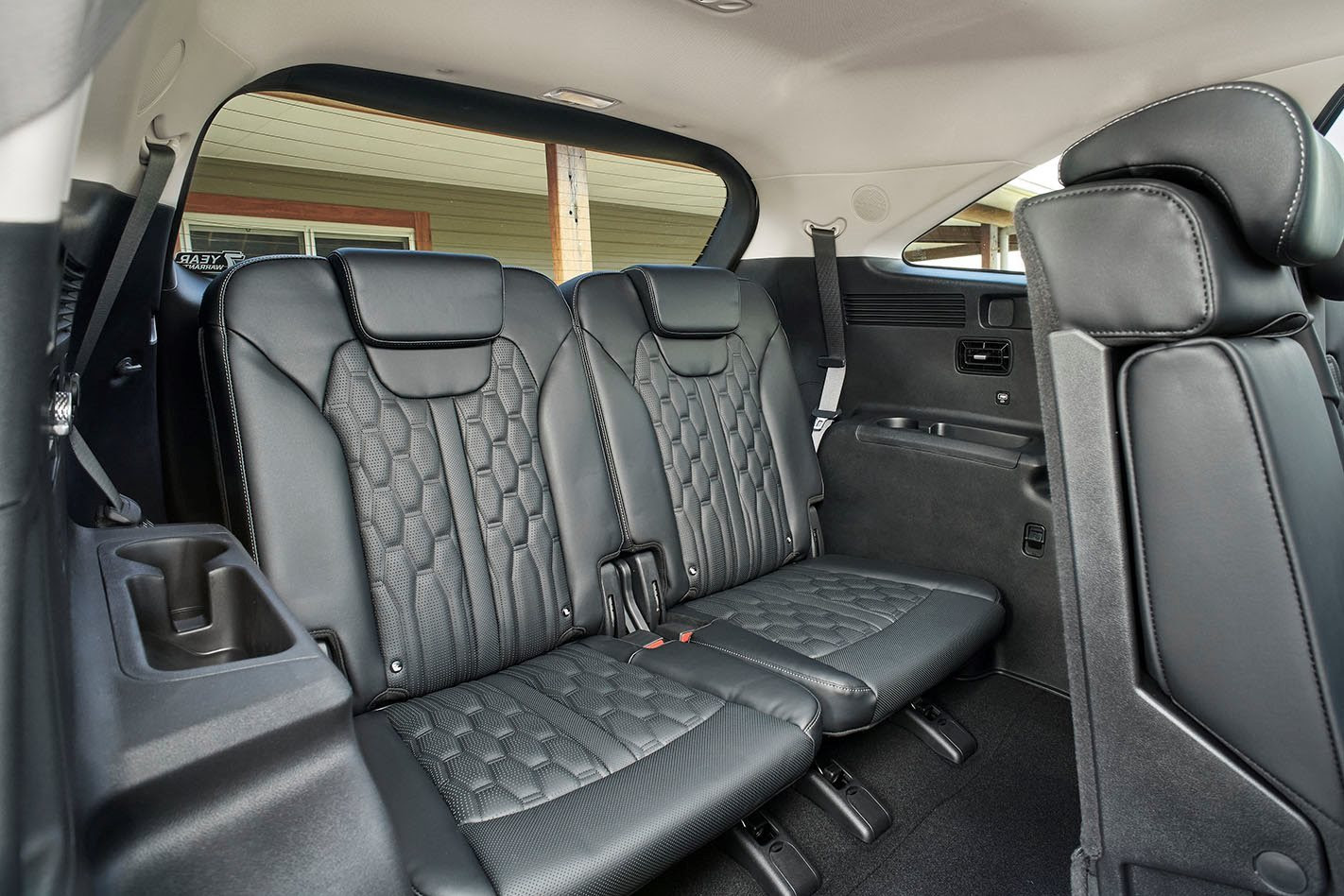 The new Kia Sorento features both front- and all-wheel drive depending on which specification you choose, and is the most off-road friendly SUV in the Kia line-up.

Both petrol and diesel engines are on offer for each and every specification in the range, meaning you can take your pick of petrol or diesel regardless of specification.

The Kia Sorento is a large SUV that competes against rivals such as the Mazda CX-9, Toyota Kluger, Nissan Pathfinder, Hyundai Santa Fe and Ford Endura and Skoda Kodiaq. 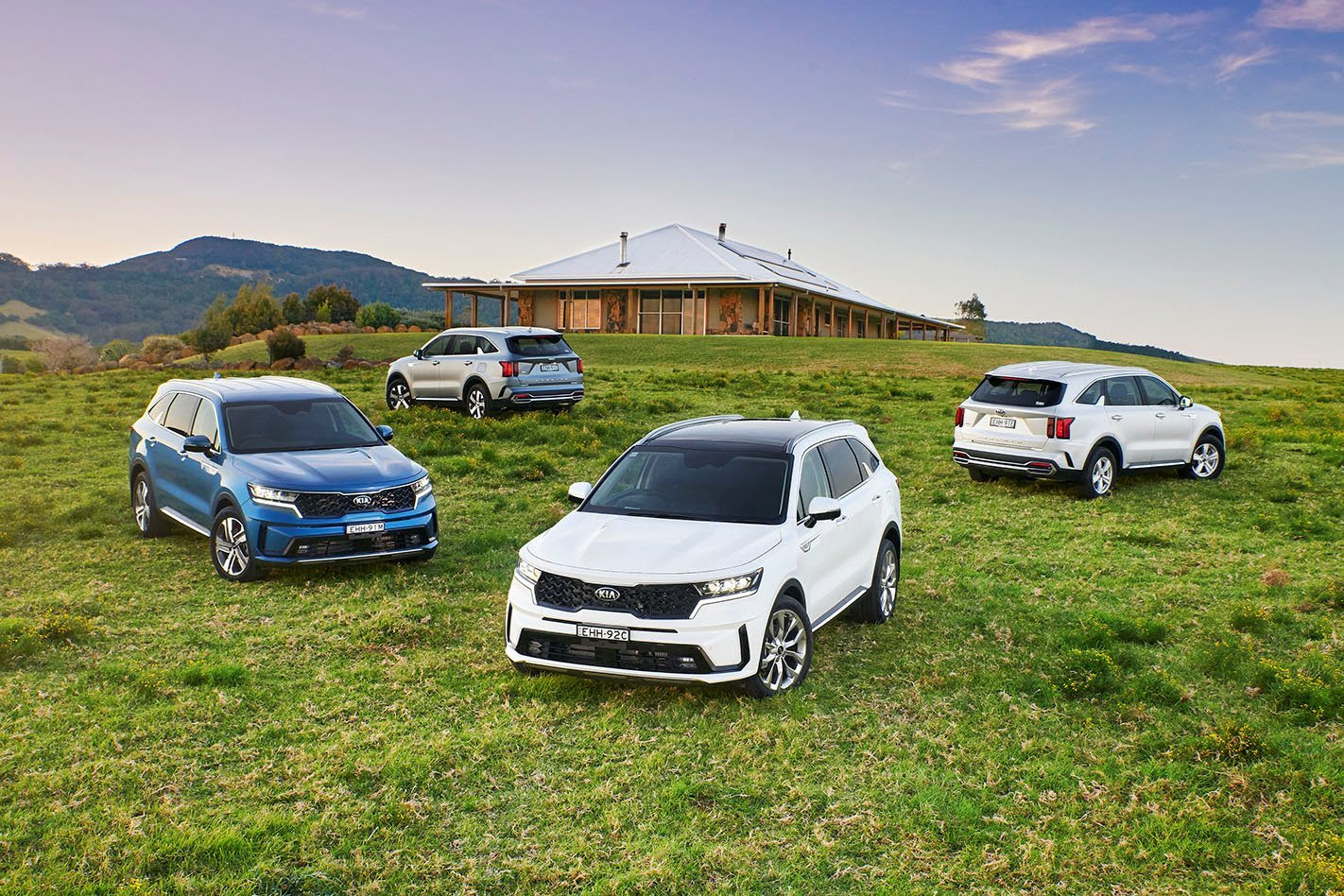