How does the new Defender compare to the legend?

If there’s a gene that predisposes a person to like the original Land Rover Defender, I’m afraid I don’t have it. I appreciate that people are sentimental about these things, but really, the previous Defender was – and still is – the worst car I’d ever reviewed on a public road.

The third-generation Defender – code-named L663 – thankfully comes from different stock, and is tasked with the hardest job of all; placating the cynical faithful while attracting an entirely new audience

We’ve already sampled the Defender’s bush-bashing chops, so let’s concentrate on the terrain where most Aussie Defenders will spend their lives – on the tarmac. 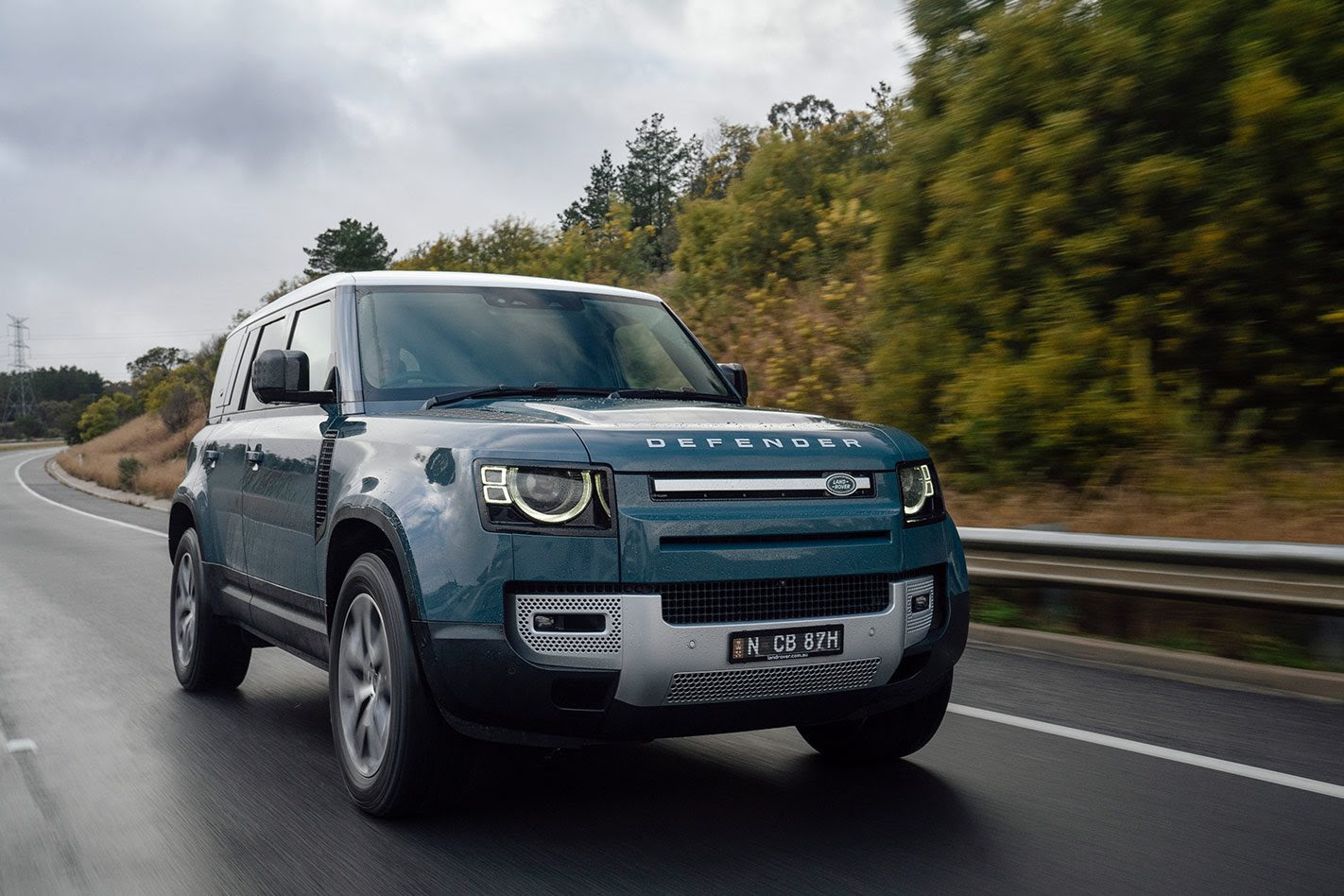 Long-wheelbase 110 and short-wheelbase 90 variants will make up the Australian mix, with two diesels and one petrol engine across four grades.

Retailing for $95,335 in its most basic S form, the 110 P400 takes the vaunted Ingenium 3.0-litre straight-six, combines it with an eight-speed automatic and delivers it on a heavily revised version of JLR’s D7x (the x is for extreme, naturally) platform. 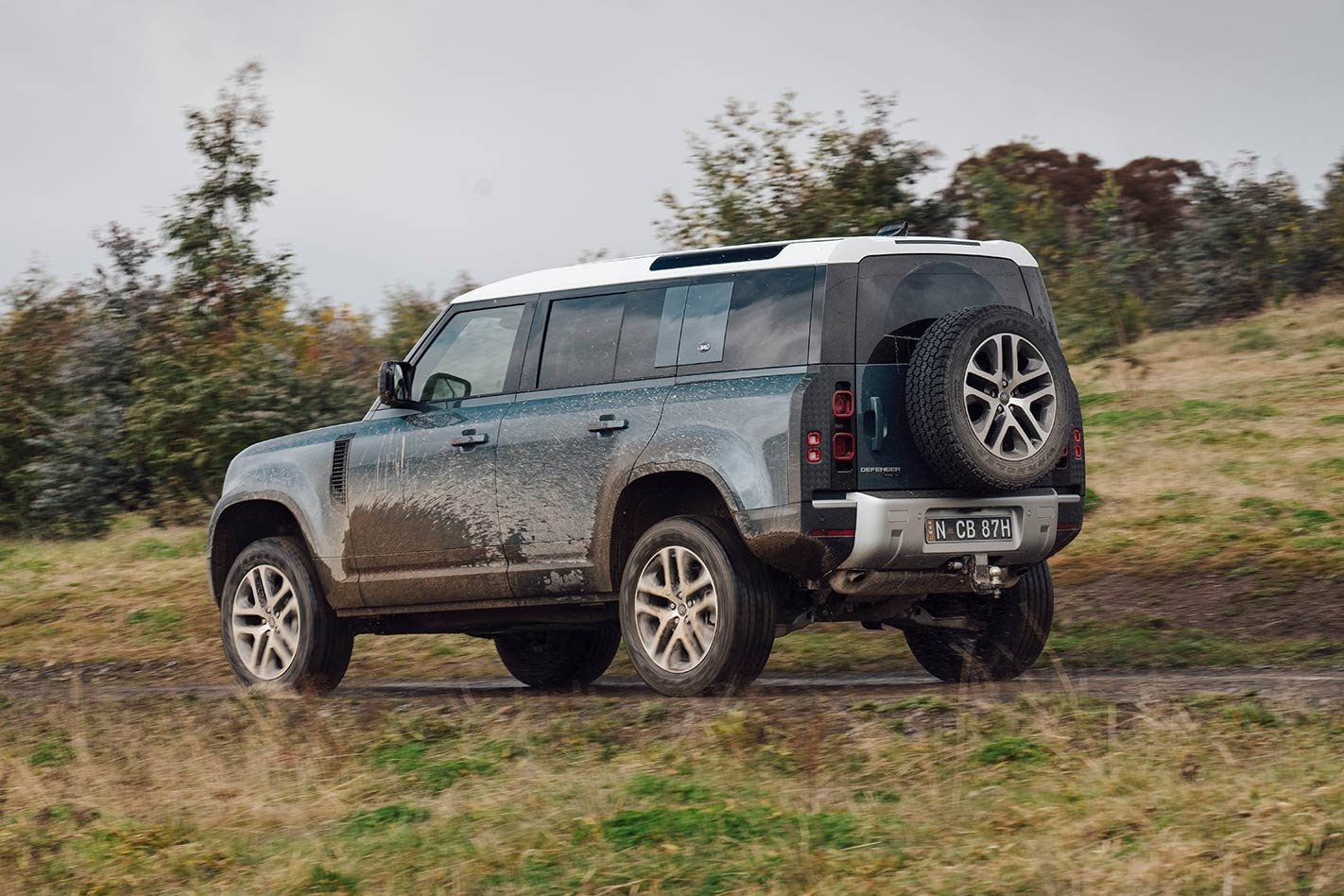 That dollar figure climbs north with the $102,736 SE and the $112,535 HSE, and is topped by the $136,736 X, which wraps up a lot of the brand’s extensive pack catalogue into one. A lot, mind you, but nowhere near all; the Defender inexplicably continues Land Rover’s irksome and bewildering tradition of offering a metre-long options list that is far too confusing. Isn’t the point of the Defender not to be that kind of car?

The interior is a curious blend of robust retro detail and earnest modern tech, but it’s not as overtly outdoorsy as, say, a Jeep Wrangler. 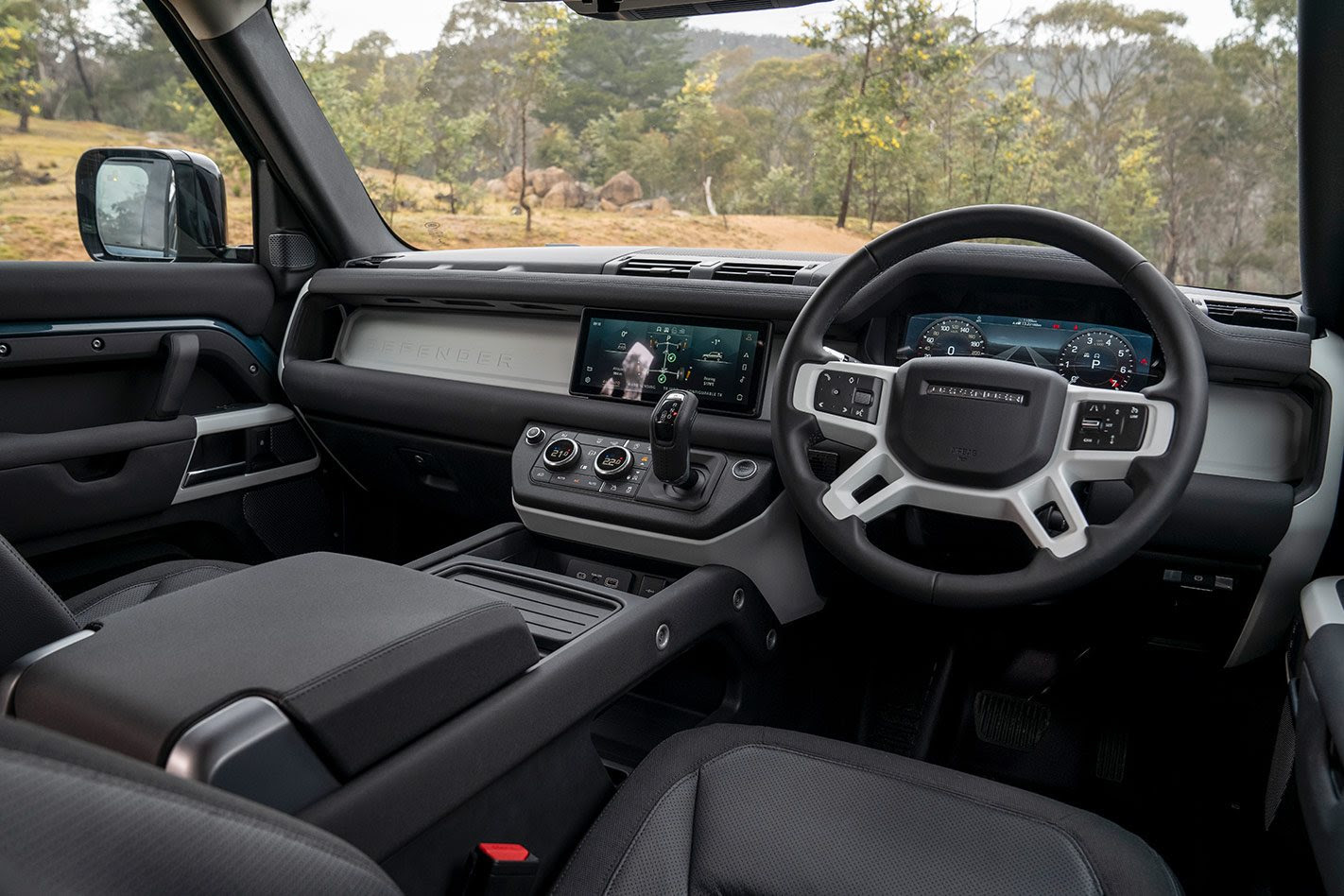 Packing 294kW and 550Nm thanks to its analogue turbo and digital supercharger, the 2400kg-odd P400 (depending on specs and number of seats) hustles from 0-100km/h in 6.1 seconds – surprising given it has the aero frontage of a corner shop. And given that pace, its official 9.9L/100km consumption isn’t terrible.

An off-road loop around Lithgow proved an absolute doddle for the Defender, though the newer, more complex terrain management interface takes some getting used to; it’s no longer as easy as twisting a dial. It’s easy to see that the Defender’s heart and soul lies in the dirt. 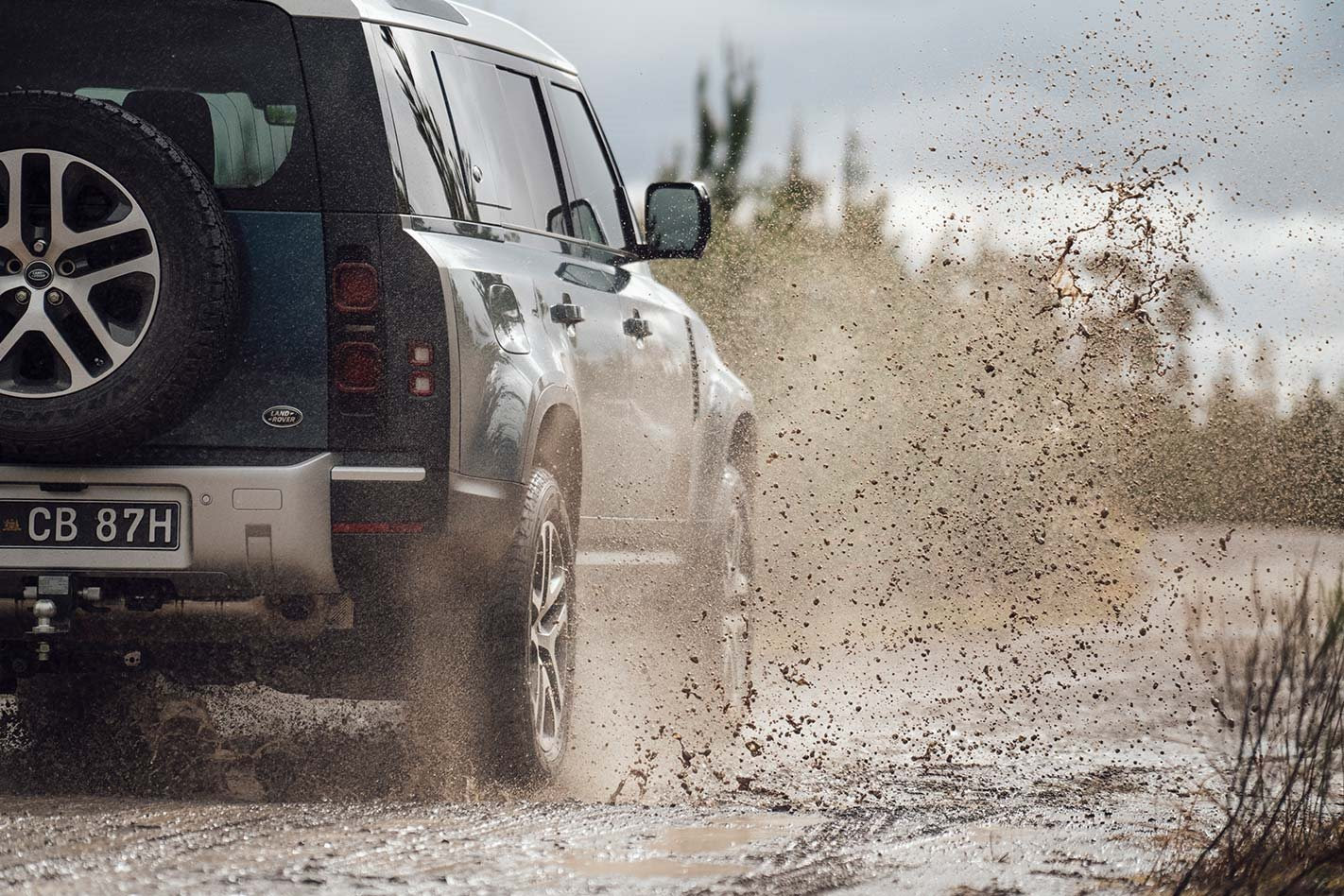 On road, the big 110 is a pussycat. Noise suppression is admirable, given the huge frontal area and the mixed-terrain tyre spec of our tester. The straight six’s oomph is blunted by the Defender’s mass, but torque delivery is straight, true and plentiful.

It steers with surprising authority and accuracy, too, though its off-road oriented suspension tune meant that body control is less than ideal when the pace ratchets up. There’s an easy solution to that, though; ease off the gas and enjoy the spacious interior, clear instruments, powerful multimedia and the novelty of revisiting a true automotive legend.

Though we’ll need to sample the diesel-powered cars to get a complete picture, it looks like I might have to reset my Defender dislike meter. 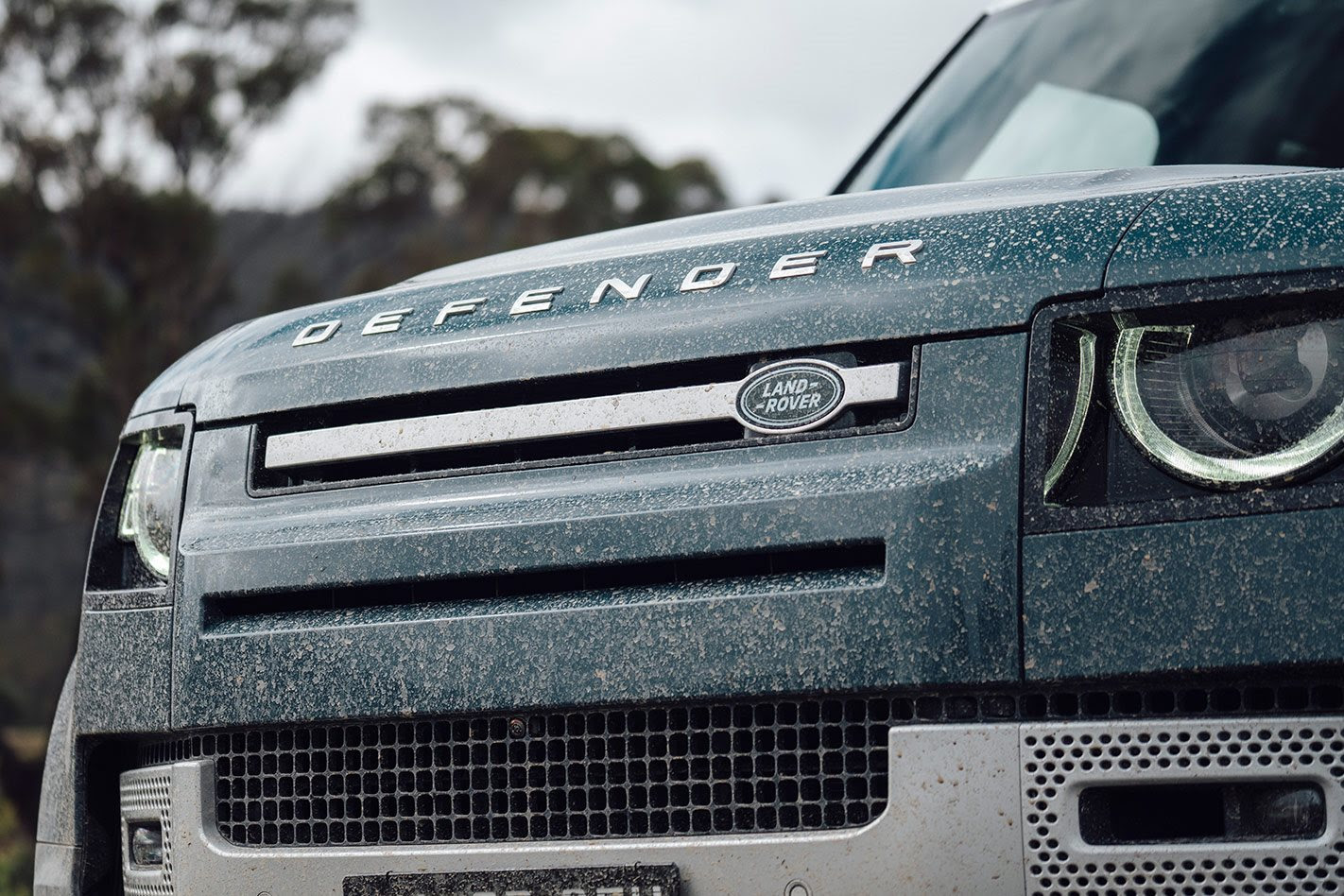 If you look at the cheapest diesel Defender (a shade under $70K), then the similarly priced Jeep Wrangler Rubicon four-door feels like its natural rival. Both seat five, both can crush the toughest dirt tracks and both make a virtue of being overt. The Jeep does much more with its legacy angle, though. A cheaper petrol V6 version of the four-door can be had for $65,450, or the dual-cab ute Gladiator version for $76,490.