The formula is much enhanced by the 3-pointed star.

The original GLA copped a bad rap. Roundly panned by the press, it was criticised for the simple fact it wasn’t very convincing. It lacked room and ability, plus it couldn’t shake the perception that it was merely an A-Class in stilettos.

Of course, none of this really mattered. It still sold remarkably well, though now we have a second-generation GLA. And Mercedes has moved to address the original’s shortcomings with more space, smarts and a better driving experience. 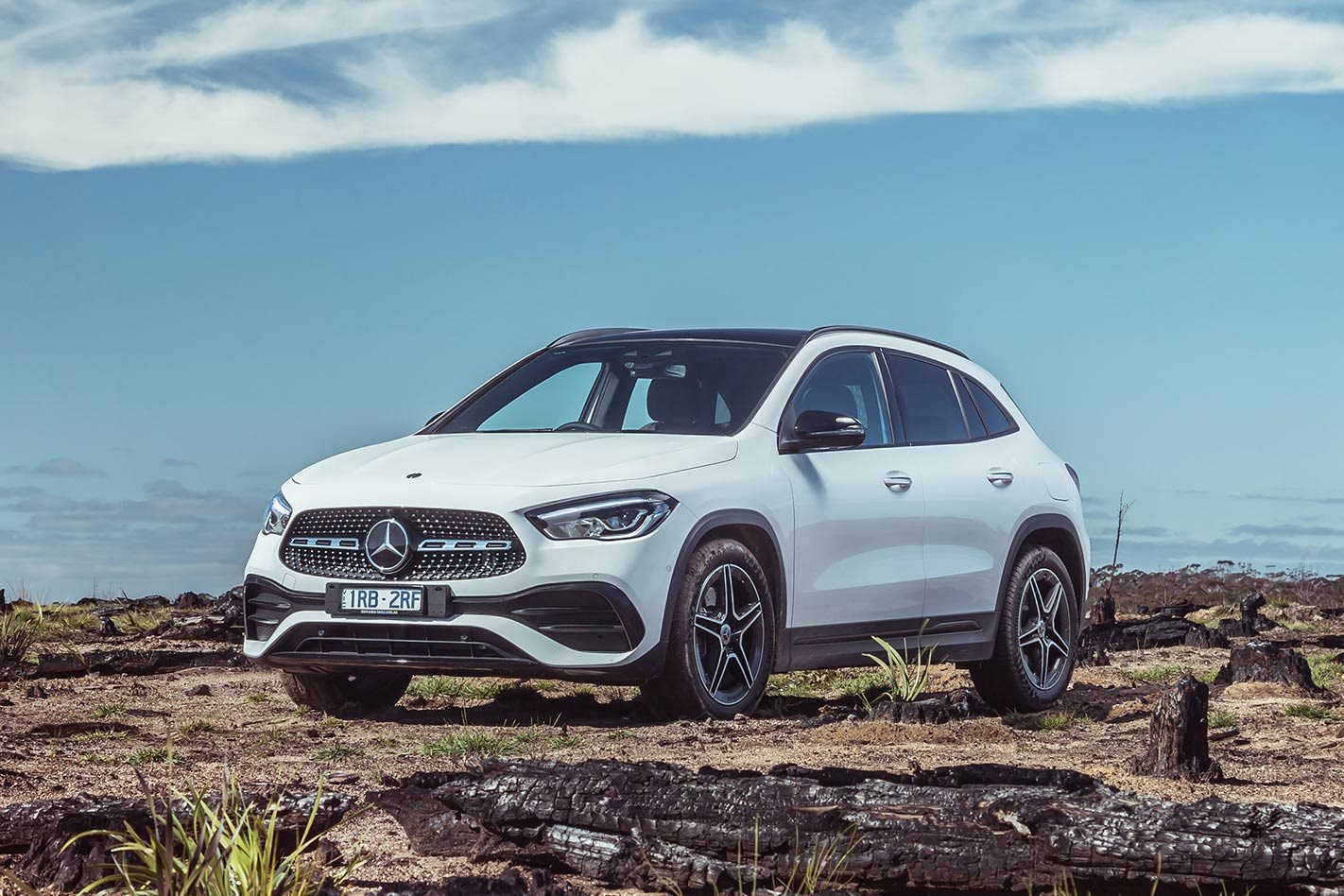 The GLA is now 14mm shorter in length, but it’s grown in width and wheelbase by a crucial 30mm, and it’s 140mm taller as well. This liberates much more rear legroom – 116mm with the sliding second row in its most rearward position – as well as more boot space, a key criticism of the first GLA. It grows from 421 litres with the seats up to 435 litres.

While there is flexibility to the cargo area with the 40:20:40 split seats, it’s a bit hard to access; there are no levers on top of the rear seats, leaving you to fish for a pull tag to drop the backs manually. 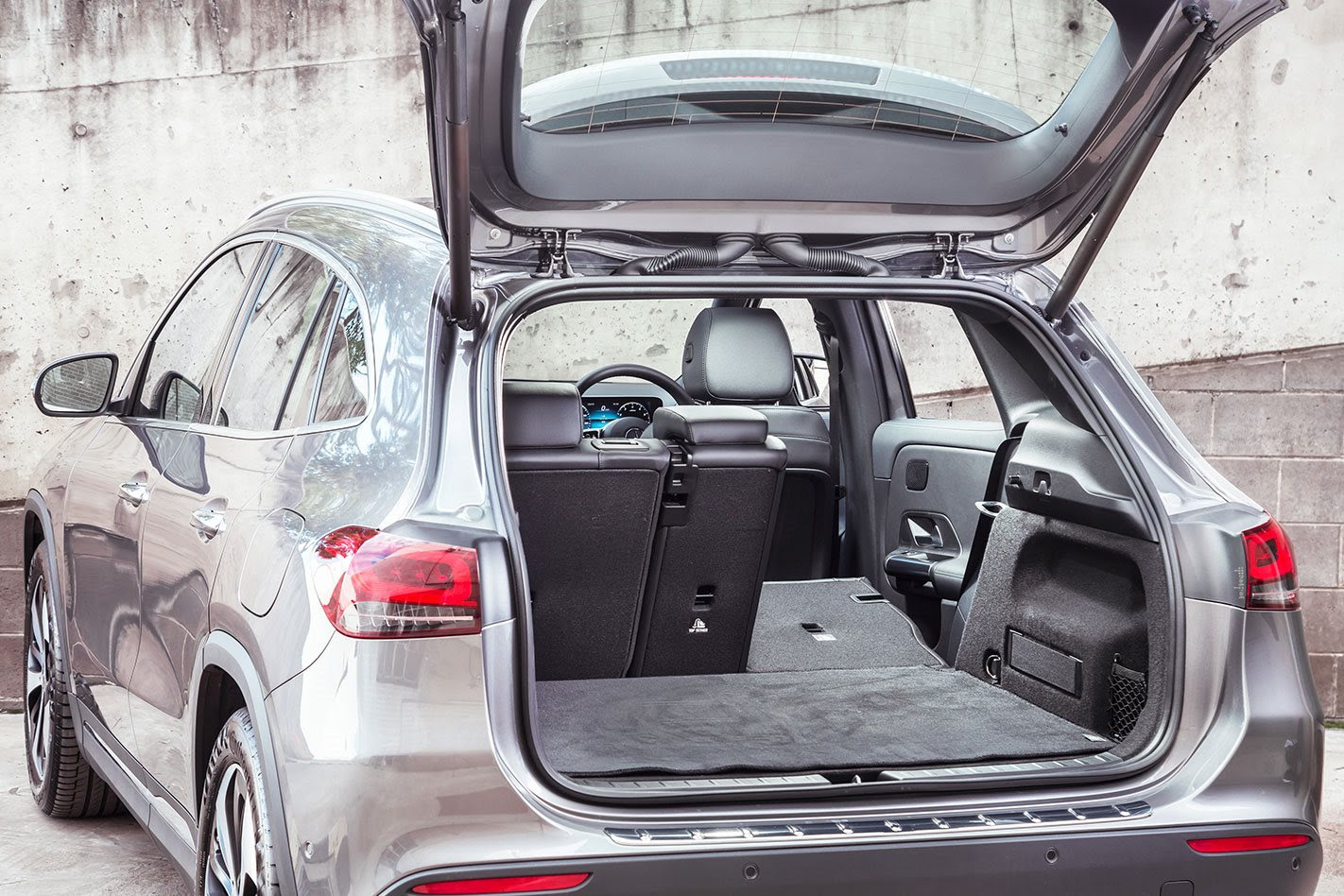 It’s also disappointing to see a can of goo and a compressor under the boot floor, given the GLA’s pitch towards rugged independence, although it is possible to add a space saver spare.

The interior is very similar to the A-Class, with a dual-screen display housing both dash and multimedia systems, while the standard Comfort seats offer separate headrests, as opposed to the one-piece units in the A-Class. There’s a slab-sided and spacious feel to the interior, with plenty of glass to keep things light and airy. The standard sunroof robs some headroom, but it’s still roomy in the rear for taller passengers. Knee- and toe-room are also plentiful. The driving position is very good, with the typically excellent Merc steering wheel in front of you, those gorgeous turbine vents and the twin-screen arrangement, which is legible and reasonably simple to comprehend. A leather dashpad with exposed stitching extends around the door card tops, below that, however, things aren’t as convincing. The fake carbon trim inserts of our test vehicle and hard plastic of the glovebox lid seem a little conspicuous in a $66,500 car.

Equipped with a 2.0-litre four-cylinder turbo petrol, the GLA 250 marks the debut of Merc’s eight-speed dual-clutch transmission in the GLA-Class, and it’s mated to a front-biased AWD set-up. With 165kW and a healthy 350Nm, response is spirited and instantaneous, though is accompanied by an industrial, uninspiring soundtrack. Against a combined economy claim of 7.5L/100km, our 300km test returned 7.9L/100km over varied terrain. 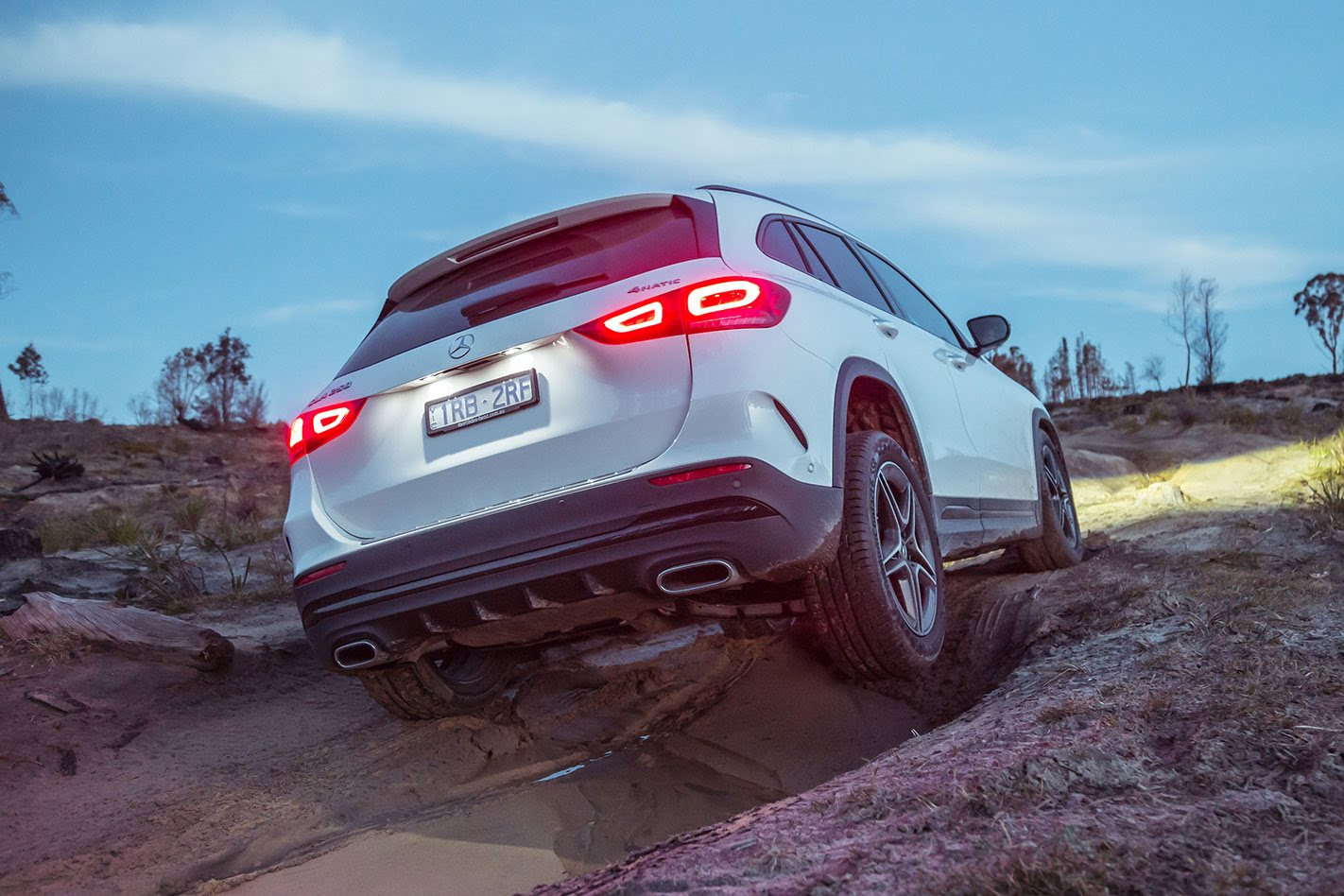 Its strut/multi-link layout is softly sprung – surprisingly so, given the shallow sidewalls of the optional 235/45 R20 Bridgestone Alenzas on the Edition One tester – while the assisted steering can be artificially weighted via a drive mode toggle.

There’s a battalion of safety aids on the GLA, though the initial level of intervention is annoyingly high, requiring the driver to tune out or turn down the strength of lane-keep assistance and AEB sensitivity to suit. A broad road tunnel with multiple markings and long, sweeping curves really tweaked the GLA’s high-viz vest, slowing the car markedly despite no hazard in sight.

This attractive, sizeable and very safe GLA will tick a few boxes with younger families, especially those looking to add a second three-pointed star to the fleet. 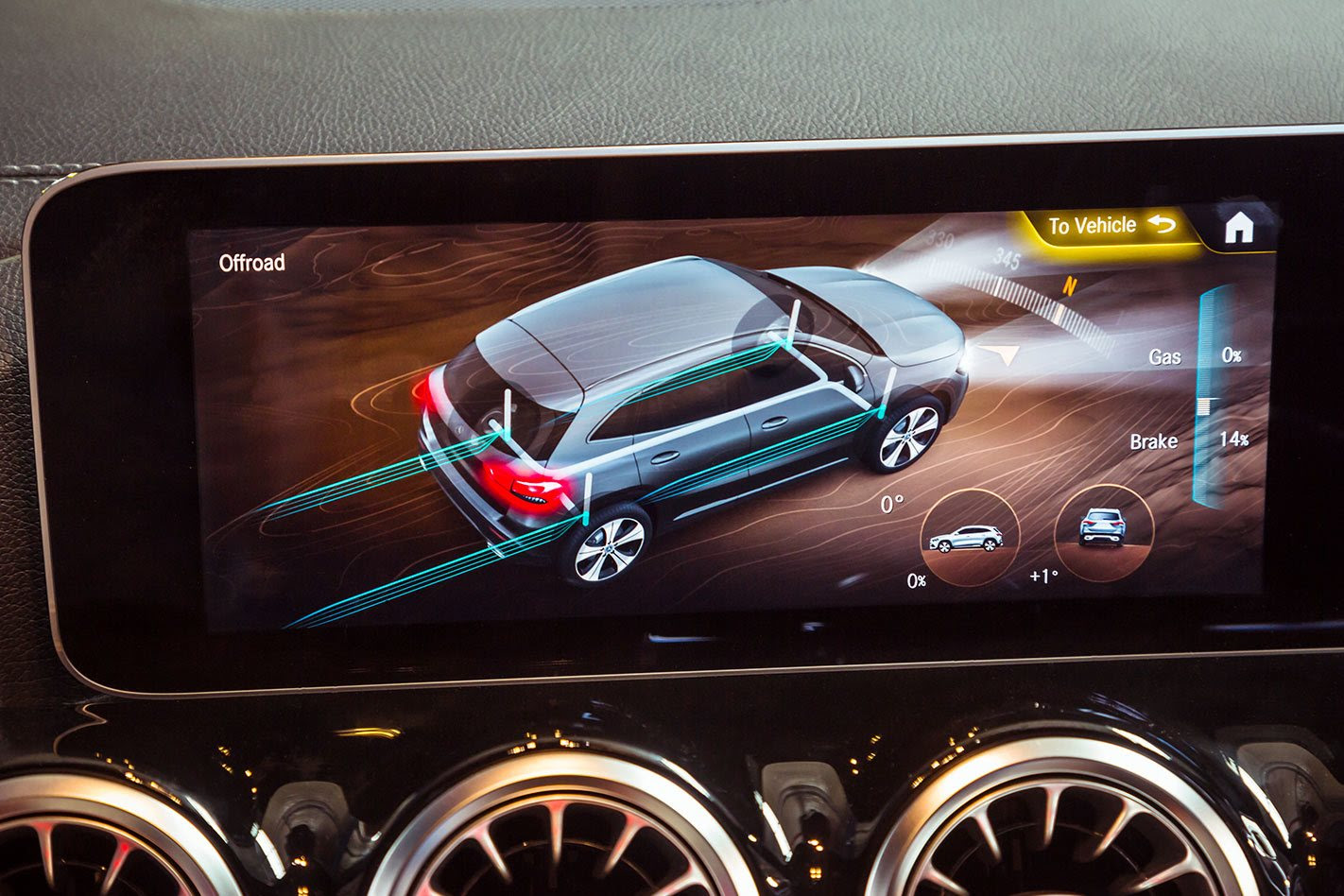 The second-generation Audi Q3 launched in Australia early last year, offering a single entry-level, front-wheel-drive variant known as the 35. Now, Audi has upped the ante with a more powerful, all-wheel-drive version of its Goldilocks-sized SUV. The Q3 40 TFSI quattro sells for just under $54,000, or around $7500 more than the 35 – but a hefty $12,600 less than the GLA 250.