Minus – slow speed ride; cabin entry and egress; getting expensive

The Wheels Verdict: The new 3 is a massive step forward for Mazda. Yes, it’s more expensive than before, but given the improvements to the product, the monetary increase feels about right. It seems those back at Mazda HQ have been taking lessons in German. While the market for small, front-wheel drive sedans with sporting pretence is relatively modest, the GT straddles the line between performance and affordability. We were yet to test this specific variant, but with the 3 being a volume seller down under, we thought we’d better give this niche models the once-over. Sedans are often the ugly ducklings compared to their hatch and wagon siblings. However, that’s not the case with the new Mazda 3. The upmarket styling cues suit the sedan; so much so that it looks every bit a mini-me Mazda 6 and embodies the Japanese marque’s luxury push.

Slide inside and this philosophy is immediately apparent. Forget cheap plastics and antiquated graphics. The G25 GT is bang-on in terms of quality and modern design – it’s as if those behind the scenes have been sneaking a look at Audi’s homework. The soft-touch dash, handsome screens and tactile controls that ooze premium finesse combine to create a near-premium ambience. The wheelbase is the same length as the hatch, but the sedan is 20mm longer overall, affording a sizeable 444-litre boot. Plus, with a lower belt line, the back seat isn’t as claustrophobic as the hatch and rear vision improves markedly. It isn’t without fault, though, as entry and egress is hampered by the forward positioning of the B-pillar and the infotainment screen isn’t touch enabled – although the control wheel located behind the gear leaver is easy to navigate.

Powering the sportier 3 is a 139kW/252Nm naturally aspirated Skyactiv-G unit. At 2.5-litres it’s not a small engine and the extra torque over the 2.0-litre is appreciated. The performance available is respectable, if not sparkling, but the ratios of the six-speed auto (six-speed manual is $1000 cheaper) are well judged. Idle stop helps achieve the combined consumption figure of 6.5L/100km, but sadly there’s still a wait (expect early 2020) for the much-vaunted Skyactiv-X compression ignition engine. 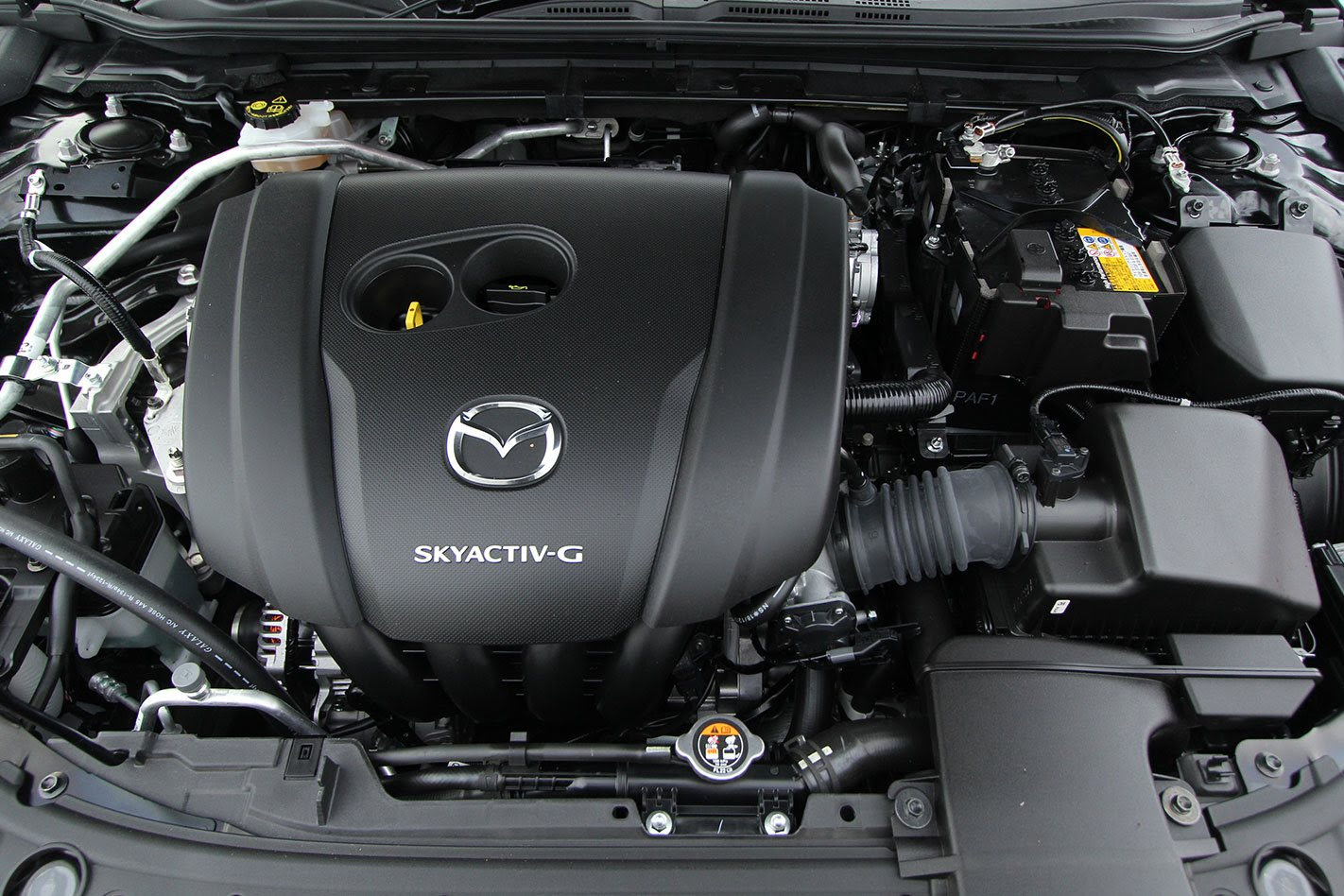 Dynamically, the Mazda 3 shines. The open road reveals a fluidity, lightness and capability that would rival some hot hatches in terms of enjoyment if not outright pace. At speed the steering feels connected, the powertrain responsive enough and there’s a level of body movement that clearly signals he car’s limits. The trade-off is a ride quality that, when confined to city limits, is harsh. Tramlines, manhole covers and sharp imperfections do transfer into the cabin. It’s a shame given that many of Mazda’s issues surrounding NVH levels have been addressed.

Ultimately the 3 sedan is no poor relation to the hatch. In many ways it’s the more appealing body style despite Mazda projecting a 60/40 sales split in favour of the hatch. The GT offers great spec for the price with an interior that puts more expensive brands on notice. The fact it’s wrapped in an attractive, pragmatic and athletic body is the icing on the cake. 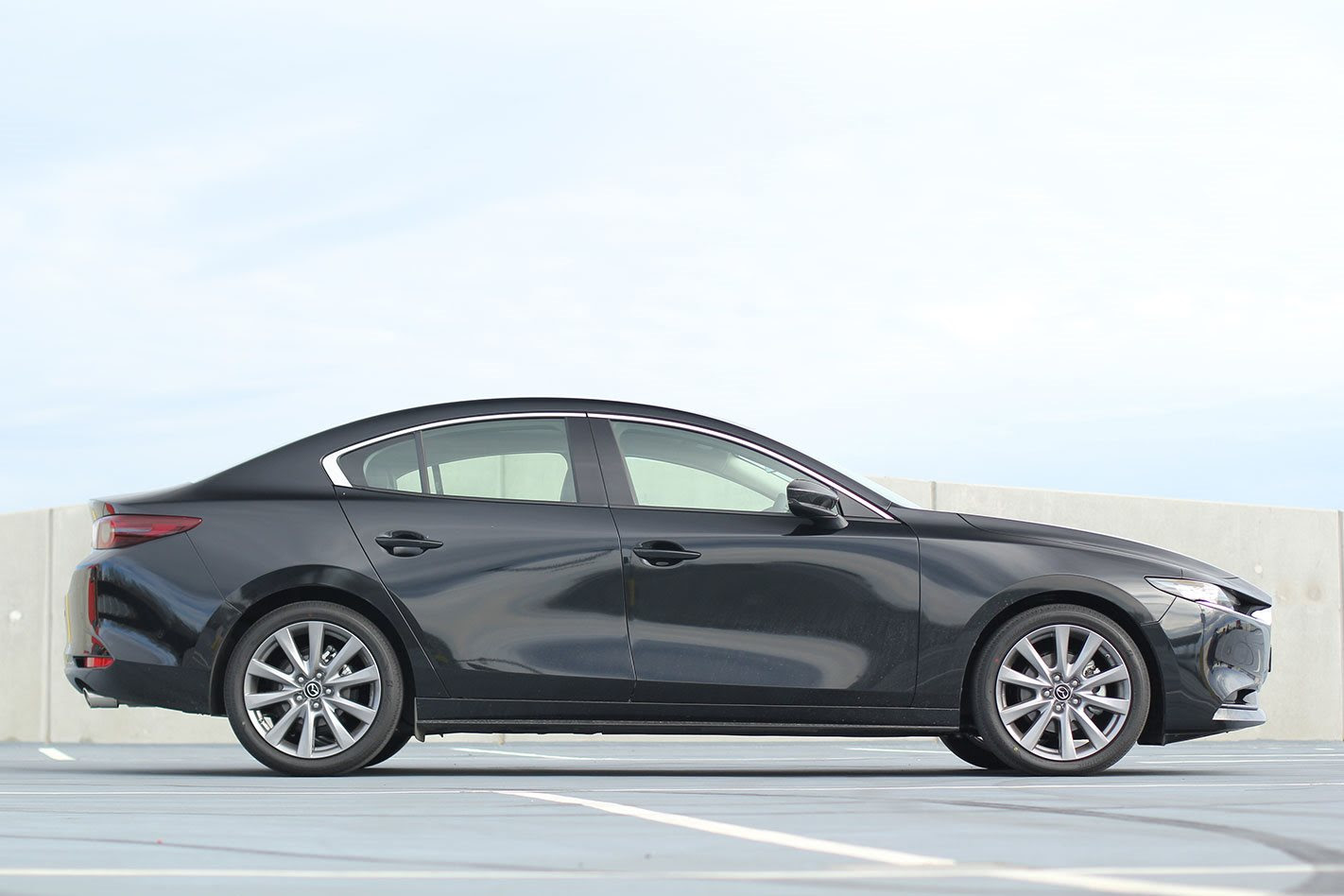