Luxury Plus in this segment of the market……

Mazda’s premium brand crusade seems relentless. A steady upward trajectory in quality, product diversity and refinement took a dramatic up-ramp with the introduction of the BP-generation Mazda 3, putting the company’s small hatchback at the top of the class and its rivals on notice.
Ironic that one of the Japanese company’s most affordable models should be the one that elevated Mazda into new premium territory, but the limelight is turning to focus on the flagship of the Mazda family and the CX-9 large SUV.
A 2021 update is mild with a new 10.3-inch central widescreen for all variants and gaining the most recent and rapid Mazda Connect software. Sportier paddle gear shifters are also added to all variants except, bizarrely, the Sport, and there’s a lightly redesigned front bumper. 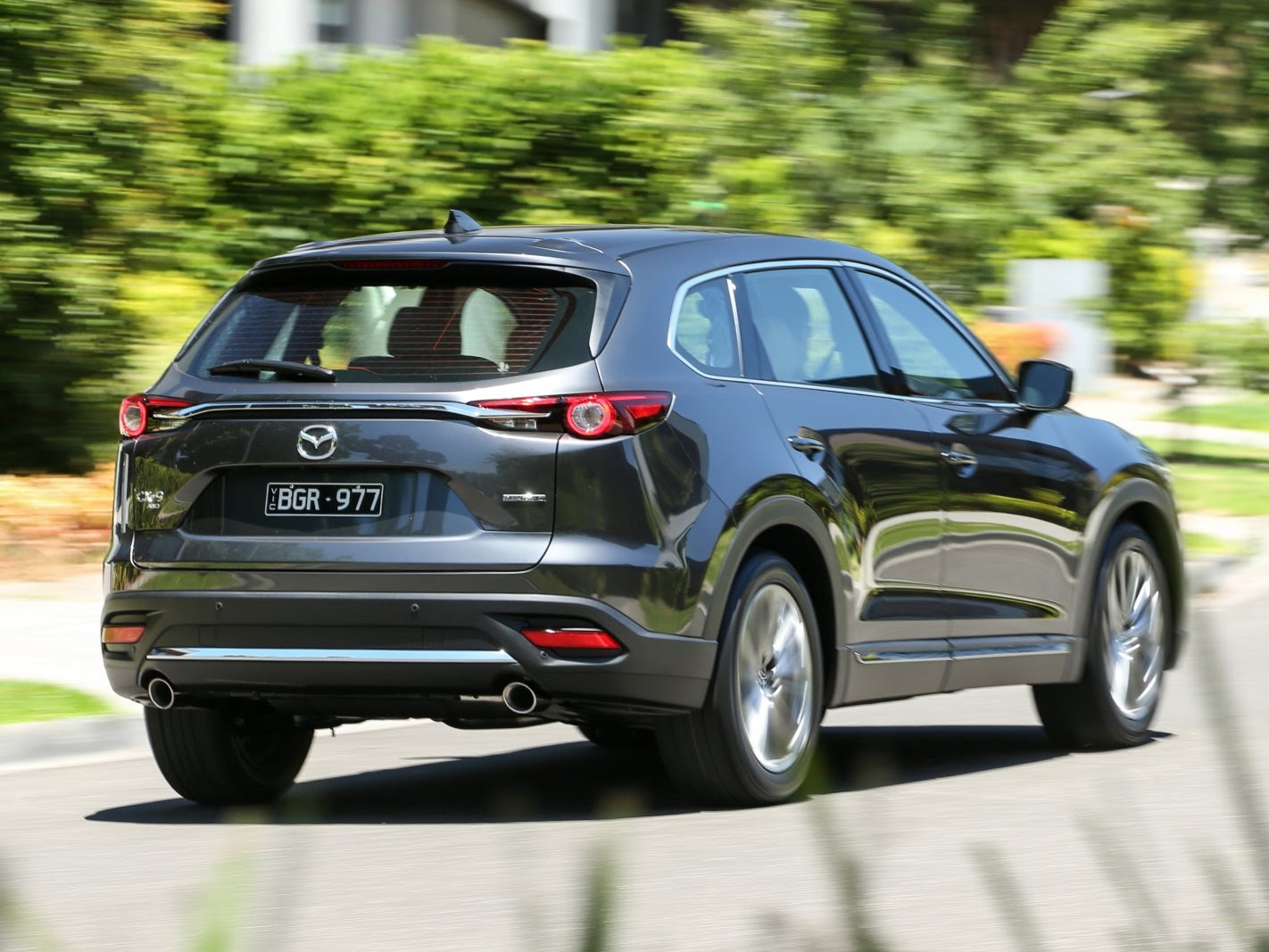 But rather than treat the 2017 Wheels Car of the Year winner with a comprehensive update, Mazda has instead chosen to add to the CX-9 range with three new variants.

The most affordable is the GT SP which gets blacked-out highlights, 20-inch wheels and burgundy leather interior. Then there’s the 100th Year Anniversary special edition that is limited not to 100 units but 110, and brings a host of more luxurious additions to mark Mazda’s centenary.

But the Azami LE is arguably the most interesting, not least for its price. At $73,875 it’s the most expensive new Mazda money can buy. Has Mazda done enough brand enrichment and product enhancement to venture deep into $70k territory? There’s no doubt the seven-seater is a strong contender in the segment – a Wheels COTY gong isn’t handed out lightly and many of the facets that won the CX-9 its title remain unchanged with the update.

Under the bonnet, there’s the same 2.5-litre turbo petrol engine that produces 170kW and 420Nm. In a car that tips the scales at more than two tonnes, the four-cylinder still feels well matched.

Torque peaks low in the rev range for effortless low-speed work but it pulls a convincing double act and is also happy to rev freely.

Add to all that a claimed fuel economy figure of 9.0litres/100km and you’re looking at a very well-rounded unit. 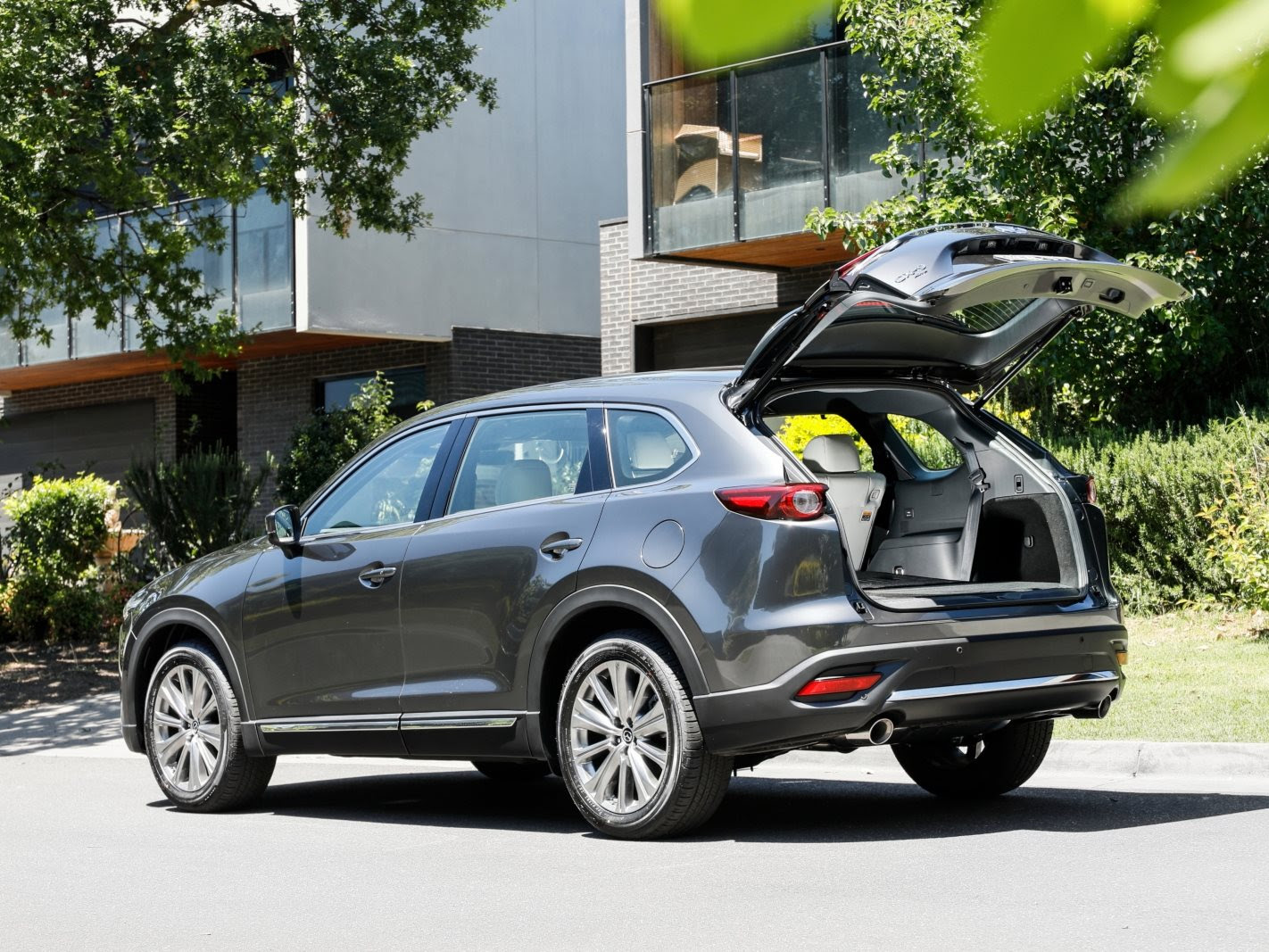 Unlike the 100th Anniversary which is exclusively front-drive, the Azami LE is only available as an all-wheel-drive wagon with a six-speed automatic transmission. The torque-converter-type auto is about as benign and well-behaved as they get although its six ratios appear too few amid rivals that total as many as 10 these days.

It’s not just the impressive powertrain that helps hide the CX-9’s heft with a chassis, ride and handling all of which defy the 2010kg kerb weight.

For an SUV that sits firmly in the large market, the Mazda has a sweet turn-in, carries speed through corners well and is almost perversely enjoyable to throw around. But you won’t want to do that everywhere as it neglects the best part of its chassis – the ride. 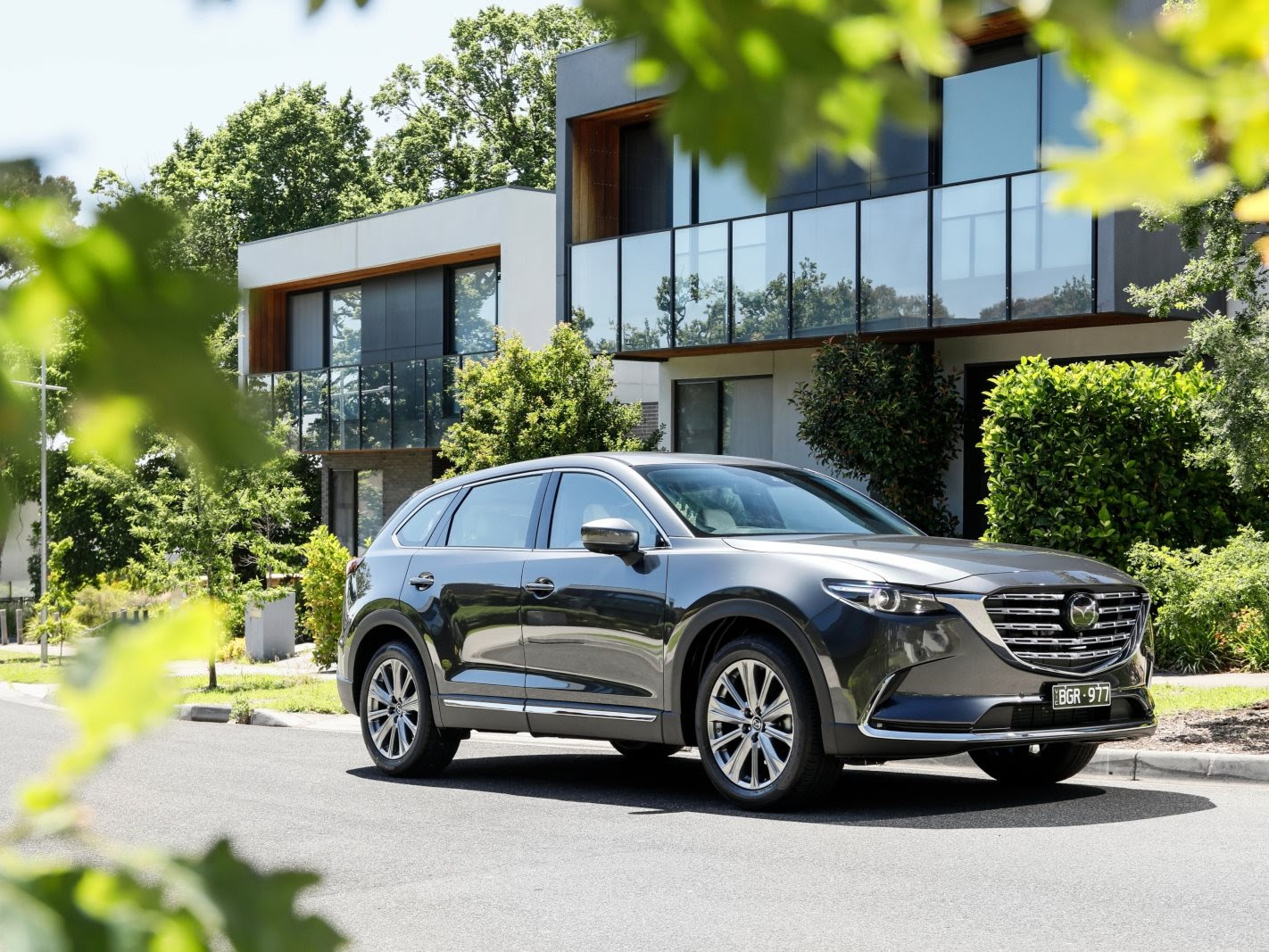 Even on the imposing 20-inch alloy wheels standard on the Azami, the ride is composed and forgiving, particularly at higher speeds. Little road noise is transmitted to occupants and the full spectrum of road imperfections from fine high-frequency to large thumps are absorbed with grace.

Up front, the CX-9 cabin is well-appointed with quality materials and equipment. The new updated screen and Mazda Connect information and entertainment system looks sharp with smart graphics and relatively easy navigation.

Some might not appreciate touchscreen operation but we’ve found the technology is generally not as effective or efficient as a dial and hot-keys, which are less prone to errors caused by the vehicle’s movement. 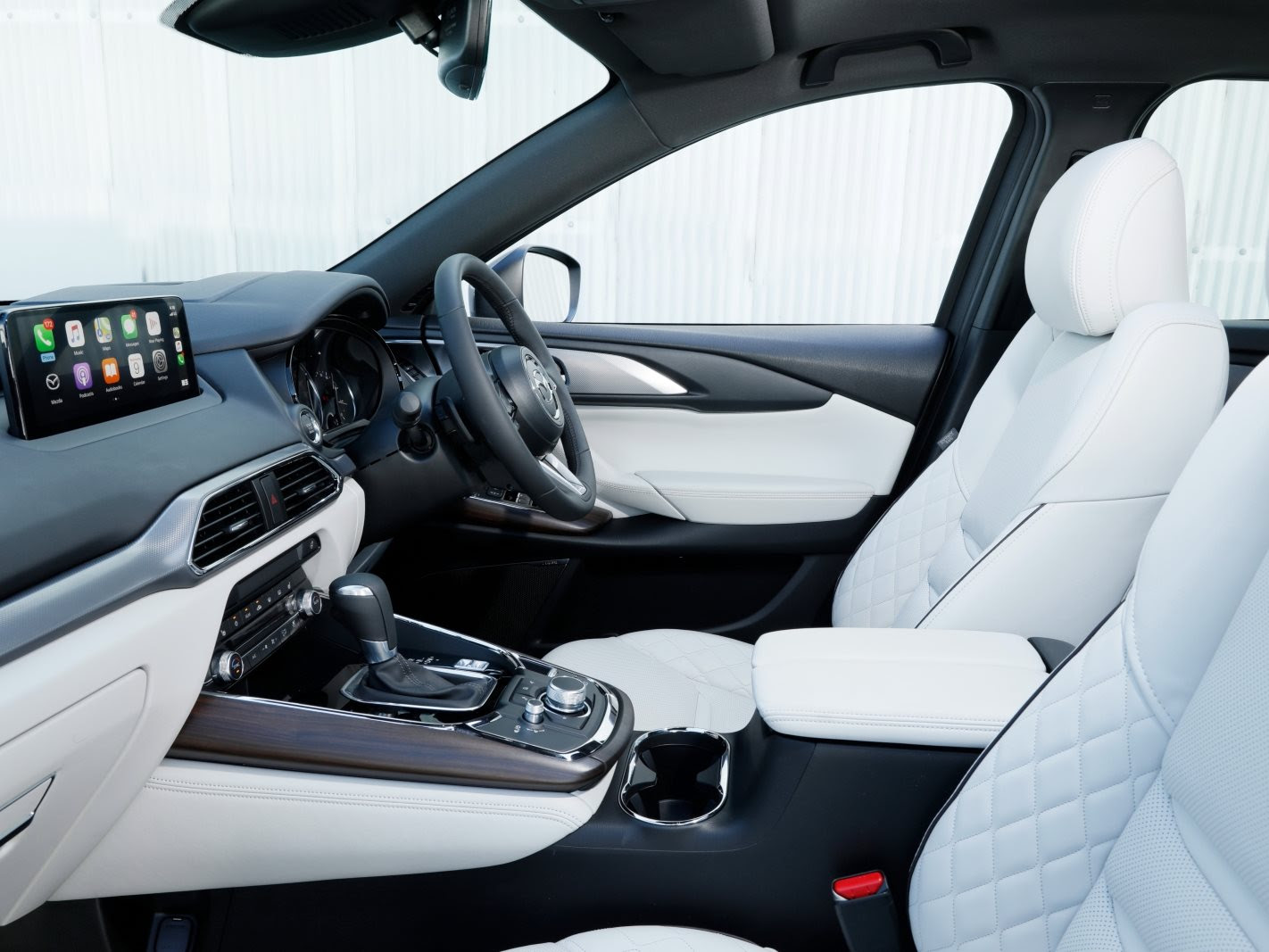 Nappa leather adorns the seats of the Azami grade CX-9s and the quilted upholstering lifts the entire cabin – especially in the Pure White which looks stunning but would probably be a full-time job to keep free of stains.

Wireless device charging is also slotted into the centre console and adds to the generally high level of specification along with a clear head-up display.

While an increasing number of rivals venture further into the digital display era with fully digital instrument clusters, the CX-9 is still partly analogue.

But we haven’t even got to the Azami LE’s party piece because it isn’t part of the front row seating at all.

The defining feature of the new range-topping variant is the second row of seating where, in place of the three-seat bench typical to the rest of the range, Mazda has installed a pair of luxurious captain’s chairs. 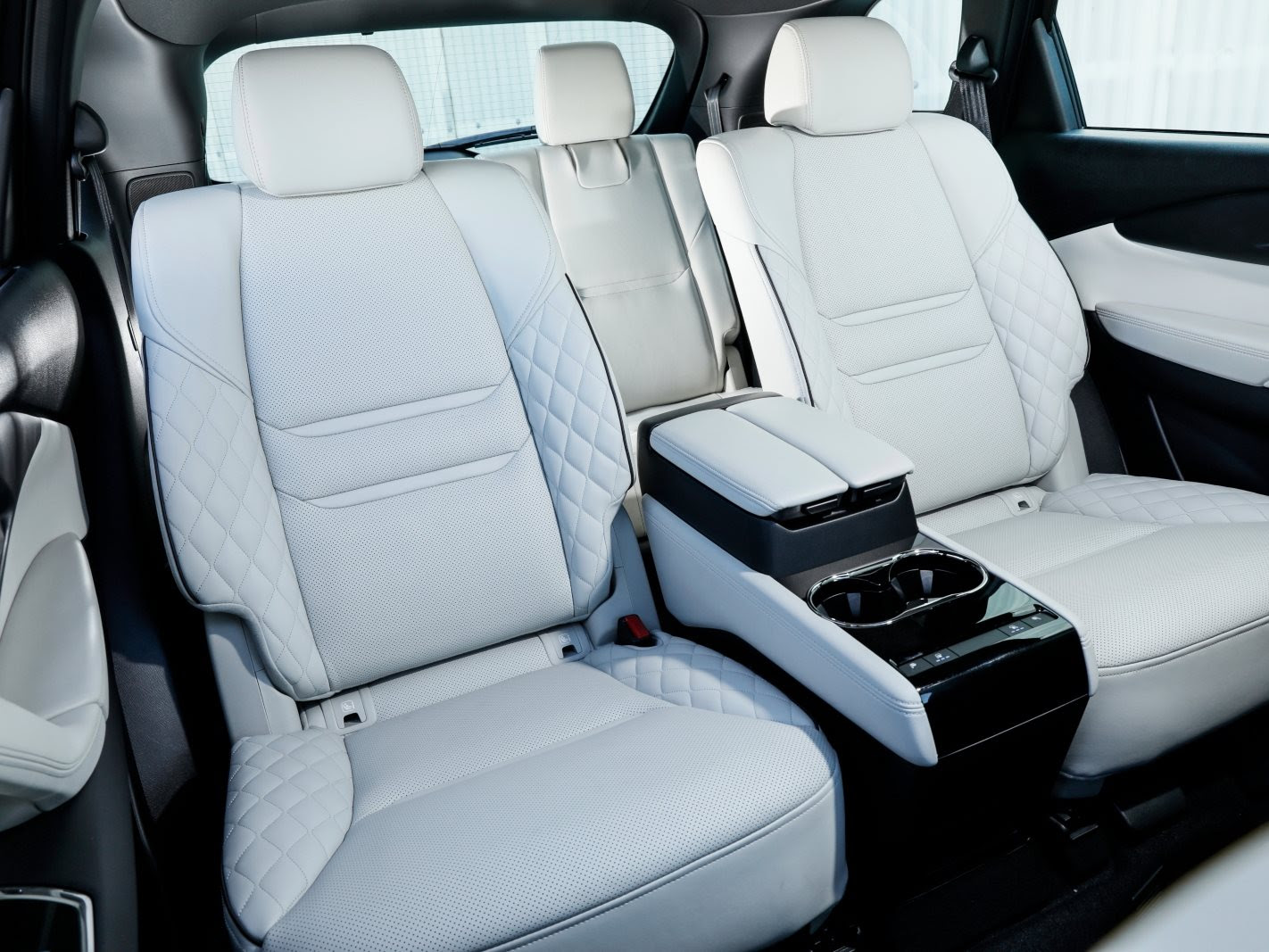 The result is a level of comfort identical to the front row and a cosiness that even tops the two front spots.

Passengers lucky enough to board here get heated and cooled seats, their own climate control panel, more quilted leather and a huge storage space under the centre armrest.

A pair of USB sockets provide more power for devices and the seats are also individually electrically adjustable.

Sitting in the LE’s second row is a treat and we’re certain it’s a novelty that won’t wear off but there is the potential for one problem at least. If you have a family of more than four, the argument as to who gets the middle row will last for years.

But the Azami can certainly accommodate more than four as it retains the third-row seating common to all CX-9 variants. 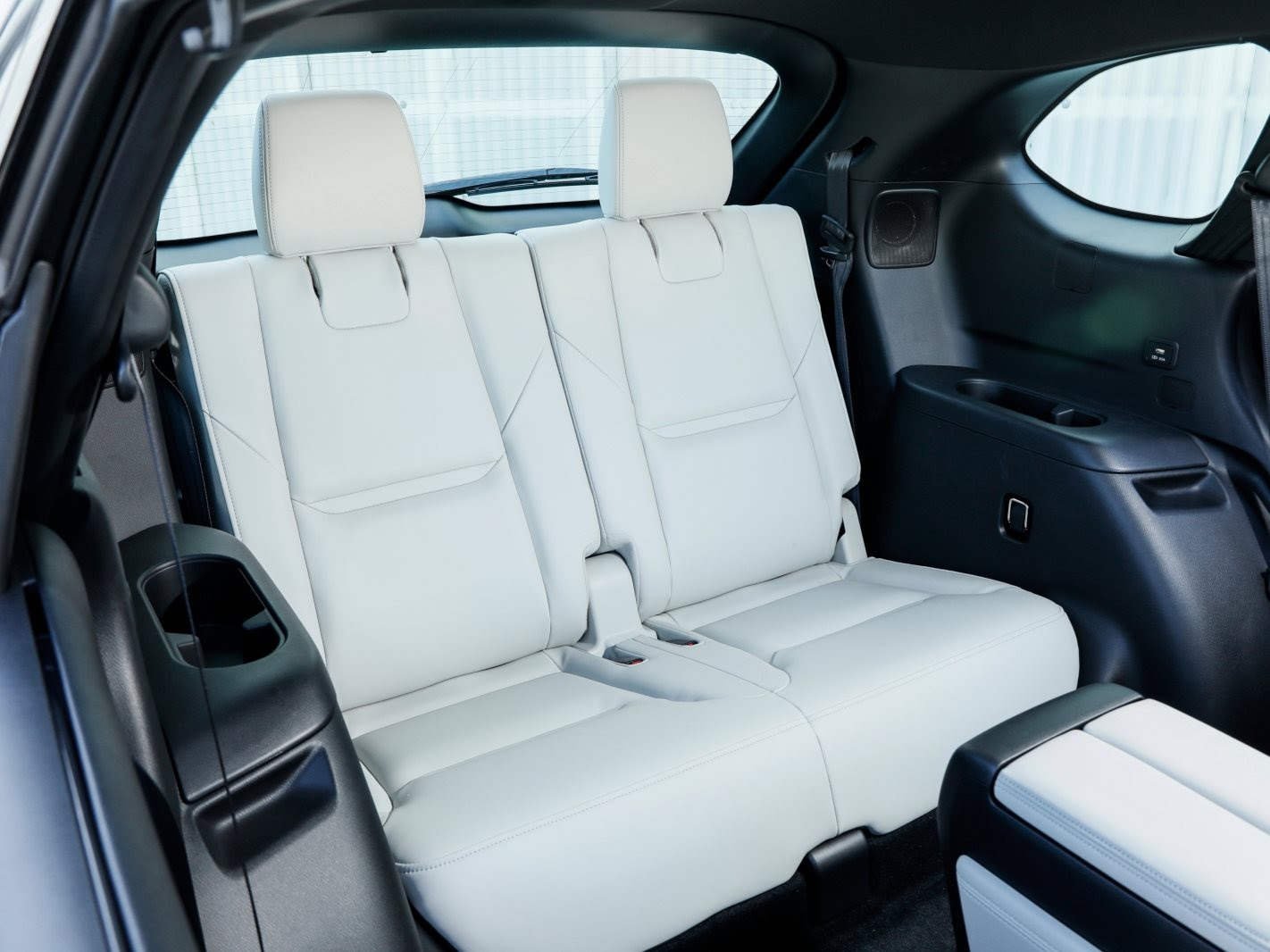 While some rival seven-seater back-row seating is a bit of a gesture, the CX-9’s is a bit better. You’ll never look at the third row the same way again after spending any time in the captain’s row, but it is functional.

As a bonus, the electric adjustment of the second-row seats allows simple one-touch access to the back row.

Of course, if you like all the Azami LE’s attributes but your passengers simply don’t deserve that level of comfort, the standard LE is available with seven more conventional seats and it’ll save you a significant $3250.

You don’t have to cast your mind too far back to remember a time when Mazda played in the economy class market and it did that very well, but with the introduction of its resoundingly good Mazda 3, it transitioned convincingly into business class travel. 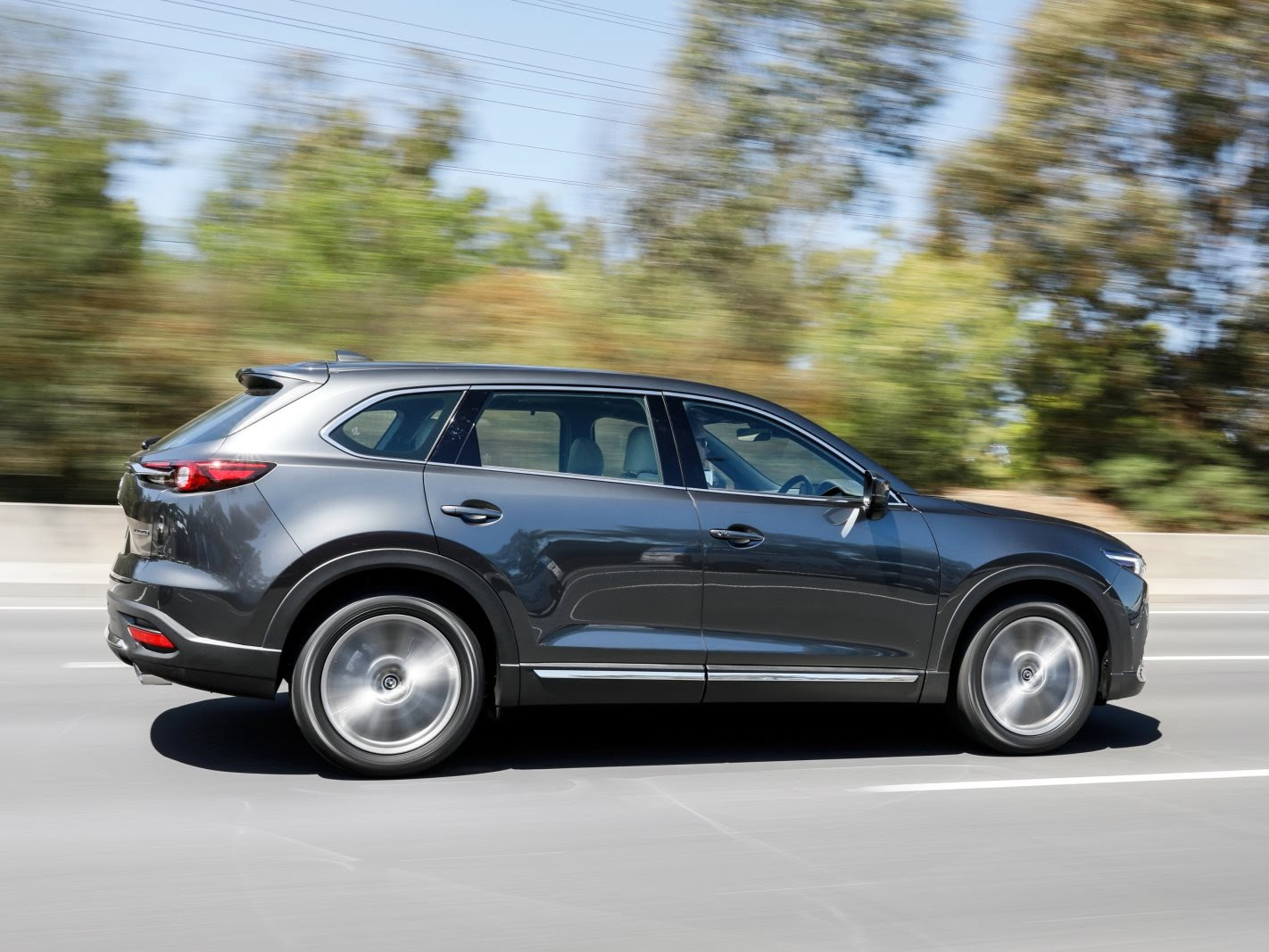 But now there’s the new flagship of the CX-9 range and the entire Mazda family, and while it’s fair to say that $74,000 is a lot of moolah for a Mazda, if you think of it as the company’s first-class foray, it doesn’t seem like such a bad deal after all.