LAST time Mini turned its three-door hatch fully electric, the rear seats vanished, boot space shrank and weight increased 300kg. That was back in 2008, just 600 were leased, but the Mini E did inform development of the BMW i3. Now the i3’s repaying the favour by donating its EV technology to a proper series-production electric Mini, the packaging compromises all but eliminated. Promisingly, ‘Cooper S’ has been inserted between ‘Mini’ and ‘E’. 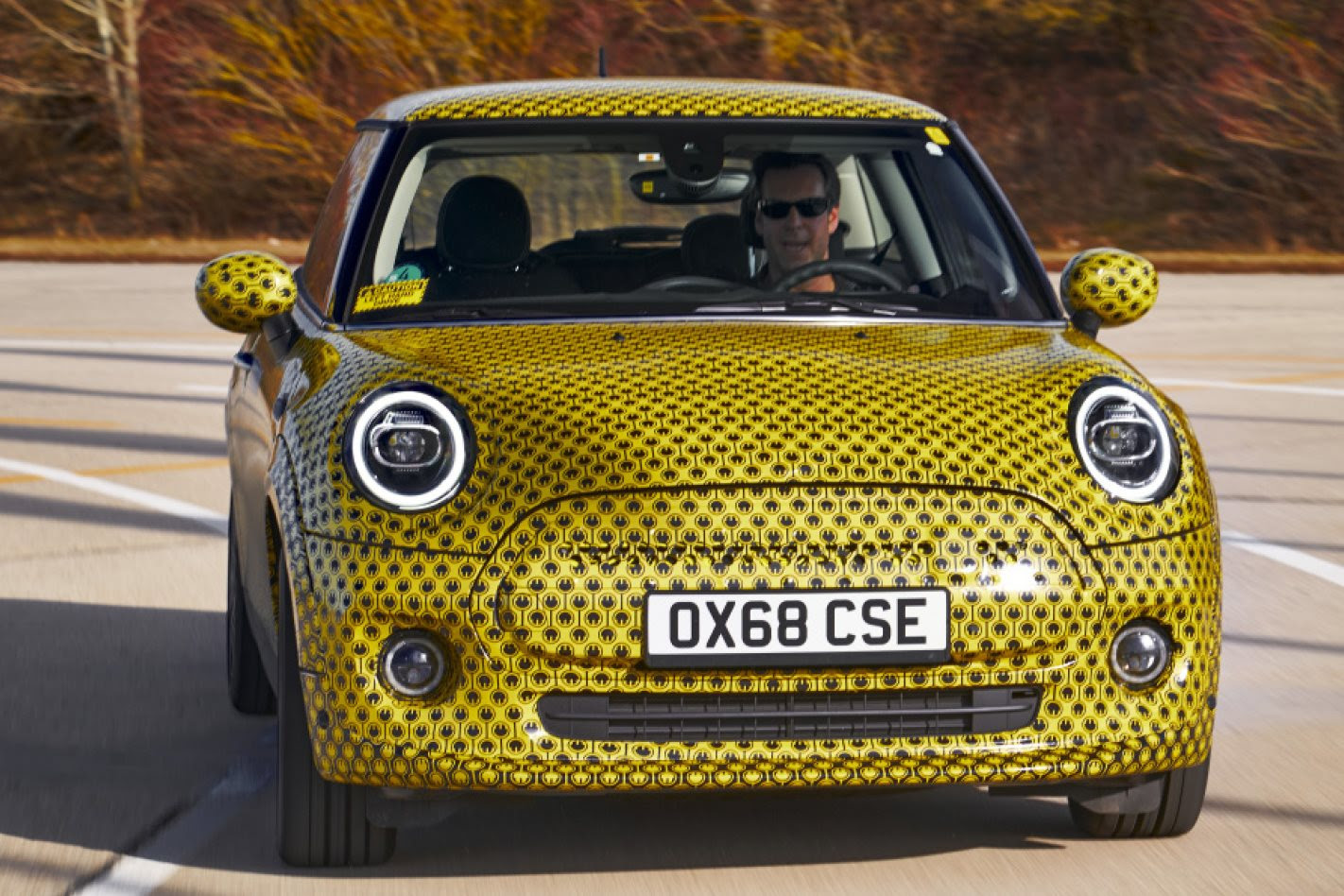 We’re driving a prototype of the Mini Cooper SE on a coned airfield course. It doesn’t take long for a grin to spread across your mug – eager acceleration, pacey steering and nimble footwork ensure the Cooper S character is intact.

Improved packaging is key. Power electronics and the 135kW electric motor normally found at the rear of an i3s are located under the bonnet. The battery is most comparable to the MY17 i3, but rather than being square and rated at 94Ah, it’s 92Ah and arranged in a ‘T’ across the rear axle and down the spine of the floorpan.

There’s just as much interior and luggage space as a Cooper S – with a little foam removed from the rear bench so passengers sit equally low – and changes to the body-in-white are minimal. It’ll even roll down the same Plant Oxford production line as other Minis when builds start, later this year. Like an i3, the performance figures don’t spike your pulse – 0-100km/h in 7-8sec and a circa 145km/h top end are pretty middling – but there’s good, useable performance here. Standing-start acceleration is energetic enough, but it’s in the mid-range where the Cooper SE feels engagingly wired and alive. Fierce re-gen braking requires acclimatisation, but a second mode offers more natural coasting, off-power.

Encouragingly, though, it’s the handling that makes this the hot hatch of EVs. At 1350kg, the Cooper SE carries 120kg of ballast over a petrol auto Cooper S, and the suspension is raised ‘1-2cm’ to give the low-slung battery more clearance.

But the centre of gravity is actually better, because more mass is mounted lower down, and despite weight over the nose remaining comparable, distribution shifts significantly rearwards due to the bulky battery – from a Cooper S’s 60/40 front-to-rear to the Cooper SE’s 54/46. The suspension is re-tuned to suit, with the goal of retaining a Cooper S feel. Accelerate hard through tight corners and traction borders on astonishing, especially given the instant slug of torque – it’s like a combination of aggressive limited-slip diff and traction control that’s so subtle you can’t detect it. It’s a shame the steering suffers, however, lumpily tugging about as torque surges through the front axle.

Through slaloms, the Cooper SE feels low, wide, short and reassuringly hunkered. It turns eagerly, pivots around its front axle, and dances through cones like an expert skier when you lift the throttle and slide the rear end. It’s an engagingly reactive and positive little thing.

So it’s quick enough, extremely nimble and a lot of fun. The biggest question is how easy the SE will prove to own. Mini says an 80 percent charge takes 40 minutes on relatively uncommon 50kW DC chargers, or three hours on 11.2kW AC chargers.

The range isn’t yet homologated, but the BMW i3 was good for around 250km, and was 105kg lighter. The Mini should fall short of that – especially when it’s this enjoyable to drive enthusiastically. Let’s hope it doesn’t dent the chances of this charismatic electric hot hatch too much.