We assess the Holden Acadia

Holdens large SUV ‘- made in the USA…is it good enough?

It has been three years since the large American-sourced Acadia SUV was confirmed to arrive in Australia rebranded as a Holden, with the big SUV finally launching Down Under 12 months ago.

Expectations were high for the Acadia, set to join the market at a time when Holden needed a large SUV hero.

Time then for Wheels to put the finger on the sales pulse to determine how things have progressed.

The data in this article comes from the most recent full month sales report by VFACTS in September.

Monthly figures provide a narrow perspective on a car’s sales. Instead, we will focus on year-to-date (YTD) for the first nine months of the year. 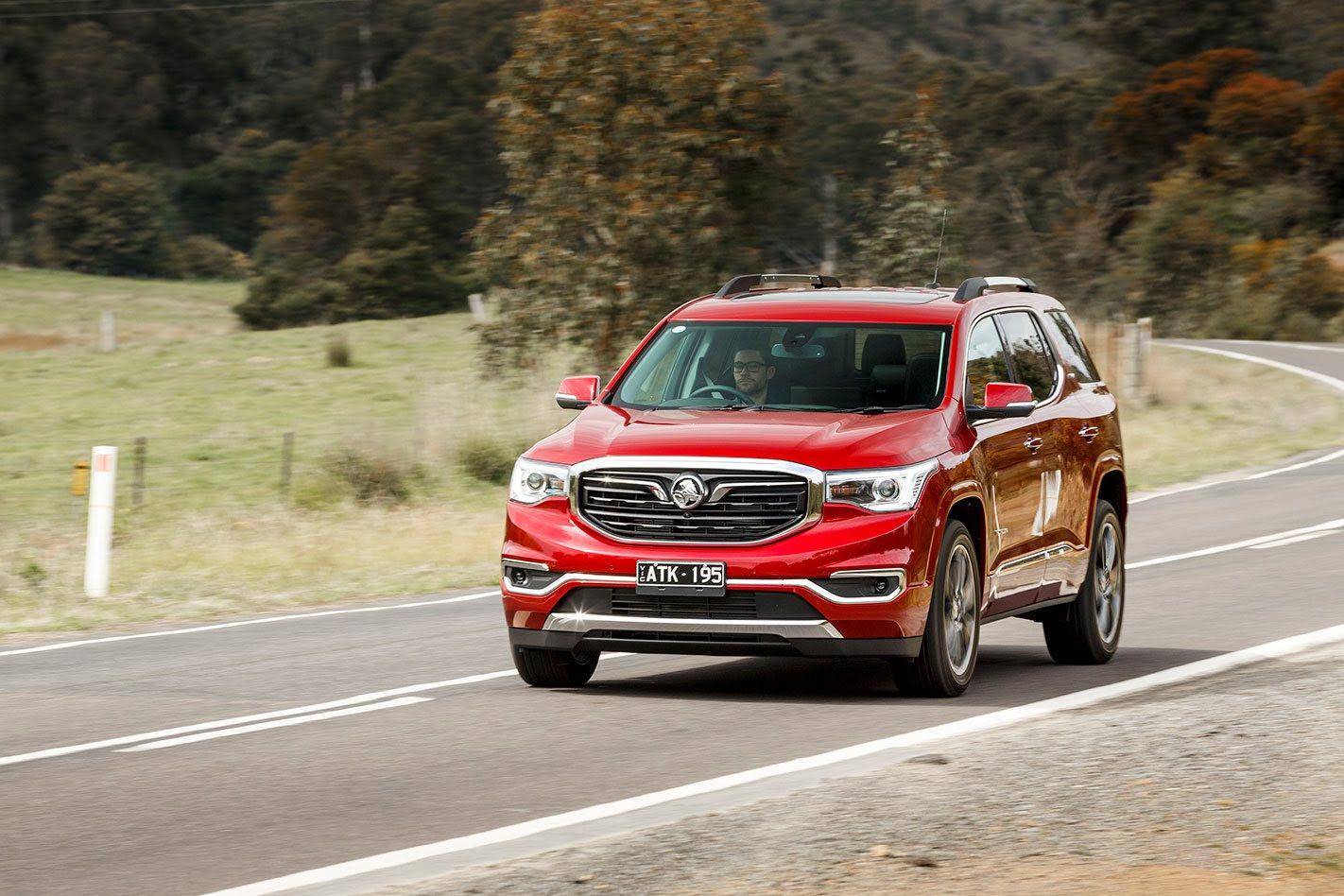 The best-selling vehicle in this class is the Toyota Prado, which has registered 14,228 year-to-date, while the Acadia’s 2209 sales means it sits in 12th in class.

Second is the Kluger, which is the more relevant rival to the Acadia, with 8057 registrations so far in 2019.

Sales figures for rivals such as the Mazda CX-9 and Hyundai Santa Fe also significantly outstrip the Acadia, with 5538 and 4548 registrations respectively.

If Holden was hoping to come into the large SUV market with the Acadia to turn around its spiralling sales trend, things have gone poorly in the first 12 months. 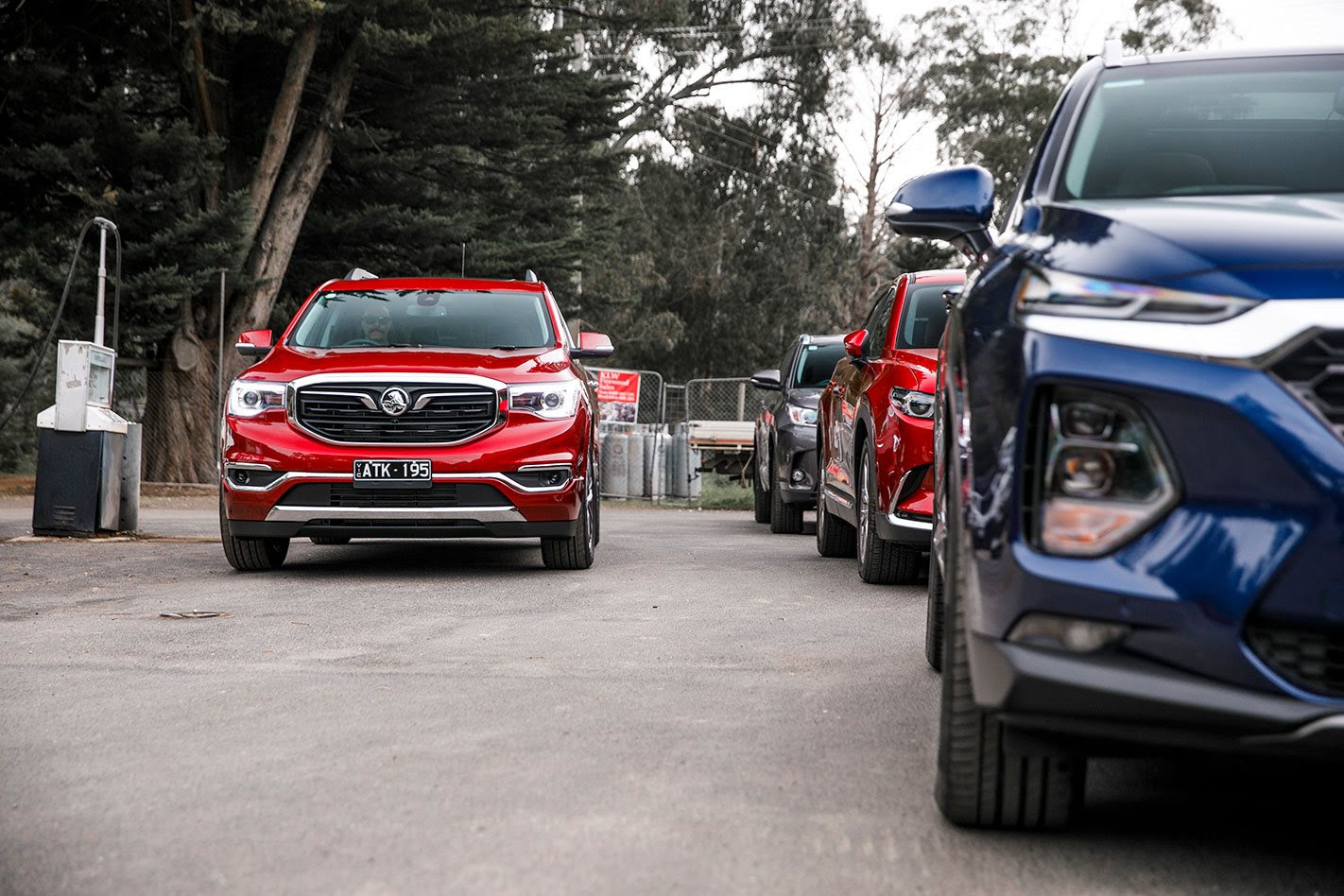 While the Acadia might not be living up to expectations, Holden has an unsung hero with its Trailblazer SUV. YTD the 4×4 SUV has notched 2089 registrations, a growth of 7.5 percent year-on-year. The only other Holden to grow its sales figures is the Equinox, which is up 10.6 percent compared to the same point last year.

Another issue is the fact that private buyer numbers have fallen, particularly in the Large SUV segment, hurting Holden’s strategy of targeting families.

This has hurt the Acadia’s competitors as well, with Kluger, CX-9 and Santa Fe registrations shrinking by 27.5 percent, 11.1 percent, and 18.6 percent year-on-year. Only the dominant Prado has survived unscathed, dropping just 0.1 percent in the same period. 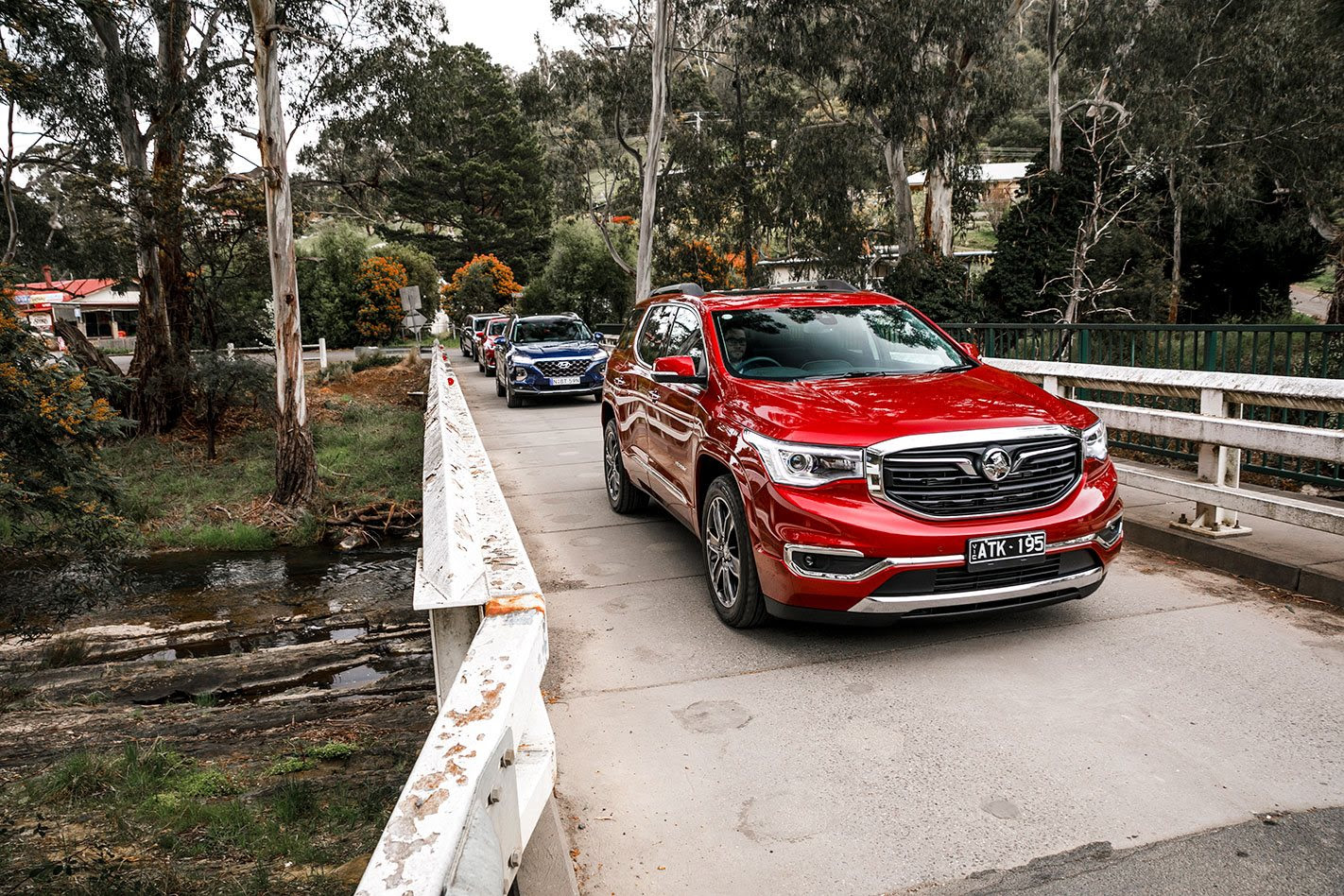 “The Acadia’s position is improving as more people get to know about the vehicle, get the opportunity to test drive it, and simply become aware of the nameplate,” a Holden spokesperson told Wheels.

The GMC Acadia was updated in North America early this year; however Australia will miss out on the visual changes, and new 2.0-litre turbocharged four-cylinder petrol engine. However, that’s because the nine-speed gearbox, larger 8.0-inch infotainment screen, and digital instrument cluster now being sold in the US is already fitted to Australian examples.

Australian Acadias are sold exclusively with a 231kW/367Nm 3.6-litre naturally-aspirated petrol V6. Wheels was told at the launch of the Acadia last year that Holden didn’t have the budget to bring both the new four-cylinder and V6 Down Under.

Production of the Acadia in the US is reported to have been affected by a strike by 46,000 United Automobile Workers (UAW) members that work for General Motors. The strike has lasted several weeks, with picket lines across 55 of GM’s North American plants.