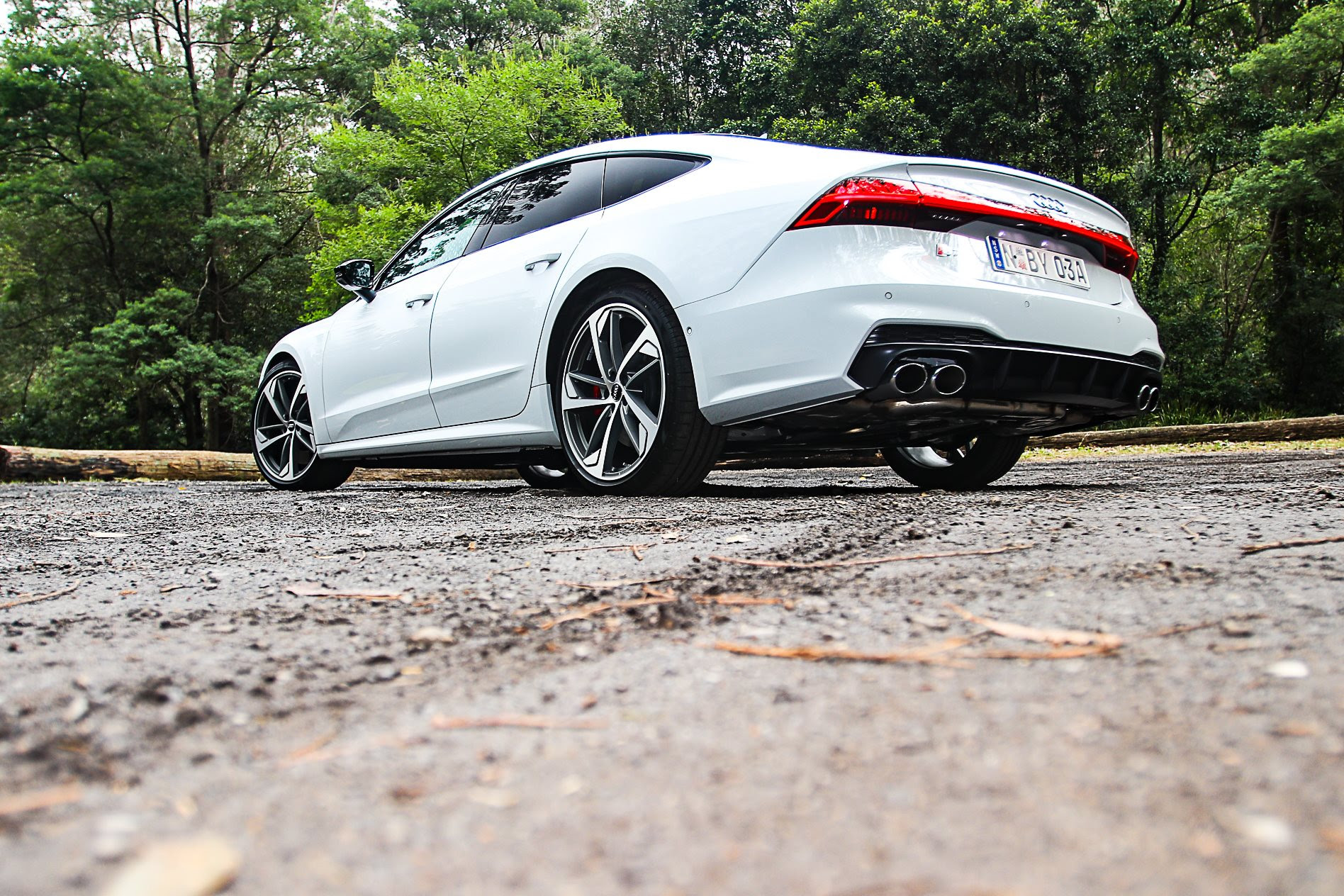 The world has gone mad for the SUV and that’s a crying shame, because it puts luscious machines like the 2020 Audi S7 under more pressure than they need to be.

I mean… just look at it! Sharp yet subtle, stern yet sensuous… the S7 is a blend of sensible and sass that puts the boxy dimensions of a typical SUV – even the sporty ones – in sharp contrast.

It doesn’t hurt, either, that the five-seat, five-door S7 Sportback coupe is a technical tour de force that happens to pack a punch under the bonnet. A new V6 twin-turbo engine and 48v electrical system are just the start of it, too.

Is the Audi S7 worth the money? At a ticket clip of $159,500 before on-road costs, the S7 isn’t what you’d call cheap. Every time I get up close to one of Audi’s A6/A7 family, though, no matter the price point, I always catch myself thinking ‘hmm, that’s not a bad price.”

On raw looks alone, the sharp lines of the S7 are something to behold, with lots of reward for the eyes.

Audi Australia reckons it’s tipped every spec it can get its hands on into this new-gen S7 – some $20,000 worth of extra gear they say – and it shows. On the outside, high-spec matrix LED headlights team up with an LED strip taillight array, while 21-inch alloy wheels, metallic paint and a panoramic glass sunroof are standard.

Inside, the S7 follows the lead of the A6 with a double-screen approach to a new multimedia array, which combines well with Audi’s digital dashboard.

Other niceties that come standard with the Audi S7 include wireless Apple CarPlay, inductive phone charging and four USB ports that double as media access points – so if the back seaters want to play angsty teen pop through the S7’s Bang and Olufsen speakers, they can. 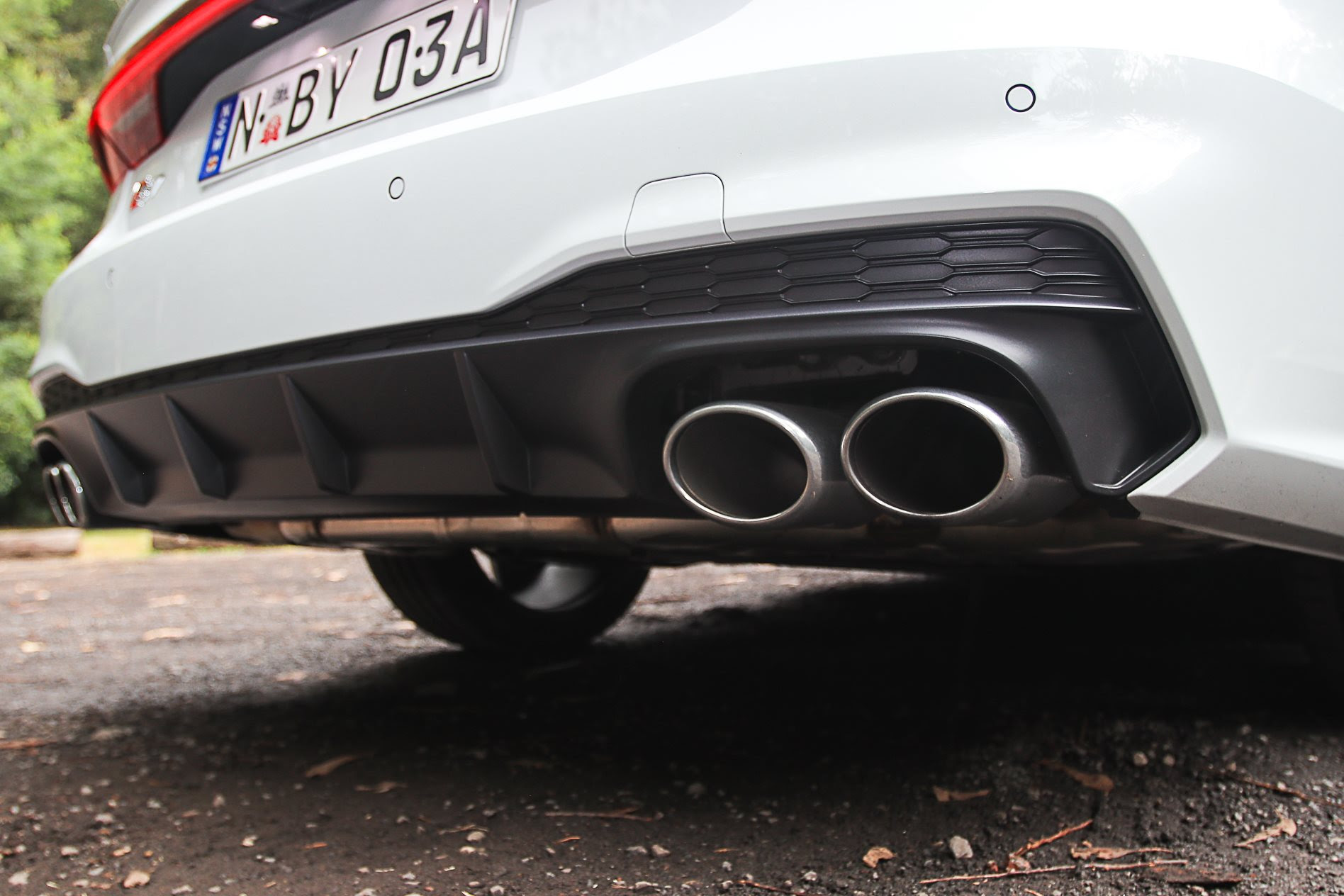 It’s worth pointing out upfront that the S7 Sportback is now a proper five-seater, in contrast to the 2+2 arrangement of the model before. This imbues the S7 with a bit more practicality – though there’s an argument that the four-seat layout better matches the typical user group of the car.

The Valcona leather seats look pretty nice and are comfortable, but could use more support in the bolsters. The dash is clear and easy to navigate, though it takes a little time to get familiar with the control-free layout of Audi’s new multimedia interface.

Previously managed by a scroll wheel and hard buttons, I struggled a little with accessing certain functions as quickly as I would have liked – but that would improve with familiarity. 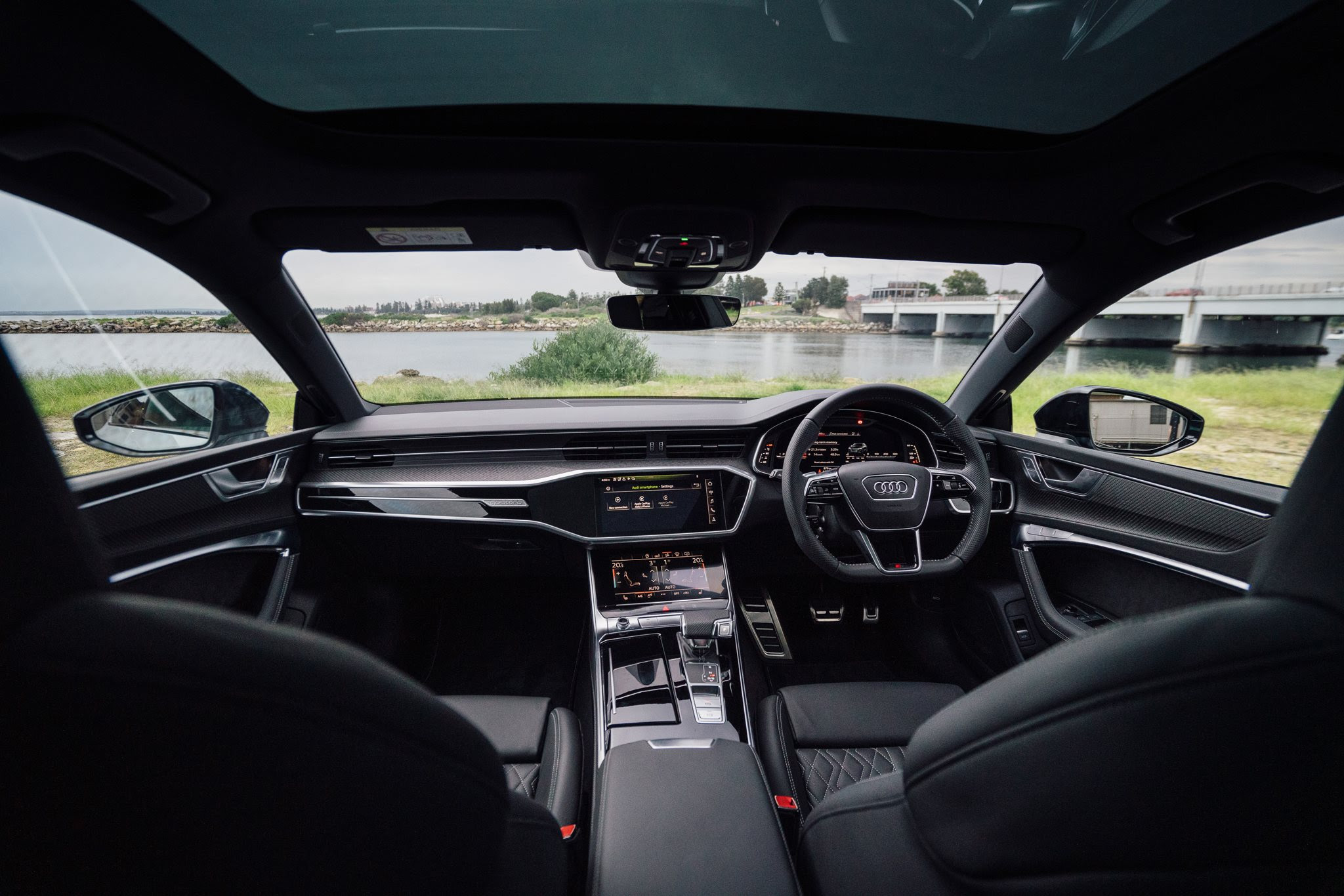 The generous cargo area is a point of difference between the S7 and its S6 sedan sibling, too, with 525 litres of boot space versus 520 for the sedan… and a massive 1305 litres when the seats are dropped.

The space itself is a little compromised by the roofline, but the S7 can haul a bit of gear for a fancy pants exec express.

In terms of refinement, the S7 is sublime at pedestrian speeds. Virtually no noise gets back into the cabin when the drive mode select button is in auto or comfort modes, and that includes road noise from the 21-inch rims.

‘Blissful silence’ is scribbled in my notebook, and that’s pretty accurate. The Audi S7 needs to do two jobs well. It will spend a lot of its time commuting into the heart of big cities, but it will also have to cut the mustard doing the quick bolt out to the country. Thankfully, it covers off both with aplomb.

Its ride quality in bumpy, slow terrain is exemplary despite those narrow-band tyres, while its turn of pace on a country back road is worth celebrating. The all-wheel-drive S7 is much less intense than an RS model by design, and I reckon it really hits the sweet spot between silly quick and entertaining.

The new 2.9-litre V6 twin-turbo is silken smooth and strong, thanks in part to a new electric compressor that keeps the two main turbos filled and ready to spin at a millisecond’s notice. Its 331kW headline number is underpinned by 600Nm of torque that fills the engine’s cup to overflowing.

It also sports adaptive dampers, a variable-ratio steering rack and don’t-mess-with-me 400mm brake rotors and six-piston calipers up front. And it actually needs that much stopping power, too, because the S7 at its lightest comes in 5kg under two tonnes.

That mass makes itself felt on sequential direction changes, and the S7 asks a lot of its tyres and brakes when the urgency is ratcheted up. Likewise, its claimed fuel economy number of 8.9L/100km goes right out the window when you dip time and again to the well of delicious torquey goodness. 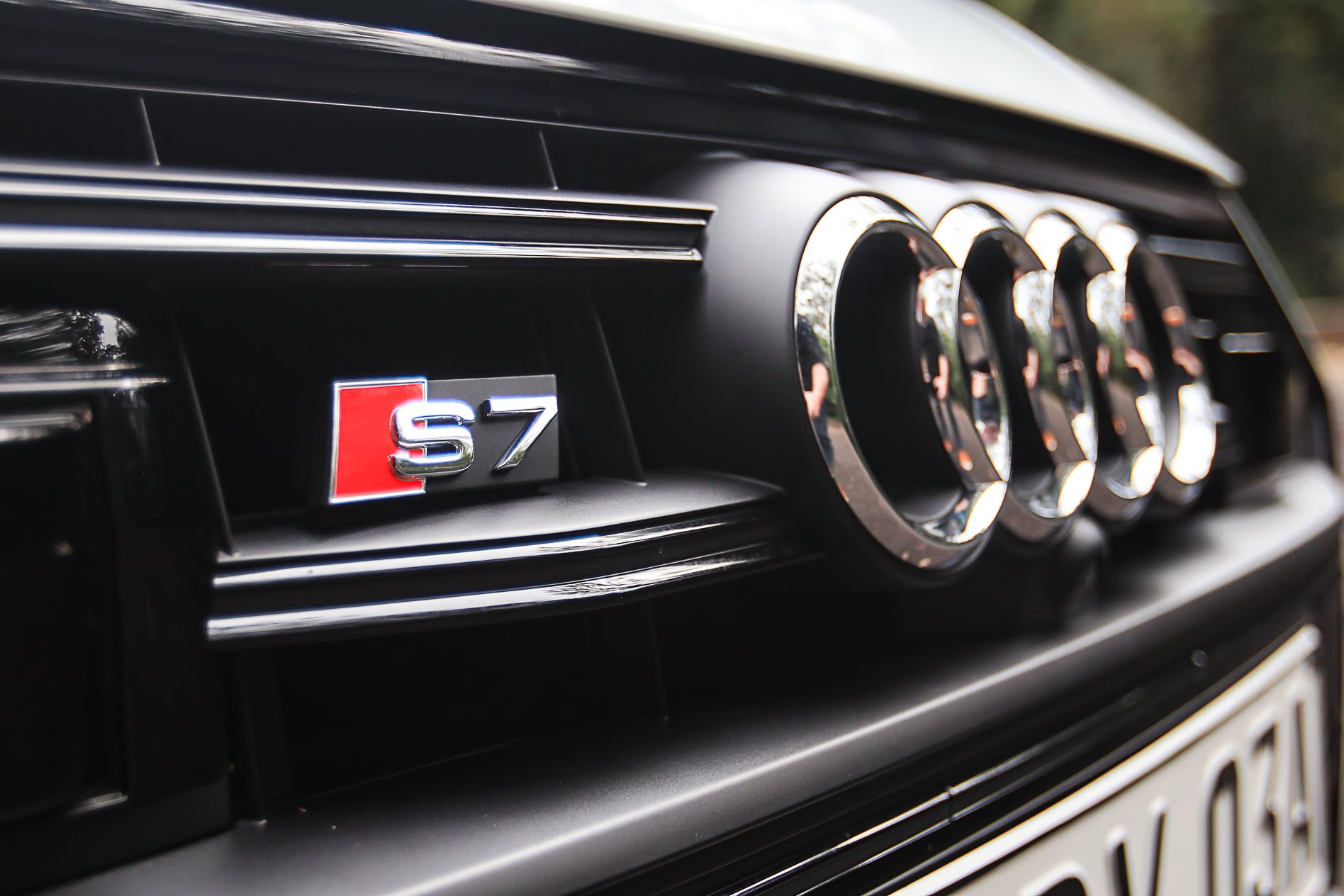 The Audi S7 will fly under almost everyone’s radar, and that’s a real shame… because it’s a genuinely entertaining car that offers most of the good points of the bigger RS Audis without the high price of entry.

If you lean on it too often, it’ll cost you more to own, but the S7 Sportback does a lot of things right.