These days you could be well advised to ignore brand loyalty and you’ll see that some dual-cab utes are worthy of your attention.

Despite significant challenges, this year is quickly becoming the best opportunity to buy a brand new car at a cut-rate price we’ve seen in a long time. If you’re interested in getting the most bang for your hard-earned bucks in the dual-cab 4×4 space, it pays to look past the industry’s top-ranked pairing of Ford’s Ranger and the Toyota HiLux.

Think about it for a second. If a particular ute is proving popular with punters – take the HiLux SR5 or Ranger Wildtrak as examples – there is less incentive for a dealership to haggle with you over a few hundred dollars to get the sale on a model that will probably turn over pretty quickly anyway.

Considering both models have just been updated for the 2021 model year too, it’s unlikely that you’ll nail down a discount anytime soon. Along with that popularity, though, comes the desire from an industry perspective to carve up the pie in as many ways as possible in order to make sure everyone can choose the slice that suits them best.

Meaning, there’s plenty of specifications and variants within each model line which could suit your needs and wants (and price) better than any range hero. It’s within these unusually shaped pieces of pie where the deals are lurking, and if you’re willing to be a little bit brave on spec, then you could be aboard a dual-cab ute in 2020 for a lot less than you think.

Key to this is the simple fact that the modern dual-cab ute doesn’t vary much from one to the next. Scratch the surface of any of the current generation of dual-cabs, and you’ll find next to no difference when it comes to key mechanical specifications.

All of the major players offer a smallish-capacity four- or five-cylinder turbodiesel engine backed by a six-speed manual or six-speed automatic gearbox, and they don’t change whether you’re coming in at the base of the range or looking at all the bells and the whistles.

Sure, there are variations on the theme, like the six-cylinder Volkswagen Amarok and Mercedes-Benz X-Class models, while the 4×2 (or rear-wheel-drive only) dual-cab offers a cheaper way into the genre, but in the main, the vast majority of dual-cabs are carbon copies under the bodywork.

With that in mind, the price difference from top to bottom comes down to what you want on and in your ute in terms of specification.

What you want and what you need

If you want to save money buying a dual-cab ute, then ask yourself the hard questions. What are you planning to do with your new rig – is it a suburban warrior, or will it be seeing service in the dirt? Do you need maximum towing or payload capability, or will a pair of mountain bikes and a box trailer be the hardest work it ever sees? 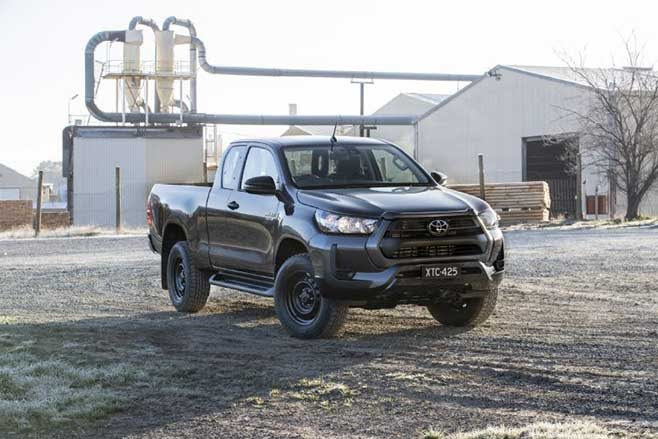 If you reckon you need the tray to carry sizable items on a regular basis, then hard tonneau covers and faux roll bars may impact on that ability – even a plastic tub liner might not be the best option, as it can gobble up vital centimetres of width.

When it comes to other specs like leather seating and big alloy wheels, you’ll definitely save money if you can live without them – or alternatively, a limited edition model may offer you most of what you’re looking for at the expense of other items.

(plus on-road costs unless noted) 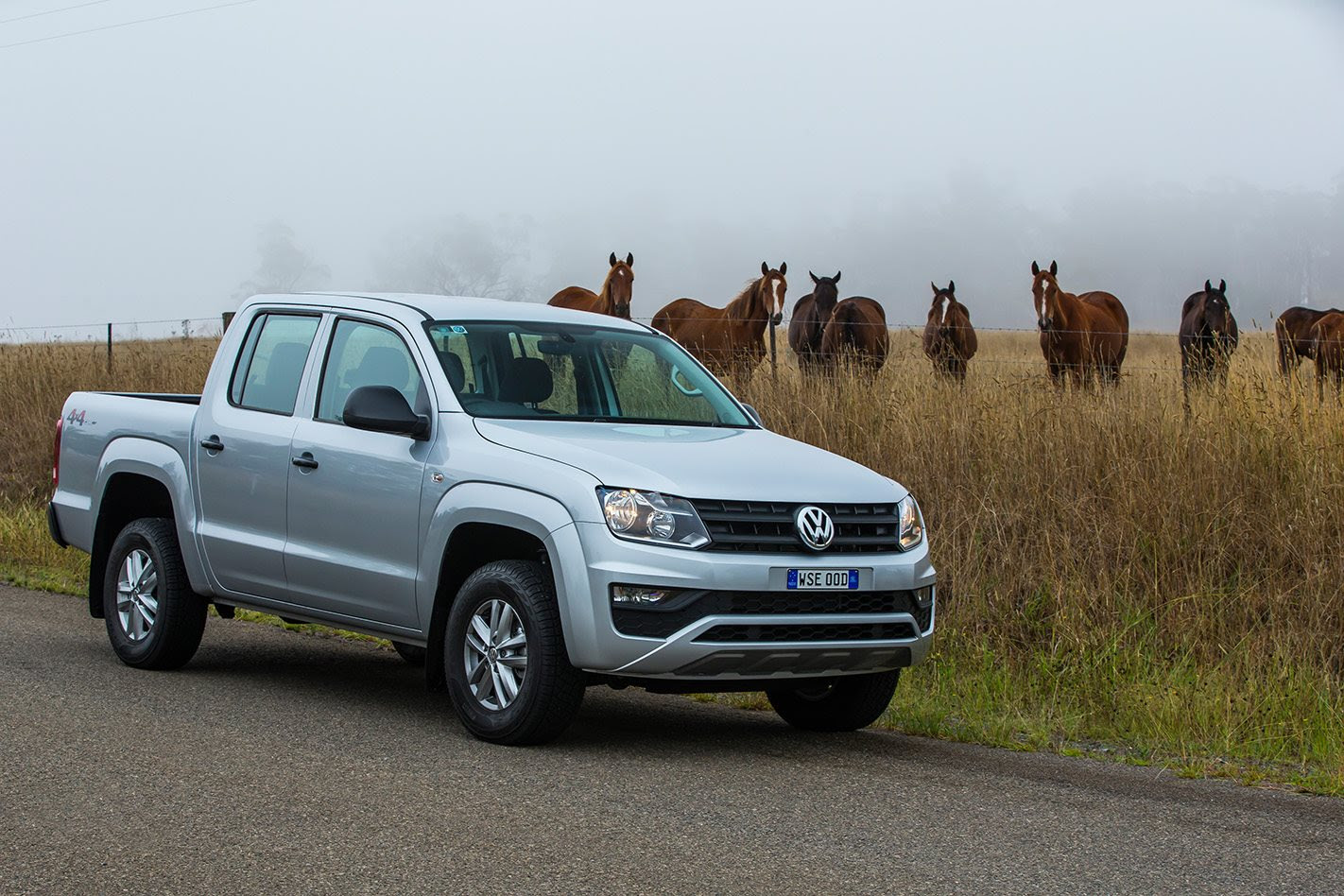 Currently on sale for $42,990 driveaway (September 2020), the Core Enduro 4×4 runs VW’s 2.0-litre diesel engine mated to an eight-speed automatic – not a common spec in the dual-cab world.

It tows less than its rivals at 3000kg, but if you’re only taking the tinny to the boat ramp, that’s more than enough.

Mazda’s got a brand-new BT-50 on the way, and while we don’t know how it’s going to be priced just yet, it’s set to offer a level of kit, ability and practicality above and beyond its predecessor. It shares a 3.0-litre turbo diesel four-cylinder producing 140kW/450Nm with the also-new Isuzu D-Max and will only be offered with a dual-cab body at first.

That’s all well and good, but Mazda will be willing to do big discounts on the previous generation too, in order to clear out the lot considering the new car is on sale imminently. 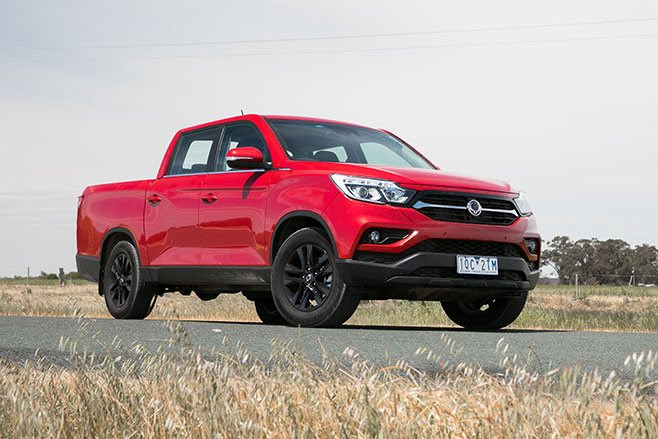 This is an astonishingly good buy for someone in the market for a ute with decent passenger appointments and the longest cargo tray on the market. The Ultimate wants for exactly nothing in the cabin; heated/vented leather front seats and leather rear seats, automatic lights and wipers, decent multimedia and tinted windows.

It’s also arguably one of the best-equipped utes for safety aids that includes AEB, lane departure warning and rear cross-traffic alert. And it’s no slouch under the bonnet either, with a 2.2-litre four-cylinder diesel grunting out 133kW and 420Nm, 3500kg towing and 1000kg payload capacity.

The Isuzu D-Max has just been facelifted for the 2021 model year and Isuzu is keen to do deals on both the new car as well as the old. Bargain hard on the outdated models and aim for under $40k on old stock. Isuzu is even offering deals on new cars too, like the X-Terrain range hero which costs $58,990 driveaway.

New 2021 model year cars use a 3.0-litre four-cylinder turbo diesel engine which is now up on power and torque compared to its predecessor, producing 140kW/450Nm. 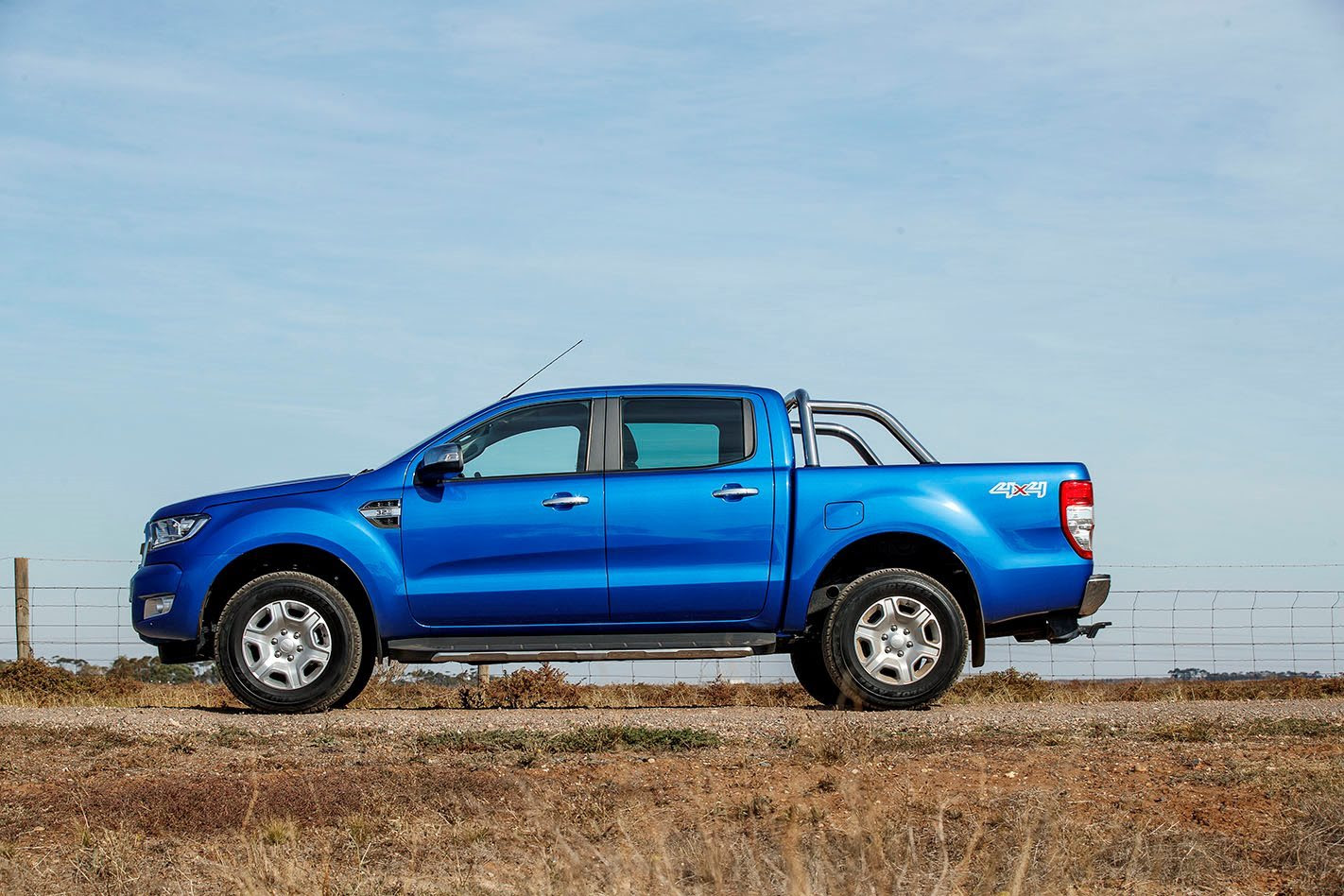 The Ranger isn’t an especially cheap rig, but the XLS grade presents a good opportunity to get into one of Australia’s most popular new cars for less than $47,000.

It comes stock with 4×4, Ford’s 3.2-litre five-cylinder engine and six-speed auto, as well as a locking rear diff. It also comes with carpet instead of rubber flooring, Ford’s excellent Sync 3 multimedia system, an onboard 230v inverter and automatic headlights and wipers.

It also eschews the sports bar, which gives the rear tray more flexibility. 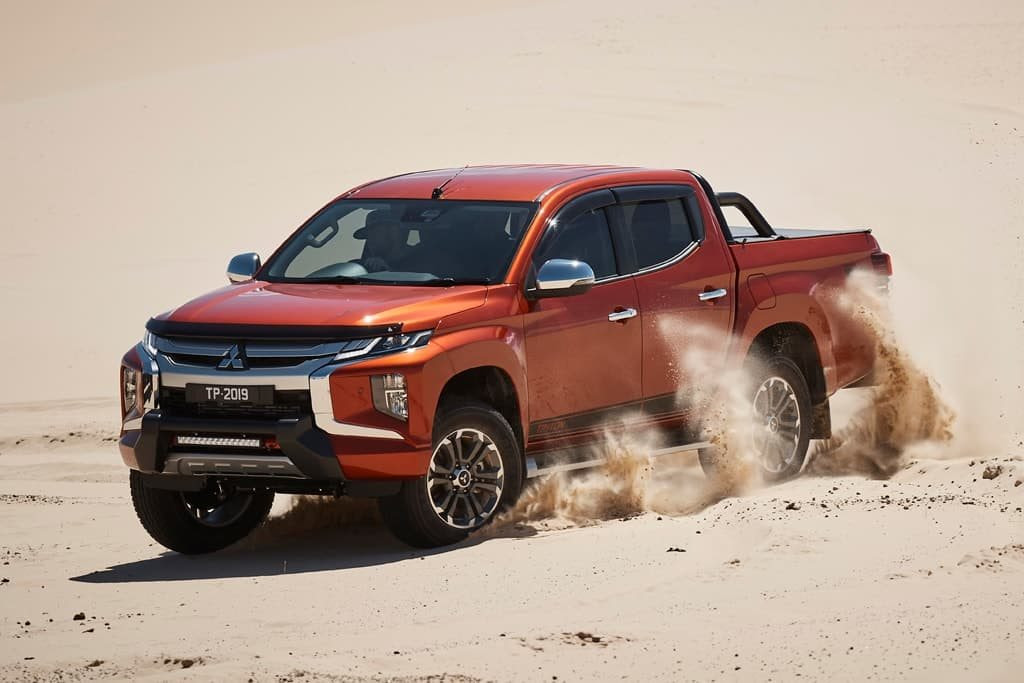 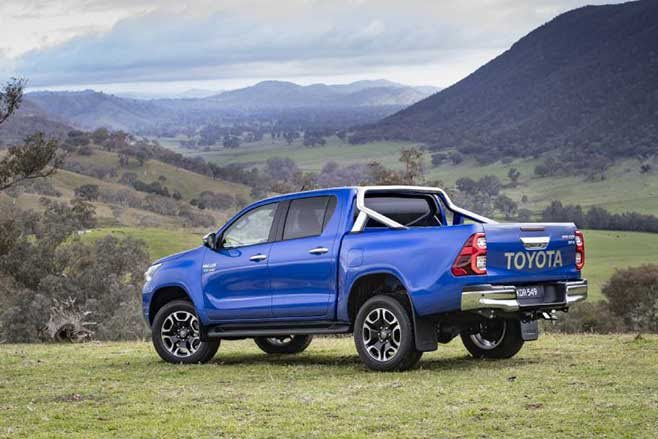 Often the country’s best selling ute, the SR5 standard spec includes AEB, adaptive cruise control and road-sign detection, along with keyless entry, a towbar (sans tongue and wiring) and a sports bar for the rear tray.

This is another ute that has just been facelifted, bringing more power and equipment to the range, though prices will go up as a result. Bargain hard on a pre-facelift example for the ultimate deal. 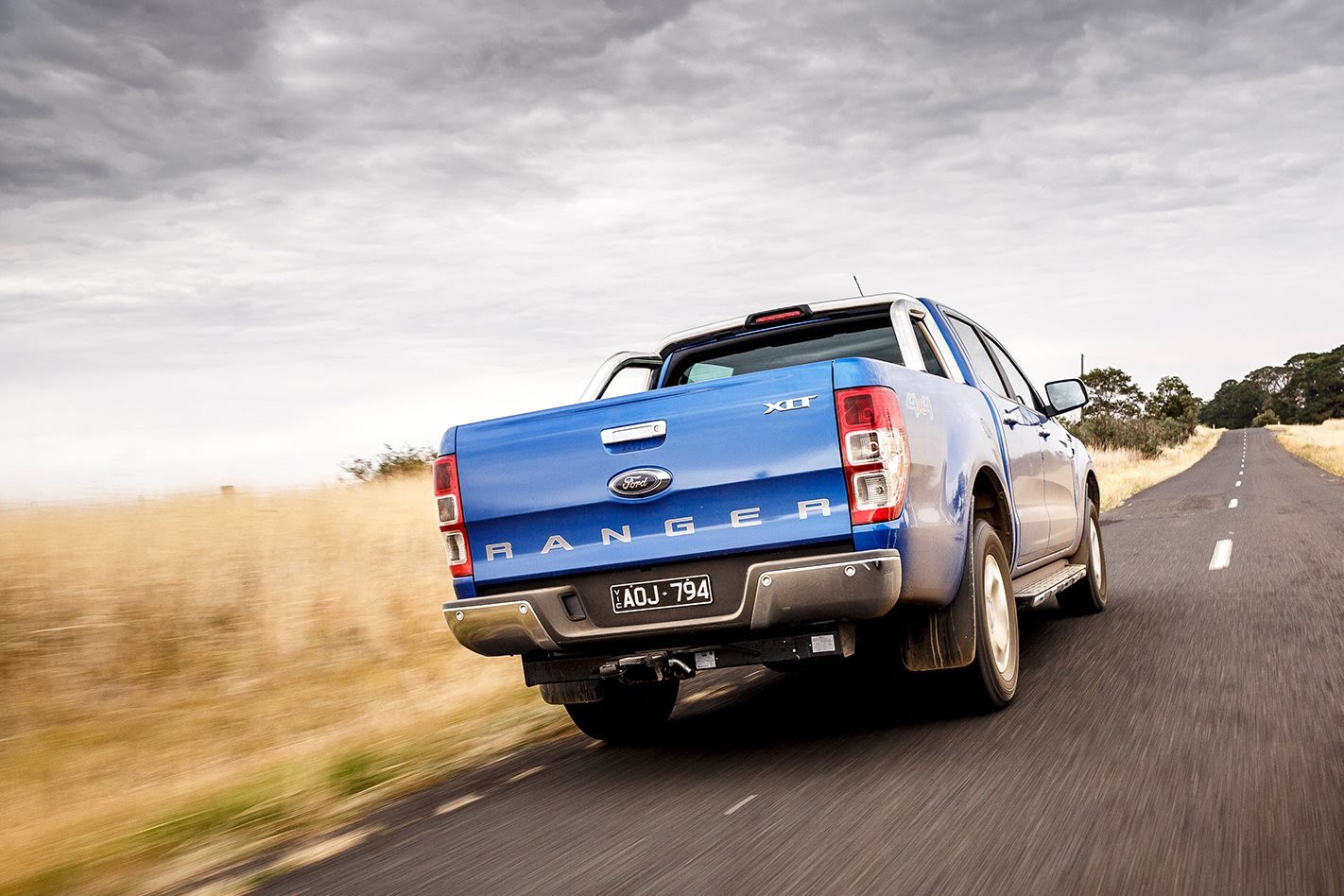