Which model is the best buy?

The Toyota LandCruiser Prado is the quintessential go-anywhere 4WD SUV that’s very comfortable as a day-to-day family car, while being built extra tough for long outback trips. It comes with a 2.8-litre four-cylinder diesel engines in five- or seven-seat configurations. Because it’s designed to travel long distances, all but one special version of the Prado is equipped with a big 87-litre fuel tank and a 63-litre auxiliary tank.

In showrooms from October 2020, the updated 2021 Prado range has received a range of updates including the deletion of the manual versions and the 2.8-litre four-cylinder turbo-diesel engine receiving the same power-boost as the 2021 HiLux and Fortuner.

It also gains a new infotainment system with a larger 9.0-inch touchscreen, Apple CarPlay/Android Auto and MyToyota which adds third-party apps such as Waze, AccuWeather and Stitcher.

Other range-wide additions include day and night pedestrian and cyclist protection for the autonomous emergency braking (AEB) system, lane-keeping assist and road-sign assist.

There are four main Prado variants. The range starts from $59,840 with the five-seat Prado GX that’s powered by the turbo diesel with a six-speed automatic transmission. 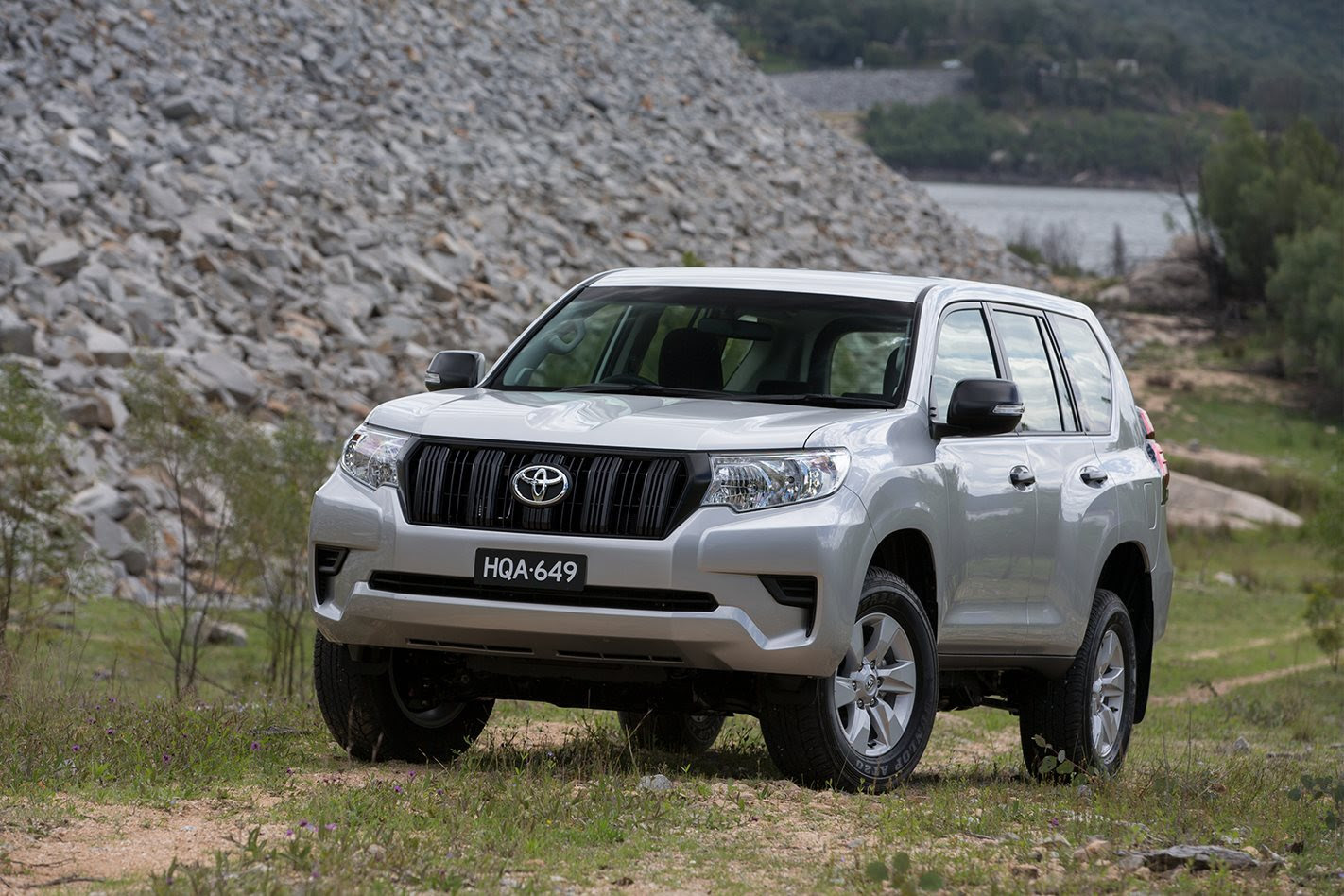 The GX comes standard with five seats, but third-row seating is a $2550 option.

Upgrading from the GX to Prado GXL also brings seven seats as standard along with: 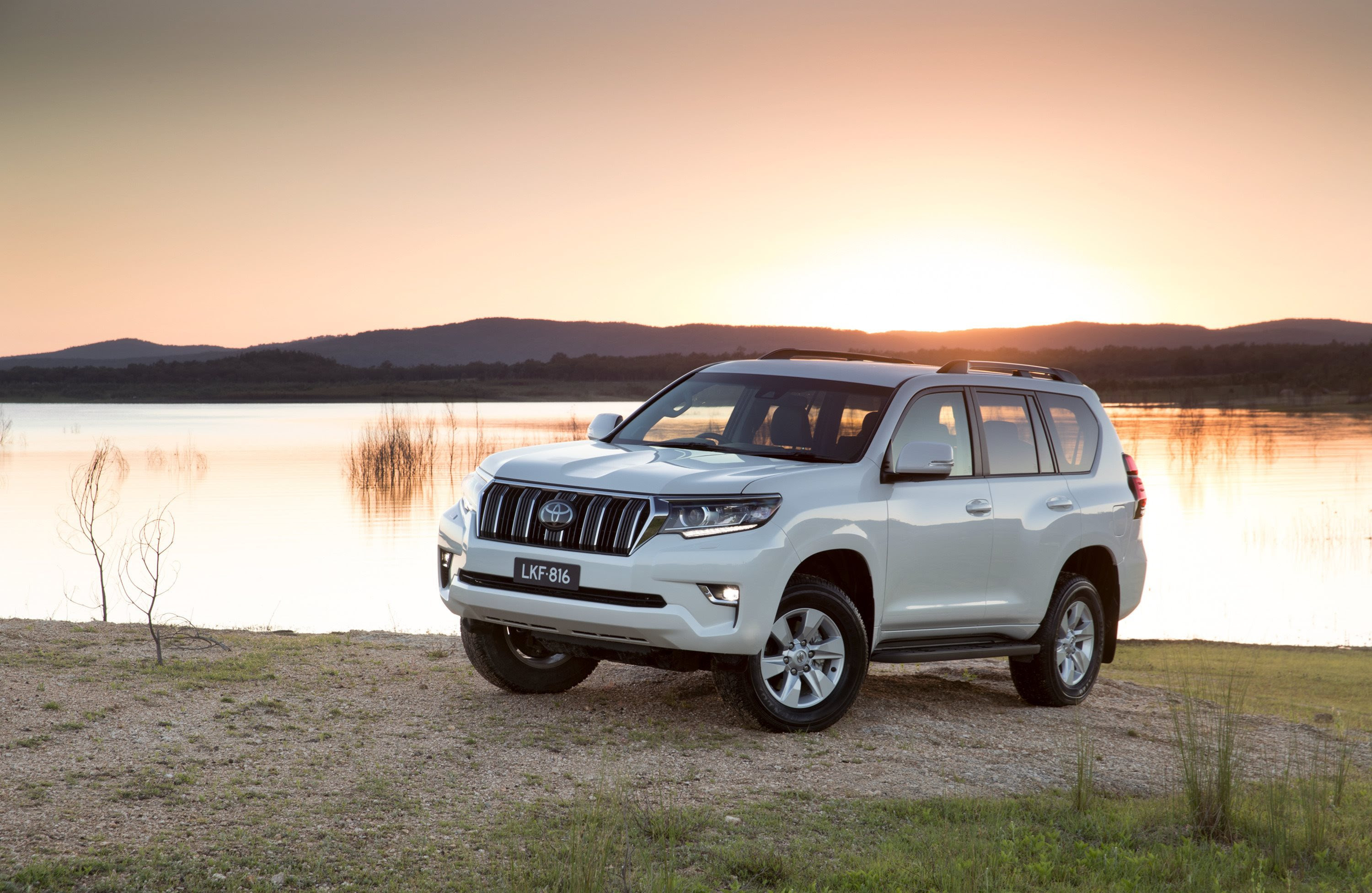 Prado GXL variants can also be specified with a premium leather-accented interior as a $3,470 option.

All versions from the GXL up come with a no-cost option of having the spare wheel and tyre stowed underneath the Prado rather than on the tailgate. 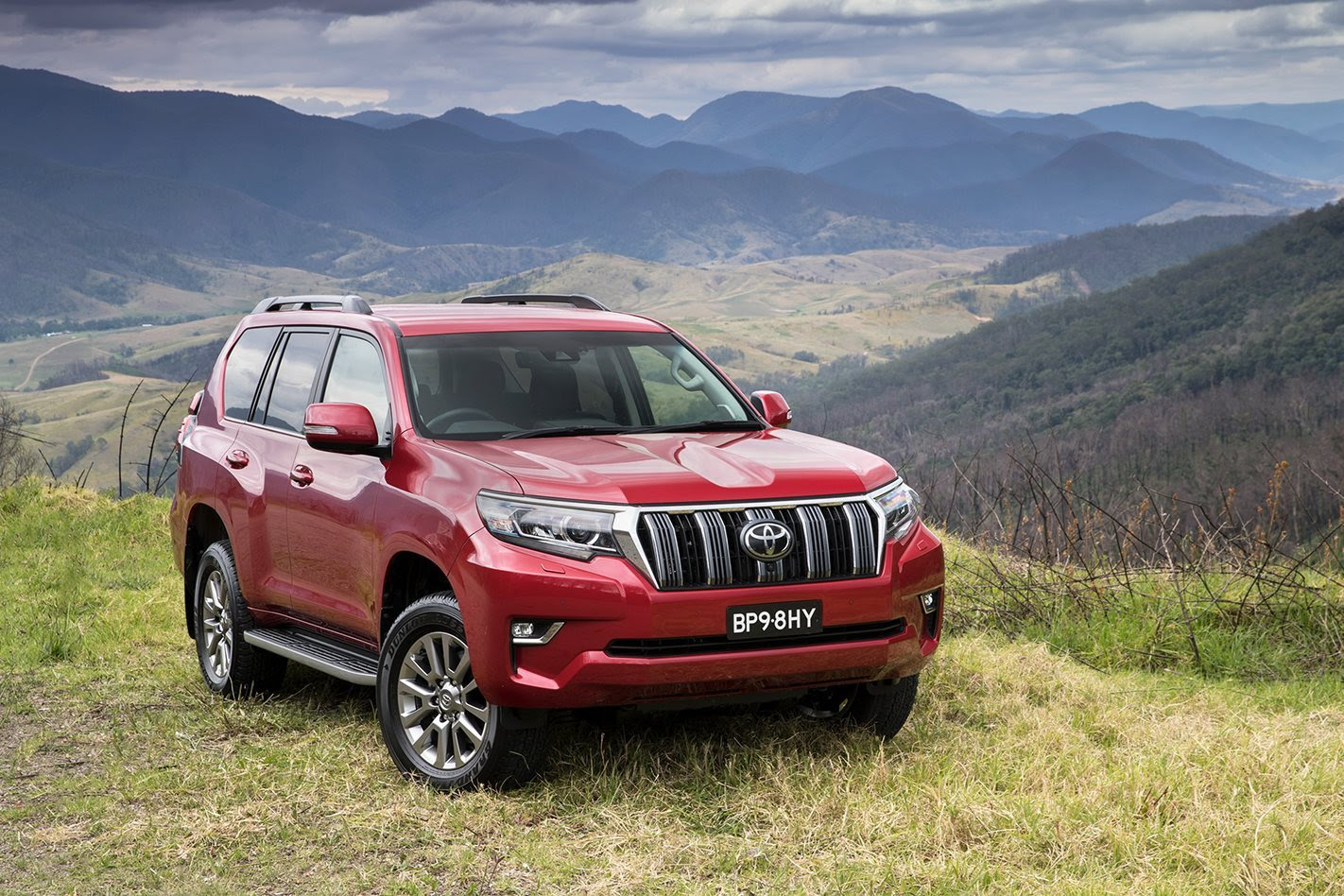 Spend more for the Prado Kakadu and your best additional feature will be its Kinetic Dynamic Suspension System, which gives both flatter on-road handing and more off-road capability. KDSS works by automatically adjusting the tension on the suspension’s anti-roll bars. For some reason, this feature was removed from the VX in November 2017.

The Kakadu also features Crawl Control, which automatically controls the accelerator and brakes through very rough terrain at a speed you select: all you have to do is steer. 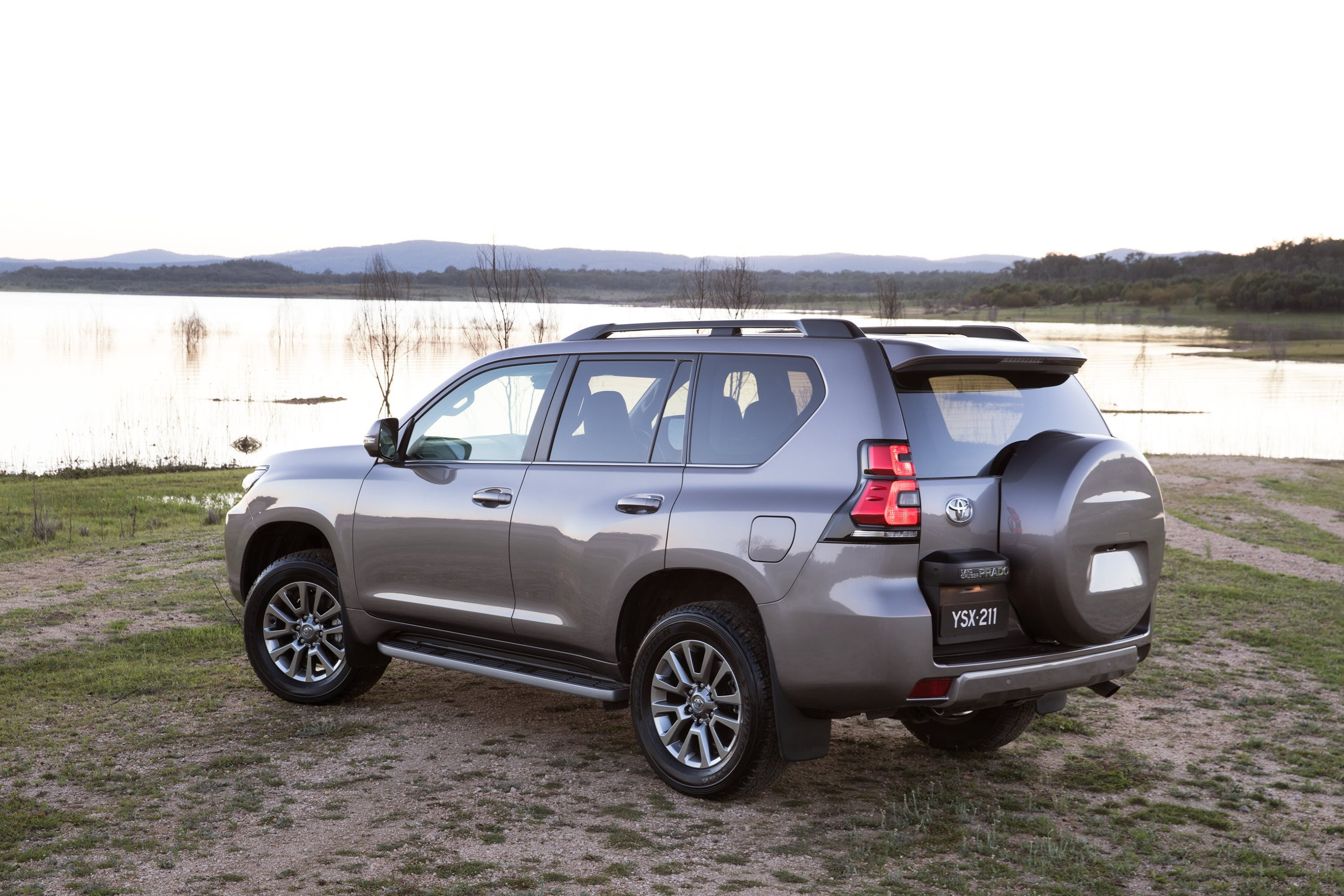 Multi-Terrain Select allows you to tailor stability control and traction control for different off-road conditions. The Kakadu also has self-levelling and height-adjustable rear suspension, and the driver can change suspension settings for a softer ride, or sportier handling.

On the luxury side, the Kakadu has a sunroof and driver’s seat that remembers settings for two different drivers. And a rear-seat DVD entertainment system can help keep children occupied.

All versions from the GXL up come with a no-cost option of having the spare wheel and tyre stowed underneath the Prado rather than on the tailgate.

The VX is great for serious highway and off-road travelling, but the GXL has a good range of standard features and the $10,000 difference from the VX would go a long way to paying for your travels. 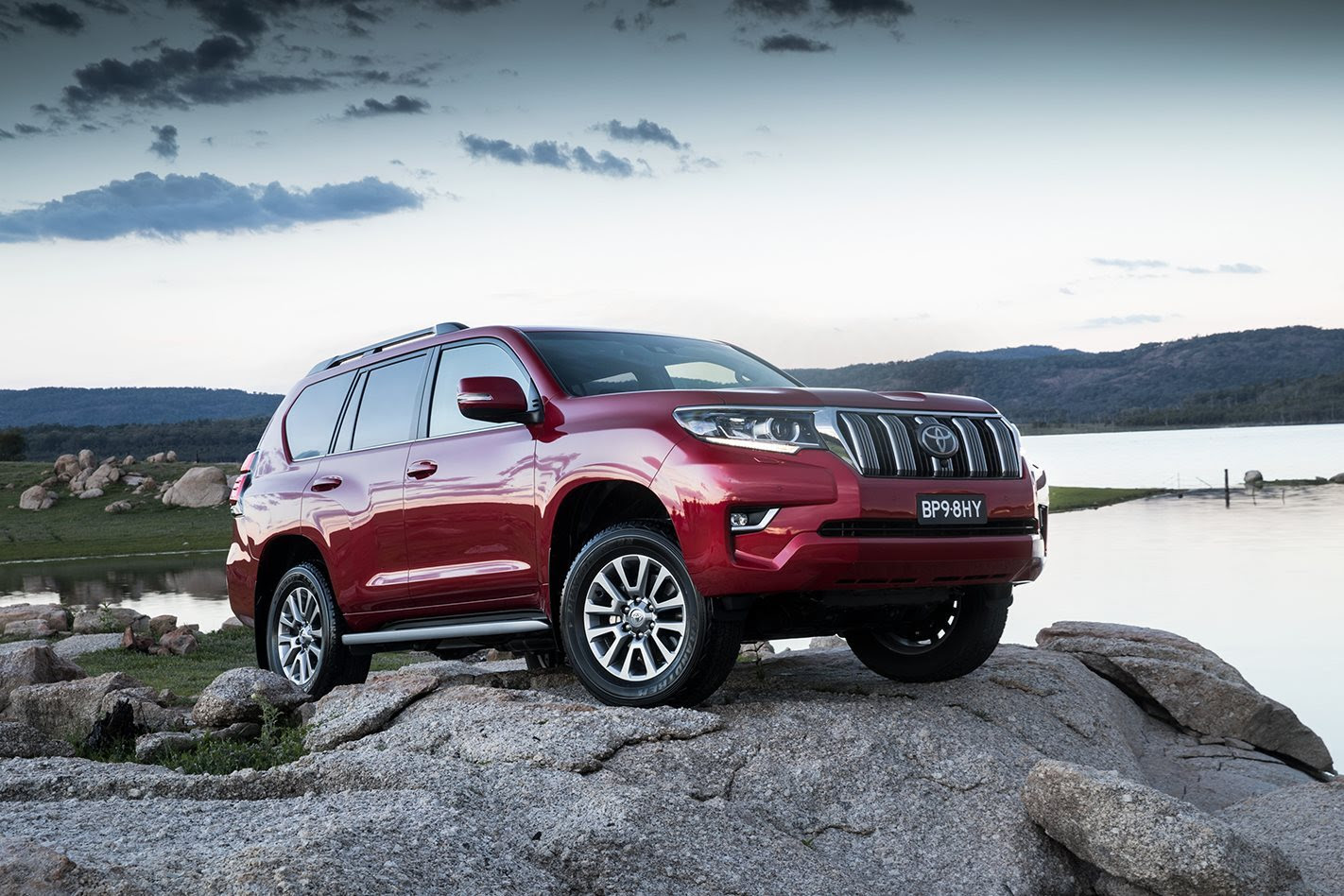