Ford Ranger – Which One to Buy?

Choosing the right Ford Ranger in 2020 is proving to be quite the challenge. There are more than 30 different variants in the Ford Ranger line-up (talk about a growing family!), each with a different combination of engine, suspension set-up, or body design. However, there are some versions that bring a little extra to the table in the battle for your hard-earned money.
Of the 2020 Ford Ranger line-up, there are five ‘special editions’ that add their own unique offerings compared with the regular variants. Standing out from the run-of-the-mill are the XL, XLS, XLT, Wildtrak, and Raptor variants. Could one of these be the perfect Ford Ranger for you? 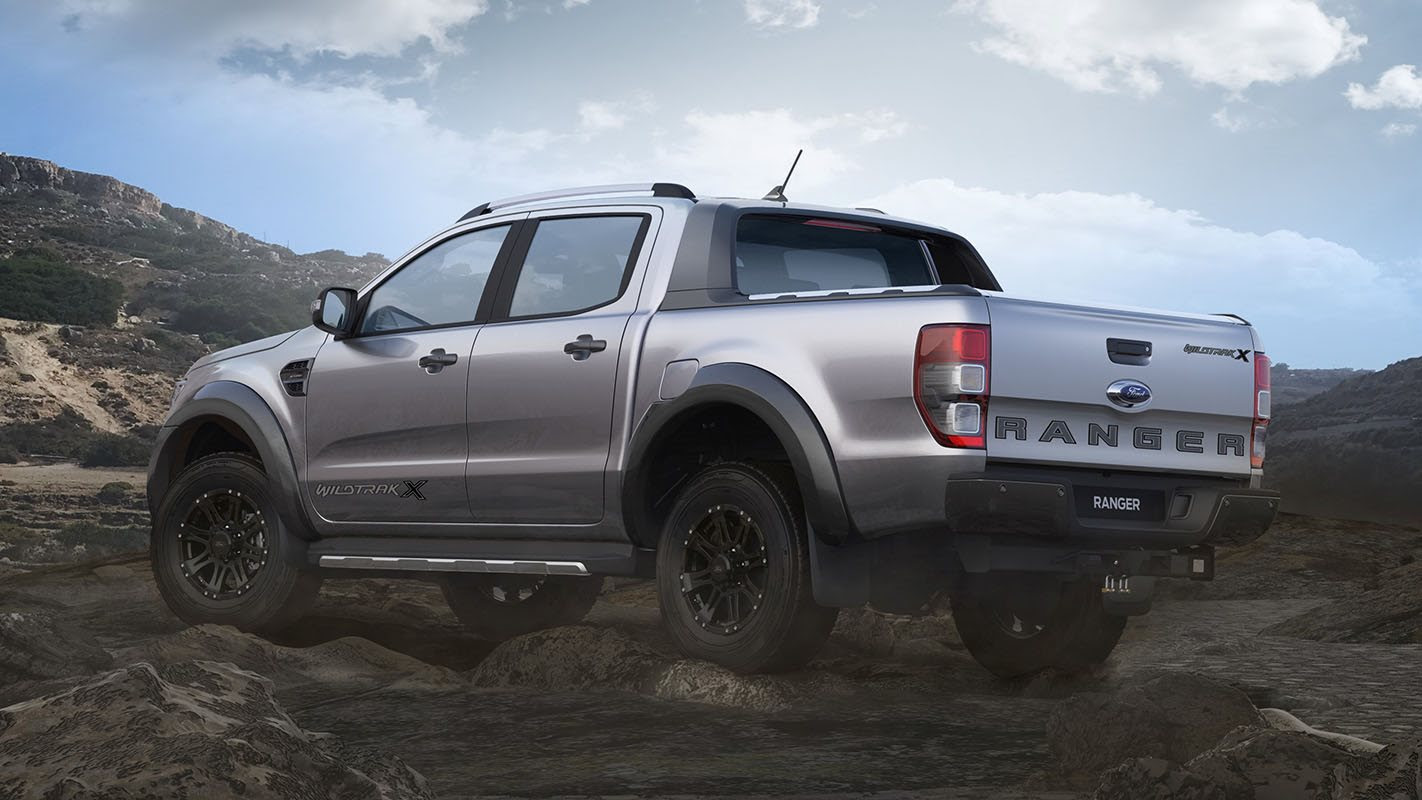 Look, it has special edition right there on the name. This Ford Ranger variant does pretty much what it says on the tin, taking a regular XL and adding some extra equipment.

Available only as 4×4 dual-cab cab-chassis, the XL Special Edition is powered by the venerable 3.2-litre turbo-diesel five-cylinder engine that many Australians are familiar with, producing 147kW/470Nm and mated to a six-speed automatic.

A standard automatic XL Ranger will cost you $48,790 before on-road costs, making the Special Edition good value for someone wanting an entry-level model with some factory-fit equipment. 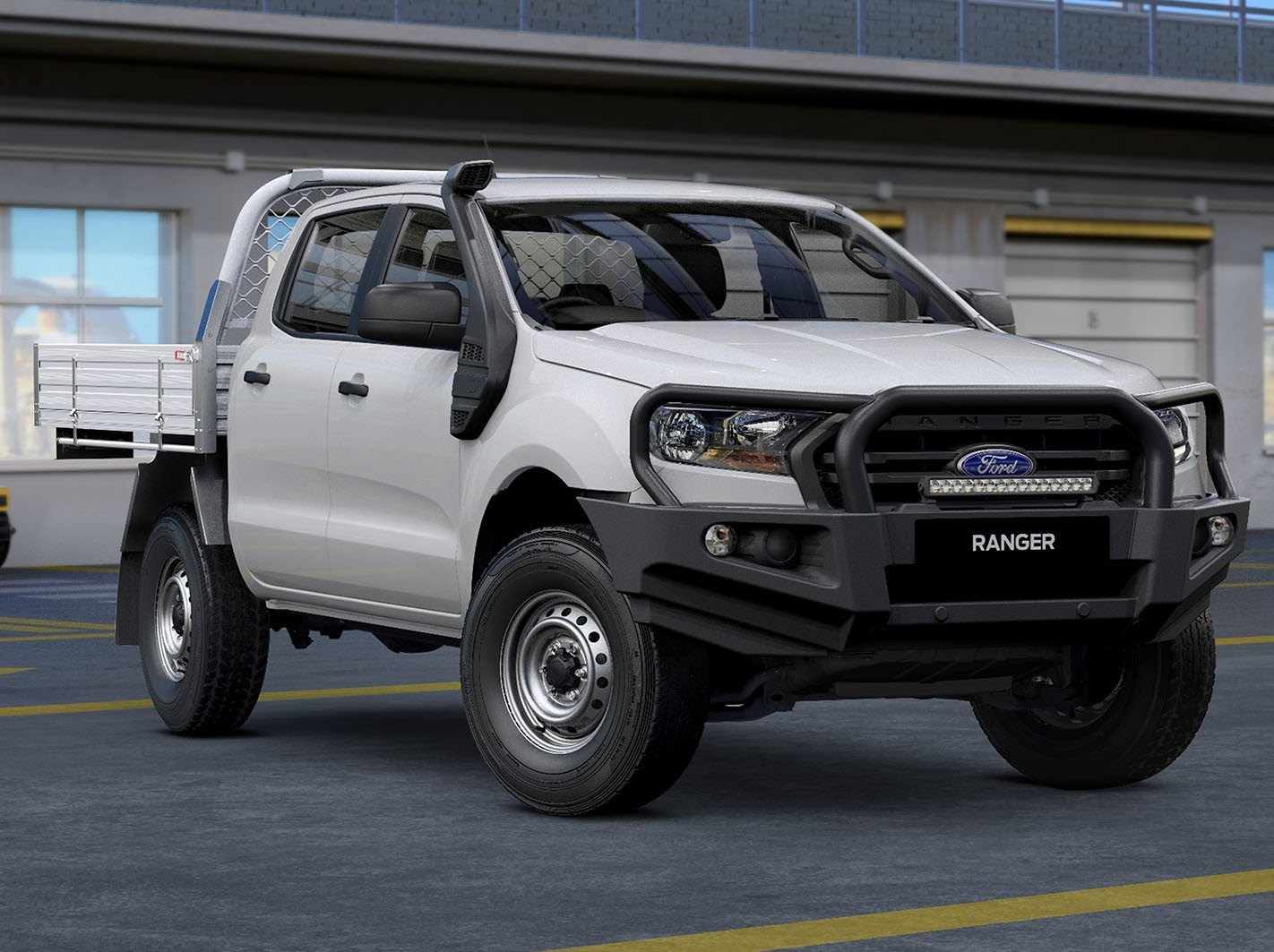 Ford’s marketing department was playing with a straight bat when deciding the name for this variant, and the Fully Loaded is essentially a ready-made option pack for XLT 4×4 dual-cab pick-up variants, costing an extra $1500.

For that, Ford adds gloss-black 18-inch alloy wheels, leather accented upholster, adaptive cruise control and park assist. What you choose to load it with after that is up to you.

Unlike the XL Special Edition, the XLT Fully Loaded pack is available for both the aforementioned 3.2-litre five-cylinder and those fitted with the 2.0-litre twin-turbo four-cylinder unit, which produces 157kW/500Nm, and is mated to a 10-speed automatic transmission. The Double Cab Chassis mirrors regular XLT variants in specification, but instead of a pick-up body, is a cab-chassis (i.e. a tradie-style aluminium tray replaces the uniform body you see on pick-up variants).

That means you get AEB, Apple CarPlay and Android Auto, an 8.0-inch infotainment screen, dual-zone climate control, 17-inch wheels, and a tow-bar tongue as standard. 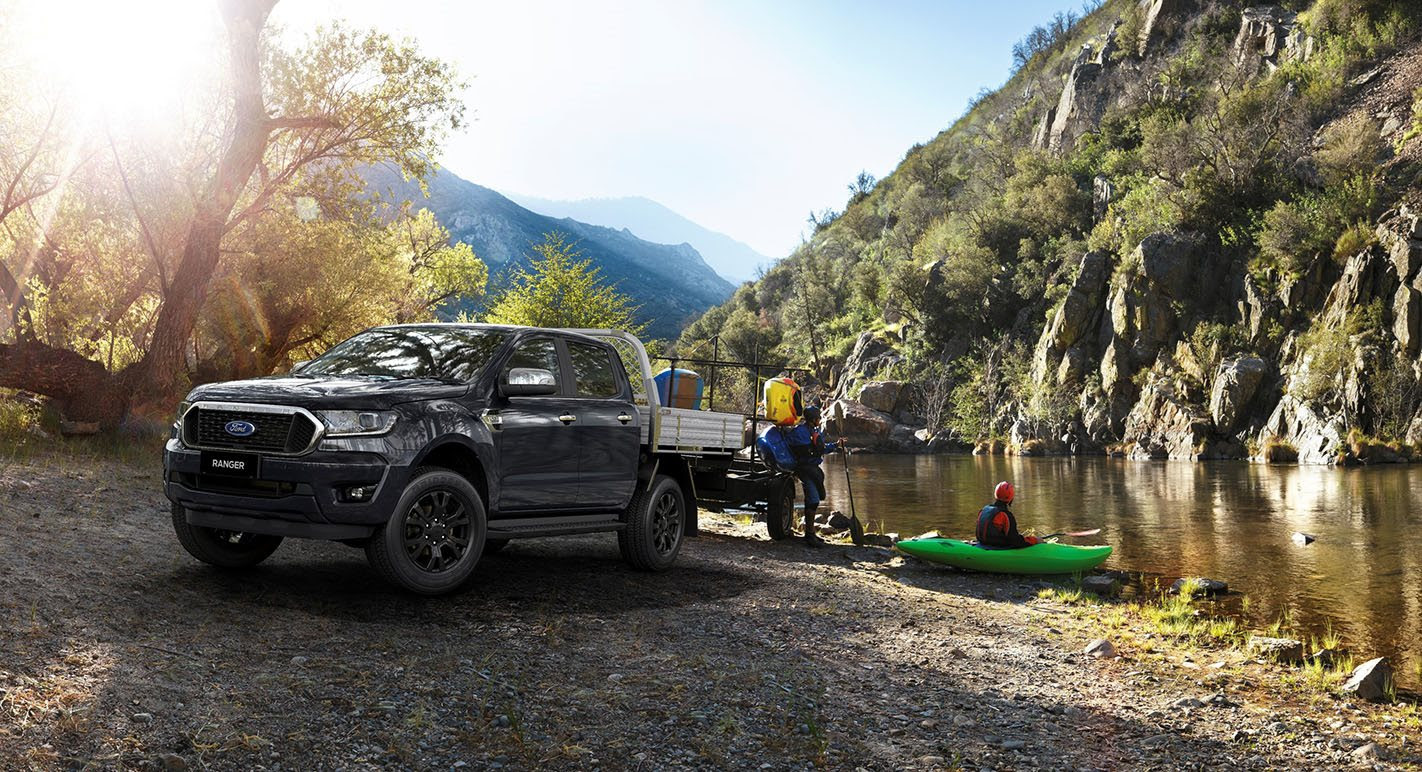 This is the newest special edition to come from Ford Australia, and it sits between the XLT and more expensive Wildtrak and Raptor variants.

The FX4 Max costs $65,940 before on-road costs, and is only available as a 4×4 dual-cab pick-up model. Just a single engine is on offer with the 2.0-litre twin-turbo diesel standard for all.

For the extra cost over an XLT, the FX4 Max’s main benefit is a raft of locally developed suspension upgrades.

The highlight of which is 2.0-inch monotube Fox dampers both front and rear, with those at the back gaining a remote reservoir for hardcore off-road use. Think of it as a Raptor-lite chassis.

Despite its new dampers, the FX4 Max has the same coil spring suspension up front and leaf spring set-up out back that all Rangers have, while the Ranger Raptor has coils and different geometry on each corner. However, the FX4 Max layout has been tweaked slightly by Ford Australia engineers to improve the ride and refinement. Complementing the suspension is the same BF Goodrich All-Terrain K02 tyres used by the Raptor, wrapped around 17-inch alloy wheels.

All-up, the FX4 Max gains an extra 19mm of ground clearance compared to the XLT, with improved approach and departure angles for the off-roading anoraks.

So, why should you go for the FX4 Max? Well, it is essentially a cut-price Raptor, getting beefier suspension and tyres, without sacrificing hauling ability.

Inside, the FX4 Max matches the XLT in specification, with the exception of leather and suede seat upholstery, all-weather floor mats. The addition and control of accessories is made more seamless with uprated alternator and associated dash-mounted switch pack that allows you to control retrofitted extras such as light bars and winches from the driver’s seat. 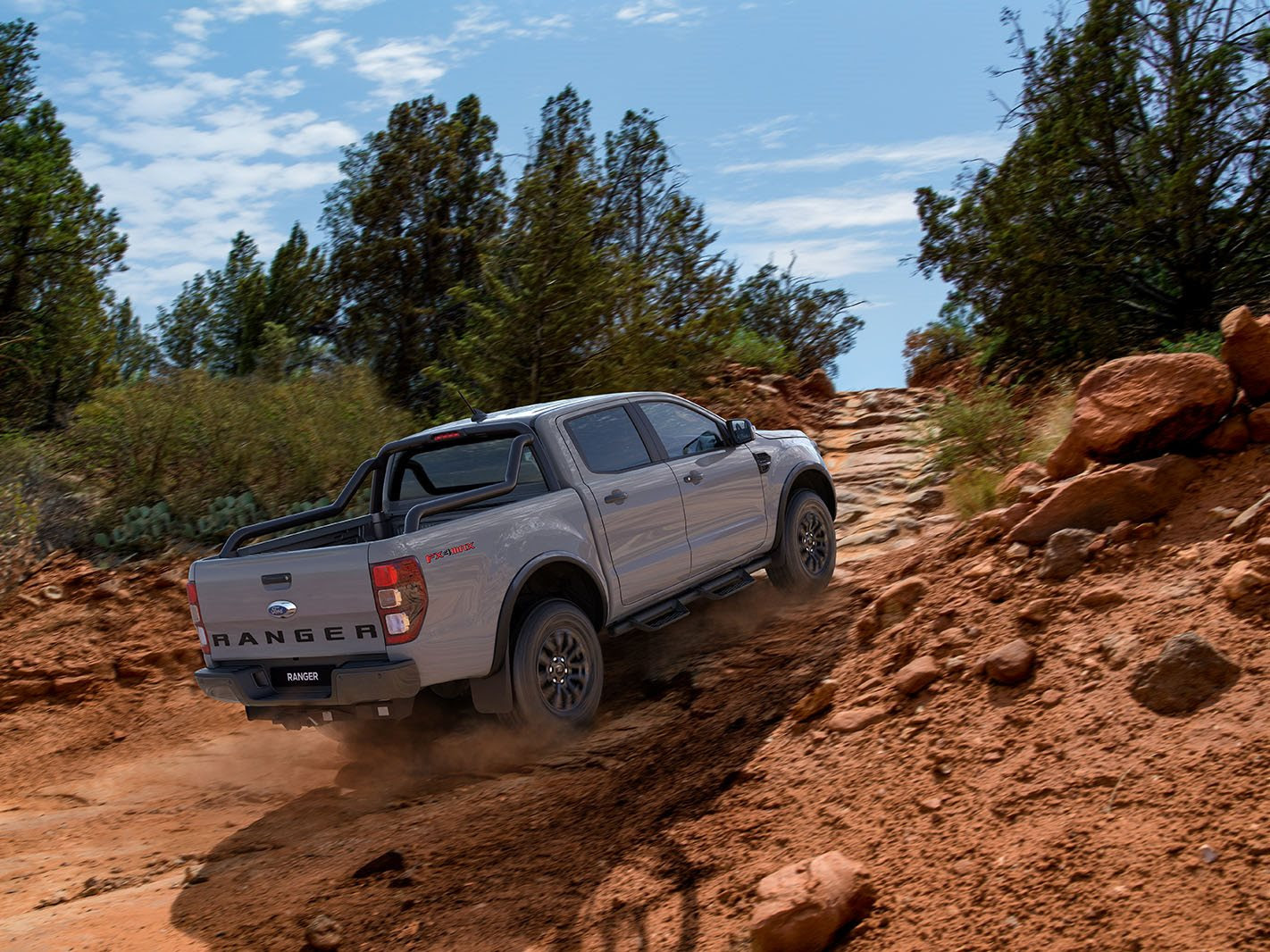 The most expensive special variant offered by Ford, the Wildtrak X, takes what makes the Wildtrak one of the most popular Ranger variants on sale, and adds a slew of extra equipment.

For that, you get bi-LED headlights, a power roller shutter on the tray, FordPass Connect for remote vehicle start/stop from your smartphone, 18-inch wheels, fender flares, a black-finish nudge bar with LED light bar, and snorkel. 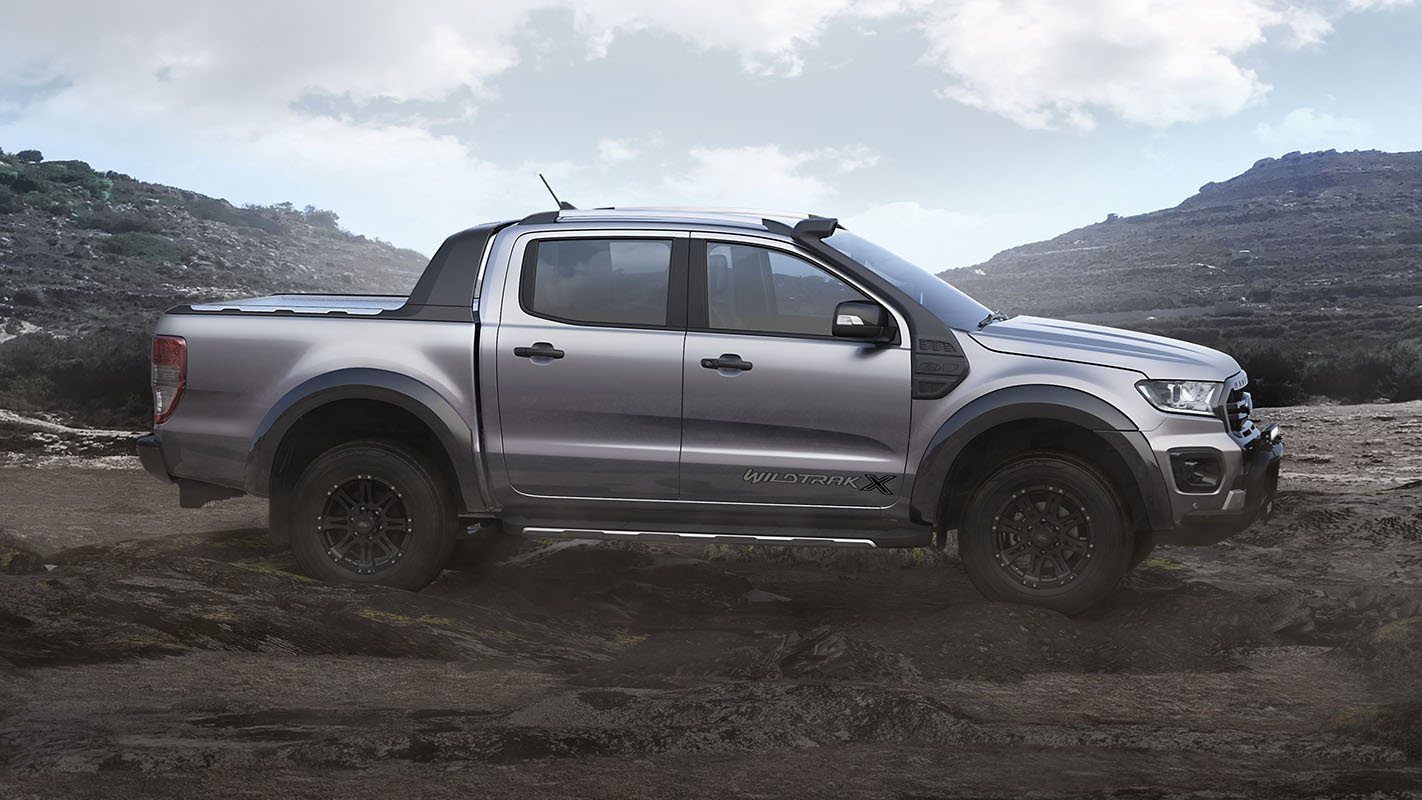 That amounts to about $6000 worth of extra kit over a regular Wildtrak, but the X only adds $2000 to Ford’s asking price.

The Wildtak and Wildtrak X can only be purchased as 4×4 dual-cab pick-up models. If you want a flash Ranger but can’t stretch to the flagship Raptor model, the Wildtrak X makes a compelling case for itself. 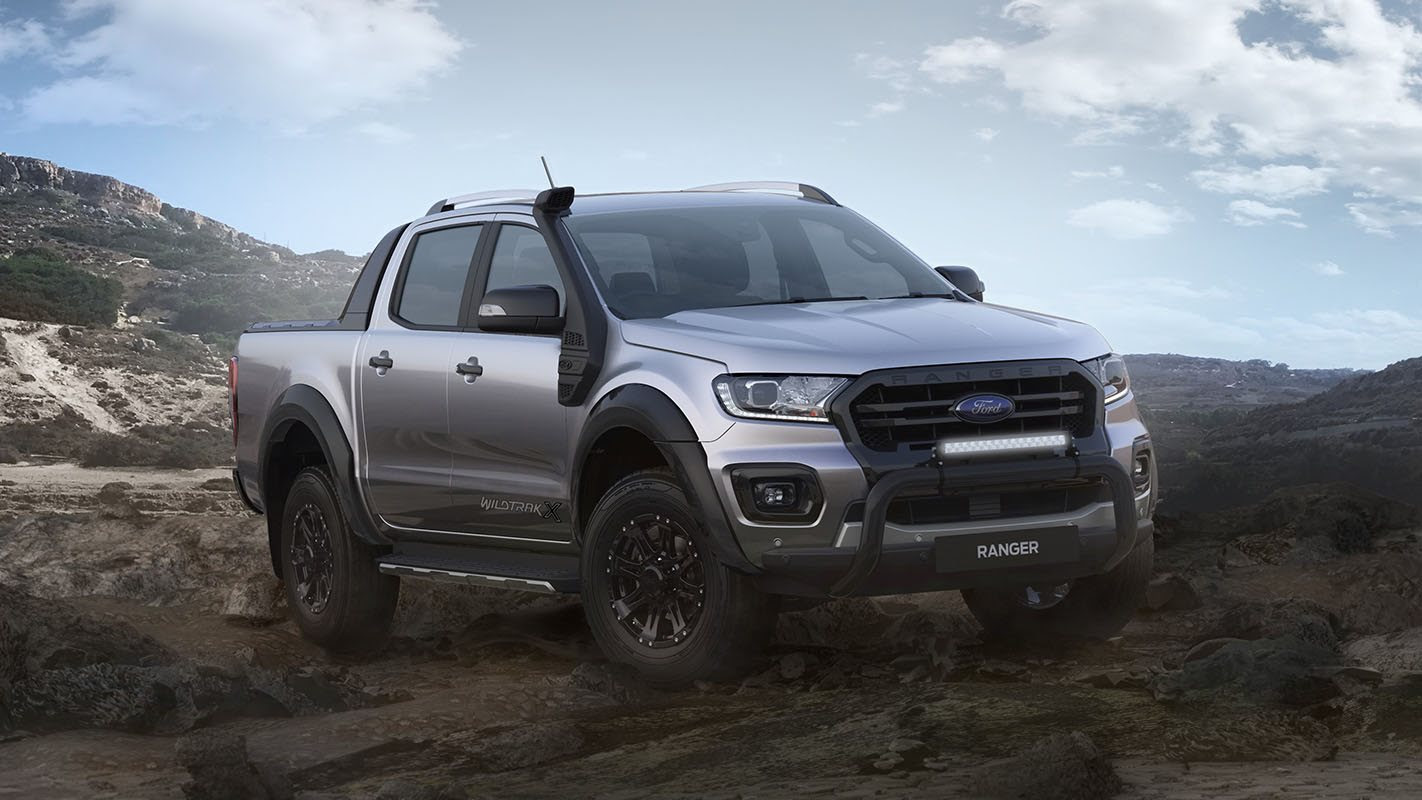