Combatant seven-seat Japanese SUVs. Which is for you?

We get it, sub-$40K seven-seaters aren’t much to get excited about, but the contemporary urban market tells us that crossovers have eclipsed wagons and vans as the choice for growing families. And they’re not all a bucket of boredom, despite the keen pricing of this petrol duo.

Beyond the Mitsubishi Outlander – the dead horse that the Diamond Star continues to flog with success – is the X-Trail that’s well-mannered and a better pick. But in enters Honda’s new CR-V, which plans to ruffle up the pecking order in this seven-seat stoush. It is just a few green notes more expensive than the older X-Trail – $38,700 plays $38,990 – and on paper it might appear that the Honda’s techy turbo engine and flash gear will land an early knockout blow, but the X-Trail has family-important features that keep it slugging for another round.

Standard equipment in the Nissan includes AEB, forward collision warning, rear cross-traffic alert and a 360-degree camera – all of which is missing in the Honda. The CR-V also lacks AEB, which is a glaring omission in today’s market. What the Honda does have is a right-side lane-watching camera, curtain airbags for third-row occupants, three different reversing camera modes, and front and rear parking sensors. And it appeals in the showroom with a big panoramic sunroof, electric opening tailgate, rear ventilation, a full-size spare (against the X-Trail’s space saver), smart keyless entry and automatic rain-sensing wipers.

Both sport alloy wheels (18 inches on the Honda vs 17s for the X-Trail), heated leather seats with electric front pews (driver’s side only for the Nissan), LEDs, foglights, roof rails, climate control, a 7.0-inch touchscreen, and five-year/unlimited-km warranty periods. 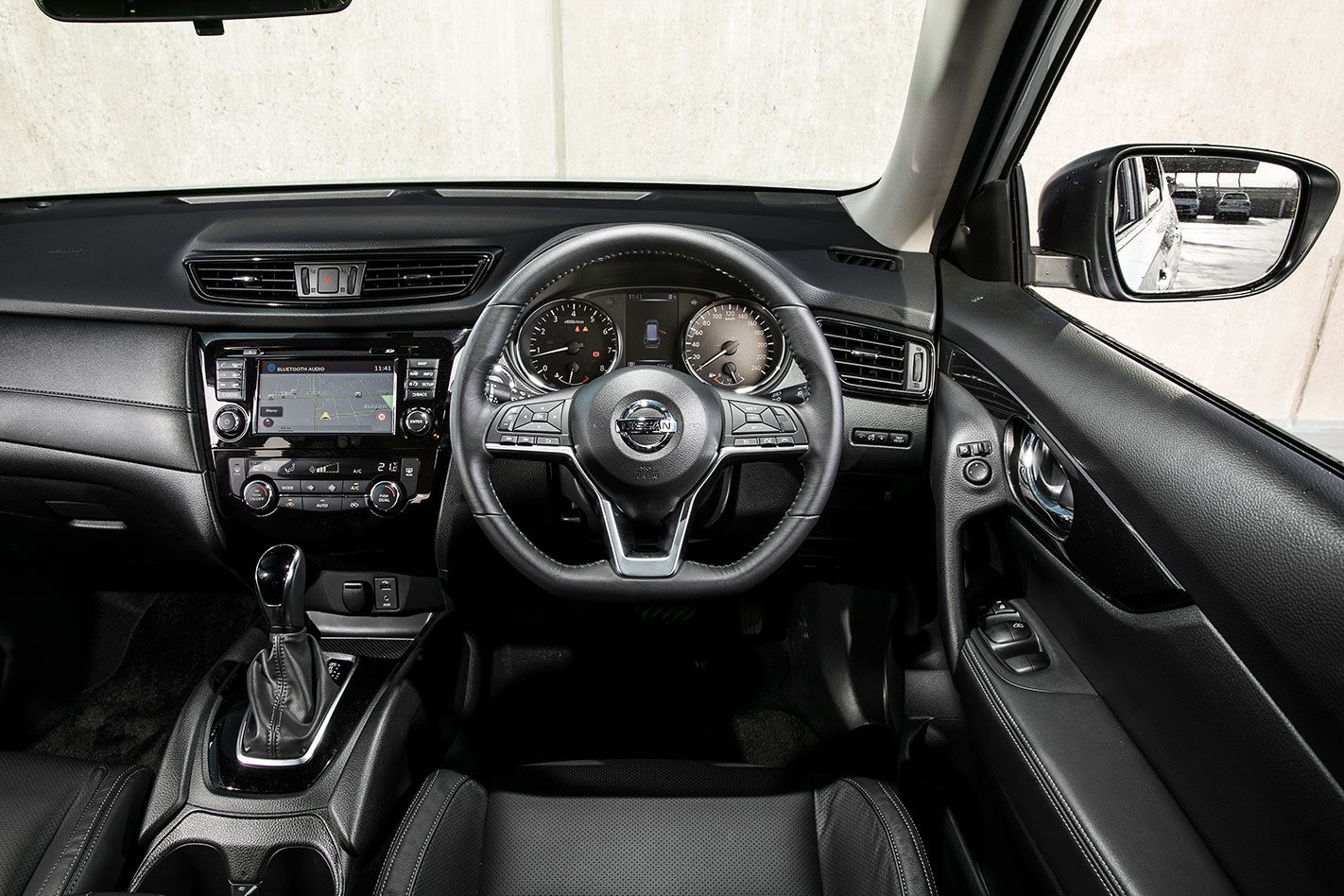 The CR-V’s third row has adequate legroom for occasional coaching, whereas the X-Trail’s paper-thin cavity puts its seven-seat claim into question. Slide the Nissan’s middle seats forward to liberate space and the second row becomes uncomfortable. The CR-V’s second row is spacious with all seats in operation.

The Honda also has a more modern design inside and nicer-quality touch points around the cabin. Its technology is easier to use too, like the touchscreen with Apple CarPlay and Android Auto connectivity which are absent from the Nissan’s clunkier system. The Nissan can’t match the Honda’s quality in stitching, buttons and trim elements either. Both have enough grunt to haul seven but the X-Trail’s powertrain feels a generation behind compared to the Honda, which abounds with energy in comparison. The CR-V’s 1.5-litre VTEC turbo generates 140kW at 5600rpm and 240Nm from 2000-5000rpm, some 14kW and 14Nm more than the Nissan’s atmo 2.5-litre. The X-Trail’s milder 226Nm doesn’t hit its stride until 4400rpm, so it needs to rev and it works the CVT harder than the Honda.

Unladen, both are pretty easy to poke about the ’burbs, but the CR-V’s chassis is more composed than the softer X-Trail and feels better through the tiller in terms of feedback and feel. One-inch-larger alloys with lower-profile rubber on the Honda might attribute to a slightly less-plush ride, but its general bump compliance is still good, and combined with more deft handling, it trumps the Nissan. 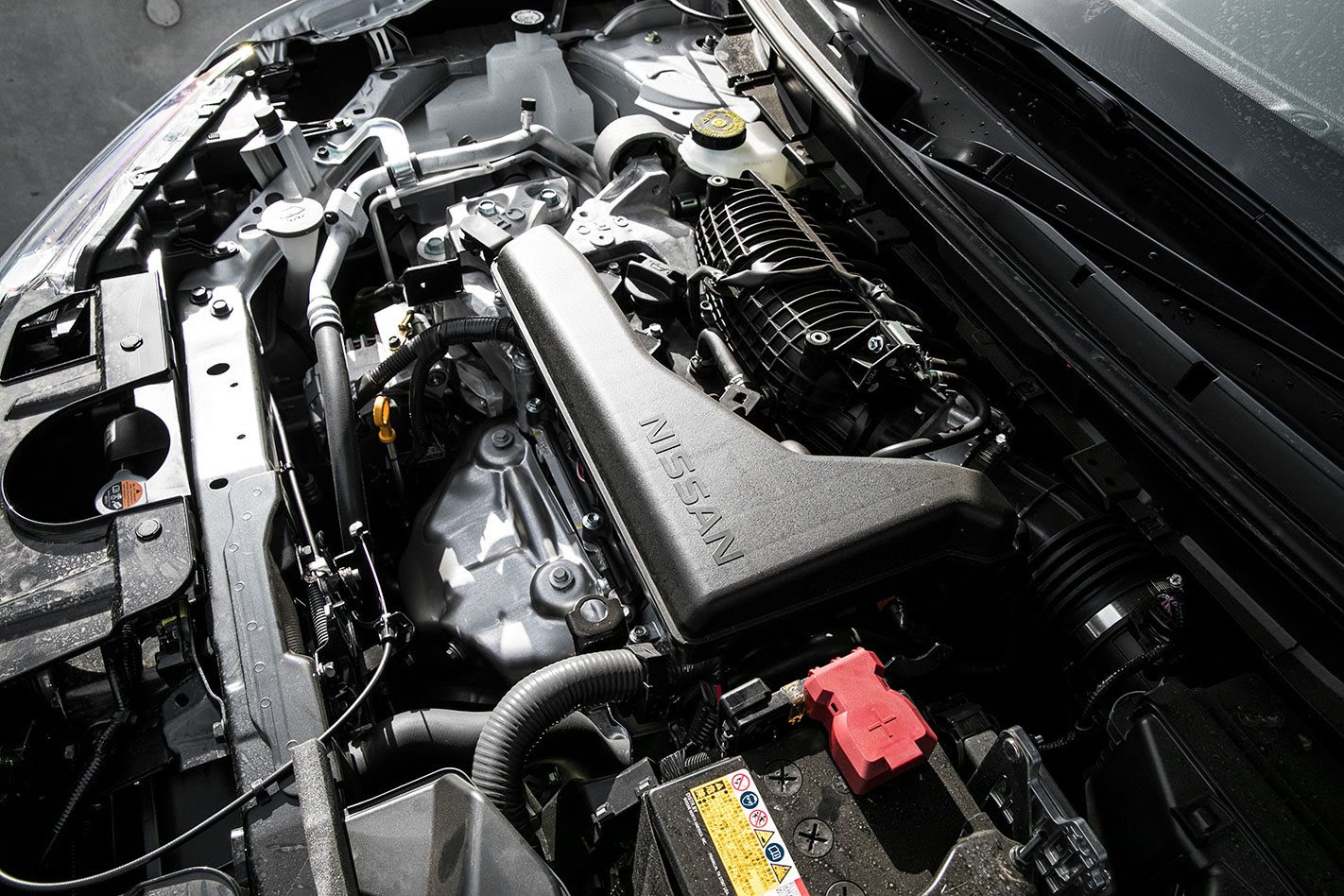 Absent safety tech is the Honda’s weakest link, and the company really should make AEB standard across the range in this most family-oriented of cars. But overall the CR-V is the better vehicle and it shines in most areas compared to the X-Trail. The interior is well equipped and comfortable, the engine is responsive, the ride/handling balance is well considered, and its price is attractive.